“So what’s it all about, do you really wanna know?” – Cast 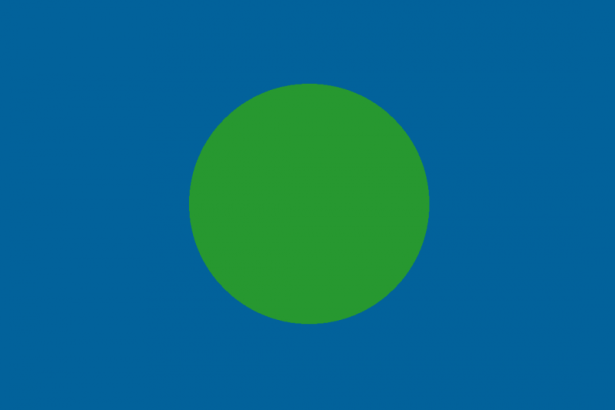 The latest weird and wacky adventure on my backpacking journey was to the little known country of Adammia. Officially known as the Empire of Adammia, this is a country which is landlocked by, and borders England and the United Kingdom. Geographically, the Empire of Adammia is “somewhere in Yorkshire”. But what’s it all about? I headed there as the first tourist to check this wacky nation out, meet the leader, buy some stamps and the local newspaper and try the local wine. My story was big enough news in Adammia to make the national newspaper (in both the online and print versions). 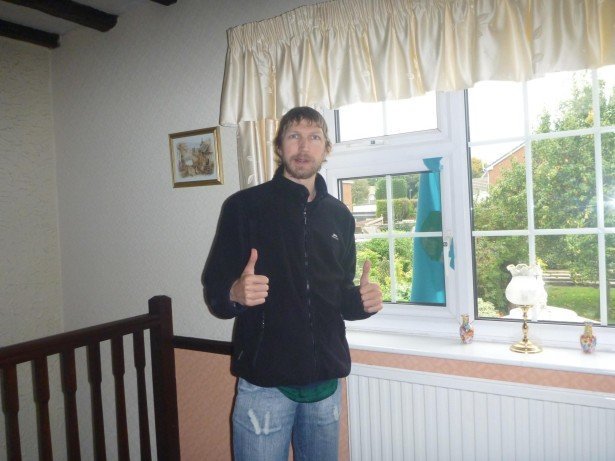 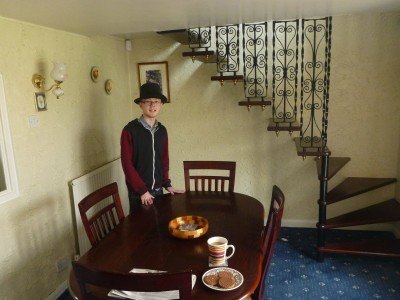 Emperor Adam the First in his lair, and his world – Adammia

What the duck is the Empire of Adammia?
The Empire of Adammia is a country landlocked within West Yorkshire, England, United Kingdom. It is a self declared country and micronation. It has its own postage stamps, its own national newspaper, its own government, treasury, flag, border and they even produce their own wine (and trust me – it’s damn good!). It is a fully functioning legitimate country. 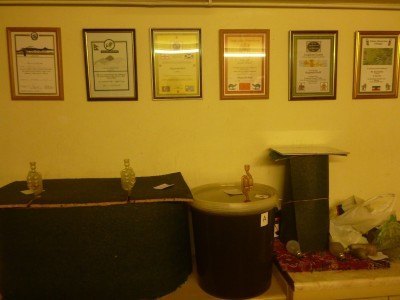 Capital Brewery in the Imperial City, which is in the Tytannia Province, capital of Adammia

Where is The Empire of Adammia?
The Empire of Adammia is a secret and unknown nation. The exact location of the country, and even its capital city, cannot be given out. It is private information. It’s a secret nation. But what I can tell you is that the capital city is called the Imperial City and it is housed in the Tytannia Province. The Tytannia Province of Adammia has a clear border within the region of Yorkshire in England. It’s landlocked within Yorkshire, to be precise, West Yorkshire. In terms of nearest towns or cities, I can tell you that Leeds, Barnsley and Wakefield are all close by. They are near Adammia. The website of the Empire of Adammia has all the information you need, and all you will find out. The rest, is a secret. Luckily I’m in on the secret and all I can reveal is that the country, the Empire of Adammia is somewhere on this map. 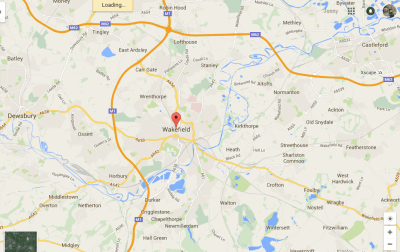 When was the Empire of Adammia Created?
13th April 2013. The country was 2.5 years old when I visited.

Visas for The Empire of Adammia
While the Empire of Adammia was formed as a separate country within England, it maintains its position within the EU boundaries, as England and the United Kingdom are in the EU. Visas for Adammia are not issued, however you will need to have a legitimate UK visa to be able to visit Adammia, as you have to cross from the UK into its territory. Adammia is landlocked within England, but parts of the border are inaccessible, mostly due to high walls or the fact that the neighbouring houses are of course private property. 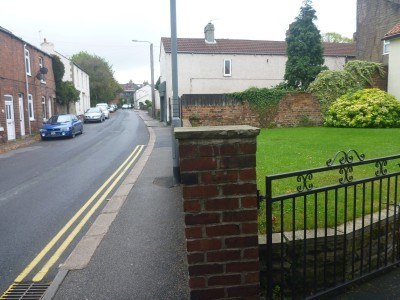 Border Control and Passport Stamps for Adammia
I have written about my border crossing experience from West Yorkshire in England to the Tytannia Province of Adammia in detail. No passport stamps are currently issued. One thing to note is that Adammia has scattered provinces (a total of 5) that border England, so there are more than one ways to cross the border. I actually visited other parts of Adammia other than Tytannia and the capital city (The Imperial City). I visited Maternia (a Province) and the Jagstonian Plains (a claimed territory). During my entire time in Adammia, I was there as a recognised and official tourist. It was organised by the Head of State, Emperor Adam the First. 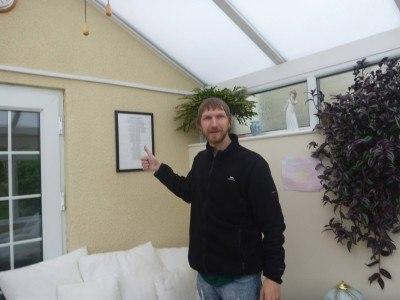 There was no official border control but I did enter the Governor’s Residence and went through the official means of visiting the country.

Accommodation in Adammia
The government of Adammia do not actively promote tourism and I was the first backpacking tourist to visit the Empire of Adammia. For this reason, the country has no hotels or guest houses at present for tourists to stay in. However, you can stay nearby Adammia, just across the border in the cities of Wakefield or Leeds. There are plenty of hotels to choose from. I actually based myself in Manchester at the Park Inn by Radisson. 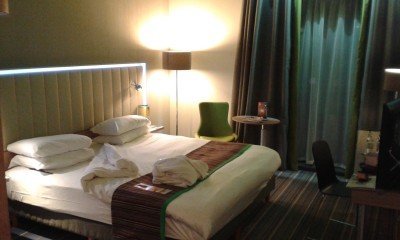 The Park Inn By Radisson in Manchester City Centre, England

Transport in Adammia
The Empire of Adammia has no internal public transport of its own, nor does it have any bus or train station links to bordering England. The nearest main bus station is across the border in England and the nearest train station is also in England, however due to secrecy we can’t really reveal the exact location of these nearest stations. 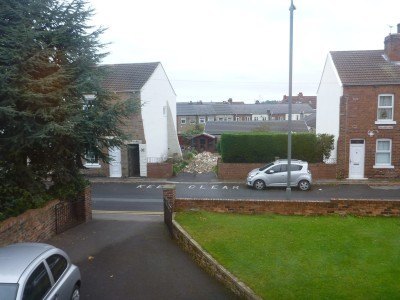 One of the private cars of Adammia can be seen on the bottom left of this picture.

The country does have cars though but they are privately owned and run. I was there as an official tourist guest with the Adammic government and therefore I was permitted to be transported in one of the cars. Hitch hiking is not really an option, as the person that picks you up will not have a clue where the f**k Adammia is, besides hitch hiking is difficult in these parts. In general, Adammia has no transport issues, and as you will find out they even have a quad copter in the capital. 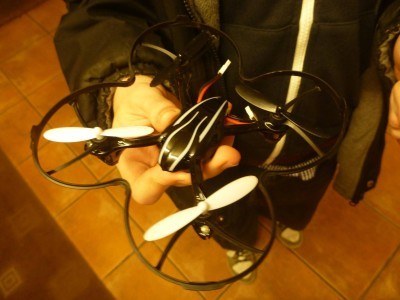 A quad copter in Adammia

Sightseeing in Adammia
As a long term backpacker, the key topics we all want to know is, are there some ice cool backpacking sights in the Empire of Adammia?? And yes there are and lots of cool sights but, I’ve saved that for my Top Sights in Adammia article!! So stay tuned on here and follow my Facebook Page and Instagram feed. 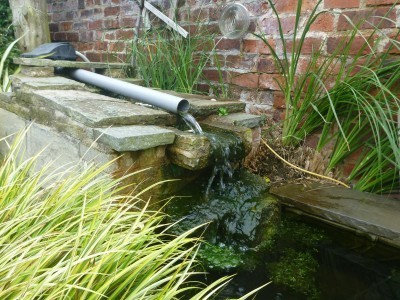 Touring the sights of the Tytannia Province

Safety and Taxes in Adammia
The Empire of Adammia is a safe nation and taxes are not paid or charged internally. All Adammic citizens respect the tax laws in place within the United Kingdom, and as such adhere to the UK’s tax system, some of the population work in England, UK. 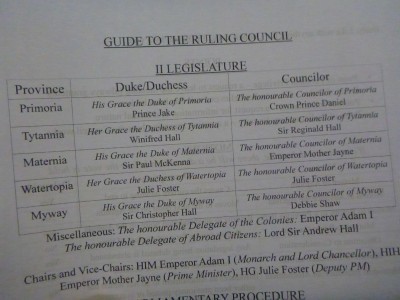 Guide to the Ruling Council 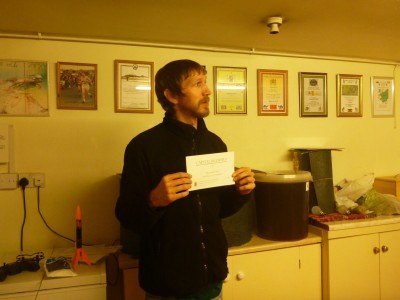 I met 6 Adammians on my visit, plus three non-human residents (a dog called Billy, a bird called Billy and a fish). Sir Reginald Hall, the grandfather of the Emperor, is the Empire’s oldest politician. He has a long history of occupying key positions such as being the Chief Advisor to the Monarch. Today, he is the Minister of Finance of the Empire. He doubled up as my driver for the day. 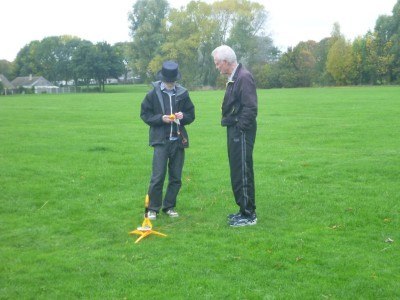 Emperor Adam I and His Grace Sir Reginald Hall COA

Language of Adammia
On arrival in Adammia and during my border crossing adventure from Wakefield Westgate, I’m greeted in English with a Yorkshire twang. English is the main language of the country and the interpretation of it is definitely representative of the Yorkshire region of England. I didn’t have any communication issues despite possessing a Northern Irish accent.

Currency of Adammia
Adammia does NOT have its own monetary currency unit, and uses the Great British Pound (GBP, £). The country has an organised treasury in place, where Adammians contribute 50 pence to the Adammic government per month for the upkeep of the country. 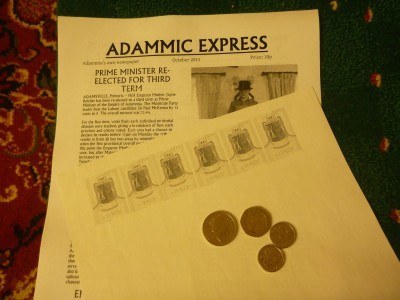 During my visit I purchased some Adammic stamps and the Adammic Express, the national newspaper. Souvenir sales help with the country’s economy and wine produced on site at the Capital Brewery can also be sold for profit, although internal consumption is preferred as the wine is delicious. 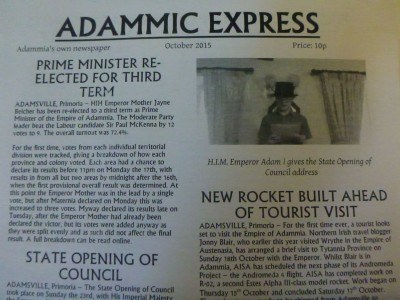 Capital City of Adammia
Despite the fact that Adammia is a small country, it still has a capital city. The capital city is known as The Imperial City and is in Tytannia Province. The main building of the Imperial City is split into various rooms and departments and is also known as the White Gold Palace due to its distinctive colour. 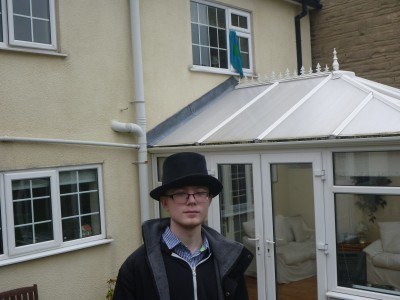 National Flag of Adammia
As displayed on their website and below, the national flag of Adammia features a green circle on a blue rectangle. The idea comes from the Japan flag and the colours are simply Emperor Adam the First’s favourite colour. The flag flies proudly from the upper floor in the White Gold Palace and being pictured next to it is a highlight of any tourist visit. 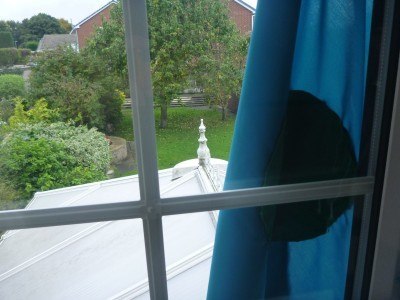 Regions within Adammia
Adammia is bigger than you would think and it has some scattered regions, most of which border England.
The Empire of Adammia has five clear Provinces:
– Myway
– Maternia
– Tytannia (which houses the Imperial City and the White Gold Palace – the capital)
– Primoria
– Watertopia
Each province has a distinct role to play within the country. It is also important to be aware that each province is also bordered and landlocked by England.
The Empire of Adammia also has two clear Colonies:
– Borealia
– Adammic Columbia
Borealia borders Devon and England. While Adammic Columbia borders the USA.
The Empire of Adammia also has two claimed territories:
– Dearneland
– Jagstonian Plains
I was able to tour three different parts of the nation on my debut tourist escorted tour of the nation. I toured these three parts:
1. Maternia – I briefly visited Maternia where I met the Prime Minister Her Imperial Highness Emperor Mother Jayne Belcher PM COA. The Prime Minister joined part of the the tour and accompanied me on my visit to the country’s capital city.
2. Tytannia – I had two separate visits to the Tytannia Province. I toured the capital city extensively and the outskirts of the Province.
3. Jagstonian Plains – I attended an attempted rocket launch at Jagstonian Plains. It actually reminded me of my visit to the nation of Orly in Austenasia. The similarity was that they were both green natural park areas on territory that appears to be jointly claimed by England (the UK) and Adammia. 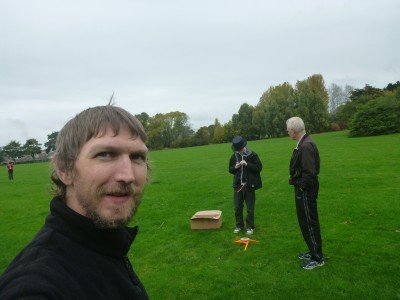 5 Random Facts About Adammia
There are some really cool and quirky facts about Adammia and their people.

1.Emperor Adam I is the 11th cousin (once removed) of Jonathan Austen, Emperor of Austenasia.
2. His Grace Sir Reginald Hall COA has hiked up Mount Kilimanjaro, to Everest Base Camp and from John O’Groat’s to Land’s End.
3. On 19 Feburary 2014, Emperor Adam I celebrated his 16th birthday, when a 21-gun salute was fired and he published a Birthday Honours List, increasing the size of the Order of Adammia massively.
4. The Capital City of Adammia contains an ancient map of the Yorkshire region in which it is based. A waterfall in the current Tytannia Province has been named Shooter Falls as a result of the name Shooter appearing on this ancient map.
5. The country produces its own wine and beer and is probably the smallest nation in the world to possess a Brewery – I toured Capital Brewery and tried two types of wine. 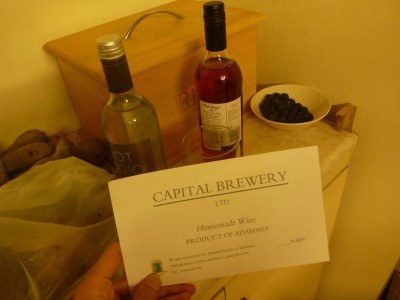 Beer and wine is produced by Capital Brewery in Adammia

Thanks to Emperor Adam I and the government of the Empire of Adammia for hosting me on this visit. I have also written about my top 15 sights in Tytannia Province, Adammia. Here are some videos:

10 thoughts on “Backpacking in Adammia: A Quick Guide to This Unknown Secret Country Within Yorkshire, England”