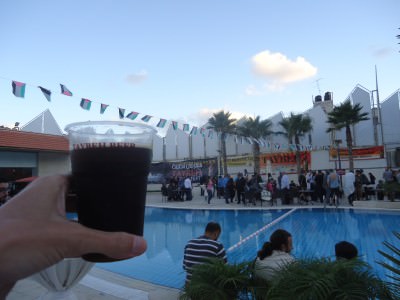 Top 5 things to see and do in Ramallah, Palestine.

Ramallah sits proud and un-noticed. In reality, it’s the capital city of Palestine. Whether you believe that Palestine is a country or not, isn’t the point. Ramallah remains a Palestinian stronghold, nestled shyly north of the border between Israel and Palestine, this is the centre of the Palestinian authority. Politics aside, but with a bit of history thrown in, I went backpacking in Ramallah to see if this capital city had any charms to it. I was pleasantly surprised and I outline 5 things to see and do here. 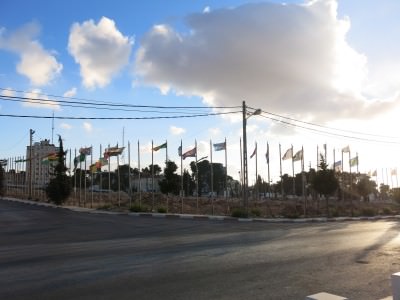 This is the number one sight in Ramallah so get it on your list. Yasser Arafat, the Palestinian leader who spent a lifetime trying to justify and cement his Palestinian state has his tomb here in Ramallah. Arafat died in Paris in November 2004, but will be immortalised forever by his fellow Palestinians. Entry to Ramallah and indeed Arafat’s tomb is completely off limits to Israelis, but tourists can visit easily and for free. You just turn up at the Al Muquata’a – the headquarters of the Palestinian Government and ask the soldiers if you can go in. Out of respect it’s better not to take photos of the soldiers on duty there, but photos of the tomb are usually fine. Don’t forget to ponder for a second – you’re actually visiting Yasser Arafat’s tomb here!! That’s a good enough reason to do Ramallah in the first place. 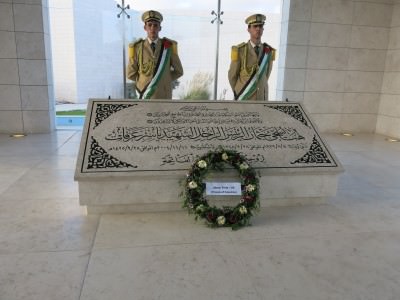 2. Flag Square (those countries that recognise Palestine as a country)

I’ve no idea if “Flag square” is the correct title for this place, but we’ll go with it. I’ve visited too many places to remember all of their names. Here at Flag Square in Ramallah are flags from every country/region of the world that recognises Palestine as a country. I found this pretty cool. It’s as if they need to legitimise the fact that Palestine is independent. Sadly Palestine is not recognised by the UN as independent. On a personal level, and from my time seeing the different parts of Israel and Palestine, I believe there is a need for two separate states here and for Palestine to finally be recognised as a country. I wandered round checking the flags, of places like Kazakstan, North Korea and the Republic of Ireland, but I didn’t see a Northern Ireland flag so I flew mine there. I recognise it.

Palestinians have a sense of humour that’s for sure. They also serve up a decent coffee in the regions coffee chain “Stars and Bucks”! Ramallah of course has a branch so pop in for a cheap coffee. You might have read my report from the Stars and Bucks in the little town of Bethlehem. 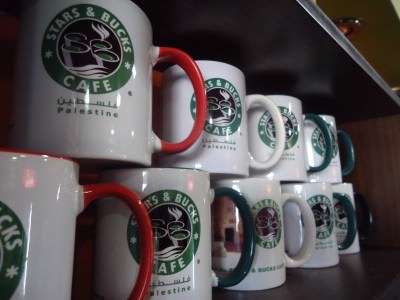 Tips for backpacking in Ramallah – Stars and Bucks Cafe.

What? Beer in Palestine’s capital city? Yes, the state of Palestine isn’t just Muslim don’t forget. There are Christians here too and even more surprising they have a REALLY decent brewery that the Israelis can be jealous of. I managed to try Taybeh beer on draft and in bottles during my time in Bethlehem and Ramallah and loved the stuff. It’s a great beer. Why not do a brewery tour in Ramallah! As a bonus go there in October and enjoy the Palestine Oktoberfest. It’s held annually in Ramallah. 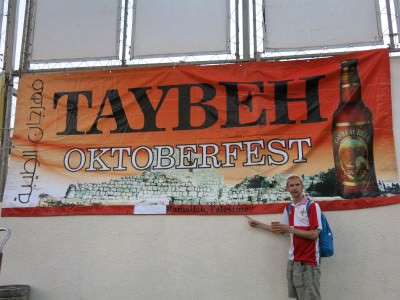 While in Ramallah make sure you check out Taybeh Beer, I even made it to the Oktoberfest!

While I had already tried some Palestinian lunch and dinner in both Hebron and Bethlehem, Ramallah was the first time we tried a Palestinian Dessert. There’s a top class restaurant called Aladdin Sweets. 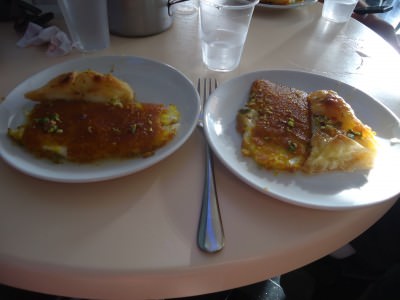 We tried a few different desserts in there – all pretty good, especially the one with cheese in it. 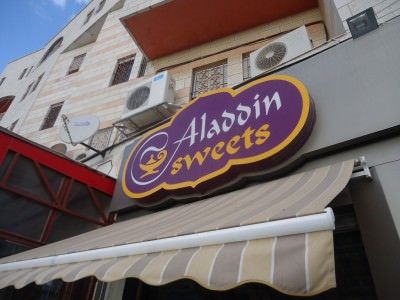 If you ever end up in Palestine, or Jerusalem, make sure you head out to Ramallah to check this things out!

Flags of the World in Ramallah:

5 thoughts on “Backpacking in Ramallah, Palestine: 5 Things to See and Do in the Palestinian Capital City”