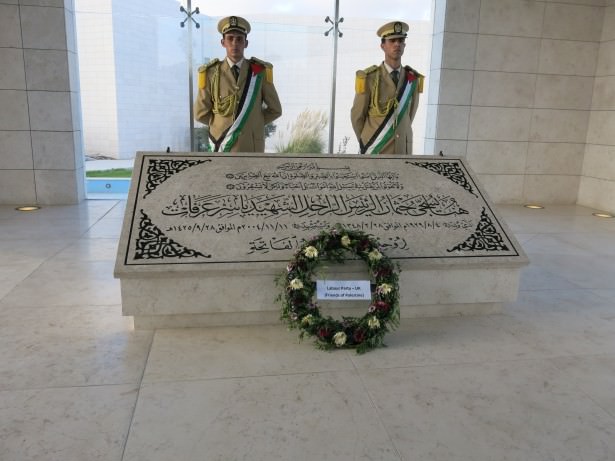 The power of world leaders and political figures is something you get used to as a global backpacker. While I’m not often the best person to ask about world affairs, I have studied politics and I grew up in Northern Ireland. Through my years of backpacking I’ve seen the mausoleums of Artigas, Ho Chi Minh, Lenin, Imam Reza and Kim Il Song. In October 2013 it was the turn of Palestinian leader Yasser Arafat to be visited on my backpacking journey as life took me to Ramallah. 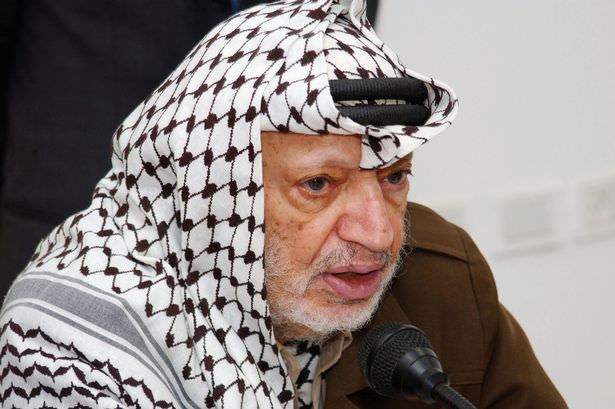 You must recognise him! This is Yasser Arafat, the legendary Palestinian leader.

Part of my visit to the Middle East just had to include Palestine. While personally I recognise the state as a separate country, not all will agree. A man who ruled supreme in this part of the world until his death was Yasser Arafat. Like him or loathe him, he was a political figure at the forefront of a political, religious, economical and geographical war between Israel and Palestine. If you ever watched the news in the last 20 years, you’ll know who Yasser Arafat was.

He didn’t die in Palestine though, so this tomb is kind of a red herring and often seen as merely a temporary mausoleum (a lot of Palestinians wanted his tomb to be in Jerusalem but Israel declined). More of a memorial to the man himself than the actual place he died or wanted to be laid to rest (Yasser of course wanted East Jerusalem). For the record, Yasser Arafat died in France and his body was buried in stone here in Ramallah.

Who is Yasser Arafat?

You mean you haven’t heard??!! OK I’ll not be lazy here and copy Wikipedia but at the same time, I’ll not write a lot as most know this lad. Yasser Arafat is the man for Palestinians. He’s a hero to many in these parts and his face adorns many a wall, mural, poster, keyring and bar of soap in Palestine and other parts of the Islamic World where a strong Palestinian presence or support exists. He basically led Palestine for over 20 years until his death in 2004. Opposed to Israeli existence for a large period but ultimately wanting a Palestinian state. While he may have his critics and have indulged in behind the scenes corruption (rumours), his legacy lives on.

Where is Yasser Arafat’s Tomb?

It’s in the city of Ramallah, deemed by many to be the “capital city” of Palestine. I certainly class it as such. On my visit I flew the Northern Ireland flag at the Square of Flags that recognise Palestine as a country. 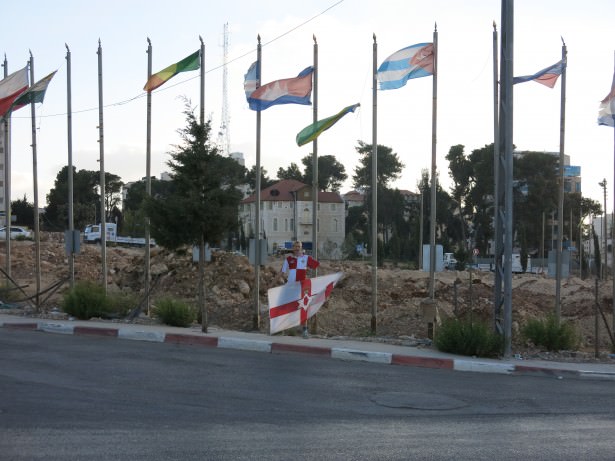 How do you get to Ramallah?

Buses from Jerusalem run daily. They are all Palestinian buses and I’ve touched on this before in my post on drinking at the Taybeh Beer Festival in Ramallah. Israelis obviously are not allowed to visit Arafat’s tomb, nor indeed Ramallah. To get the most of your West Bank and Palestine visit however, just make sure you stay in Abraham Hostel in Jerusalem. From there you can get booked on one of their awesome Israel and Palestine tours. The “Best of the West Bank” tour includes a visit to Ramallah and indeed Yasser Arafat’s Tomb so if you’re up for paying homage to the big lad – get on it.

A poignant visit for me to Yasser Arafat’s tomb in Ramallah, Palestine.

As a bonus, Yasser Arafat’s tomb sits on a walkway which is opposite a square of flags. These flags are all the countries that recognise Palestine as a country. I was there to fly my Northern Ireland flag in the apparent absence of one (picture is included in this post).

If you happen to be in Ramallah or the West Bank part of Palestine, head over to check out Yasser’s tomb.