I admit I don’t always like writing about my future travel plans as things always change. In fact in the last few months, I’ve visited Turkey, UAE and Iran. None of those countries were on my list when the year began, or even when I planned to do the Middle East! So here are ten places I would like to visit in 2014. We’ll see how far I get!!

I aim to be in Iraqi Kurdistan to celebrate 2014 come round tonight. I’ve been in some cool places for New Year in the past including Bogota, Sydney and Bohol, but to have a beer in Iraq will be a special moment.

I’ll aim to be in the Kurdistan part of Iraq to see 2014 come into view!

2. Brazil for the World Cup

I visited Brazil in 2010 and 2011 on my South American tour. But this time I aim to go one step further by being there for the World Cup!! I’d also like to check out a few of the cities I missed first time round. I’m thinking of Fortaleza, Brasilia and Rio de Janeiro. 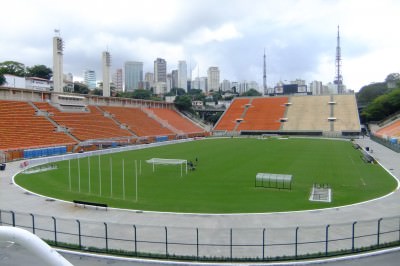 I owe Northern Ireland one. It’s going to be 2 visits in 5 years if I don’t put in an appearance in 2014, so I’d like to. In fact my time spent in my home country in the last five years is less than 2 weeks in total, over the last ten years probably over a month. But still not enough. I miss the food! And though I see my family on Skype often, it’s always nice to have a cup of tea with Mum, go down the pub with my mates and brothers and watch travel documentaries with my Dad. As a child, we watched loads of Michael Palin shows together. As an adult I’m a cheap Michael Palin. I visit those places without the advantage of a huge BBC budget behind me. Both Michael and I have both been on BBC now though 😉 Jonny Blair on the BBC. 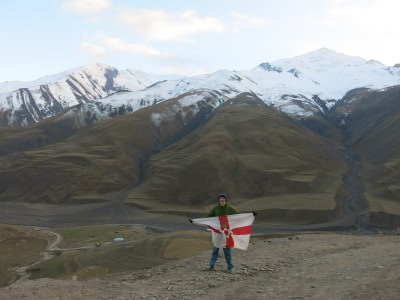 I’ve flown my Northern Ireland flag all over the world (here in Xinaliq, Azerbaijan) but I don’t visit home enough…

A surprise one this, but I need a base for a few months in 2014 to work on my new projects and Thailand fits the bill. I’d like to spend a few months living there, not sure what part yet though. 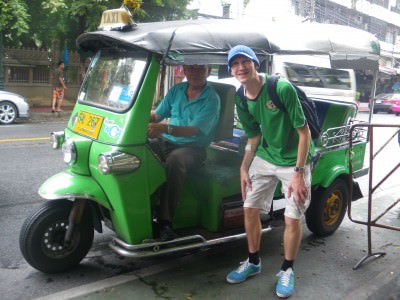 I need to return to Uruguay. I loved it there, having lived with a local family and studied Spanish. I’ll be able to tie it in with my World Cup adventure and tick off a few spots I missed first time round, such as Punta del Diablo (Devil’s Point). 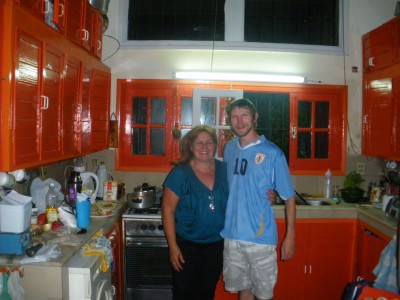 Happy times back in 2010 in Montevideo, Uruguay – after 4 years I’m hoping for a return!

I have some unfinished business in Guyana to attend to, as it’s one of only 2 countries in South America I never went to. I have been to Georgetown before, but it was the one in Tasmania…

I left out Guyana on my last South American trip – will want to put things right this time.

Same reason as Guyana – I need to visit to complete my South America set! Got to love their flag too!

I’ve been to 12 out of 29 China provinces so far but neglected the Sichuan Province. Would be cool to do it in 2014 and especially Chengdu, home of the panda. Though anywhere new in China would be cool! 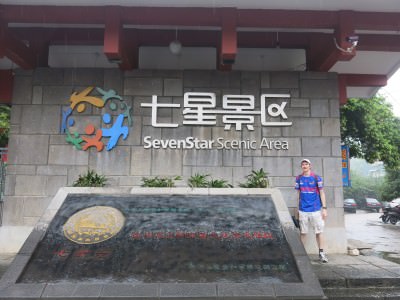 A predictable return to China at some point. Only been to 12 out of 29 possible Provinces.

I’ve been meaning to do this one for years and years. The flights were always slightly more expensive than Indonesia or the Philippines or the timing didn’t suit. My best bet is to fly to Bali then onto Dili, so I’ll be on the lookout for cheap flights.

Yes, I would like to visit the USA again. It was 2007 since my last visit and there is so much more to explore. Besides my girlfriend managed to get a 10 year visa with multiple entries so it’s a great excuse to add a few more states to my backpacking adventure.

Happy New Year and safe travels for 2014 one and all.