I have met so many people from almost every country in the world in the years since I left my hometown, that I want to interview and feature as many of you as I can. All the backpacking buddies I have toured with, roomed with, eaten with, drank with, crossed borders with, sat on night buses with etc. There should be more to come, today meet Pol, who I met in North Korea, check out his story and his own wacky travels! 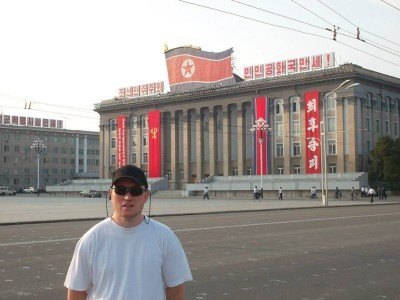 1. Who are you?
My name is Pol, born in Belgium but I’m half Polish, actually my name is  Polska without the “ska” but Pol is also a Flemish name.
my blog : https://polmeetsworld.wordpress.com/
dailymotion : http://www.dailymotion.com/user/partizanek/1
Twitter: https://twitter.com/polmeetsworld

2. Where are you from?
Ronse a town in Flanders, the Dutch speaking part of Belgium, only here we call the language Flemish. 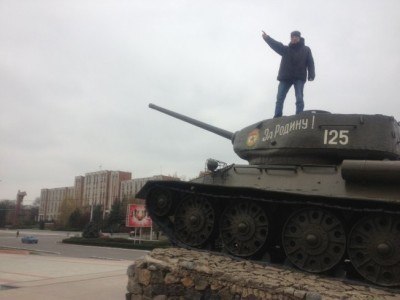 4. Where are you now?
In Belgium at home enjoying a Belgian beer! 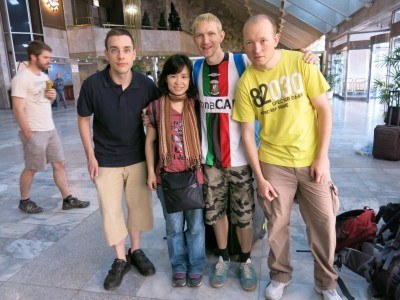 With Pol in North Korea

5. Where are you going/hoping to go next?
I’m hoping to get to Antarctica by the end of this year and maybe some other country, thinking about Kazachstan (Astana)

6. What is the weirdest job you have ever had?
Working in a callcenter for a tourist television channel selling voyages and trips on tv, the only problem was most of the trips were full booked by the time they were displayed on television, which resulted in many angry customers on the phone. Nowadays this company doesn’t exist anymore 7. What is the craziest place you have been to?
So many crazy places, all crazy in a different way, crazy because of nature, because of the atmosphere, because of what I experienced
Here are the 3 places I’m thinking of right now

1 – Grand Canyon, just incredible how deep, big and wide this natural wonder is
2 – Las Vegas ! Parties in the Palms Casino off the strip, I loved it there
3 – Transnistria cause its not recognized as a country and almost got arrested with some Irish and British dudes for being to noisy on the streets outside a music club. Luckily some local girls and guys gave the police a hard time, some of us got arrested but not for long. I managed to sneak away at the right time with a Newcastle fan back to the hostel. 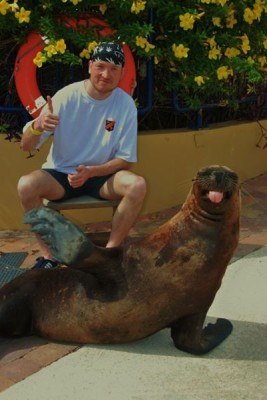 Pol In Curacao with a Sealion

In North Korea 2013, Jonny was on the same trip as I with the YoungPioneerTours. (Jonny – you can read some of my own North Korea stories here)

Our Tour Group in North Korea with YPT 2013

Live it, try new things and see the world cause so many different places makes it worth to be seen.

10 : How did your passion for travel start?
Since I was a kid I got the taste of travelling when my parents took me to places like Tunisia, Egypt, Brasil,… and to Poland when there was still the iron curtain in the 80’ies to visit my family from mothers side, 11 hours on the DDR and Polish border with the Christmas holidays in 1988 I still remember it, miles of cars before us and miles of cars behind us waiting to pass the border and almost every vehicle being inspected.  So crossing borders is a part of travelling and that’s why I like to travel. 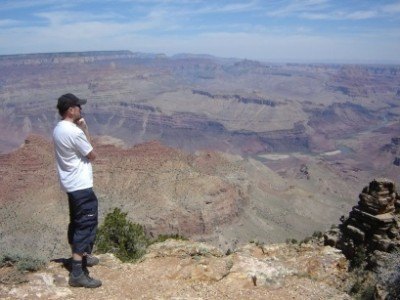 Pol at the Grand Canyon, USA

I first met Pol on the North Korea trip. We were eating together in Pyongyang and having a beer at the same table in the Yanggakdo Hotel. Pol mentioned how his camera was broken or unable to charge and my girlfriend Panny had a spare camera to lend him. Pol – I hope the camera worked well for you and the photos came out! We will meet again someday for a beer around the world!