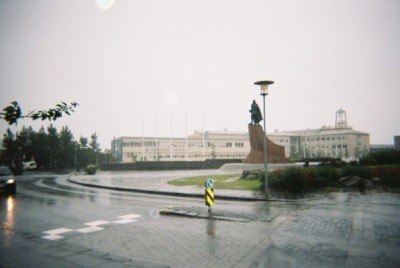 Iceland isn’t so much a “backpacker’s gem” as it is a traveller’s gem. For a start, it doesn’t border any other countries, so there’s no chance of backpacking there overland. Most people fly in and out, though some get a boat up there. I visited in 2007 as part of a football trip and spent most of my time in the capital city, Reykjavik. Apparently in the last 8 years since then, Iceland has become hugely popular for tourists. Back then, there were far less tourists, in fact it seems that the Faroe Islands nowadays is what Iceland was like back then. The most enjoyable parts of Iceland were outside the capital, such as Pingvellir and Gullfoss, but within the city, there are a quite a few things to see and do. Here’s a long overdue top 5. 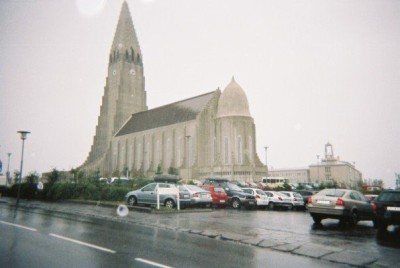 1.Hallgrimskirkja
The Hallgrimskirkja is the instantly recogniseable large church  in Reykjavik. Reykjavik is a relatively small city so finding this church is never a problem. You get good views from the top. It’s a Lutheran Church and was opened in 1986. 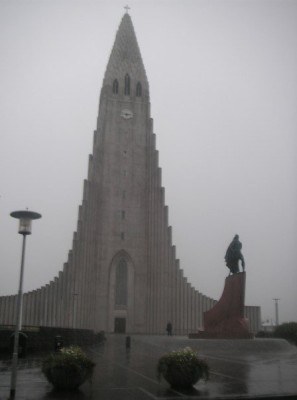 2.National Football Stadium
Iceland shocked the footballing world in the last 2 years when they qualified for the Euro 2016 finals in France. During their qualification they beat the Netherlands twice and went through in a group that also included Turkey and the Czech Republic. All three of those teams have been semi finals of major tournaments in the last 20 years so it’s an incredible achievement. 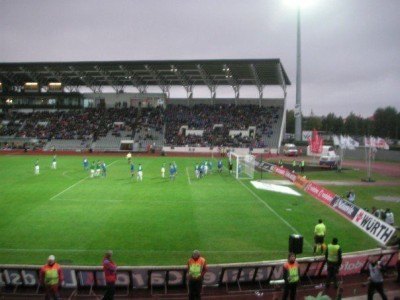 I was there at the National Stadium watching Northern Ireland. At the time, we also expected to qualify but sadly a 2-1 defeat ended up meaning we’d finish third in the group. 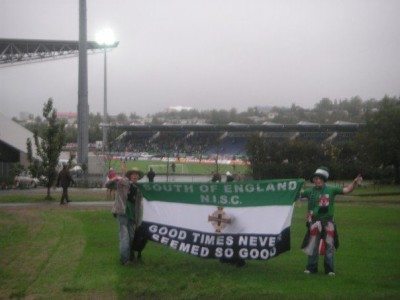 Owen and I at the National Football Stadium in Reykjavik, Iceland 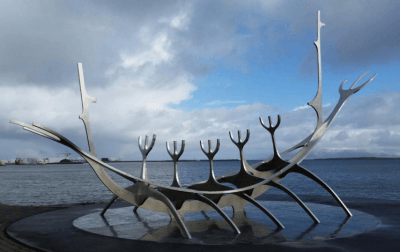 4.Arbaer Open Air Museum
This open air museum is similar to one I visited recently in the Faroe Islands, when I toured villages like Sorvagur and Kirkjubour. Traditional Icelandic houses are here and inside they give you a detailed history of Reykjavik and Iceland as a nation. 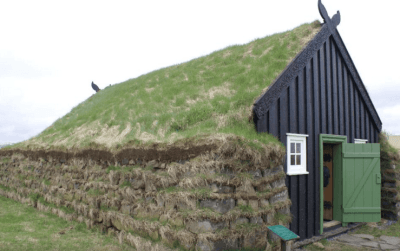 5.Icelandic Parliament: Alpingishus
Alpingishus is in the heart of the city of Reykjavik and often tourists will walk past it without even noticing it or knowing what it is. It is in fact, the Parliament for the country! 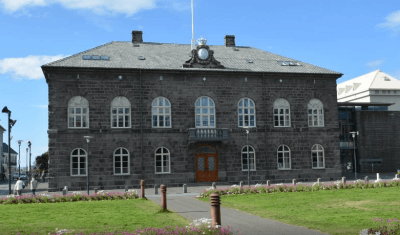 I stayed in a cheap Guesthouse called Aurora at the time and we shared the place between about 6-8 of us, I later found out that the backpacker’s hostel in Reykjavik is often voted the best in the world and there are lots of popular Iceland Hotels. I must also give a shout out to Belly’s Bar in Reykjavik where we spent a few nights drinking. 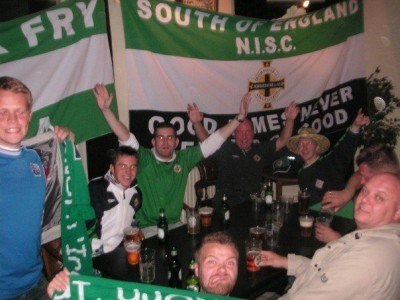 Bellys Bar in Reykjavik with the GAWA in 2007

Back in those days, it was around £4 for a pint in Belly’s which we felt was dear. Looking back now, it’s not so bad. I look forward to meeting some Icelandic people in France next summer at Euro 2016, as they are a friendly bunch and they can be proud of their capital city.

4 thoughts on “Backpacking in Iceland: Top 5 Sights in Reykjavik”