Rajasthan, formerly known as Rajputana or the ‘land of the kings’, is one of the most popular tourist destinations while backpacking in India. Being located at the forefront of Indian civilization, the state of Rajasthan has been a witness to the age of kings which is why it is popularly known as ‘the land of kings’. Rajasthan is an impressive blend of arts and architecture owing to its characteristic of being a princely state. Each kingdom of Rajasthan has a distinct style of architecture making it one of the most culturally diverse places in the world. 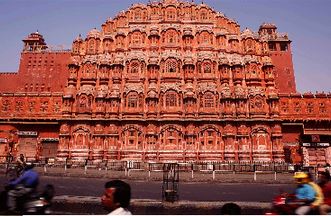 Jaipur
Jaipur is one of the most preferred tourist destinations even amongst the most average tourists. The various monuments, temples, forts, parks, museums, Jaipur Palace Hotel, Rambagh Palace and market places of Jaipur invite thousands of tourists from across the globe to experience the culture, the food, and the hospitality of this wonderful town. Jaipur also houses more than 20 unique specializations of splendid arts and craft. The well planned city, along with elaborate and artistic architecture pin it on the list of top preferred tourist locations in the country.

The city of Udaipur is also popularly known as the city of lakes. Udaipur’s picturesque location at the lower slopes of the Aravalli Mountains make it a unique destination. Apart from its various palaces, lake view hotels in Udaipur, Taj Lake Palace, forts, market places, and various temples are also the reason for its popularity. The cities are well planned and the people hospitable; the place is not only famous for its palaces and monuments, but it also have a lot to offer to its visitors. 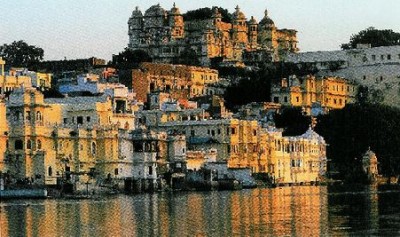 Jodhpur
Jodhpur is not only the second largest city of Rajasthan, but also the most populated city after Jaipur. Also, due to its accessibility, it has become one of the most important tourist destinations in the country. Jodhpur has also received several mentions in top travel magazines and documentaries. For your holidays, you can check out a number of budget and 5 star hotels in Jodhpur such as The Gateway Hotel Jodhpur, part of the Taj Group.

The old walled city, hill forts, palaces, destination wedding locations and Umaid Bhawan palace in Jodhpur are just some of the attractions the city has to offer out of thousands.

Jaisalmer
Jaisalmer is also known as the “golden city”, and clearly so because of the magnificent sights it offers during the day. Jaisalmer was built as a walled city making it one of the largest forts in the world. The city lies in the heart of the Thar Desert and is a popular tourist destination, especially amongst foreign visitors, because of its magnificent architecture, culture, arts and crafts that are unique to this region. In short, this beautiful city thrives on tourism. 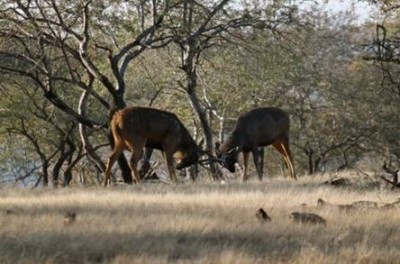 Backpacking in India: Highlights of Rajasthan

6 thoughts on “Backpacking in India: Rajasthan – The Land of Kings”