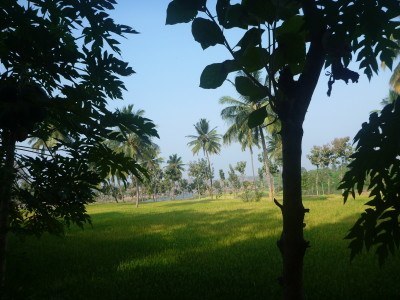 Backpacking in India: Staying in Paradise at Mowgli Guest House in Virupapuragadda, Hampi

When you’re backpacking in India, Hampi gets mentioned in almost every conversation about what your plans are in the country. My initial hunch was to avoid it and go directly from Panjim to Bangalore. But the photos on the website were doing far too much justice that I added in Hampi as an extra stop over on route to Chennai. 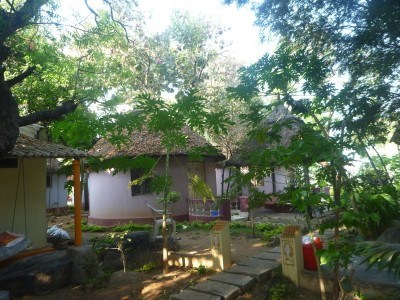 Backpacking in India: Staying in Paradise at Mowgli Guest House in Hampi

My backpacking buddy Ilona joined me on this trip as we got a night bus all the way to Hampi. You hear a lot about cheap and dingy places to stay but I wanted somewhere a bit more special here, a paradise. I saw the photos of Mowgli Guest House on their website and decided to check in here. It’s a stunning place to relax while also enjoying the sights, sounds and smells of yet another UNESCO World Heritage Site, my fourth in India no less! As well as getting my beard trimmed! 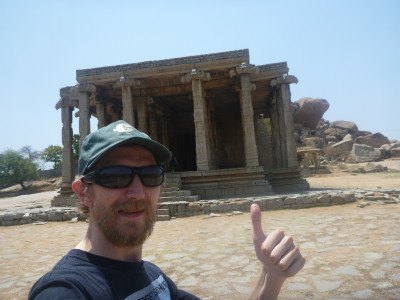 Here are five reasons to base yourself at the excellent, tranquil Mowgli Guest House in Virupapuragaddi while exploring Hampi. 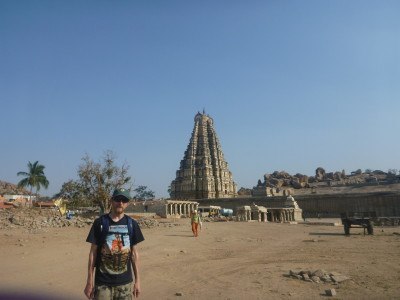 Exploring the UNESCO temples of Hampi

1.Relaxing in Paradise
Quite simply, here at Mowgli, this is a tranquil paradise. After the busy cities of Ahmedabad and Mumbai, and the sheer madness of the Goan party nights, I found this to be a relaxing paradise. 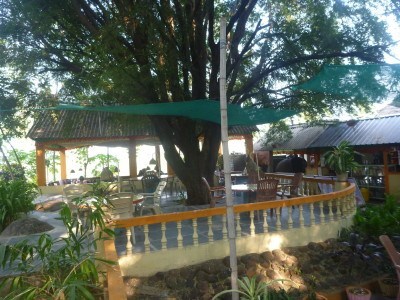 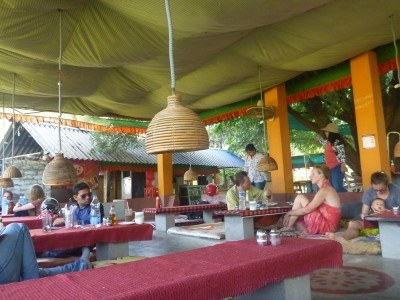 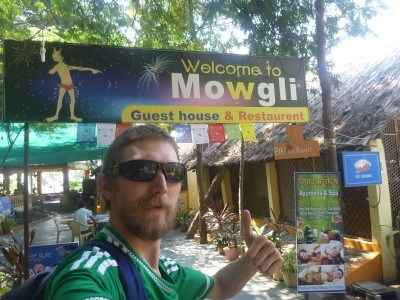 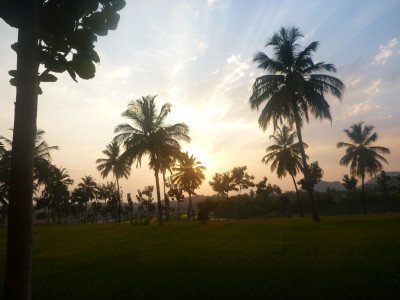 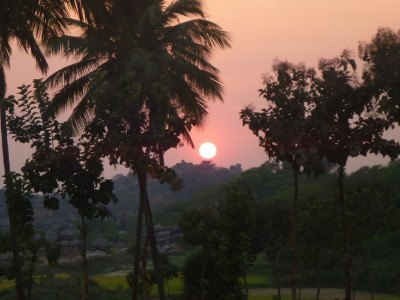 2.Expert Management and Staff: Years of Experience
Mr. Gopalaswamy who runs Mowgli Guest House has years of experience in the field, Mowgli was opened in 1992 and is one of the original guest houses in and around Hampi. If you need anything organised, just ask Mr. Gopalaswamy and he can direct you to the right place. 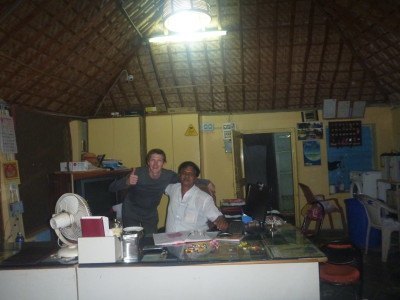 The owner Mr. Gopalaswamy and myself at Mowgli Guest House

3.Choice of Rooms to Suit All Travellers
Mowgli’s Guest House attracts all kinds of travellers from young backpackers to middle aged couples to hippies to older couples. It’s an eclectic mix and because of this the prices vary and there are many accommodation options. I stayed in a pink brick hut with a thatched roof, which had an ensuite shower room. There was also a mosquito net to keep those bite lovers at bay. 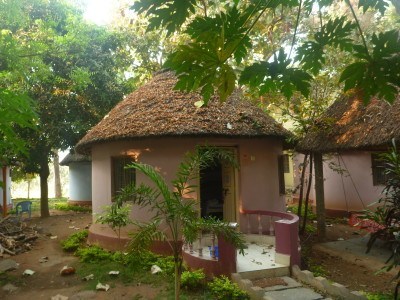 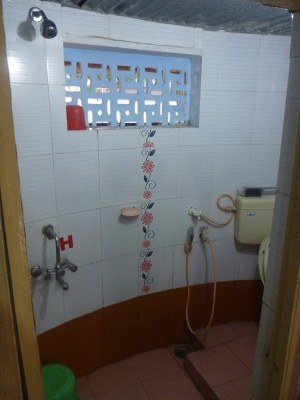 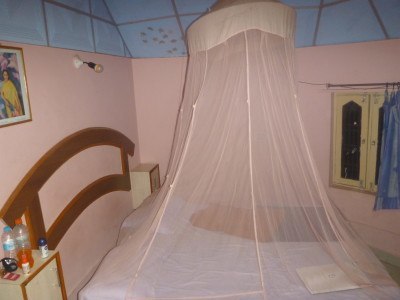 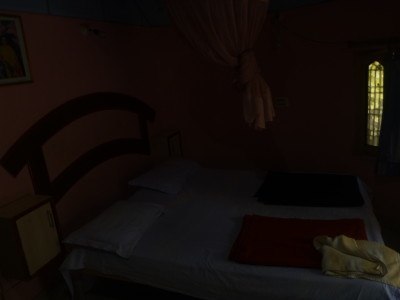 4.Great Restaurant On-Site
My first meal in Karnataka was here at Mowgli Guest House and I ate here for two days in a row, watching the sunset. 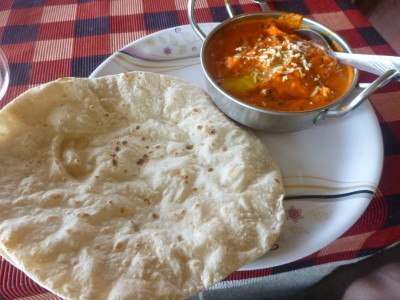 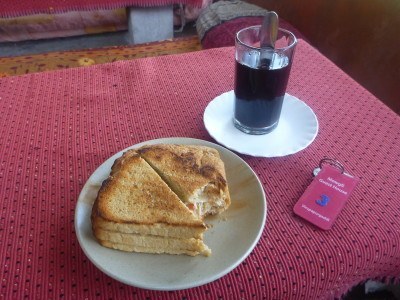 The restaurant has some great Indian food but if that gets all too much and too spicy, try some pizza or pasta. 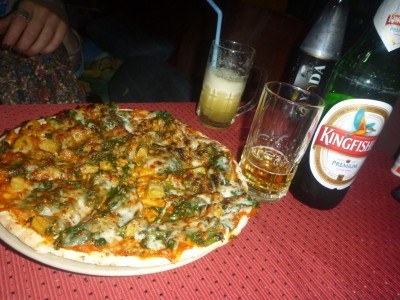 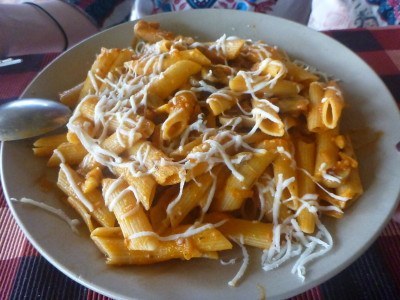 As for the drinks – smoothies, cocktails, fresh fruit juices, lassis and beer. A perfect restaurant and bar to relax and watch the sinking sun. 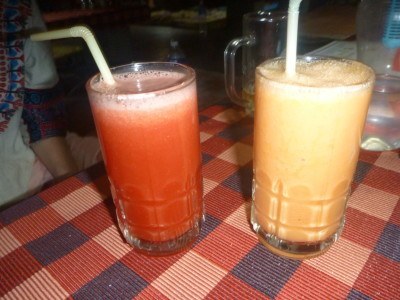 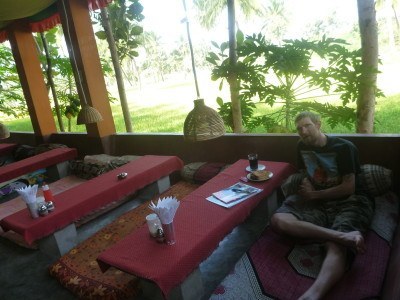 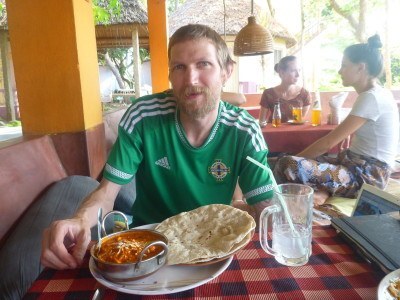 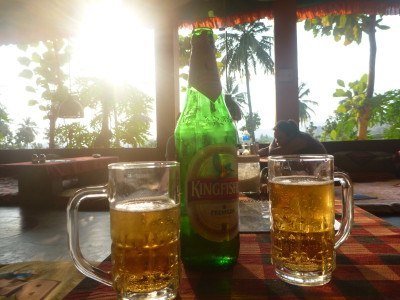 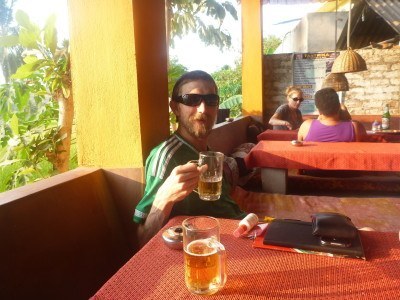 Cold beers for sunset at Mowgli

5.Easy to Book Your Tours
Again, all tours and onward transport can be sorted by the staff here. The staff were extra helpful to my backpacking buddy Ilona, who had got bitten by a monkey, a wasp and a dog and needed anti-rabies injections. We were able to sort a lift straight to a local hospital. 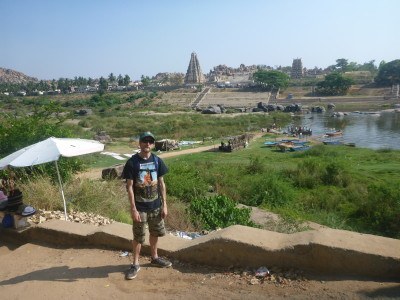 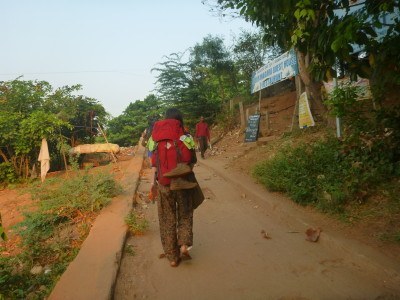 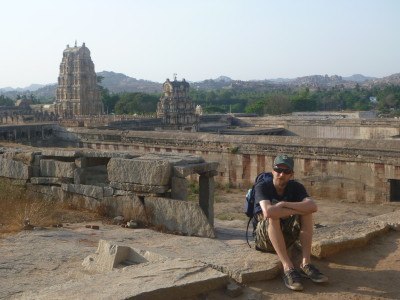 As well as all that, there is WiFi at Mowgli Guest House, so I was blogging away in the back under the shade, loving it! 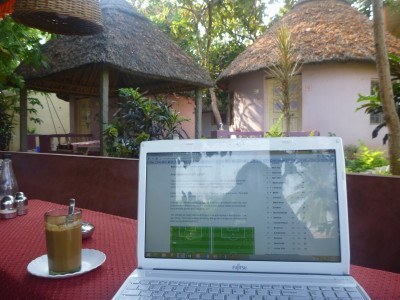 Don’t forget to tell Mr. Gopalaswamy that I sent you there – say Hi – he’s a great man!

Here are some videos from my stay at Mowgli’s Guest House in Hampi, India:

12 thoughts on “Backpacking in India: Staying in Paradise at Mowgli Guest House in Virupapuragaddi, Hampi”