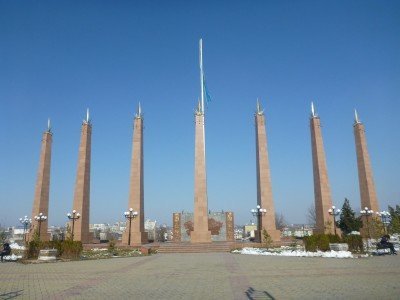 I simply loved the pronunciation of this city. SHYMKENT! Wee shimmy. Ess Hym Kent. Shy m Kent. Shimkent. Chimkent. Spelt Shymkent, once called Chernayaev, currently housing 850,000 people, it’s a somewhat inspiring city with low promotion. Is it shy? Why are the first three letters spelling the word shy? I headed to find the answers. Yet again I was looking all around me thinking “where the bell am I?” I had crossed the border from Uzbekistan into Kazakhstan and it was heresay that took me to this joint: Shymkent. 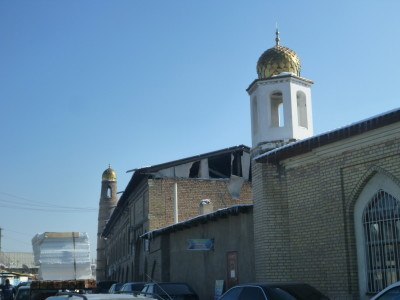 Back in December 2015, while staying in Almaty Backpackers I had spoken to local girl Mira. She mentioned Shymkent a few times in conversation. I didn’t really take much notice at the time but the city name stuck and I ended up here by default, as the nearest “easy escape city” from the realms of Uzbekistan. Shy or not, Shymkent was a mini base for four days. 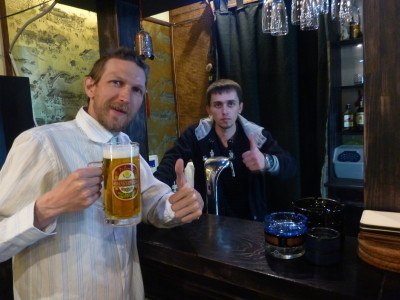 On the rip in Shymkent, Kazakhstan

It can be hard to book hotels when backpacking in Central Asia but felt blessed when I arrived at my hotel, it was the Orbita Boutique Hotel and I was shown to Room 3. This was my new pad. I said I’d stay one night. I stayed for 4, weaving my way through charmful unshy Shymkent, doing a side trip to Turkistan and importantly replying to some 100 client e-mails that I was unable to do in Uzbekistan. To my surprise this Shymkent place turned out to be a lot nicer and more eclectic than I expected. I banged my way through a non-shy top 7 and I continued to pronounce the name of the city throughout. It rolls off the tongue nicely. 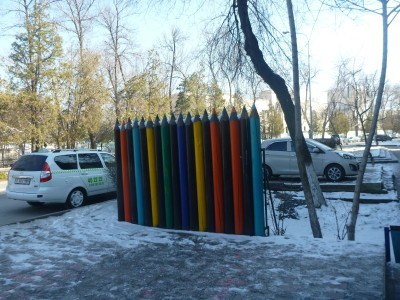 1.Independence Park
We all know that Kazakhstan is independent but the Shymkentians decided to decicate a leafy park to it. It sits at the top of steps above the city offering good views, decent spots for selfies and a reminder of where we are. Yes, the Kazahkstan flag flies high here. 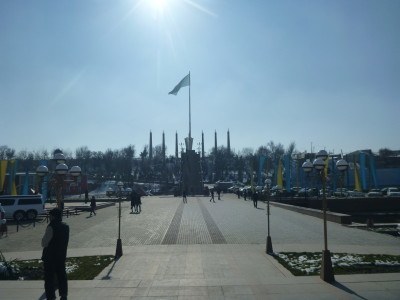 Independence Park viewed from the bottom 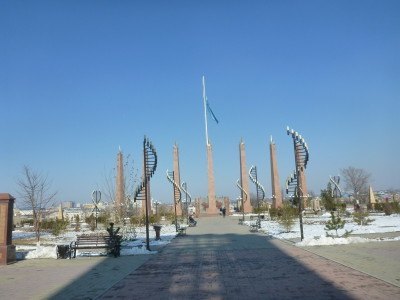 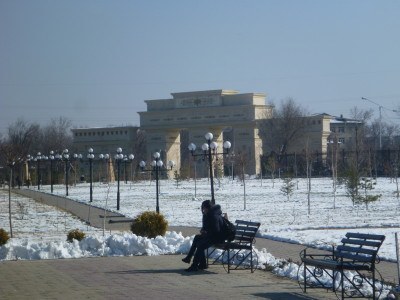 2.Altyn Shanyrak
The Altyn Shanyrak monument is the centrepiece of downtown Shymkent and in many ways the city’s symbol, appearing on tourist guidebooks. But what is it? It’s a monument meant to represent the opening of a Yurt, significant for nomadic and Kazak culture of course. 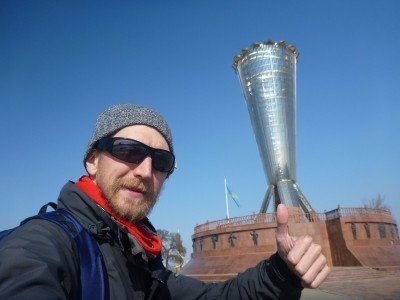 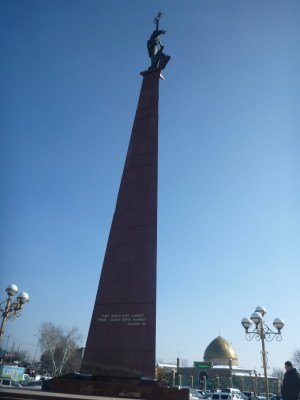 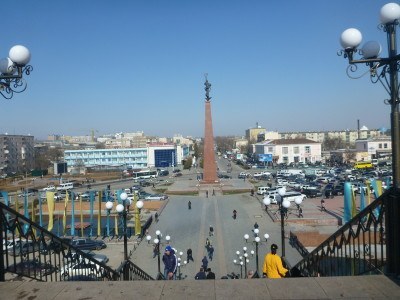 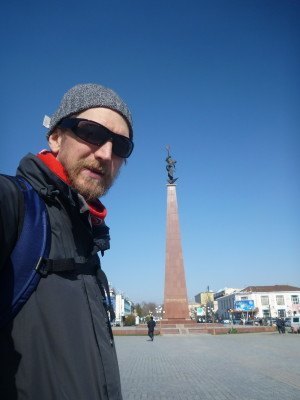 4.Central Mosque
Despite its close links to Russia and the Orthodox Church, Islam still dominates proceedings here in Shymkent. I checked out two Mosques, the most obvious one is in the downtown area next to Independent Monument. Another in the Pre-Russian Quarter is worth checking out too. 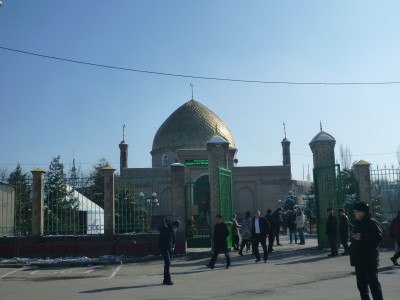 5.Central Bazaar
While backpacking in Almaty and Bishkek (both nearby), I enjoyed the bazaars and markets. Here in Shymkent is a massive bazaar right in the downtown area. Locals posed for photos and I picked up some snacks, bread for 50 Tenge ($0.15 US) is a bargain. 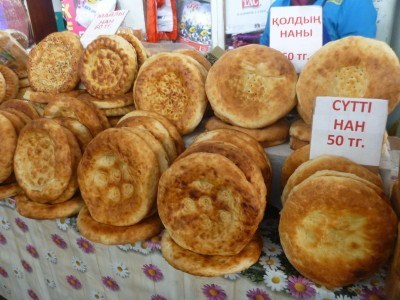 Local bread in the Bazaar in Shymkent 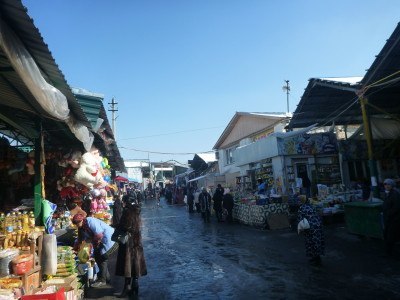 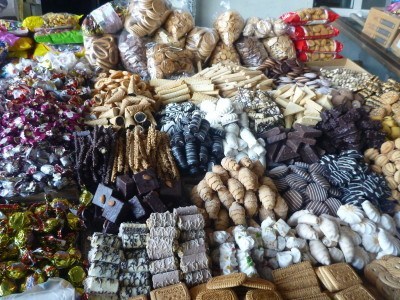 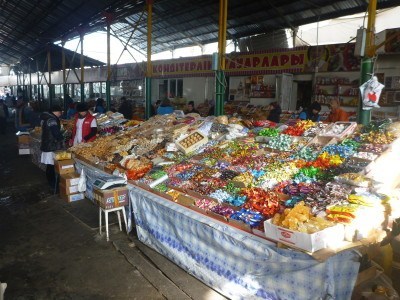 6.Pre-Russian Shymkent
Before the Soviets and Russians took over this Kazak stronghold, the old town housing was based by the canals in the old city. A quiet walk through pre-Russian Shymkent is perhaps as lonely and untouristic as my travels have got recently. 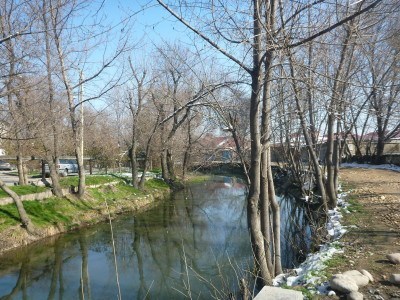 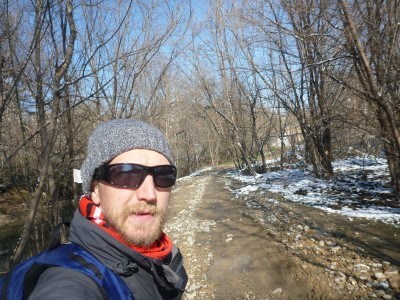 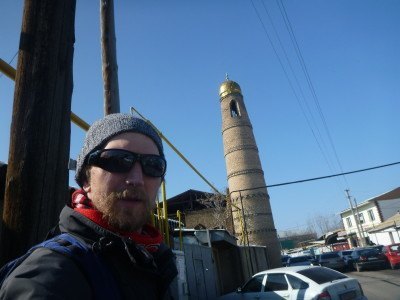 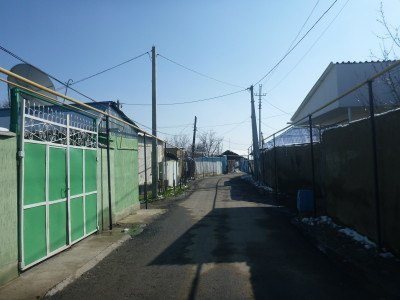 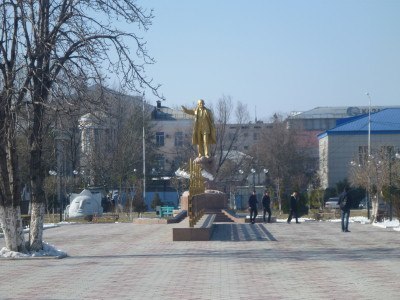 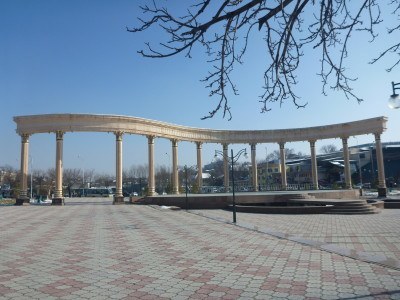 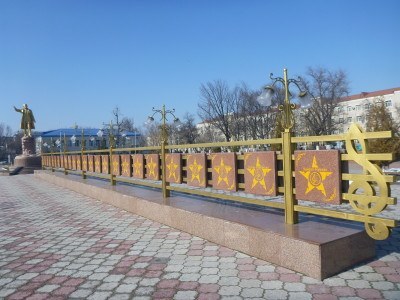 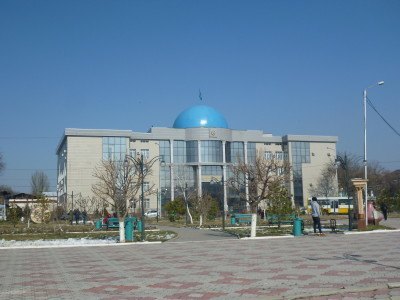 Wedding Palace in behind Kaldayakov Park in Shymkent

These are a quick top 8 by the way – all very easy to see when walking through the downtown area of Shymkent. I stayed at the Orbita Boutique Hotel about 2 kilometres from the city centre and I loved this city. 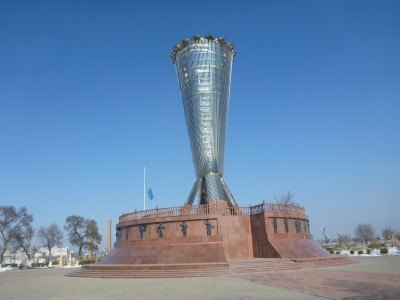 Here are some videos I made while backpacking in Shymkent:

5 thoughts on “Backpacking in Kazakhstan: Top 7 Shy Sights in Shymkent”