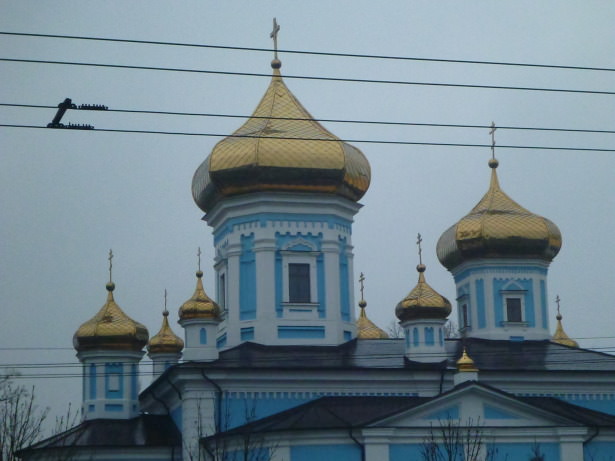 Moldova’s Chisinau (previously known as Kishinev) intrigued me, surprised me and overwhelmed me over a four day period in and out of the city, across the border into Tiraspol, Transnistria and a countryside jaunt to Orheiul Vechi and Butuceni. If you’re backpacking in Moldova, I’d definitely recommend spending some time in the capital city – I did three nights. It’s where you get an insight into the history and culture of the nation and also of course the biggest city and easiest place to meet locals as well as having the best bars in Moldova. 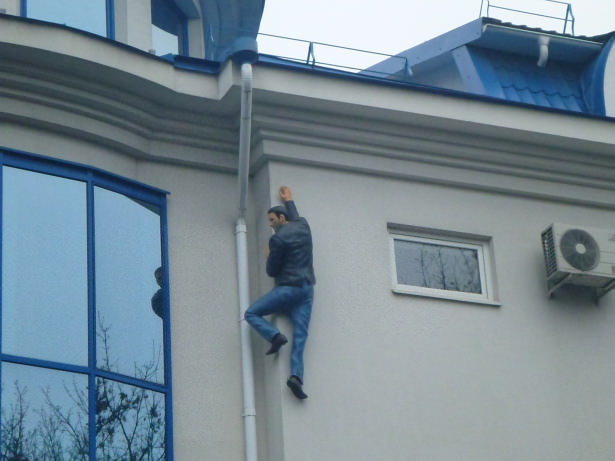 The city is pronounced Kay She Naow and I arrived after a night train from Bucharest in Romania ready to explore under grey and wet mysterious skies. 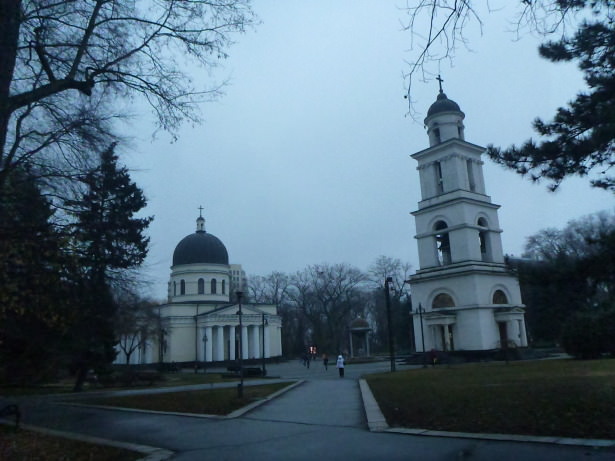 For a cheap budget no frills option, stay at the Tapok Hostel. From my base there I could walk to every main sight I wanted (except I didn’t visit Malldova and Zimbru Stadium). Here are my personal 12 easy and cool sights to see in Chisinau’s city centre. 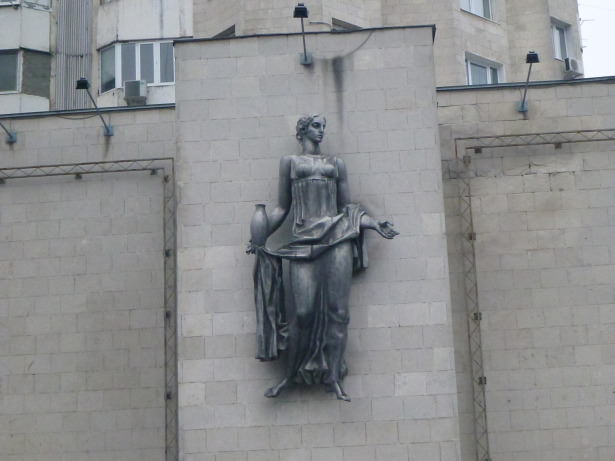 The Eternal Flame Memorial is dedicated to the unknown soldiers from Chisinau, Moldova who died in the Second World War. It’s housed in a nice park which is worth a walk, you will also see soldiers manning the place and may catch them marching. 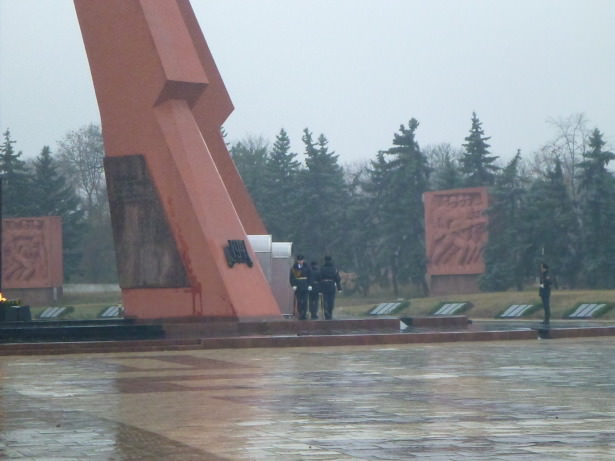 Soldiers at the Eternal Flame Memorial. 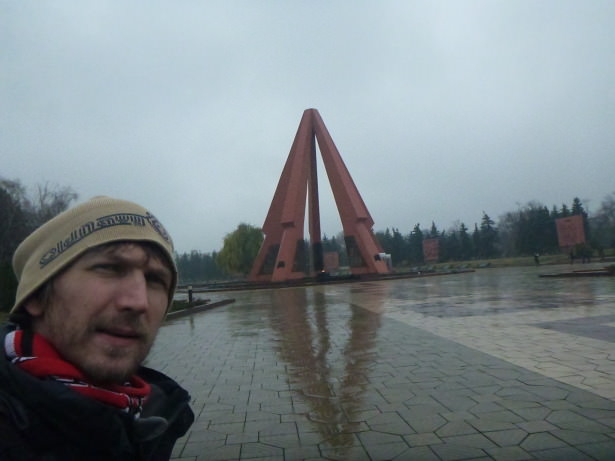 At the eternal flame memorial in Chisinau, Moldova.

Eastern European cities are not renowned for their central markets compared to the Middle East and Asia, but Chisinau is different. Just off the main street Stefan cel Mare Boulevard you’ll find the truly eclectic and chaotic central market, known as Piata Centrala. 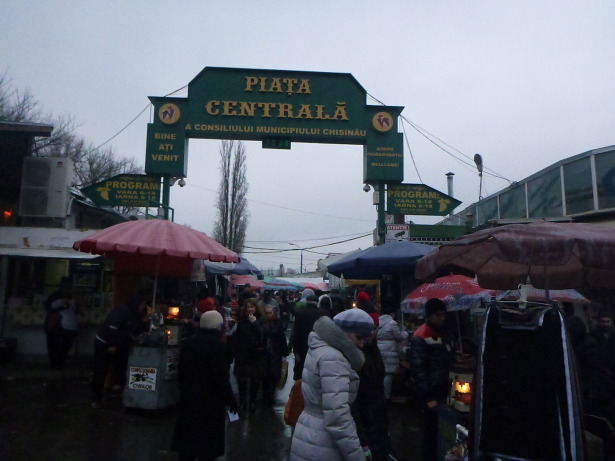 It has indoor meat, fish and fruit sections and crazy clothes stalls everywhere outside. Here are a few photos I took in the markets. 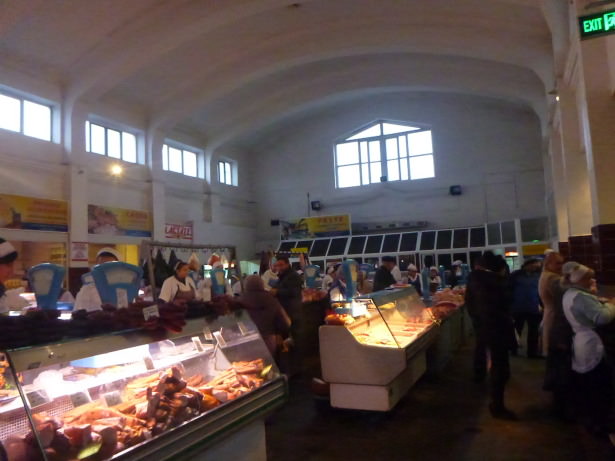 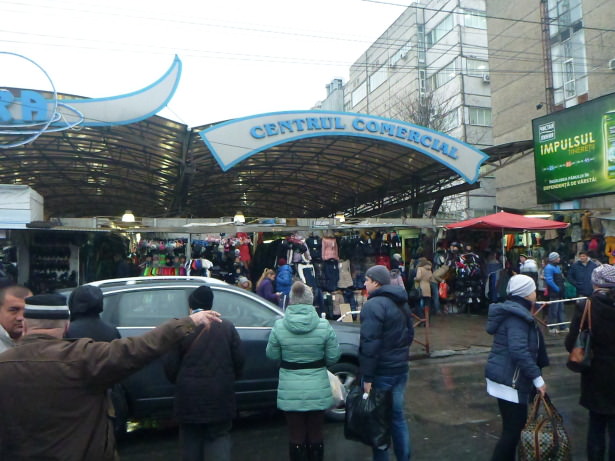 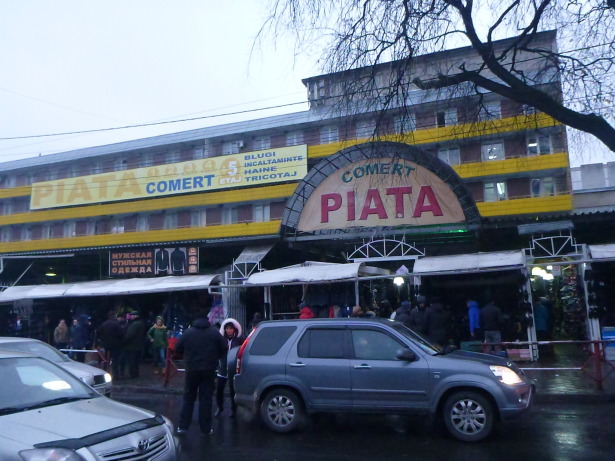 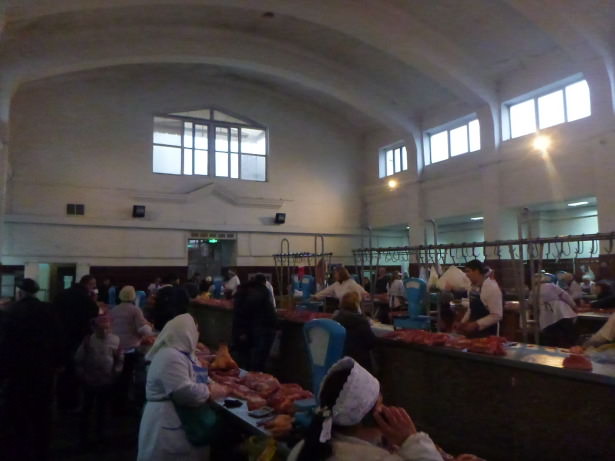 3. Monument to Victims of Stalinist Deportations

Outside the main train station in Chisinau is this monument dedicated to those who sadly died under the rule of Stalin in the old USSR. 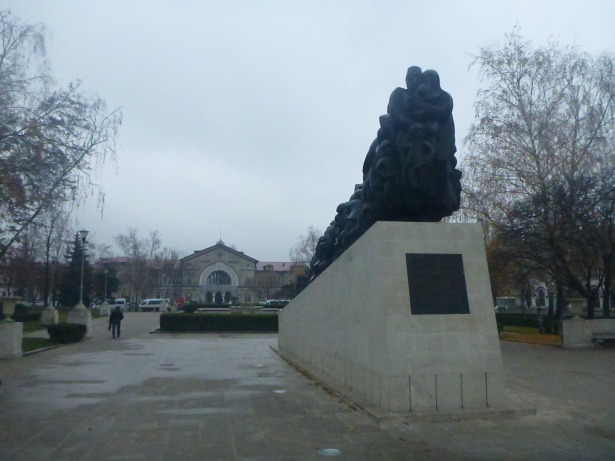 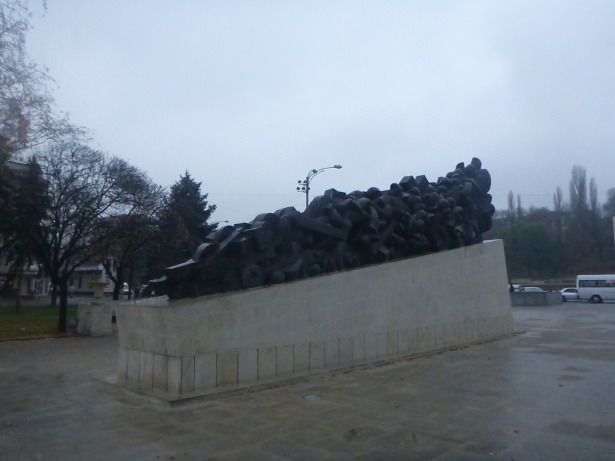 Where Yuri Gagarin Boulevard meets Negruzzi Street there is a shopping Mall called Atrium and a Casino. In front of this sits the Grigory Ivanovich Kotovski monument. GI Kotovski was an adventurist, Soviet military and political figure and a participant in the Russian Civil War. He was also a Russian gangster and bank robber and later a member of the Central Executive Committee of the Soviet Union. Kotovski is on a horse. 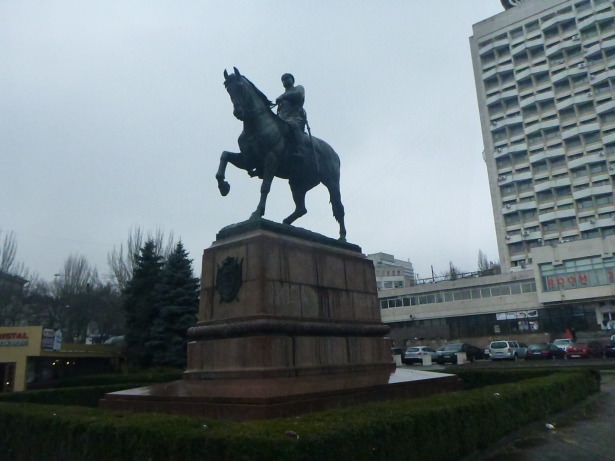 Outside the swanky looking Chisinau Hotel, on a prominent corner you’ll notice the Liberation Monument. This memorial commemorates the Soviet liberation of Moldova in August 1944. 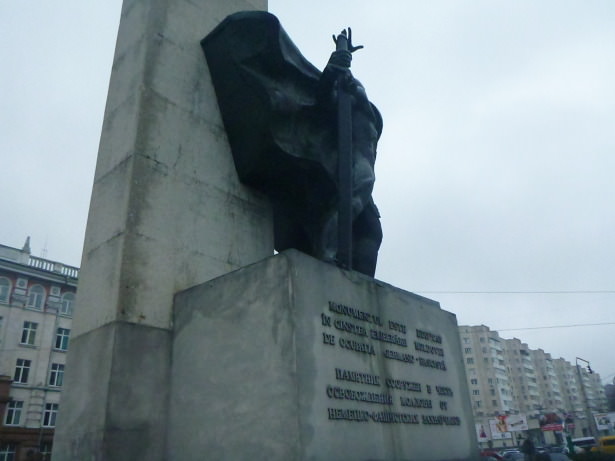 Moldova’s main street Stefan cel Mare Boulevard is drenched with stunning architecture. The Soviet times brought some significant buildings, which these days are largely used for local government. The Town Hall strikes out at you, but all along the boulevard you’ll be admiring the buildings around you. 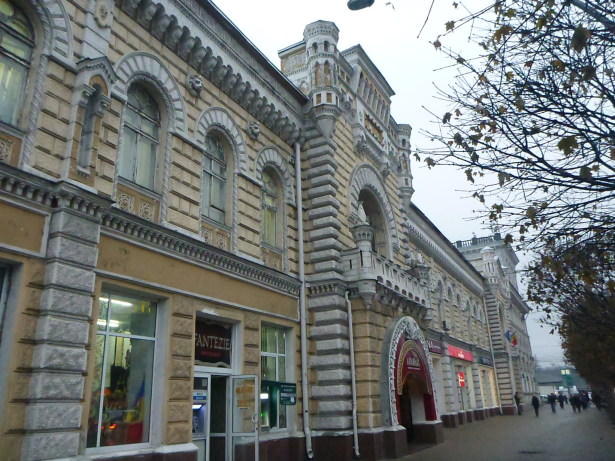 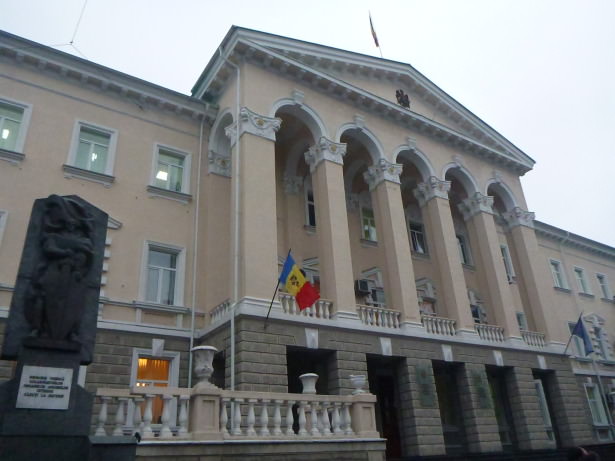 Moldova has been a separate republic since 1991, after the break up of the Soviet Union. The city since became known as Chisinau rather than Kishinev. I didn’t go inside but had a brisk walk all around in the pouring rain! 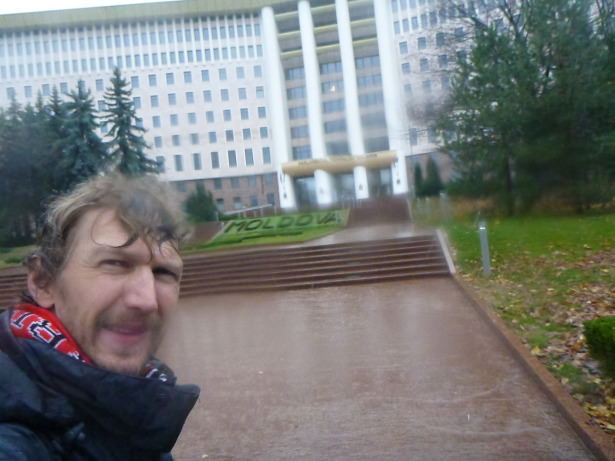 Getting drenched touring the sights of Chisinau – the Parliament.

You’ll notice Stefan cel Mare’s name brandished around in this corner of the world, so sooner or later you’ll ask someone who the hell he is. He has a statue in the public gardens and the main street in the city is named after him. Stefan cel Mare is also known as Stephen III (of Moldavia) and Stephen the Great and Holy. He was the Prince of the Principality of Moldova between 1457 and 1504, and the most prominent representative of the House of Mușat. During his reign, he strengthened Moldova and maintained its independence against the ambitions of Hungary, Poland, and the Ottoman Empire, which all sought to subdue the land. Stephen achieved fame in Europe for his long resistance against the Ottomans. He was victorious in 46 of his 48 battles, and was one of the first to gain a decisive victory over the Ottomans at the Battle of Vaslui, so it is no wonder that Moldova are proud of his achievements. Without Stefan cel Mare’s victories back in the day, it’s likely the current country of Moldova wouldn’t exist. 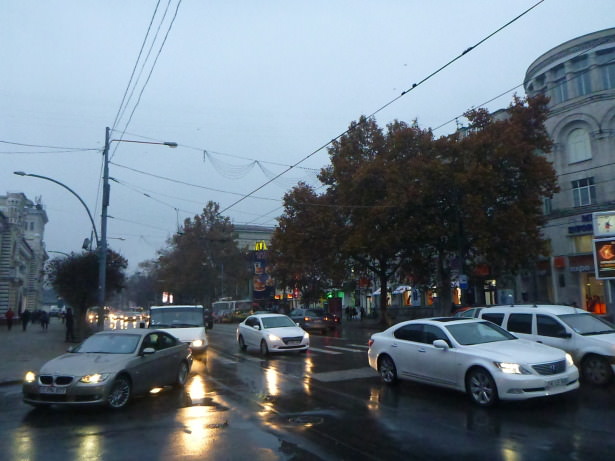 OK so Pyongy has one, Paris has one, Vientiane has one and bang – Chisinau gets in on it as well with it’s Triumphal Arch, pretty close to the Parliament Building and opposite the Cathedral of Christ’s Nativity. 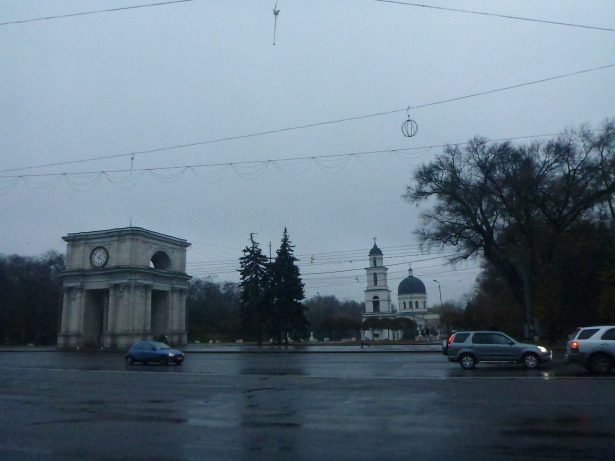 The triumphal arch in Chisinau.

I loved the fact that this extremely beautiful church is in a really leafy park bang in the city centre, yet there wasn’t a tourist in sight. I had the place all to myself and even raised a few eyebrows from passing locals shocked to spy a selfie taker in their home city.

Selfie at Cathedral of Christ’s Nativity. 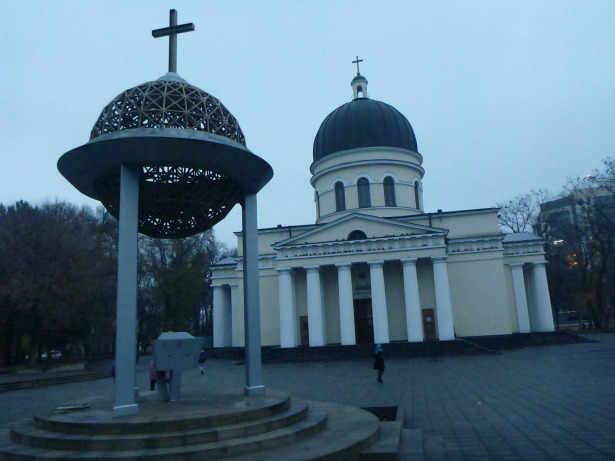 This is not the national football stadium in Chisinau, Moldova – that belongs to FC Zimbru on the edge of town (I saw it only from the bus) and it is also NOT the stadium that used to be the national stadium – that one is the Republic Stadium which has been allowed to overgrow and is now a sight for sore eyes sadly. Still, I headed to check out the Dinamo Stadium as I have to visit at least one football stadium per country – it’s a given. A wet day at Dinamo Stadion. 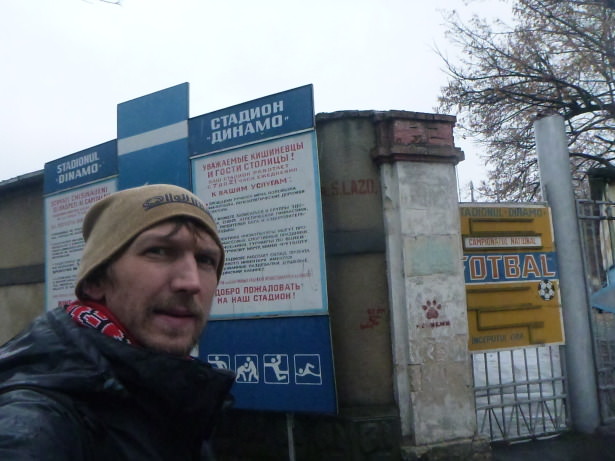 While the Nativity Church is the most visited and the most popular, I loved the colour and decor of the Moldovan Orthodox Church slightly more – this is situated near the Eternal Flame monument and park and on the corner to the left past the Liberation Monument. 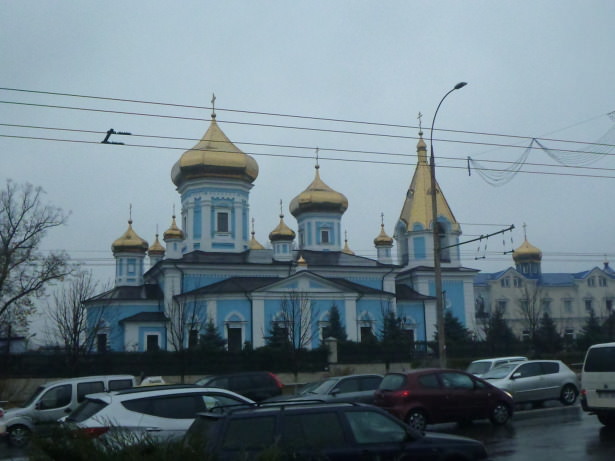 Aside from these 12 things, it’s just a cool city to hang out in – two of the shopping centres are worth a trip too – MALLdova for its punnery and Atrium which offers a view of the city if you ask the security to get a lift to the 9th or 10th floor. 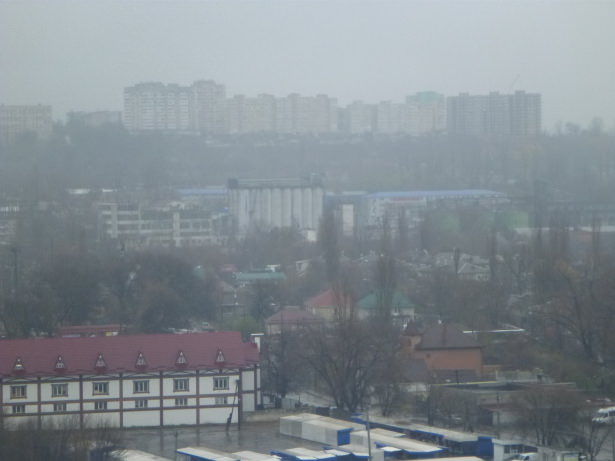 Also during my 4 days in Chisinau and Butuceni, it rained non-stop for 24 hours, heavily and while I always say weather is not important on your travels, I thought I’d let you all know just in case it influences some of you in your decision whether or not to go there. For me, weather doesn’t matter and I loved Chisinau!

Here are a few videos from my time in Chisinau:

4 thoughts on “Backpacking in Moldova: Top 12 Sights in Chisinau”