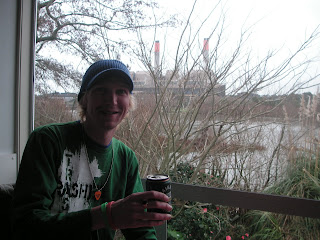 Backpacking in New Zealand: An Hour In Huntly

Every time I think of happiness, my short time in New Zealand always comes to mind. I didn’t see a lot of New Zealand in my 14 days there in 2007, but I did a lot, and I didn’t get much sleep, in order to make the most of it. Apart from Sky Diving, Bungy Jumping, Zorbing and Speedboating, I also took some chill out time in New Zealand, and one of these was a total of 1 hour at Huntly, right on the banks of the Waikato River, in the North Island. The only reason I was there was due to the bus I booked from Auckland to Rotorua, which stopped maybe 3 times (at Cambridge, Hamilton and Huntly I think) and this somehow gave me an hour to experience a small little village by the Waikato. On the bus I sat next to a pretty girl from Cambridge, she had just got back from serving time with the army, and seemed rather subdued. It was in the middle of New Zealand’s winter as the bus (which wasn’t full) pulled up in Huntly. 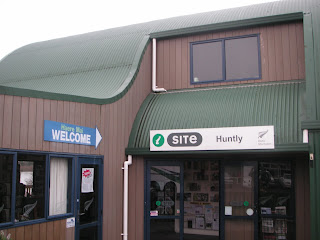 I headed straight for the river for a look, I noticed most on the bus didn’t – a lot of them locals so it wouldn’t have been appealing to them. The river was wide, the air damp and misty and I strolled along it. Its a famous river, and Huntly itself is often referred to as “in the heart of the Waikato.” I liked that phrase and after posing for some photos and taking some random photos of the river and countryside, I headed into the nearby bar, which was part of a complex. I enjoyed a Waikato (obviously) beer in there and chatted to the staff as the bar was empty. 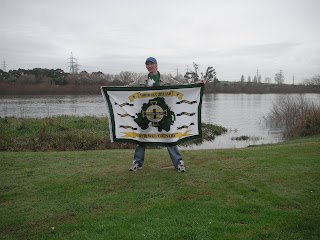 The people were very friendly and welcoming, chatting away about things to do in Rotorua and Lake Taupo (the next two places I told them I was heading). I only had about an hour to play with, but I remember having something quick to eat there as well – I cannot remember what. It was the sort of chilled out place I could imagine working and enjoying every minute of it. There didn’t appear to be any gloom, unhappiness or even crime. 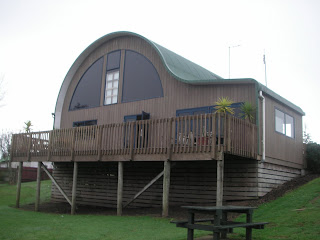 This visit came as part of my “very fast” round the world trip in 2007, and was an unscheduled place to visit, so I didn’t really experience anything major in the space of one hour, though I remembered it vividly. During my entire trip, this was the shortest time slot I ever stayed in one settlement, and so had basically neglected to mention it before, until now I realise it was just one of those dreamy parts of my adventure. I certainly hadn’t heard of it before, and have since learned that it only has around 7,000 people living there, and has a major power station, which I didn’t see properly when I was there, though I did get a photograph of it in all its glory, from the opposite side of the Waikato River. Gorgeous countryside and lack of people make Huntly a very random, quiet place to stop. 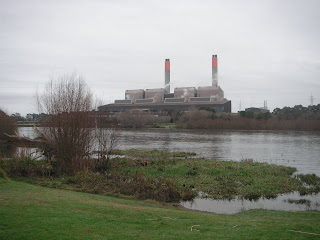 Soon though my “hour in Huntly” was over and I was back on my travels again, onto the murky volcano town of Rotorua. Basically I never really saw Huntly, but enjoyed what I saw, and it was just another one of those eloquent moments on life’s vicious and ongoing corridor. If anyone has actually done Huntly properly, let me know how it was… 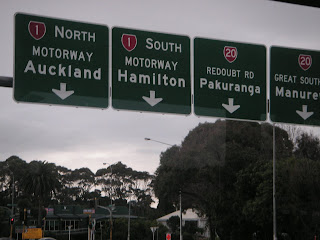 Huntly Coordinates: 37°33.6′S 175°9.6′E(population 7,067) is a town in the Waikato region of the North Island of New Zealand. It is on State Highway 1, 93 kilometres south of Auckland and 35 kilometres north of Hamilton. It is situated on the North Island Main Trunk Railway and straddles the Waikato River.
Huntly was called Rahui Pokeka when migrants settled the town some time in the 1850s. The Huntly name was adopted in the 1870s when the postmaster named it after Huntly, Aberdeenshire in Scotland. He used an old ‘Huntley Lodge’ stamp to stamp mail from the early European settlement. The ‘Lodge’ was later dropped and the spelling changed to also drop the additional ‘e’.