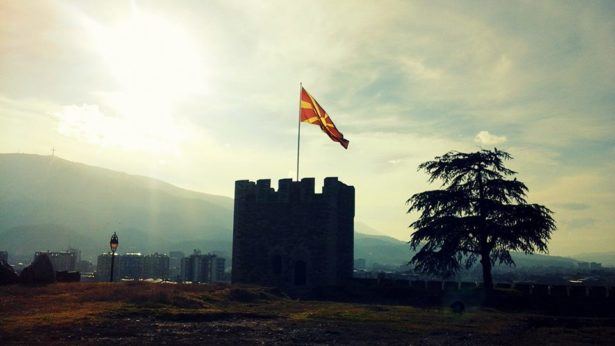 ** Apologies but I really backpacked through Skopje and spent three days there but I lost all my photos. Luckily I uploaded the videos before my computer and hard drive packed in so I have the videos. Luckily I also uploaded the below photo to my Facebook page so it’s a real travel blog. The sights still apply, go and see them. 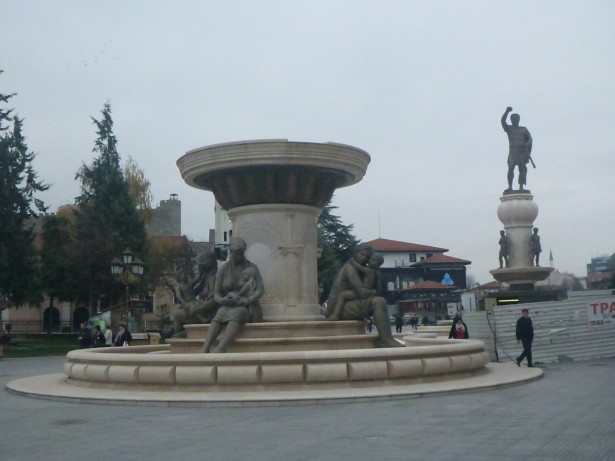 Northern Macedonian capital city Skopje is awesome, you can safely add it alongside San Salvador, Belfast and Yerevan as capital cities that sure surprised me. After crossing into Northern Macedonia from Bulgaria, checking into the City Backpackers and drinking in Skopje’s Bars and Cafes, it was sightseeing time and Skopje doesn’t disappoint. Here’s a quick fire top 10, which I could have stretched to a 20, but I’ll keep it minimal for you all.

For me this is the number one attraction. A huge walled fortress which overhangs the town. Inside its compunds are splendid views all around, extreme history lessons and pleasant walks. A must for anyone backpacking in Skopje. I was there in December and entrance was free. 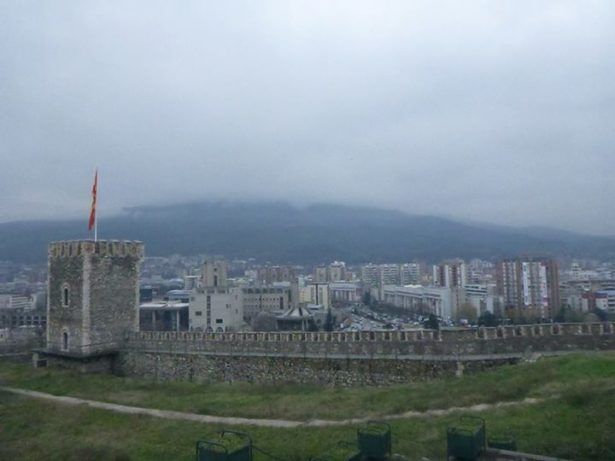 This central circle/square is the main square in the city and represents the history of Macedonia with its massive horse statue (with big balls). It’s a touristy thing to walk past and take a photo so join the masses, day and night. 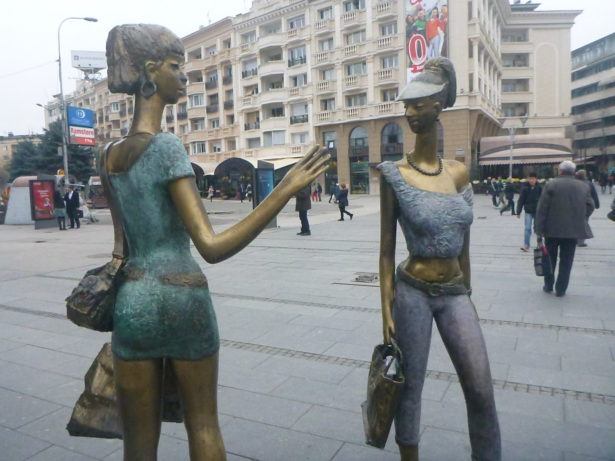 I told you Skopje would shock your backpacking soul. Mother Theresa hails from Macedonia, having been born in Skopje in 1910 – probably the most famous Macedonian ever. The Memorial House to her is marvellous containing a replica of her room, a cosy church, a souvenir shop and it is a totally fitting tribute to a woman of sheer wisdom and inspiration. 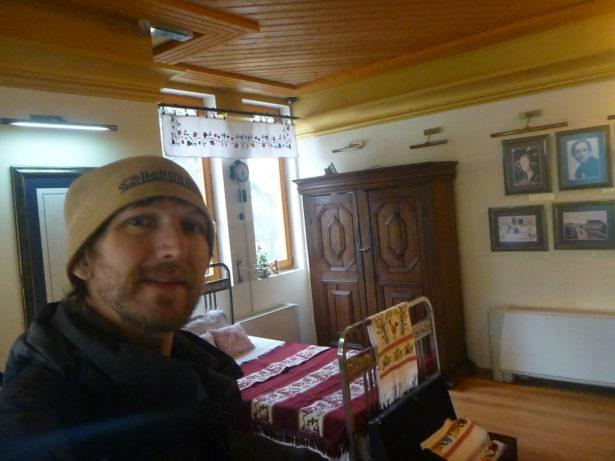 Carsija is the part of the city that is essentially the Old Town. All sorts of tiny paved streets work their way through a range of cafes, bars, shops and mosques. Old school Skopje with its Turkish influence that ain’t changed in years – nor will it ever need to – a splendid place.

An excellent almost hidden bunker type church which is underground partially for a reason – the Turks banned churches from being taller than Mosques. You can go right inside and admire the craftsmanship of Makarije Frckovski and brothers Peter and Marko Filipovski.

For a nation that is relatively small (just over 2 million), they have a massive state of the art football stadium that would put most small European capitals to shame (I’m thinking Belfast, Riga, Helsinki). Plus for me I made the Glentoran FC pilgrimage walk out to it. 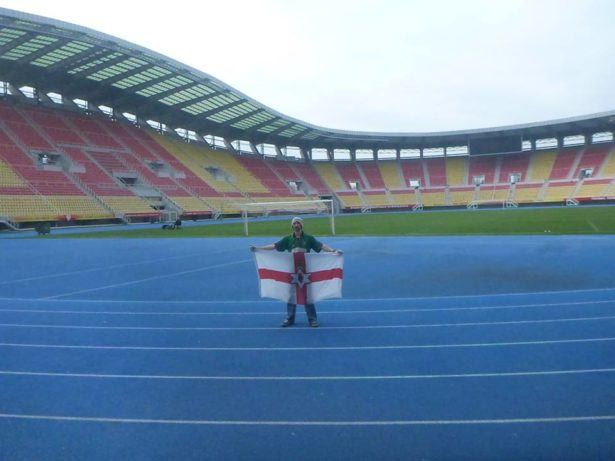 My local team Glentoran once played here, losing 2-1 to FK Renova in the UEFA Cup, a match we later overturned in Belfast to qualify for the next round. The ground staff let me into the stadium, onto the pitch and posed for photos. Thanks lads! 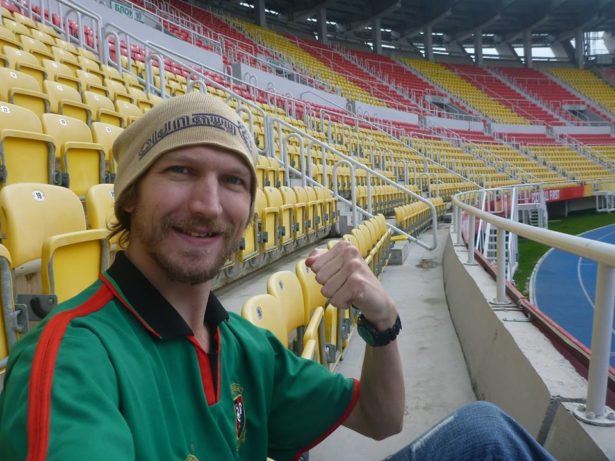 Well I’ve stuck a church in the top 10, so time to even things up with a Mosque. There are a lot to choose from and my favourite was the Sultan Murat Mosque which is in the old town.

This is a mostly outdoor Turkish style market. Gifts range from tobacco to shisha to clothes to fruit. A really pleasant stroll this one, and honestly for a country which is leaning towards western Europe more, it’s one of the rare examples of a city on that level that has a traditional Middle Eastern style bazaar.

One long lingering memory of Skopje will be “bridges and statues” – they are simply hundreds of bridges in this city, the Kameni Most stands out but equally there are lots of statue laden bridges straddling over the Vardar River to admire.

The official name of the country was the Former Yugoslav Republic of Macedonia, so called to avoid confusion with the region of Macedonia and of course to keep the Greeks happy as they have Macedonia within their borders too. After I backpacked it, they renamed it to reflect the geographical location of this part of Macedonia. As it is in the north of Macedonia, the correct English name nowadays is Northern Macedonia. 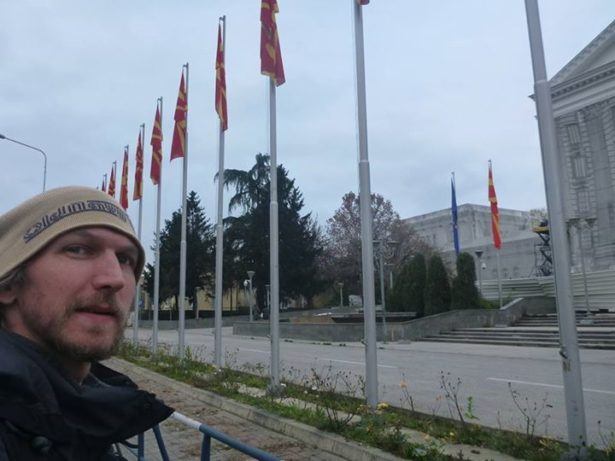 Skopje is a truly livewire and pumping capital with a lot to offer the tourist. It’s worth three days for sure and I loved it. Here are my videos from backpacking in Skopje in Northern Macedonia: