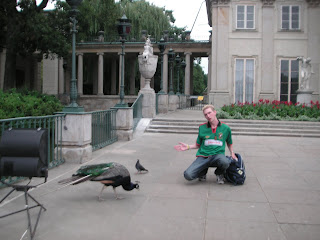 Backpacking in Poland: Warszawa Skies They Wont Rain On You 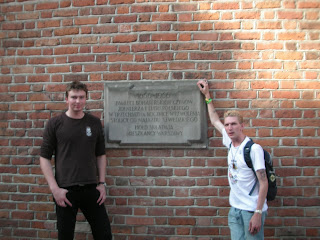 I first visited post-communist Poland in 2005, getting a train from Berlin to Warsaw. I stayed there for two nights with my Northern Irish friends and sampled only a teeny bit of the Polish culture, as I was there to watch the Northern Ireland football team and quite honestly to get pished on cheap beer as it was my 25th birthday party. Having worked with and made good friends with many Poles over the last 4 years however, I decided I should go back and check out the beautiful country again, 12 years later eventually relocating there as Northern Irishman in Poland. As my friends Rafal, Piotr and Artur all lived in Warsaw, I again chose Poland’s capital to check it out again. The cities of Krakow, Gdansk, Poznan and Katowice would have to wait for another time. 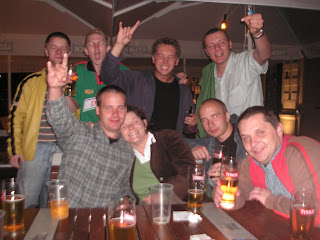 On arrival at Warsaw airport, sure enough there was Rafal and Artur waiting for me and to add to my amusement, they held up a card with “Alan Connell” written on it. Alan Connell was an ex-AFC Bournemouth player who I had always wished had stayed with the club. As a young player he was one of the best in the lower leagues. His strike against Bradford in 2004 remains my final Alan Connell memory. My Polish friends were aware I liked Connell, due to me constantly singing the “Alan Connell Alan” song when we worked together in a fast food shop in sunny Bournemouth. From that moment on, the laughter and fun in Poland never stopped. I couldn’t believe that having travelled so far on my own, I was finally with people I knew and in fact hadn’t seen for two years, and people whom I had never properly enjoyed life with away from the workplace. 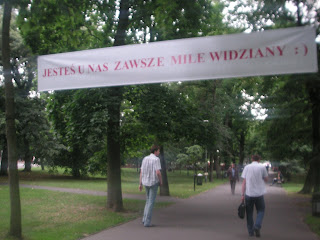 Rafal and Artur treated me like a king for 3 days, driving me round the sights, showing me the best bars, meeting me at various points and taking me out on what were THEIR nights out. It was an honour to be part of such a warming Polish crowd. They gave me a real appreciation for the Polish people and lifestyle. Certainly this is 3 days of my life I will never forget, even if I was a little drunk on the second night! I went to the top of the Palace of Culture and Science. The building was the brainchild of Stalin’s Communist reign as a present from Russia to the Polish people in the 1950s. The building is still the highest in Poland and inspired me to write a song. I also visited the Palace on the Water at Lazienski Park and saw the statue of Freddy Chopin, world famous musician. Another interesting fact I learned from my friends is that Copernicus, a Polish astronomer discovered that the world wasn’t flat, but round. I really should have listened in history on those damp Bangor days all those years ago. I got a token photo with his statue. I also visited Royal Castle Square and the main Old Town Square, which cover up the wartime scars of this elegant and improving city. I also walked through the Old Town and it’s walls, which I had done in 2005 as well, though this time with a guided contingent of locals whose job was not to seek the cheapest beer but to inspire me into their ways. 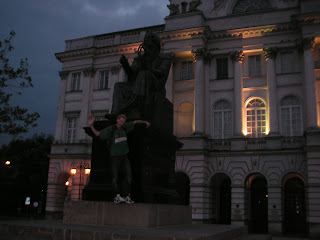 Nights would be spent drinking beer (of which one was called Belfast!) in the various bars round town. I even sang karaoke to Warszawa’s people, giving them a rather British rendition of Oasis’s D’You Know What I Mean? in Tola Bar. Many months later Rafal drank there and told me “your presence is still here” in a text message. It’s nice to be happy, but you need to be happy to be nice! Funnier moments came when I bared my bum to two young Polish ladies in a downtown bar and also invited myself on stage at an African Party to sing to my mates. Certainly the Polish know how to party, enjoy themselves and most of all these people are warm, friendly, kind and share a passion for life. It’s a great thing to have Polish friends. The day the Berlin Wall came down and the Eastern Bloc disappeared slowly, was a Godsend to people who deserve their freedom for eternity… 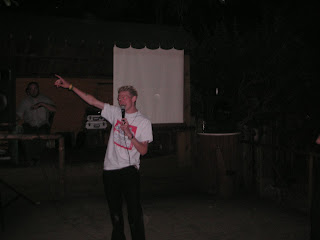 I also learnt some Polish when I was there, which I loved. Na Zdrowie! Jestem Z Irlandii Polnocnej. Mam na imie Jonny. Djikuje. These are probably spelt wrong, but I want to learn more about this excellent country, whose people warmed my heart forever.

Warsaw skies, they wont rain on you.

Where I Stayed – Nurses Hotel on the outskirts of the city – cost around £12 per night. Hotelowy Osrodek, Warsaw.

Average price of a pint of beer – It was around 6 or 7 Zlotys which is about £1.

Favourite Thing About Warsaw – The Polish people and their passion for life.

Moving Moment – Silence when I came away from the microphone singing D’You Know What I Mean? by Oasis!

Key Song – Oasis – D’You Know What I Mean? (Yeah, Yeah) even though no sod in central Warszawa knew what the feck I meant…

FACT – The Palace of Culture and Science is the second highest clock tower in the world!

3 thoughts on “Backpacking in Poland: Warszawa Skies They Wont Rain On You”