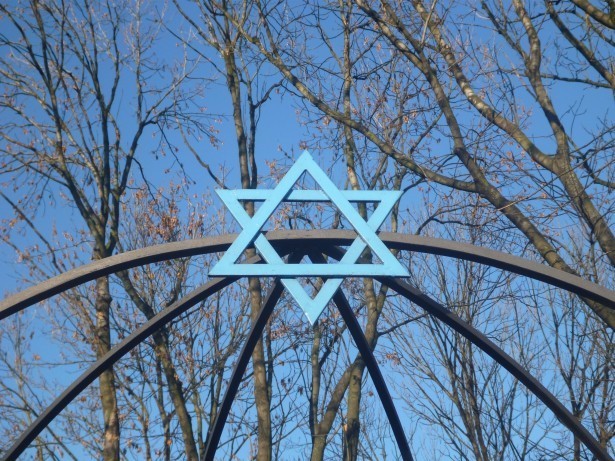 When I arrived in the city of Kraków in Poland, it was time to delve into some Jewish history. Yes, I have spent a hat-trick of weeks backpacking through Israel and Palestine, but here, Jewish history is a huge thing, for sad reasons. Kraków has always had a large Jewish population and a Jewish neighbourhood. While the situation here has changed down the years, notoriously and notably during Nazi rule, modern day Kraków is an easy backpacking city for any new explorer. Try not to slip in and out of the city without at least a visit to the Jewish Quarter in the city, which is so stand out and quirky, it often feels like you have moved cities. 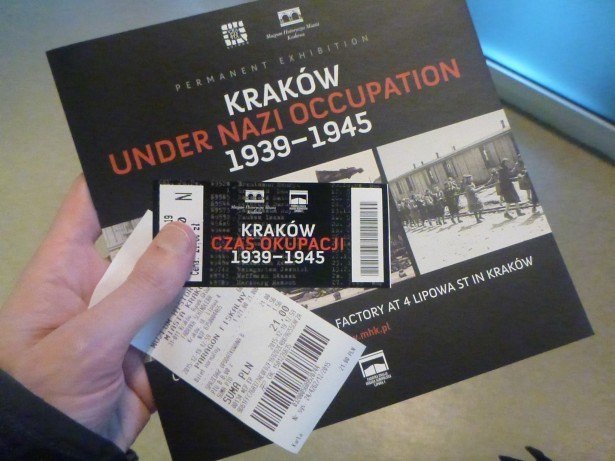 When you travel to a city as popular as Kraków, you cannot really avoid other tourists, I was there in December 2015 and even then it was really busy. The local airport has flights to Kraków from all over Europe to places like Dublin, Copenhagen, Paris, Madrid and so on. I booked myself into the popular Mosquito Hostel in the city and there are plenty of hotels in Krakow Jewish Quarter too. 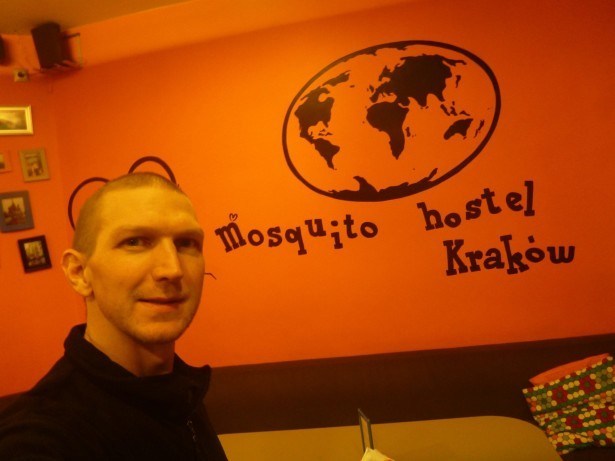 Staying at the Mosquito Hostel in Kraków

On this recent trip to Poland, as well as touring Auschwitz and Birkenau, I decided primarily to tour the Jewish part of Kraków. Every day there is a free walking tour of the Jewish Quarter and it starts at 2pm. However, I backpacked it on my own as I wanted more time to explore and I especially wanted to visit Schindler’s Factory. The place of course that inspired the film Schindler’s List. Aside from that, it makes for a fascinating place to get to grips with the German invasion of Poland and the destruction of humanity that these Nazis caused on innocent people. Here are my top 5 sights in Jewish parts of Kraków, spanning from the Jewish Quarter across the river to where the Jewish Ghetto was. 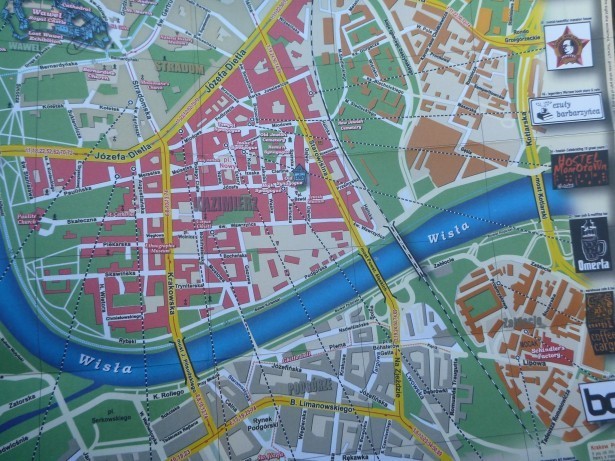 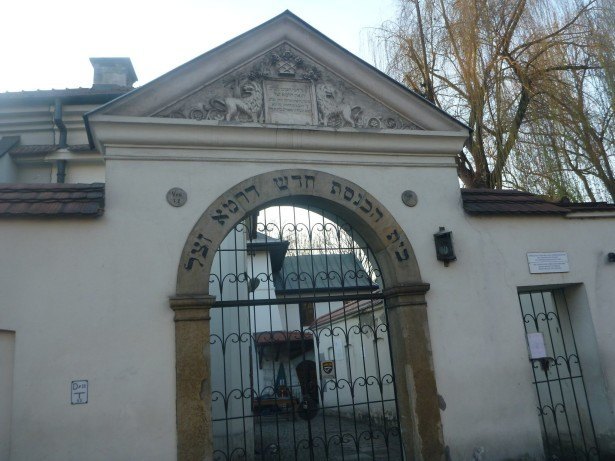 A central Synagogue in Jewish Kraków

This is the number one sight for me. Not just in Jewish Kraków, or even Kraków, but it is a key sight for Polish and German people the world over. This is the famous factory which employed Jews during Hitler’s invasion, which has now been converted into one of the best museums in the world. 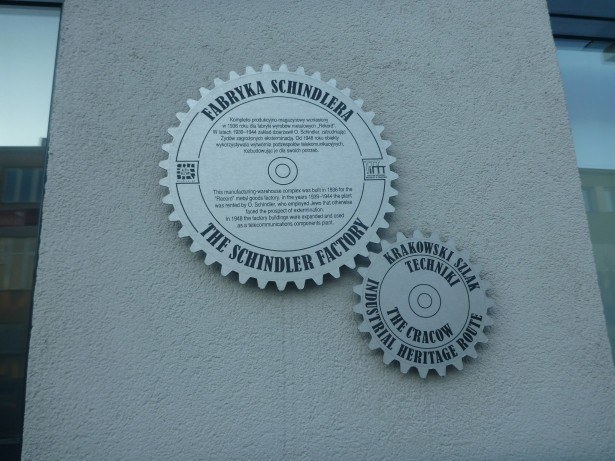 Its owner Oscar Schindler famously having a “list” of Jewish employees and protecting their identities in a time where German Nazis were working Jewish people to their death at concentration camps. 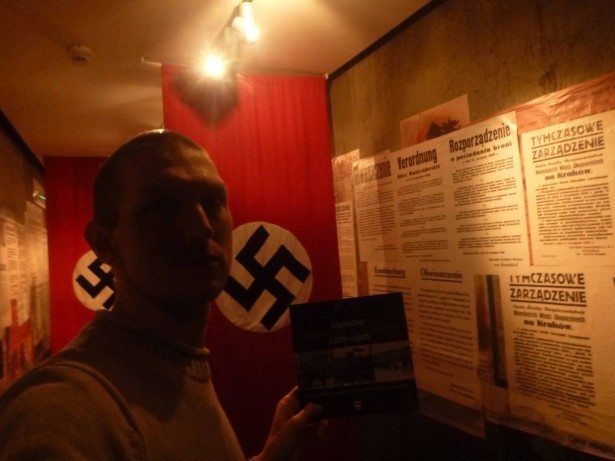 I spent 3 hours inside Schindler’s Factory which is the same building as the factory was in but it now houses a huge museum and one of the best museums I have ever been in. It’s a bit of a walk out of the city, across the bridge and over the Wisla Rover, past the main Jewish Quarter but it is so much worth the trip. 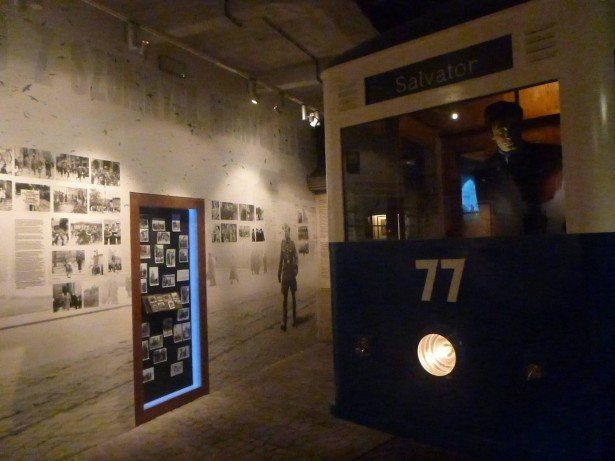 Inside, mock old cities remind us of war times in Krakow as well as displays such as a mock Jewish Ghetto and Schindler’s Office. It is really insightful. 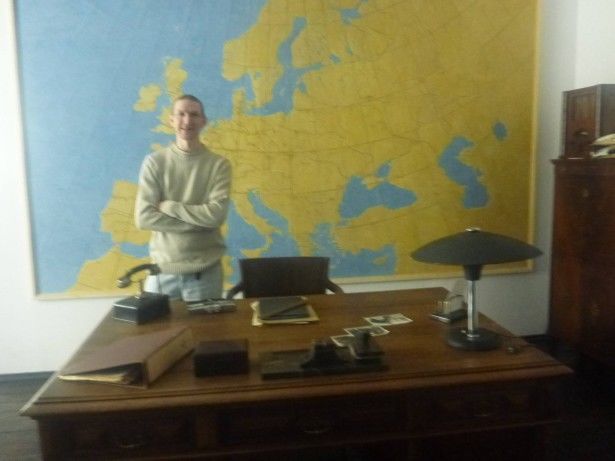 The Jewish Quarter Kazimierz, has lots of synagogues in it. The Old Synagogue has actually now been converted into a museum – well worth a look, even if the outside looks a bit run down. 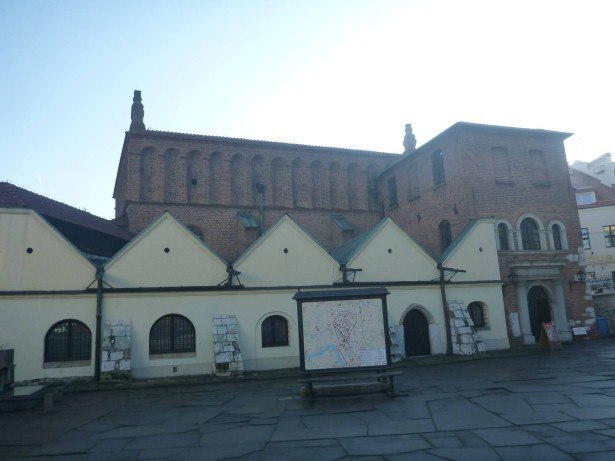 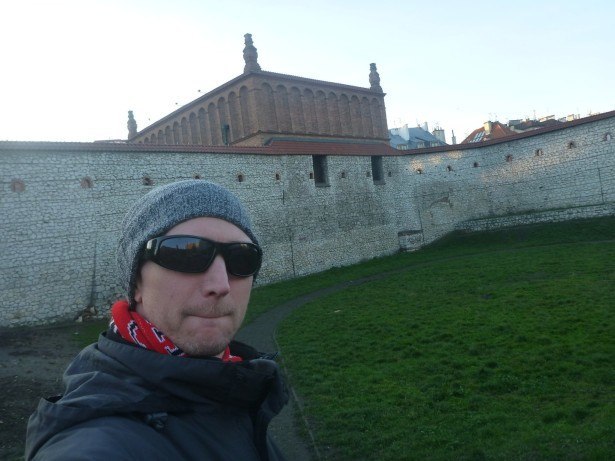 On your walk through the Jewish district you will pass a few more synagogues. Some were closed but I went into a few of them and the one that I enjoyed most was the Tempel Synagogue. 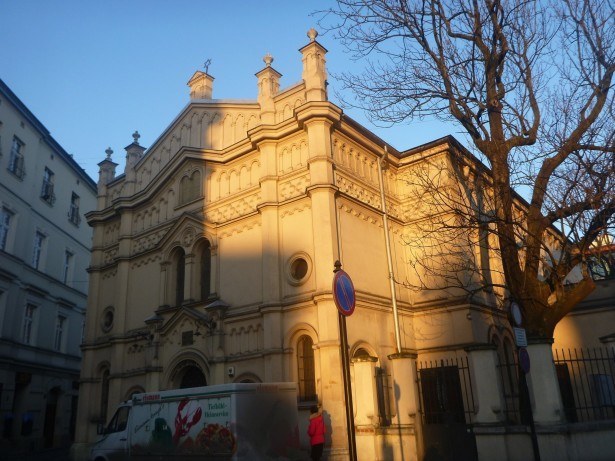 Down near the Wisła River in Kraków, past the Old Synagogue is yet another museum, the third on this list. It is dedicated to the Jewish people. 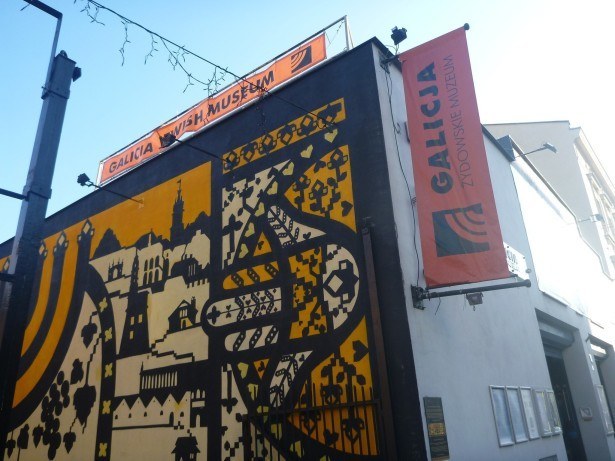 The central square in the Jewish Quarter is the place to try some Israeli food by day and by night you can drink in some Jewish style bars. For the avid blogger ( 😉 ) there are also a few Wi-Fi spots. Here are some more photos from the Jewish Quarter of Krakow which I highly recommend. 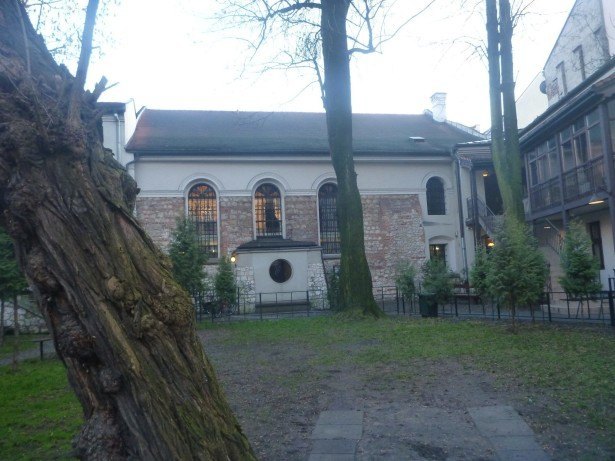 A synagogue in Kraków 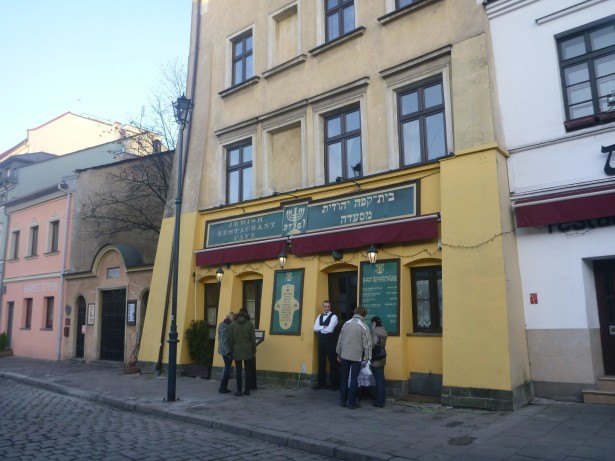 An Israeli Restaurant in Kraków 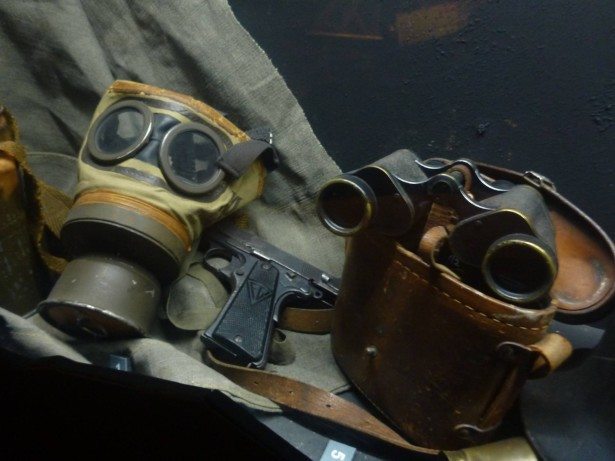 These reminders of Hitler’s times 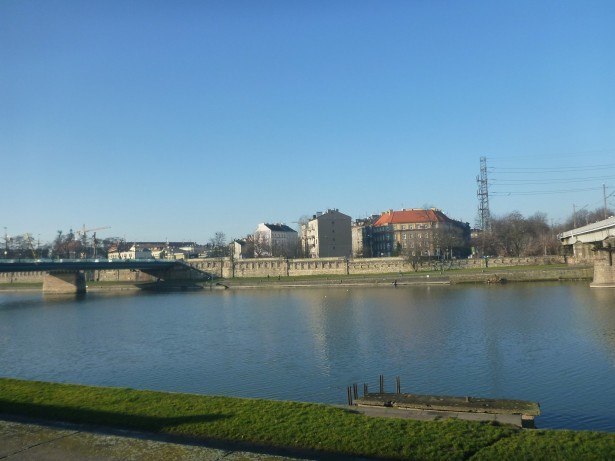 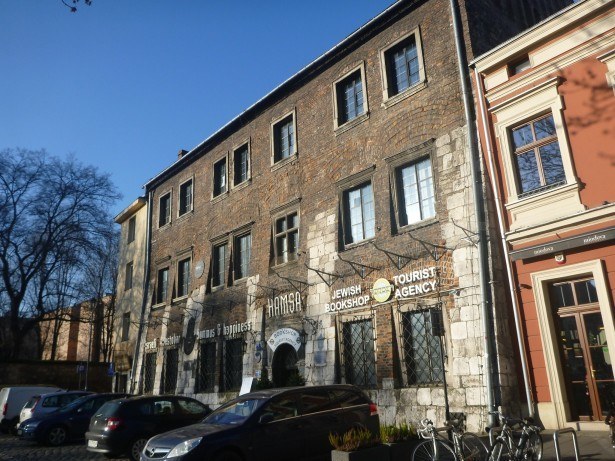 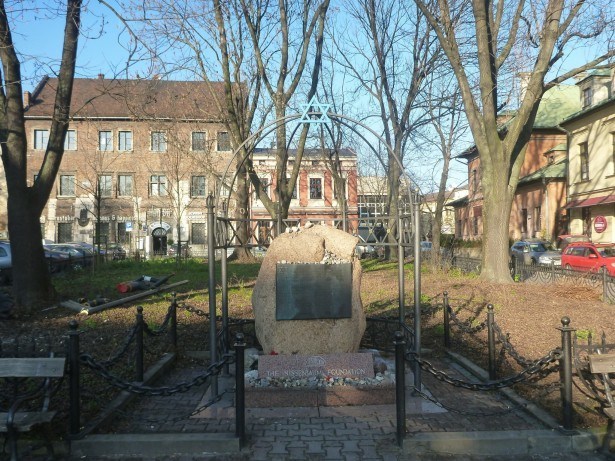 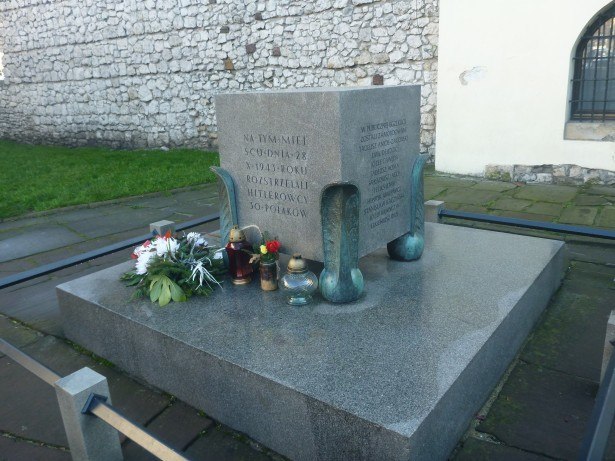 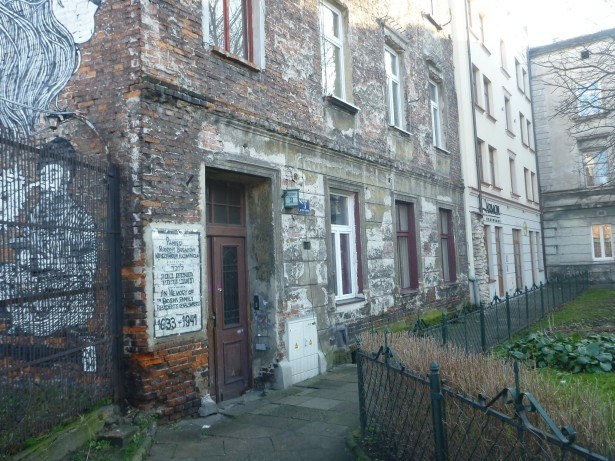 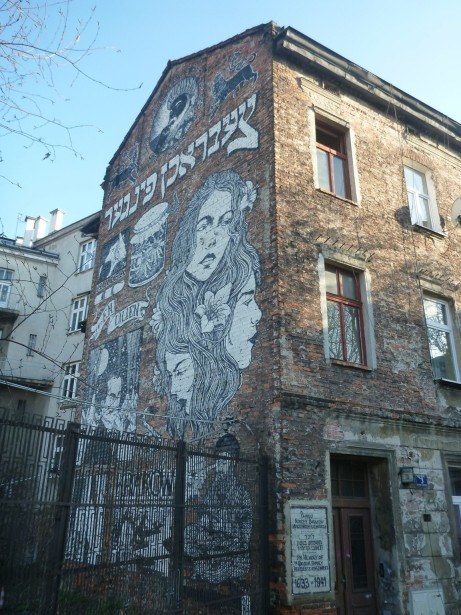 Here are some of my videos from backpacking in Kraków’s Jewish Quarter, Kazimierz: