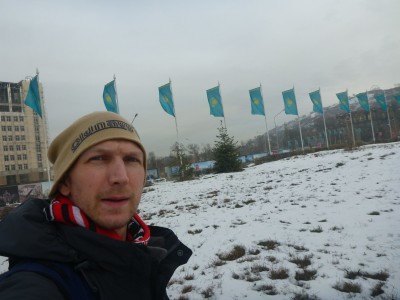 On Christmas Eve 2015, I arrived in the city of Almaty in Kazakhstan. This city is huge, the biggest in Kazakhstan in fact, despite modern Astana being the capital city. I had flirted with Central Asia and “the Stans” a few times before, visiting Iraqi KurdiSTAN and PodjiSTAN as well as backpacking through Iran, Azerbaijan and Russia in the past. This time, I was free to move around though. Granted a visa on arrival on my British passport, I headed on a double bus journey from the airport to my hostel, the cosy Almaty Backpackers just off Dostyk Avenue. 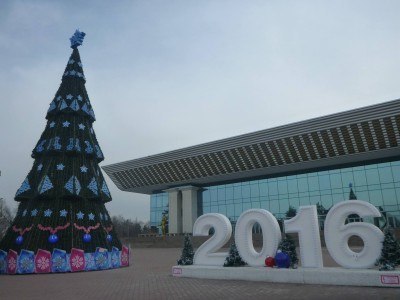 As well as touring the mountains and lakes at Ile Alatau National Park and my border adventure to Bishkek in neighbouring Kyrgyzstan, touring the sights of Almaty was a breath of cold winter air and I worked my way through this top fourteen.

1.Zenkov’s Cathedral
Also known as the Cathedral of Ascension, Zenkov’s is a bright and prominent church in the 28 heroes of Panfilov Memorial and Park. It’s yellow, white and green colouring make it a pure fire photographers highlight. 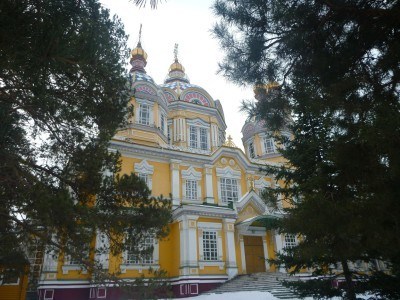 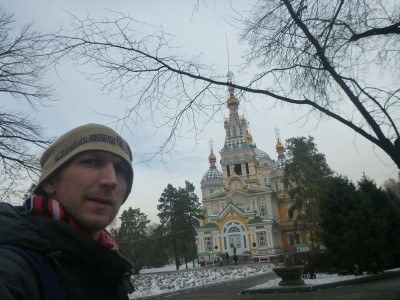 2.The 28 Heroes Panfilov Memorial Park
This leafy and large park is dedicated to the fallen heroes from Kazakhstan. With its burning flame and Soviet style memorials, it is a peaceful place to walk around. 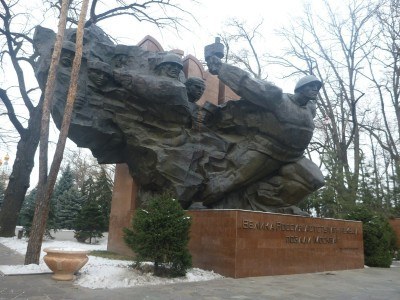 A monument in 28 Heroes Panfilov Park

It was rather inspiring when I turned up as there was music playing a really sombre tune with the words “Karavan” repeated over and over again. It was Christmas Day and a feeling I won’t forget. 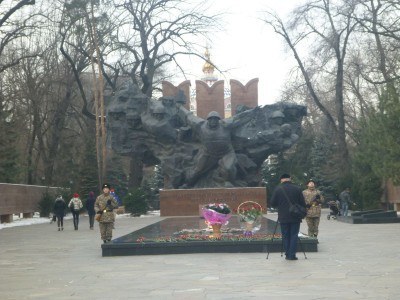 The 28 heroes that died were part of a Kazakhstani regiment who fought and died against the Nazis near Moscow in 1941. 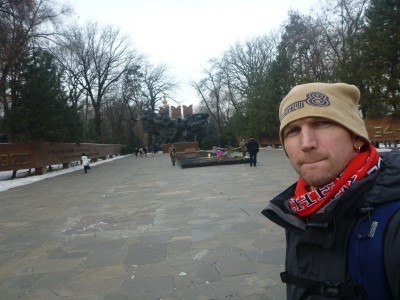 3.Zelyong Bazaar (Green Market)
Bazaars in Central Asia continue to amuse me. The Zelyong Bazaar in Kazakhstan is famous, but not quite as quaint and exciting as the markets of Iran (Tehran, Qazvin and Tabriz). 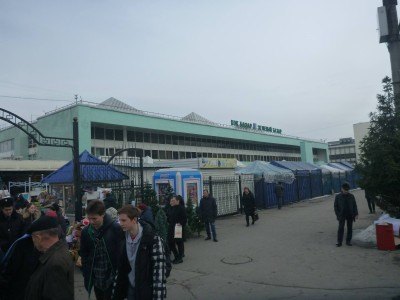 The Zelyong Bazaar (Green Market) is massive and you can lose a few hours in here. There are many different parts to it and the people selling things are so so friendly, talking away to me and posing for photographs. It’s a great way to meet local people. 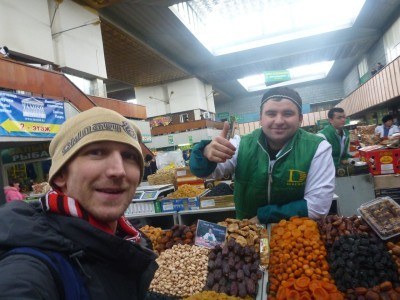 4.FC Kairat Central Stadium
I try to visit at least one football stadium in every country I visit, and I think I’ve managed it in 90 of the 108 countries on the journey so far. 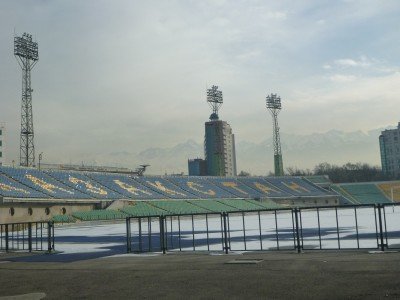 For me, seeing the stadium is enough to satisfy my football brain, getting inside is a bonus, seeing a live match is a dream sometimes my backpacking budget doesn’t allow. Here I was able to get inside the main gates but not into the stands. The stadium is massive. 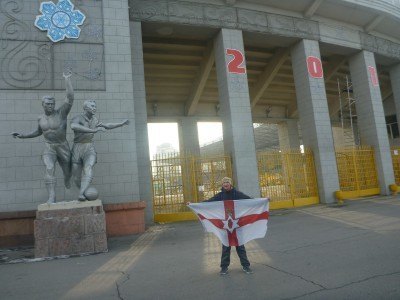 Flying the flag at FC Kairat

FC Kairat have the possibility of playing my teams Glentoran FC and AFC Bournemouth in European Competition now that Kazakhstan is bizarrely included in UEFA (despite the fact that it and Russia both border China!). 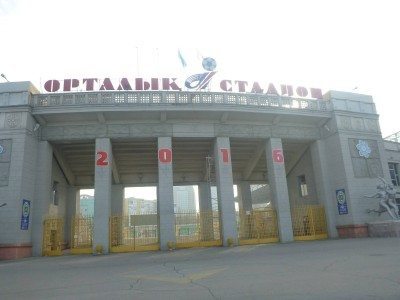 5.Almaty Metro System
Former USSR countries and cities are brimming with architectural gems as far as metro systems go. I remember visiting the metros in Kiev, Minsk, Moscow, Yerevan, Tbilisi and Baku. The Almaty one is clean and pristine and very deep. 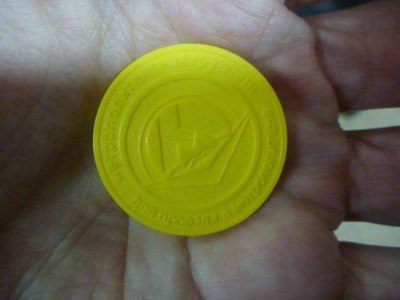 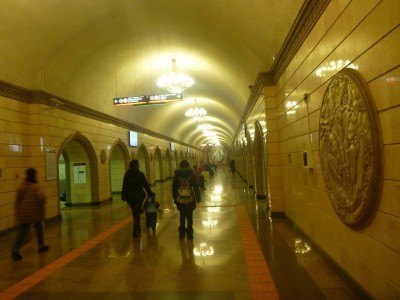 Art here in Almaty metro is also rich and a journey costs just 80 Tenge (about 25 pence). Incidentally the buses in the city, are the same price. 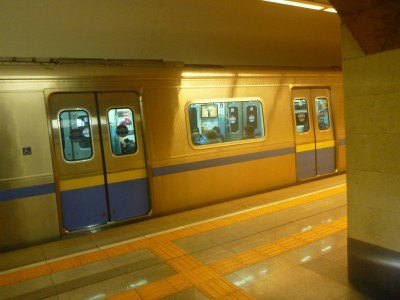 6.Central State Museum
The best museum to see on most people’s lists is the Central State Museum. You have to pay 300 Tenge to get inside (about £1). The highlights inside for me were seeing the Scythian Era Kazakhstani suits – the Golden Man suit being the coolest looking of these colourful designs. 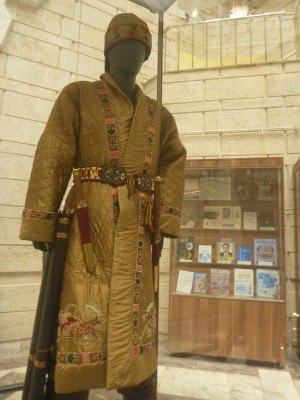 There are also some huge rooms on history, my favourite was the room dedicated to Kazakhstani Independence following the fall of communism and the break up of the Soviet Union. Another room displays ancient history, Soviet history and the Second World War. Photos are banned inside the entire museum, I took a few sneaky ones. 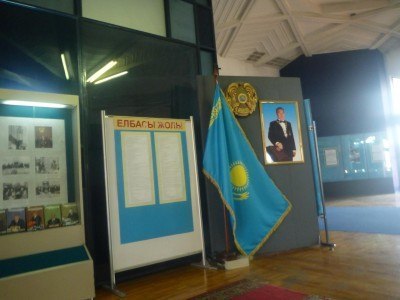 The exhibition of Kazakhstan Independence

7.Palace of the Republic
A little less dramatic than advertised, this palace in a square offers little more than a 3 minute walk past it to admire and take a few photos. 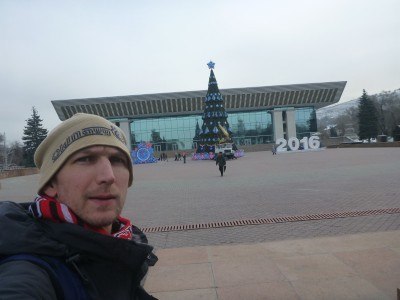 Palace of the Republic

8.Kok Tobe and the Cable Car
I had five days in and around Almaty and four times I went to the Cable Car entrance and each time it was closed. The guards were also less than friendly. It was clear the cable cars were still operating as I could see them climbing up the mountain every few minutes, but I wasn’t allowed in and there were no other tourists around. 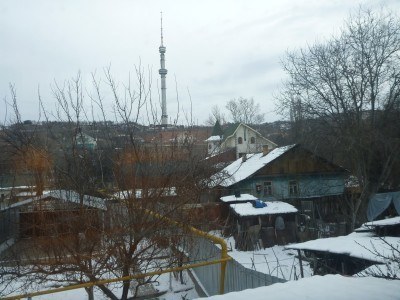 By getting the cable car, you arrive at the Kok Tobe Tower and can enjoy good views over all of Almaty city. 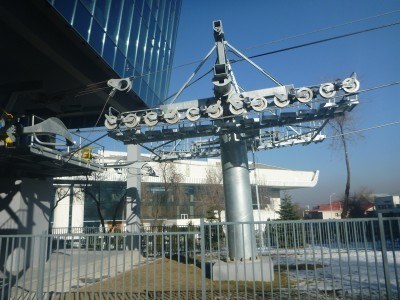 9.Central Mosque
Kazakhstan is a dominantly Muslim country and Mosques are scattered around. That said, finding one in Almaty is not always so straight forward. Your best bet is just to head to the Central Mosque to check it out. Don’t forget to take your shoes and hats off before going in. It is located on Pushkin Street, a few blocks out of the city centre from the Zelyong Bazaar. 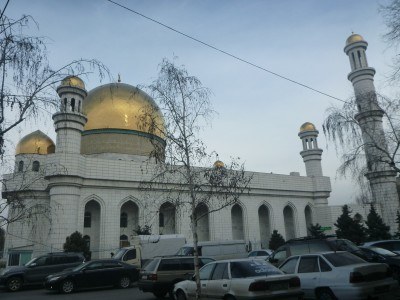 10.Respublika Alany (Republic Square)
Here in front of the enormous City Hall, sits a quiet Republic Square. With its permanent monuments and temporary displays, it acts as a place for people to meet up. However, in winter time it was always quiet when I visited. 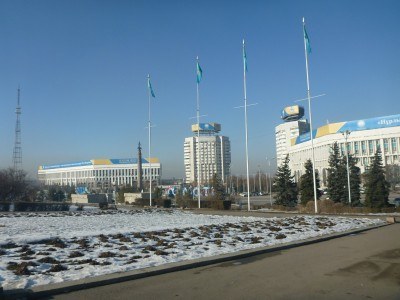 There is a monument here dedicated to those that died in this square in 1986 during the Glasnost era of Gorbachev’s rule after protests, the first of their kind in Central Asia. The City Hall sits opposite. 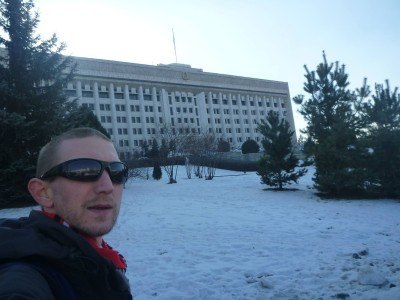 11.Hotel Kazakhstan
For an example of one of the notorious surviving hotels from Soviet times, you can check out the Hotel Kazakhstan. There’s a public bar inside so you are welcome to go in. It is on Dostyk Avenue. 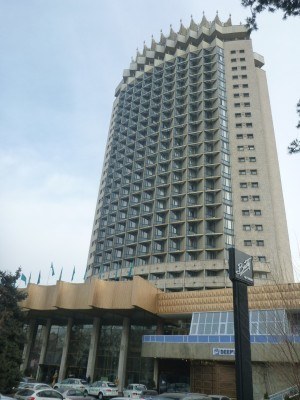 12.Arasan Bath-house
I didn’t go in for a dip here to Arasan Bath-house but most people do. I guess I’d had my fix of bath houses in Iran and Turkey. At any rate, it’s a cool building to admire from the outside. Inside it will be gender separated and you need to get naked. 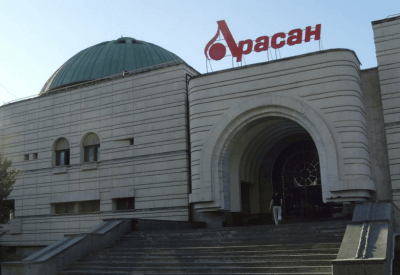 13.Auezov Theatre
Again a building dating back to the times when this country was included in the USSR amalgamation, a typically large theatre which still puts on shows in Kazak, Russian and English. It’s the Soviet influence which shines through most though, both inside and outside. 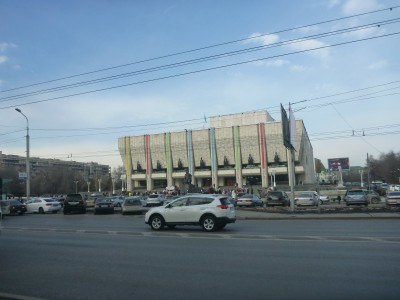 14.Kazakhstan Flags on Dostyk Avenue
You should try and make the short walk uphill from Dostyk junction (take a right past Abai metro on the main avenue). Here is a long road full of Kazakhstan flags that leads up to the mountains. It’s worth seeing. 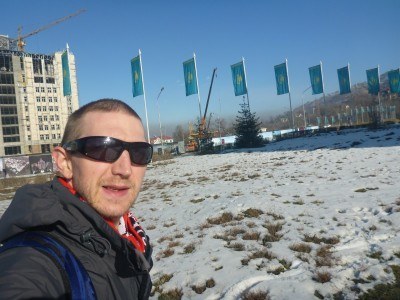 That’s 14 – when you backpack here you will of course find lots more but this should get you started. 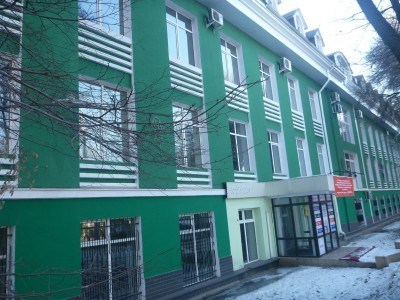 A green building in Almaty

Here are some videos from my time backpacking in Almaty, Kazakhstan:

6 thoughts on “Backpacking in Kazakhstan: Top 14 Sights in Almaty”