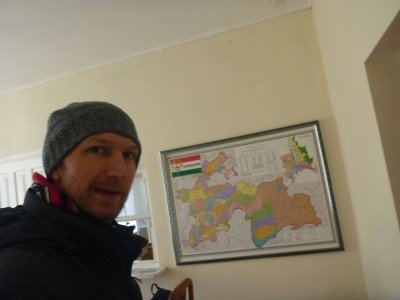 How to Get a Tajikistan Visa in Bishkek, Kyrgyzstan

So I arrived into “the Stans” in late December 2015 after a brief spell in southern Kazakhstan, where I toured Ile Alatau, Almaty and a few bars, then I crossed the border into Kyrgyzstan. I didn’t need a visa for Kazakhstan (15 days on arrival on a British passport) nor for Kyrgyzstan (60 days on arrival on a British/Irish passport). But once I arrived in Bishkek and decided I liked it here, I decided to stay for a while to work on my book, secure some visas and chill out. One of the visas on my hit list was for Tajikistan. The slight complication with Tajikistan is that the country requires two separate visas if you want to see both significant regions, one being the barely known Gorno Badakhshan Autonomous Oblast Region. However it’s best I cover them in two separate posts as I like to separate my regions that way and besides, some travellers only want to visit the west part of Tajikistan, where the capital city Dushanbe sits. For this reason, they’ll only need the Tajikistan Visa, and not the permit for the Gorno Badakhshan Autonomous Oblast Region. Read my extended article on getting a visa for Gorno Badakhshan. 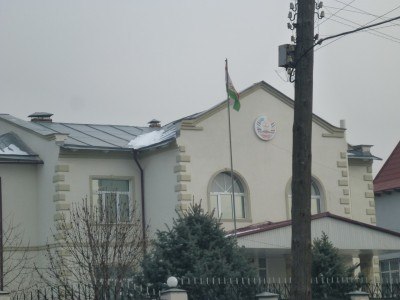 The Tajikistan Embassy in Bishkek, Kyrgyzstan 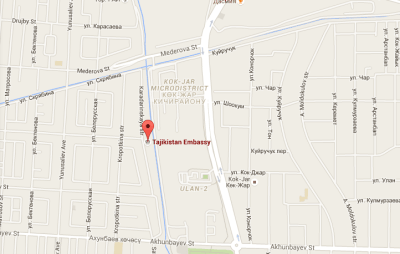 To get to the Tajikistan Embassy, I suggest walking it from the city centre, walk south straight down along Jukeev Pudovkin Street – it’s a half hour walk south from Victory Square or the Junction where Chui Avenue meets Jukeev Pudovkin Street. I was actually staying nearby at the Hotel Evropa at the time. You’ll see the Blonder Pub on your right just after the flyover for the train line. At the first petrol station (on your right at Kulatov Street), continue to head straight along Jukeev Podovkin until you come to a second petrol station on the left, on the corner of Jukeev Pudovkin and Gorky Street. 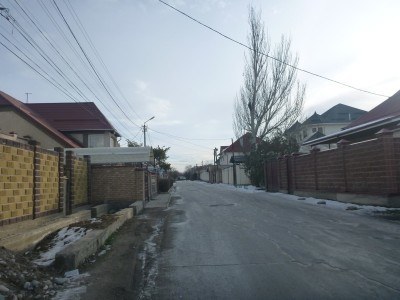 On the way to the Tajikistan Embassy – Zhugelevski Street 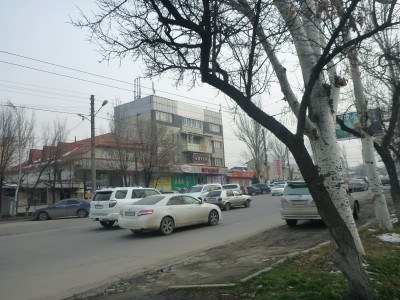 On the way to the Tajikistan Embassy on Karl Marx Street 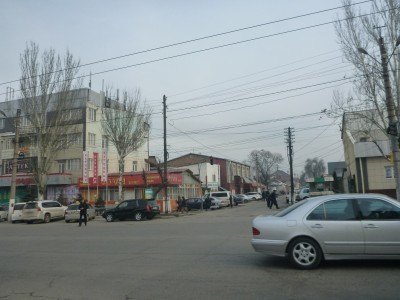 On the way to the Tajikistan Embassy – entrance to Zhugulevski Street 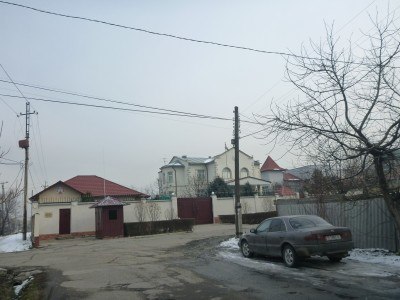 It’s quite a nice walk too – through some raw streets and an unusual part of Bishkek! Bishkek is an easy city to get your bearings, roads are typically in Soviet style square blocks. You can also get a taxi from the city centre (shouldn’t be much more than 100 Som), a Marshrutka number 132, 196 or 212 at least seemed to go nearby and they cost 10 Som. But just walk it. 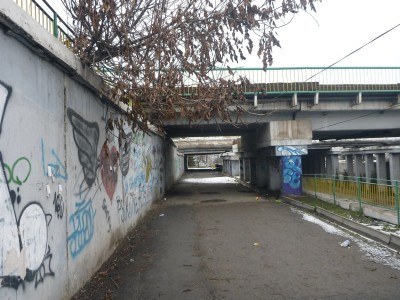 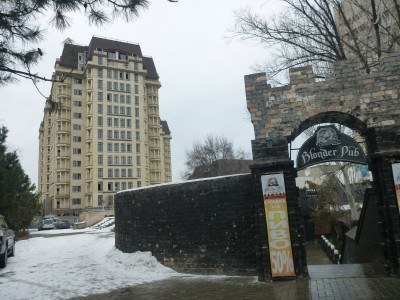 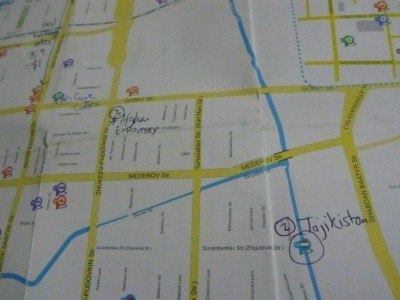 Opening Hours of the Tajikistan Embassy in Bishkek
As of January 2016 when I visited, the opening hours are Monday to Friday from 9 am to 17.00 pm. There is a 1 hour closure for lunch between 13 and 14 pm. However, the real opening times for tourist visas seem to be:
Visa applications and submissions are from 9am – 12 noon.
Visa collections are from 15 – 17 pm. 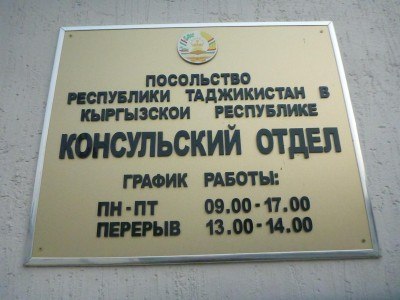 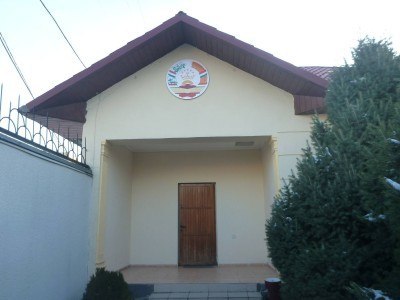 The Tajikistan Embassy in Bishkek

What do you need to get a Tajikistan Visa in Bishkek?
Things are always changing with visa applications, and they also vary from city to city. So as of January 2016 when I submitted my application in Bishkek, for the visa I needed: 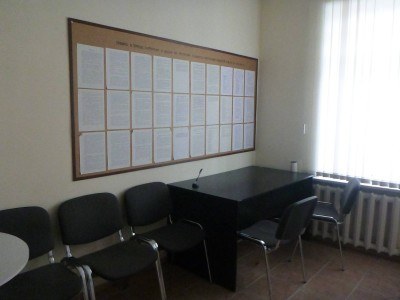 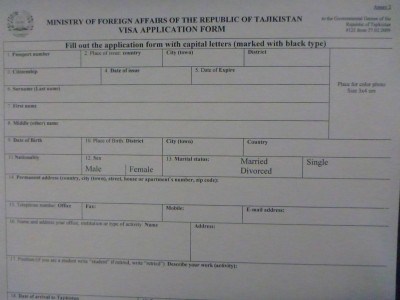 In the Hotel section, I put the name of a Hostel in Dushanbe, where I planned to stay. No booking is needed, it’s just for paperwork and reference purposes. You need to specify your date of entry and exit into the country. I put a 2 week stay at the start of February 2016. However, when you get the visa, all visas issued are for 30 days, single entry from tomorrow’s date. Unless you ask for otherwise. Unless the visa is later extended, you must enter the country and leave the country within this 30 day bracket. 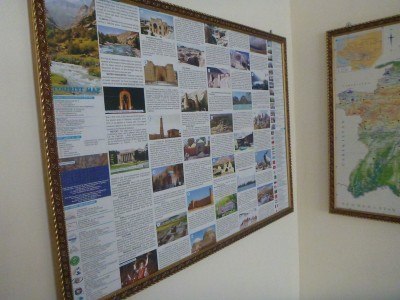 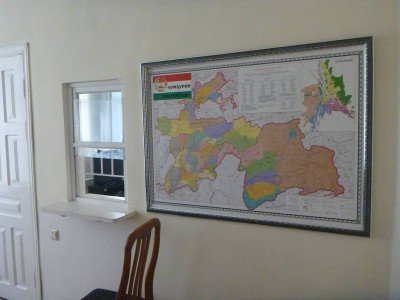 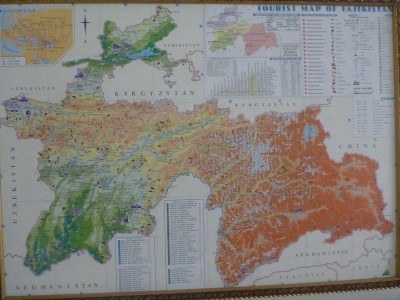 So once you’ve done all that, hand everything in and you will be given a receipt for your payment and told to come back later that day. You can collect the visa between 3 – 5pm normally. That’s exactly what I did. 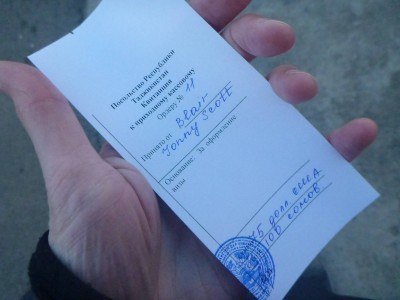 Receipt for the Tajikistan Visa application

Things to do in the Area
There isn’t too much in the way of sightseeing or backpacking top 8s in this area, so I would basically spend my time online in WiFi cafes while waiting on these visas. If you are looking for somewhere to eat and drink while you wait, there are loads of cool cheap restaurants and WiFi coffee shops nearby. Of those that have English names, Cave Coffee, Sierra Coffee and Cup and Cake were my favourites. All three of them are on Gorky Street. 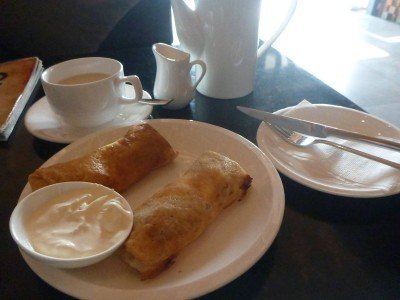 Tea and pancakes in Cave Coffee on Gorky Street 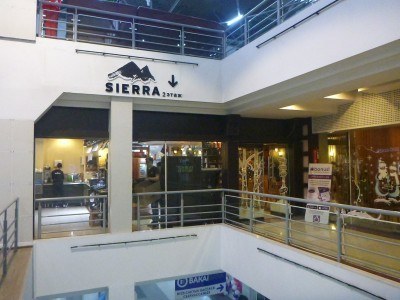 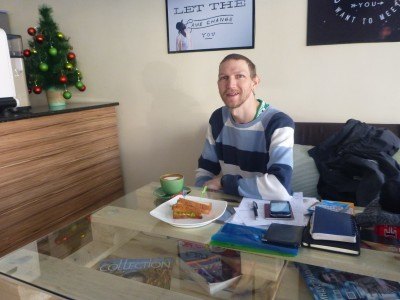 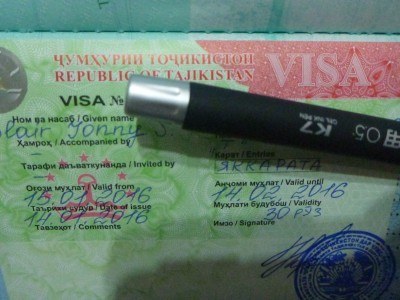 How Long Does the Tajikistan Visa Last?
The date on the visa will be for the day after you get it and it is valid for 30 days from that date. If you need the Gorno Badakhshan Visa as well, the procedure is done at the same time, and just requires an extra piece of paper and an extra page of your passport, read my extended article on getting a visa for Gorno Badakhshan. 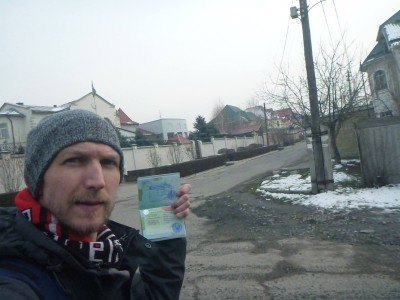 How to get a Tajikistan Visa in Bishkek, Kyrgyzstan

13 thoughts on “How to Get a Tajikistan Visa in Bishkek, Kyrgyzstan”