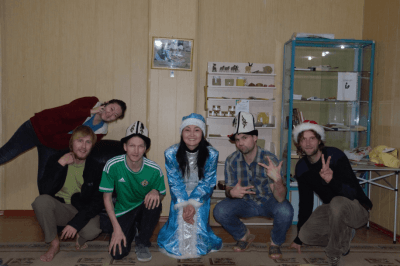 Why I’m Spending at Least a Month in Bishkek, Magnetic Kyrgyzstan

So a week ago yesterday I arrived in Bishkek, Kyrgyzstan having crossed overland from Kazakhstan. On arrival I received a 60 day entry visa stamp, so yes I can stay legally as a tourist here for a brace of months. At the beginning, against a smoggy sky and muddy boulevards, I was convinced I would only linger for a few days, try and sort out some visas and move on. But that’s not happening. I’m staying here. I like it here. 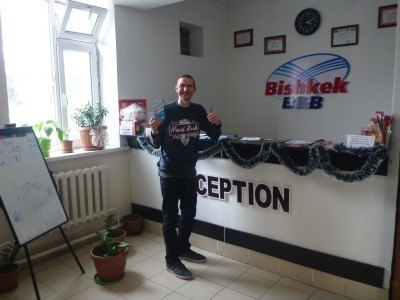 A new home in Bishkek, Kyrgyzstan

The city of Bishkek contains a smoky, misty magnetism. In my first week here, I got a lot of the touristic stuff “out of the way”, the way I normally do – backpack the sights, write about it, move on. Except there is no “moving on” this time. My hostel buddies from the excellent Apple Hostel Bishkek and I headed out to the lakeside village of Cholpon Ata and we toured the Petroglyphs and the under-rated Ruh Ordo Cultural centre. I also teamed up with local tour companies Silk Road Explore and Iron Horse Nomads to visit Burana Tower and I went on a mega cool adventure to the Ala Archa National Park. Aside from all this, I celebrated New Year in style in Ala-Too square with my hostel mates and also extensively backpacked the top sights of Bishkek. I feel like I know the city well after a week here. 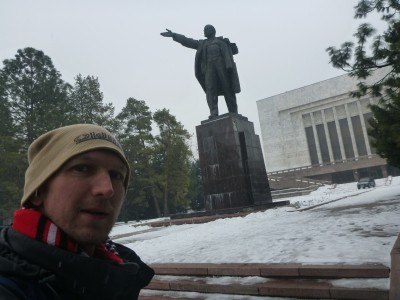 For the last few years, I’ve always said I needed a base for a while. And for long periods, Hong Kong was my base. I lived and breathed the city, working in bars, doing some glammed up PR and teaching English. Hong Kong was my “home” when I wasn’t travelling. I even tried to learn Cantonese and girlfriend Panny and I set up a website on backpacking in China, as part of my network of websites under the DSL platform. But most people know, I’ve been and seen Hong Kong. It became too easy to be based there. I can go back anytime and always feel at home. Life’s too short for that. I need to test the waters of former Soviet Union countries a bit more. Aside from Georgia, I had never spent longer than 3 weeks in ANY ex-USSR country. So now’s the time! 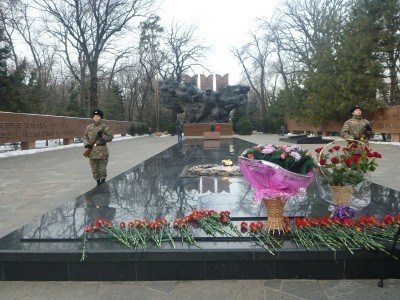 Back in the former USSR – this is Kazakhstan

Aside from the Kong, I spent about 5 months in Parramatta, Australia in 2011, a month in Uruguay in 2010, 2 months in Bournemouth, England in 2015 and in 2013 we stayed a month in Tbilisi, Georgia. Those were bases I used with method. Parramatta, I was working in PJs Irish Pub to earn money. Uruguay I lived with Perla in Montevideo and studied Spanish. Tbilisi was a good spot to be based when I was advancing as a full time professional travel blogger. I earned some good cash working from my laptop in Georgia. I toured the country too, but I never really wrote about it at the time. I was busy trying to earn cash!! 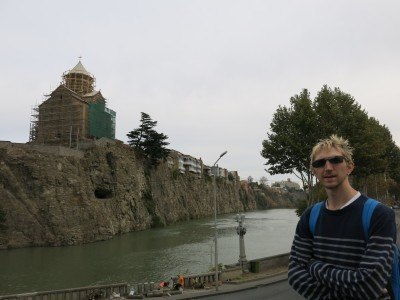 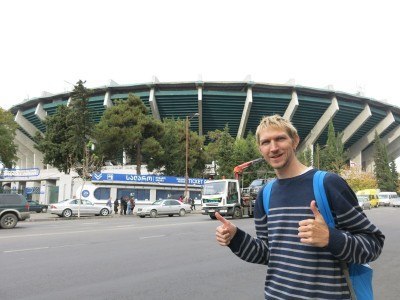 As for Bournemouth, my love affair with that town will never wade again. But it doesn’t feel like home any more. It feels like I can go there for a month, watch some football, see my best friends, eat too many burgers and pizzas, spend too much cash on booze and off I go again. I love Bournemouth, but despite what some people thought, I’m not ready to move back there again. Instead, the journey rolls on. But you know I’m always a Cherry. I’m an AFC Bournemouth fan. It’s tattooed on my left arm. I love that club. Boscombe, back of the net! 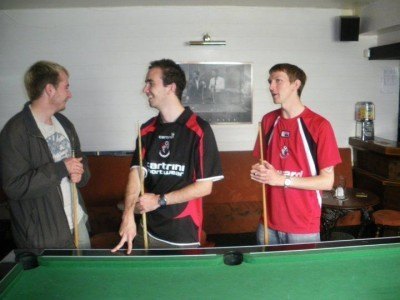 In truth, I don’t know why I ended up here in Bishkek, Kyrgyzstan. We never know. There was no reason or method behind it. It just happened. I had travelled through Poland and Ukraine in December 2015 and for a $100 US flight from Kiev to Almaty in Kazakhstan it left me so close to the Kyrgyzstan border that it just seemed right to come here. 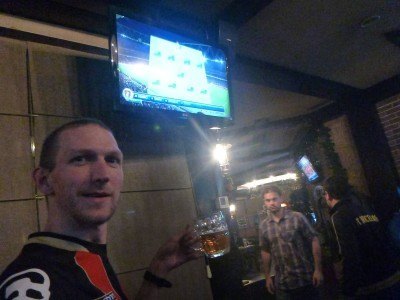 I’m staying in Bishkek, in a cool new hostel run by a local lady called Aigul. Aigul is the sort of person I class as a “top class girl”, she is friendly, fun, welcoming and permanently smiling. It’s hard to smile 24/7. Aigul is happy go lucky and this attitude rubs off on the staff at the hostel and my fellow backpackers. 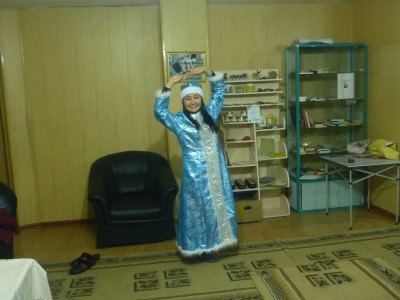 I’ve met some ice cool people in Apple Hostel – Nate from the USA was my travel buddy for a few days – we toured together, went out for food and drinks and chatted travel. He travelled to Abkhazia and Transnistria too. And he also went to North Korea and is on route to Afghanistan. He’s the type of traveller I like to meet. Check Nate’s blog! 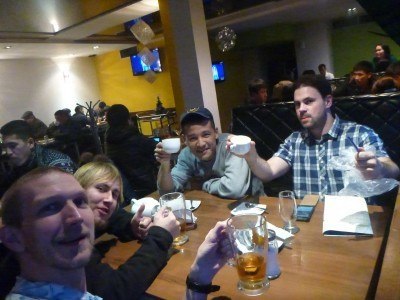 And also, the fact that I have 60 days visa free here makes it a perfect base for my current travels. I can see some of Kyrgyzstan, I can get lots of work done, lots of cool blogs on my site which you may have noticed recently, I can eat cheap food here, I have made new friends and I feel happy. 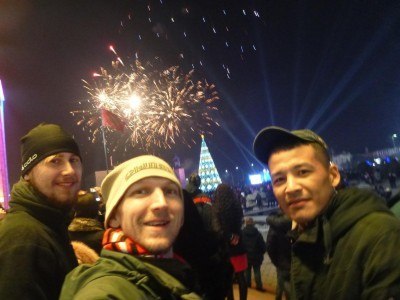 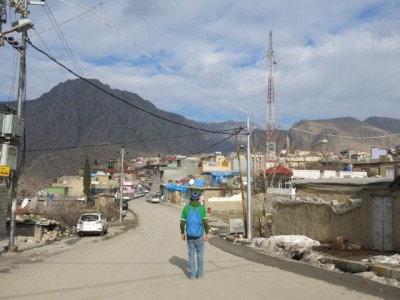 Backpacking in KurdiSTAN in 2014

And there are still these five to crack if I want to see them all:
5. Uzbekistan
6. Tajikistan
7. Afghanistan
8. Turkmenistan
9. Pakistan

So there is an option for me to work here for a month (from my laptop), chill out, get some visas sorted and begin my next adventure. I know I will be in Austria in late April with Lock in Lee Adams – we’re going backpacking in the town of Grodig, AUSTRIA. In June 2016, I will be overlanding into France to finally watch my country Northern Ireland at a major Championships. The journey through Turkey, Azerbaijan, Faroe Islands and Poland has been a long one. You know what though, after July 2016, it’s time to rethink things again. My lifestyle will change once the Euros are out of the way, so it’s 6 months longer for me in this backpacking mode for now. 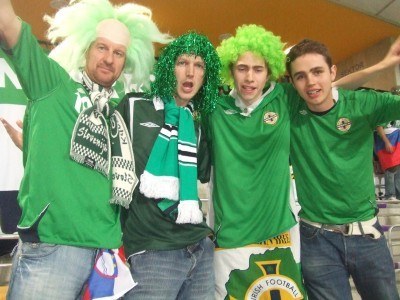 Plus, you may remember I lost a huge chunk of my book in January 2015, well this year it’s time to put that right – I’ll be re-writing the book this month in Bishkek. In fact, visas, friends and cheap food aside, you could argue, I’m here in Bishkek to finish my book. But visas too. After the horrendous struggles getting visas for Suriname (Third time lucky), Algeria (£1,500 for 17 hours in Algiers, won’t be writing about it or giving them publicity) and Iran (took a while but worth it), the next few applications will be tricky. 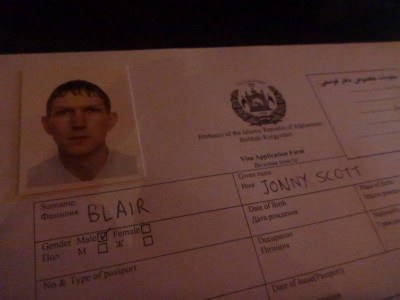 Another month of visa applications. Wish me luck!

Incidentally, the latest chapters of my book are heavily influenced by the Soviet Union and the communist era in these countries. I’m a backpacking Northern Irish Nationalist at heart. I love Northern Ireland my country, I’m a separatist but I want unity in the six counties and I’ve always been fascinated by communism, war and the gory sh*t. It comes from the days of bombscares in grey Belfast in the 1980s. Then, I recently toured Chernobyl and Auschwitz. Horrific places that opened my mind again, and I won’t forget the time I was the first backpacking tourist to write an extensive report on Saddam Hussein’s House of Horrors in Iraq. All this crazy sh*t gives my life some energy and substance to move on. Communism, Loyalism, Unionism, Nationalism, Fascism. With all these words in mind, I learn more and more each day. Bishkek in Kyrgyzstan remains a quirky throwback to the USSR times. It’s an education. I keep remembering how cool it was to get a guided tour of Tiraspol in Transnistria. I keep reading about the history of the Soviet Union. 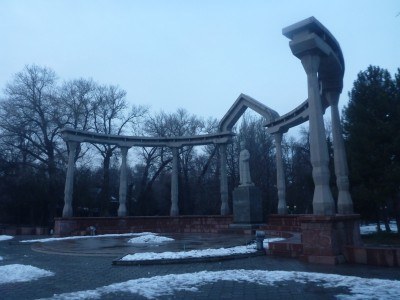 A Soviet influenced park in Bishkek

For a middle class Bangor boy it was always the dream to be a well educated traveller. I’m not preaching anything here, just telling my life as it is and hoping you might read it and enjoy my stories. One more step along the world I go. Starting here in Bishkek, Kyrgyzstan. 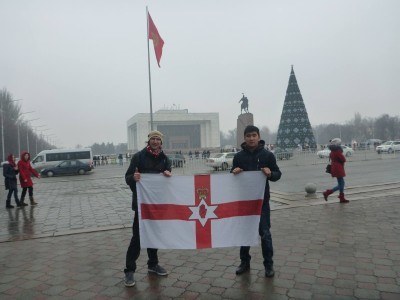 An Ulsterman in Kyrgyzstan

All I really want to do is to be 10 years old again and go down Linear Park in Bangor and play football. That dream remains. For now, I’m loving my new lease of life in Bishkek!

Stay in touch everyone and have a great start to 2016.

Cherries fans – I’ll be back at Dean Court sometime soon.
Ulster GAWA – I’ll see you in France for Euro 2016.
Mon the wee Glens!

The journey rolls on! 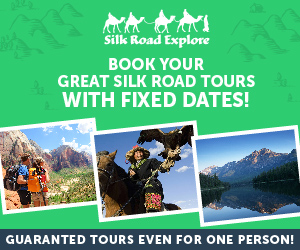 22 thoughts on “Why I’m Spending at Least a Month in Bishkek, Magnetic Kyrgyzstan”