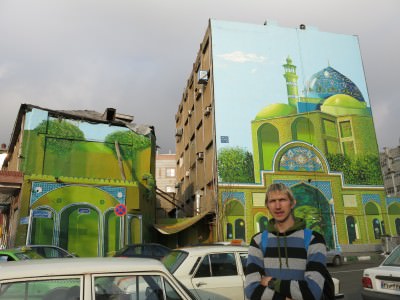 Tehran, the capital city of Iran is manic and tamely daunting, yet in many ways it was the least favourite of all the Iranian cities or towns we visited. Capital cities are often like this on your travels and it’s elsewhere in the country that you find the real charm. In Iran, we loved Mashhad, Shahr-e Kord, Tabriz, Kerman and Yazd more than we’d owe to Tehran. But still, needs must and when backpacking in Iran it would seem rather ludicrous to miss it out, especially since we had to pass through it anyway on route from Qazvin to Mashhad. So here’s my personal quick fire top 5 from Tehran. 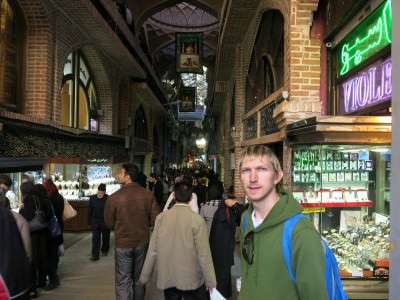 Backpacking in Iran: The Bazaar in Tehran.

1. Golestan Palace
Yes this is the one you’ve heard about. It’s the main attraction when touring Tehran. It’s an immaculate palace. The cool thing for us was that it was easily within walking distance of our hotel, the Firouzeh Hotel. I think it was about 20 minute walk at most! 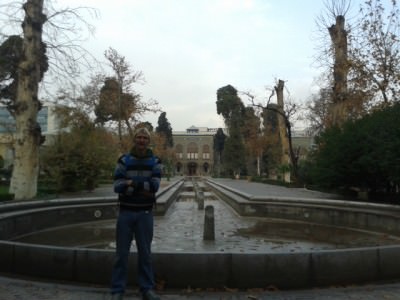 Inside the grounds of Golestan Palace, Tehran, Iran

There’s an entry fee of 100,000 Rials (Just over $3 US) for foreigners so it’s not cheap and that entry only permits you into the grounds and inside three of the buildings. You pay slightly more to visit all the buildings. 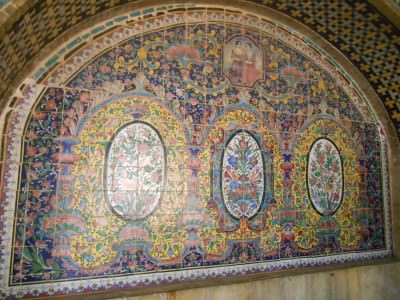 A mosaic wall inside Golestan Palace.

We just didn’t want to pay the extra yet we managed to sneak into two of the other parts without tickets anyway. 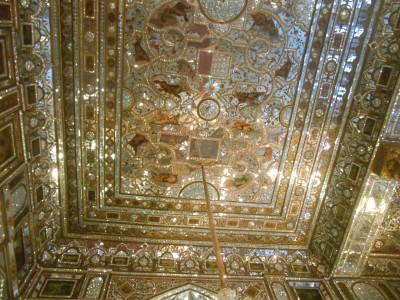 One of the parts in Golestan Palace forbids the taking of photos. The entire experience will provide you with artistic memories, photos of immaculate designs and leafy gardens to stroll around in. The whole does feel a bit odd though and I couldn’t put my finger on it. In short, I went because it’s the most recommended touristy thing to do in Tehran, and for that reason you should probably at least give it a visit. 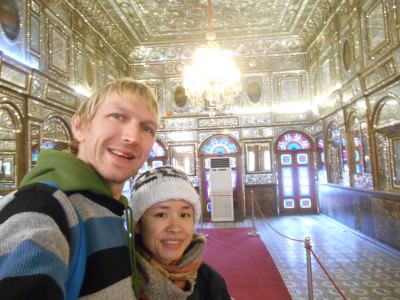 Inside one of many rooms in Golestan Palace, backpacking in Tehran.

2. Tehran Bazaar
Tehran’s Bazaar was the biggest we encountered in all of Iran, no surprises there! The amount of carpets for sale is mind blowing. It’s just a massive market seeling everything you can think of (alcohol and pork, likely excluded) 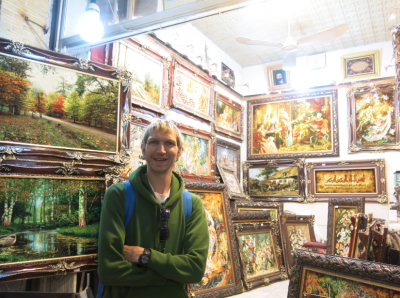 Lots of carpet pictures in Tehran Bazaar. Carpets are everywhere.

The amount of people around is crazy too and you’ll rarely see another foreigner. While Iran is safe enough, be aware that people will follow you to be your friend hoping you buy something. Just brush them off and don’t buy anything. 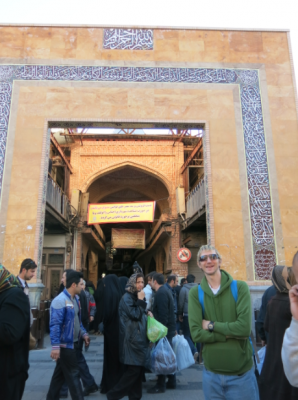 Backpacking in Tehran – At the front entrance to Tehran Bazaar Iran

You can literally wander around for hours and hours. Getting lost is also a high possibility, but there’ll be no shortage of Iranians willing to help you out of this maze! 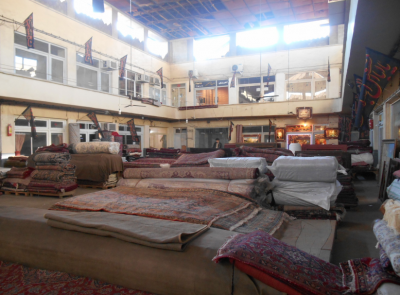 One of hundreds of carpets shops and warehouses in Tehran Bazaar, Iran.

(DELETED – 3. Carpet Museum – DO NOT VISIT)
(This is the first ever time I include a deleted entry in my post on top sights in Tehran and I really didn’t want to, but there is a reason behind me including it here – I DON’T want other travellers to make the mistake of going here thinking it’s a “must visit”, the Carpet Museum was a rip off and a pointless waste of time – it was one small room of a few dozen carpets and involved buses and metros to get out to. Plus an entry fee of 150,000 Rials ($6 US). When for free you can see better carpets in the Tehran Bazaar. 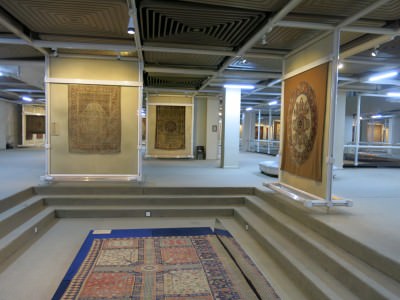 The Carpet Museum in Tehran – this is it. You can see better carpets for free in the Bazaar.

3. Imam Khomeini Mosque
This cool Mosque is really close to the Bazaar and Golestan Palace so you can get to visit them all on the same day or even morning without issues. Believe me when I tell you, you will visit too many Mosques while travelling in Iran. Having spent a month there, this one in Tehran was one of the least memorable Mosques, but if you only have time to see the capital, then I’d say it merits a visit. 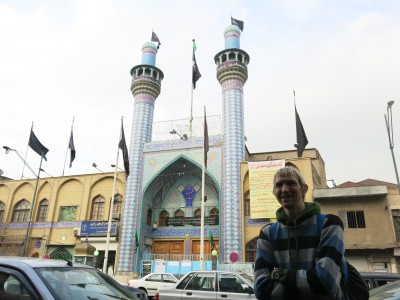 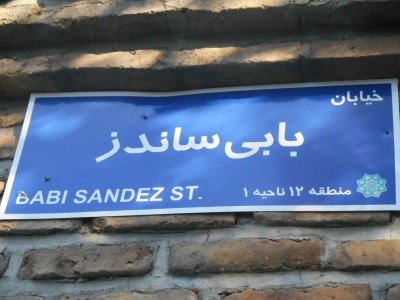 While politics hasn’t been my thing for years, I did take my Northern Ireland flag with me to pose by the street sign for Babi Sandez Street (Bobby Sands Street). There is also rumoured to be a Bobby Sands Restaurant somewhere though I’ve yet to hear a story from it or a person who has been. Plus how ironic that he has a restaurant named after him.

5. Wall Murals and Tributes
Can you believe that in a city as massive as Tehran and in a country as big as Iran, I struggled to make this a top 5 and almost resigned it to a 4?! I couldn’t believe it either, as I squeezed 11 top sights out of Yazd and easily 10 from Kerman plus when backpacking in Nagorno Karabakh I mustered a top 13 from little known Stepanakert! However Tehran didn’t do it for me. We passed through Azadi Square, didn’t bother with the Art Museum (it’s beside the Carpet Museum) and also gave a by ball to the National Museum of Iran and the US Den of Espionage. But in at number 5 is the artistic and commemorative wall murals that are all over the city! 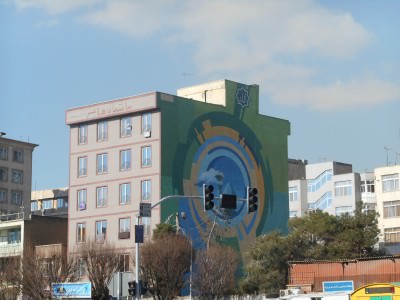 I liked them – Iran are proud of their history and nation and these murals remember those who fought and died in wars. Coming from Northern Ireland, I am familiar with this concept and personally think it’s more artistic and about pride than it is evil. Pray these murals stand the test of time, but that no more wars occur. That’s the way I look at it. 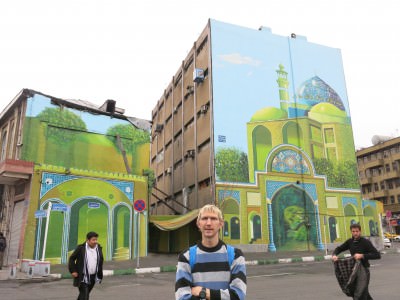 Checking out Tehran’s many wall murals.

The weird things is we loved Iran, the whole country and its people were just an inspiring experience, yet we didn’t warm to the nation’s proud capital that much. 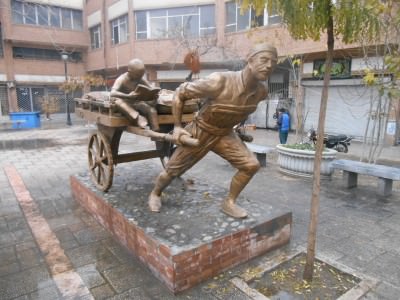 Anyway, check those 5 out if you go backpacking in Iran ‘s capital, Tehran and here are some of my videos from Tehran:

11 thoughts on “Backpacking in Iran: Top 5 Sights in Tehran”