I was recently backpacking in Rwanda. We ended up in the country weirdly four times on the same trip. First we arrived by flight from Brussels, Belgium into Kigali Airport. Secondly we arrived overland after a bus from Kampala in Uganda. Then we again arrived overland after walking across the bridge from the Democratic Republic of Congo. Finally we had yet another flight connection i n Kigali, from Bujumbura to Nairobi! It meant we got to see different parts of the country, but not quite enough time for all 20 on this list, anyway here are the top 20 things to do and see in Rwanda. 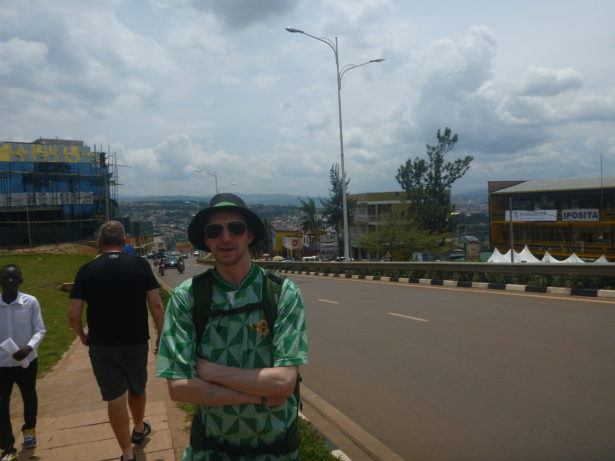 1.Explore Downtown Kigali
KIgali is a fantastic city, and we tried our best to explore the capital. It’s lofty, located on a hill and with a very modern CBD. It’s a great place to start off and get your bearings.

Rwanda has an abundance of wild animals and plenty of great Rwanda safaris are available. Probably the most stereotypical and special one is the gorilla trekking. You can organise this and spend a few nights in the jungle! 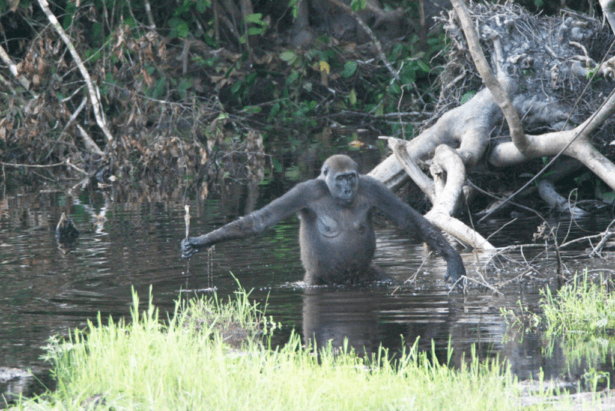 3.Sunrise at the Volcanoes
For a stunning and unforgettable sunrise experience, visit the Volcanoes National Park in the north west od Rwanda. It will be an early hike to make it for that epic sunrise view of volcanoes.

4.Take a Road Trip Through the Countryside
Rwanda has beautiful countryside and we loved the bus trips up and down the hills. The scenery is stunning and great for photographers who can snap the countryside as you travel, or at each stop. 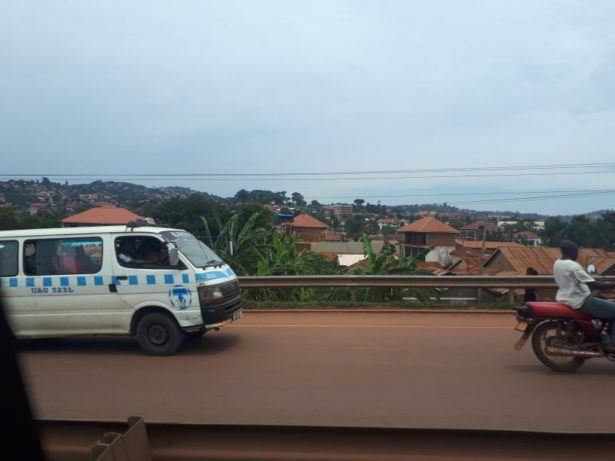 On the east side of the country, near the Tanzania border you can tour Akagera National Park, which is one of the lesser visited parks. Here you can see antelopes, giraffes, baboons, water bucks and zebras.

6.Eat Chicken on a Stick in Gitarama
You have to try Rwnadese food here and some of the snacks are delicious, like the chicken (or beef) on a bamboo shoot. We had these in Gitarama and at some other stops on our way. 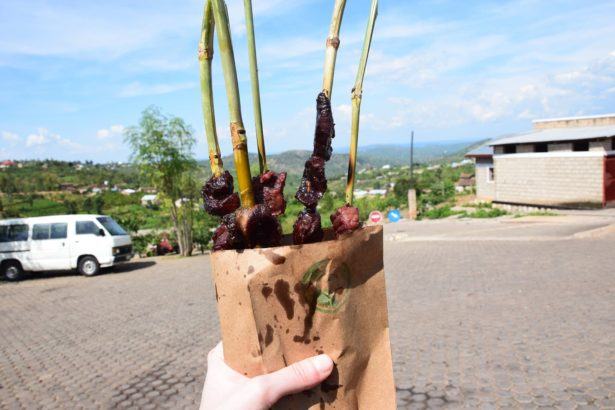 Chicken on a stick

7.Visit the Kigali Genocide Memorial Centre
It is esential to visit at least one museum, genocide centre or a genocide memorial. The most visited of these is in Kigali, the capital. It is a sad yet moving museum here with a full explanation of the murders during the genocide and many memorial rooms and monuments to those who perished. 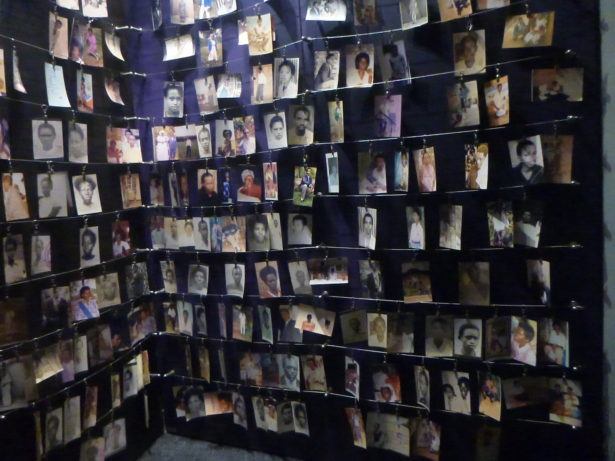 8.Eat Ugali
Ugali (or bugali) is the national dish of Rwanda. It is a paste made from maize and water, to form a porridge-like consistency that is eaten throughout East Africa. Isombe is made from mashedcassava leaves and served with dried fish. Matoke is a dish made from baked or steamed plantains. 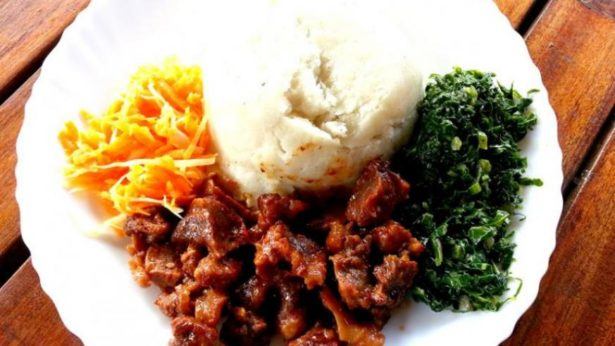 9.Spend a Night By Lake Kiva
The beautiful Lake Kiva is worth checking out. This magnificent large lake straddles the border between Rwanda and the DR Congo. 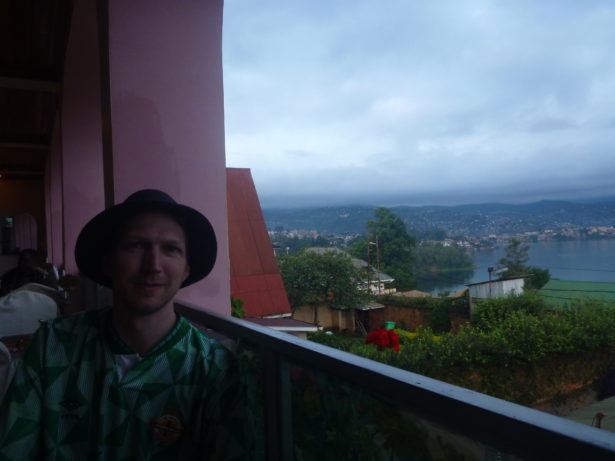 10.Understand the Culture Difference Between Cyangugu and Bukavu
If you visit the city of Cyangugu you will be right on the border with the Democratic Republic of Congo. The contrast between the two countries is staggering, so get a visa for the DR Congo and head across to Bukavu (it’s literally 50 metres from Cyangugu and contrast the countries. Rwanda has better roads and organisation, well that was the opinion that we got. 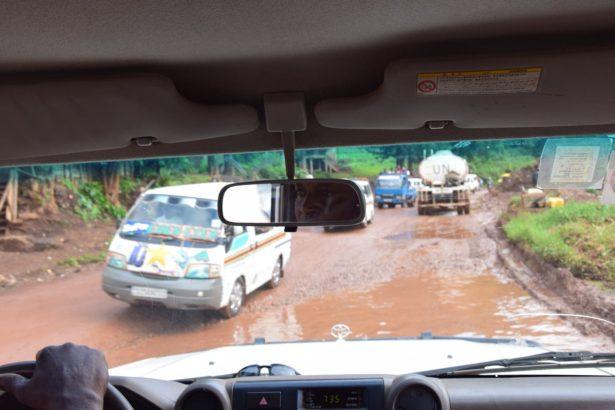 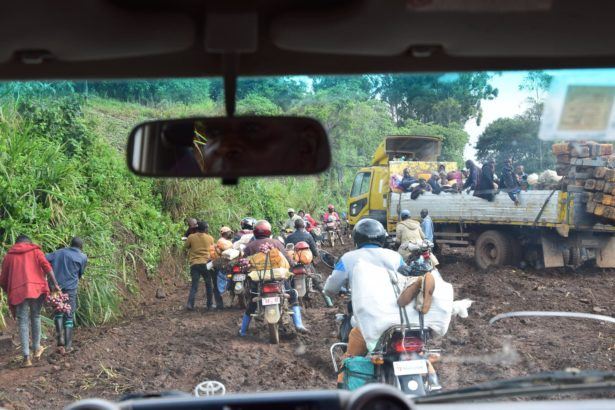 11.Spent a Night in Kibuye
For great beaches and a relaxing atmosphere, head to the city of Kibuye for a night or two. It’s also right on Lake Kivu and provides a central location on the lake, as opposed to northern Gisenyi or Cyangugu.

12.Visit Nyamata Church
Nyamata church is about 30 kilometres south of the capital Kigali and is a sad and poignant tribute to the victims of mass genocide. An estimate 50,000 people died here and there are skulls and bones on display. 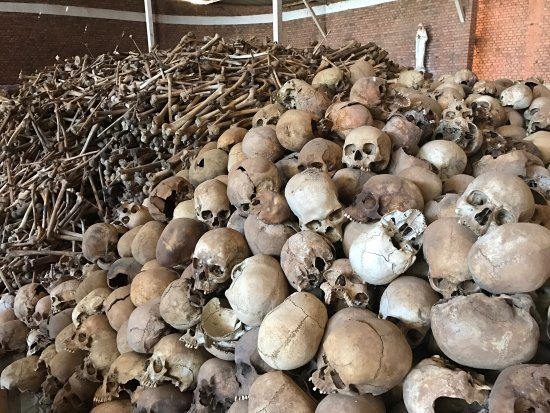 13.Visit Ntarama Church
A second church which is a constant memorial and reminder to the genocide is Ntarama Church. This church is also located close to Kigali, about 25 kilometres south. There are blood stained clothes of the victims still on the floor.

14.National Museum of Rwanda
Rwanda’s National Museum is actually located in the city of Huye (also known as Butare). It’s the best museum in the country and contains a lot of information on the country’s history both pre, during and post genocide. You can also watch a dance performance here. 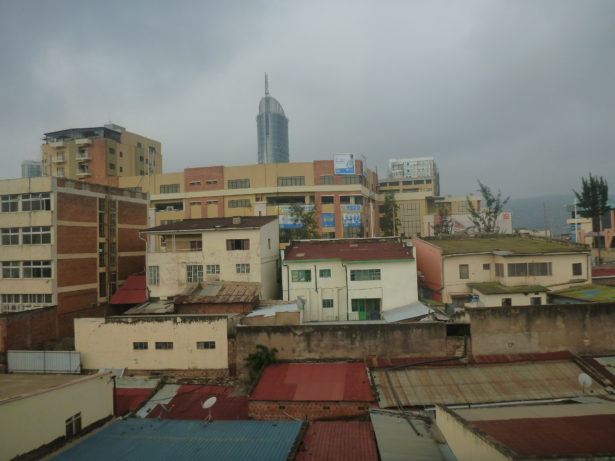 15.Tour Nyungwe National Park
Rwanda has many national parks to choose from and another interesting one is Nyungwe National park in the south west. The focus here is on chimpanzees and monkeys and the park is manned by many soldiers to keep it well protected.

16.Try Rwandan Beer
I’m a beer geek and I love to try a new beer in every country. I tried a few in Rwanda but found the Virunga to be my favourite. We drank it in a bar in Kigali called Dolce. There were two types to try – Gold and Black. We also tried Mutzig. 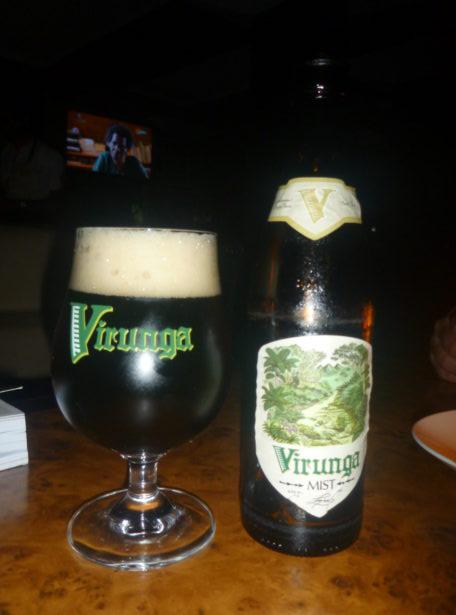 17.Eat Agatogo Chicken
My travel buddy Russell ordered me up a tasty Agatogo Chicken. It took over an hour to arrive and wasn’t the tastiest chicken ever but for sure a hearty dish brimmed with vegetables. Worth trying, we had it in Hotel Okapi. 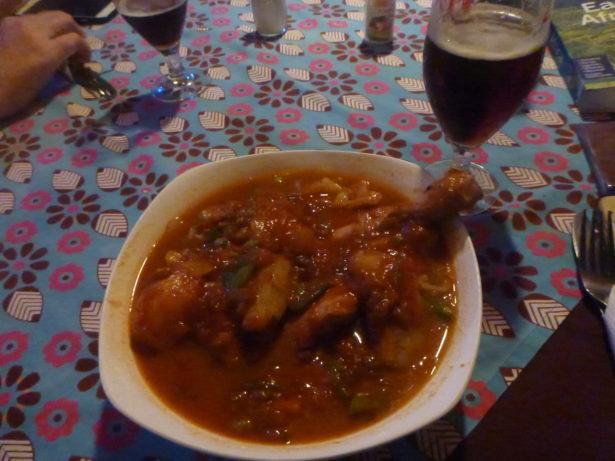 18.Tour Kibungo
Get off the wall, or “off the wheaten craic” as I like to say, by touring Kibungo. This odd place is in the bottom south east corner and is not often visited by tourists. 46,000 people live here though and there’s some good sights to check out in one os the least touristic cities in the country.

19.Attend Kwita Izina: The Gorilla Naming Ceremony
You can go one step further than just seeing gorillas and hiking to them – you can actually go to a naming ceremony! The birth of new gorillas are open to the general public and a festival occurs in June – July time to celebrate the new borns. The ceremonies are held all over the country.

20.Stay With Local Tribes
City life and jungle life can get too touristic and obvious, so why not meet the locals in the wild? You can spend a night and day in a traditional local village with a local tribe. Here you can try thei food and see dancing, as well as the firing of bows and arrows.

All in all this top 20 should keep you occupied in what is a wonderful country to tour.