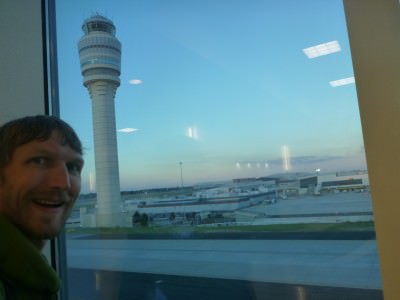 Oh, United States. I’m so sorry – it’s been a while! But I had fond memories reeling back this week. Let me tell you – life was sweet when I backpacked through New York and Los Angeles back in 2007. At the time I had just quit my high flying PR job in London with Bite as backpacking just seemed more cool. And that was July 2007. I hadn’t made it back to the USA since (and still haven’t been back to Canada). Backpacking the other continents kind of got in the way. But yes, I have fond memories and look back on those early blog posts from Staten Island, NYC and Los Angeles as my early work that developed Don’t Stop Living into the travel lifestyle it now provides me with. 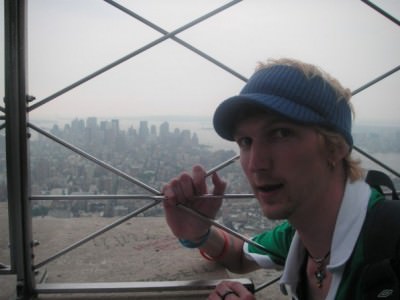 Backpacking the Empire State in 2007 – time flies my friends…

Those blog articles may have been written 7 years ago but they started something bigger than I could have imagined. 1,700 travel articles down the line and I’m back in the USA this week!! After a crazy time in South and Central America, I boarded my first flight in 3 months, heading from the Costa Rican capital of San Jose on a direct flight to Atlanta, Georgia. Sentiment aside, I was backpacking in the states again, albeit just for a couple of days… 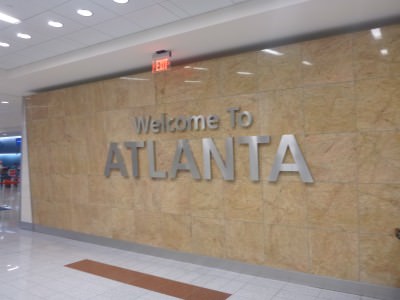 Me being the last minute planner that I am, I contacted fellow Northern Ireland fan Redneck Rich, who is based in Atlanta. I’d hoped to meet him for a beer and some food on what was a quick 12 hours stop over in Atlanta, Georgia. With Rich being out of town on the day I was coming, instead he recommended the “Little Five Points” bar area and I honed in on a few of the bars there. The Porter Beer Bar took my fancy – They have hundreds of types of beer, dozens of them on tap. So I was sorted. Quick jot down of the address and rough idea where to find it on a map. 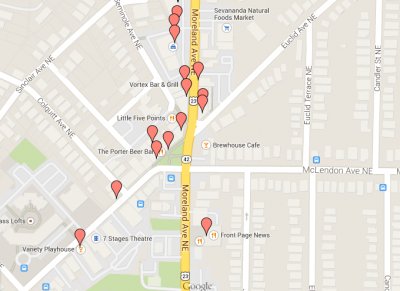 Arrival in the United States, off my flight, got my visa and through customs and then hopped on the train to Inman Park – Reynoldstown Station ($2.50 US on the MARTA). 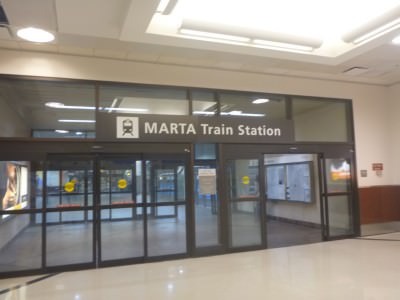 Getting the MARTA train in Atlanta, Georgia

Actually getting the train ticket proved a lot harder than I could have imagined. After weeks of just hopping on chicken buses and paying the driver in cash, here I was in the “western world” unable to get a train ticket. I find this happens a lot. Almost as if capitalism wasn’t meant to happen. After trying my dollar bills (not accepted due to their condition) and both my credit cards (not accepted as they asked for PIN and I use signature and also because I don’t have a USA zip code – I don’t live here!). But help was at hand. 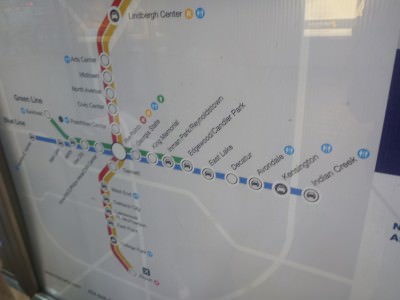 The nice girl at the booth served me my ticket and even told me the right route – thanks. Just goes to prove something – humans are ace, machines suck ass. I’ll take my corner shop over your brand name supermarket with robots please… 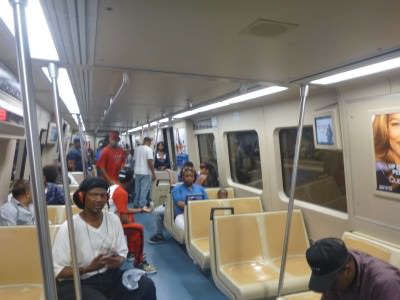 So I’m on the train and I change at Five Points to head east. Darkness had fallen and having backpacked through some dodgy countries on my travels, it seemed a bit oddly eerie and daunting at first walking through the streets of this part of Atlanta. But I knew the way and just kept going. 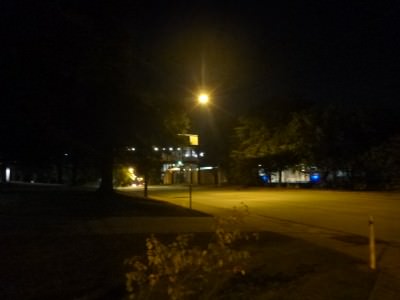 I was a bit upset with Delta Airlines actually as they forced me to collect my luggage and take it with me, even though I had a connecting flight from the same airport the next morning, with the same airline, on the same ticket. I had thought I could leave my main backpack with them and then just my hand luggage to the bar. But no – here I was literally backpacking through the dark streets of Atlanta. Then something very odd happened. I saw another guy walking in front of me, so I thought I’d chat to him out of curiosity but also mainly to check I was heading the right way to Little Five Points (I was). 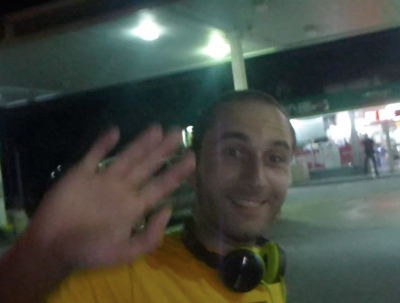 Dmitri – the cool guy I met from GEORGIA. The country. Not the State. 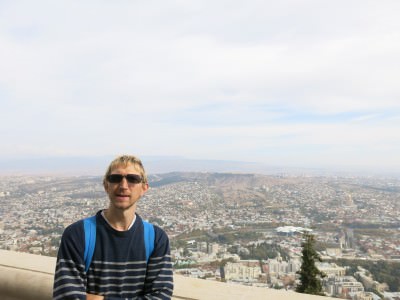 This is me backpacking in Tbilisi, GEORGIA. The country.

Life had gone full circle yet again on me and then it even had a cherry on top. I remembered that Dmitri was also the name of the Belarussian guy I met back in 2007 on my first ever trip to Russia/Belarus (or any ex-USSR) states. That day Dmitri helped me find where I wanted to go (a train from Minsk to Bobruisk in Belarus). 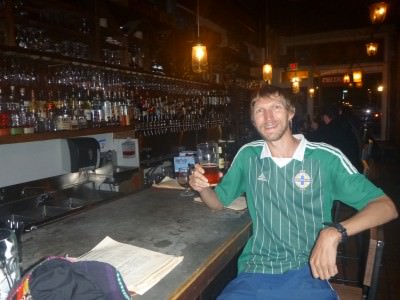 Feeling great in the Porter Bar in Atlanta, Georgia, USA.

Within minutes of meeting Dmitri he showed me exactly where the Porter Beer Bar was and I was happy safe, hungry and thirsty! Thanks Dmitri! I’ll cover the Porter Beer Bar experience on a Thirsty Thursdays soon I promise. In the meantime, I’m posting this live in between flights in the good old USA. Next stop – yes life will go full circle for me as I hit New York City. “Cut down, shut down, anyway to please, don’t get nothing for free.”

4 thoughts on “Backpacking in the States: Arrival in Atlanta, Georgia, USA”