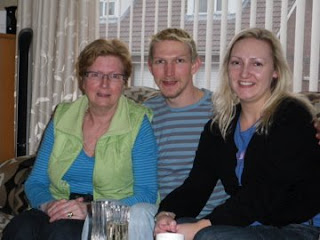 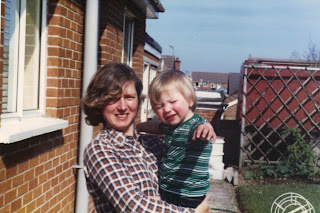 Guess what, I turned 29 today. That is me getting old I will tell you. And for the first time in 13 years (1996) I am not drinking any alcohol to “celebrate”. It is a refreshing and needed change. I watched Peter Pan pantomime at the very start of the year, and he is the boy who wouldn’t grow up, its quite fitting that I look young and want to stay young, though I will try and act mature and sensible. Today I have been in Northern Ireland on my birthday for the first time in 6 years (2003) and spent time with family. Tonight I will sit in alone with a cup of tea. At the end of the day that is what life is all about sometimes. I don’t want to get old, yet I’ll be 30 next year. Let’s see what being 29 brings me…Happy Birthday to everyone who shares this day with me.

The two photos of me there, with Mum when I was 2 and this week with Mum and cousin Alison on the last day i was 28. 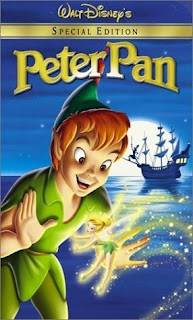 “Age will not wither her, nor custom stale her infinite variety” [Cleopatra] – William Shakespeare
“I’m not cracking up, I’m just getting older” – Noel Gallagher
“Stay young and invincible cos we know just what we are” – Noel Gallagher
“Tonight I’m gonna live for today so come along for the ride” – Robbie Williams
“Help the aged cos one day you’ll be older too” – Jarvis Cocker
“And in the end, it’s not the years in your life that count. It’s the life in your years” – Abraham Lincoln
“Age does not protect you from love, but love to some extent protects you from age” – Jeanne Moreau
“Live your life and forget your age” – Norman Vincent Peale
“Experience is simply the name we give our mistakes” – Oscar Wilde
“A diplomat is a man who always remembers a woman’s birthday but never remembers her age” – Robert Frost
“Age is just a number” – Lexi Starling
(THERE ARE LOTS MORE…LOOK THEM UP)

Songs About Getting Old:

What Happenned The Day I Was Born?:

What Happenned On This Day? 30TH MARCH: 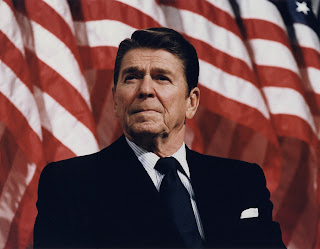 240 BC – 1st recorded perihelion passage of Halley’s Comet.
1282 – The people of Sicily rebel against the Angevin king Charles I, in what becomes known as the Sicilian Vespers.
1296 – Edward I sacks Berwick-upon-Tweed, during armed conflict between Scotland and England.
1814 – Napoleonic Wars: Sixth Coalition forces march into Paris.
1814 – Murat issues the Rimini Declaration which would later inspire Italian Unification.
1822 – Florida Territory created in the United States.
1842 – Anesthesia is used for the first time in an operation by Dr. Crawford Long.
1844 – One of the most important battles of the Dominican War of Independence from Haiti takes place near the city of Santiago de los Caballeros.
1855 – Origins of the American Civil War: Bleeding Kansas – “Border Ruffians” from Missouri invade Kansas and force election of a pro-slavery legislature.
1856 – The Treaty of Paris is signed, ending the Crimean War.
1858 – Hymen Lipman patents a pencil with an attached eraser.
1863 – Danish prince Wilhelm Georg is chosen as King George of Greece.
1867 – Alaska is purchased for $7.2 million, about 2 cent/acre ($4.19/km²), by United States Secretary of State William H. Seward. The media call this Seward’s Folly.
1870 – Texas is readmitted to the Union following Reconstruction.
1870 – Florida territorial government is established.
1885 – The Battle for Kushka triggers the Pandjeh Incident which nearly gives rise to war between the British Empire and Russian Empire.
1909 – The Queensboro Bridge opens, linking Manhattan and Queens.
1910 – The Mississippi Legislature founds The University of Southern Mississippi.
1912 – Sultan Abdelhafid signs the Treaty of Fez, making Morocco a French protectorate.
1939 – The Heinkel He 100 fighter sets a world airspeed record of 463 mph.
1939 – First flight of the Australian C.A.C. CA-16 Wirraway.
1940 – Sino-Japanese War: Japan declares Nanking to be the capital of a new Chinese puppet government, nominally controlled by Wang Ching-wei.
1945 – World War II: Soviet Union forces invade Austria and take Vienna; Polish and Soviet forces liberate Gdańsk.
1945 – World War II: a defecting German pilot delivers a Messerschmitt Me 262A-1 to the Americans.
1949 – A riot breaks out in Austurvöllur square in Reykjavík, when Iceland joins NATO.
1951 – Remington Rand delivers the first UNIVAC I computer to the United States Census Bureau.
1954 – Yonge Street subway line opens in Toronto. It is the first subway in Canada.
1961 – The Single Convention on Narcotic Drugs is signed at New York.
1965 – Vietnam War: A car bomb explodes in front of the U.S. Embassy in Saigon, killing 22 and wounding 183 others.
1972 – Vietnam War: The Easter Offensive begins after North Vietnamese forces cross into the Demilitarized Zone (DMZ) of South Vietnam.
1979 – Airey Neave, a British politician, is killed by a car bomb as he exits the Palace of Westminster. The Irish National Liberation Army claims responsibility.
1981 – President Ronald Reagan is shot in the chest outside a Washington, D.C., hotel by John Hinckley, Jr.
1982 – Space Shuttle program: STS-3 Mission is completed with the landing of Columbia at White Sands Missile Range, New Mexico.
2006 – The United Kingdom Terrorism Act 2006 becomes law.

Famous (ish) people born on the same day as me: