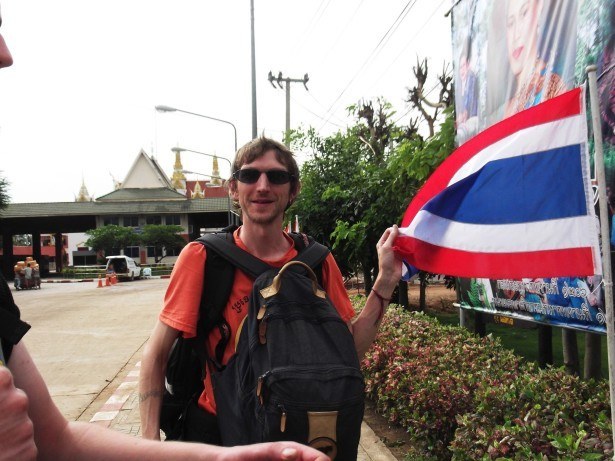 Travel is a journey that takes us to many different places around the world. Not all of them are inspiring, some of them are painful memories, some are bad timing, some bad luck, some bad judgement. Many of them are surprising places that you didn’t even mean to go to, but ended up in. Some are over-hyped and when you get there you realise they are disgusting places full of over marketing and buck eejit opinionated disease spreading. In other words one person says “it’s amazing” and others copy their opinion cos they think it’s cool. It’s not. It’s cool to go there for yourself and not judge by others opinions. I visited these places and formed my own opinion on them. We all have our own reasons and opinions on places we visit. There are of course reasons why these are my least loved places and why other tourists might actually like these places.

Places not to visit

I previously wrote about my favourite 11 countries from my wacaday journey but a few people also asked me about the places I didn’t like so finally I’ll compile it. But I couldn’t do a bottom 11 as I really didn’t hate places that much. Even a bottom 7 was stretching it a bit as I know I visited far more nice places than bad ones. From my 165 country (920+ city) journey, these are the worst places I backpacked in, ones to avoid, although through connections and borders etc. I could easily end up back in any of these places…

Without a doubt, Thailand will always be in my list of least favourite countries. There is just something about it that puts me off. I deliberately avoided it until I was aged 32 mostly because I was fed up with other people hyping it that I was convinced it wouldn’t be worth the hype. In the end, I finally gave in and visited it. Thailand was the 68th country on my journey and after my visit, I ranked it second bottom, with only Venezuela faring lower. 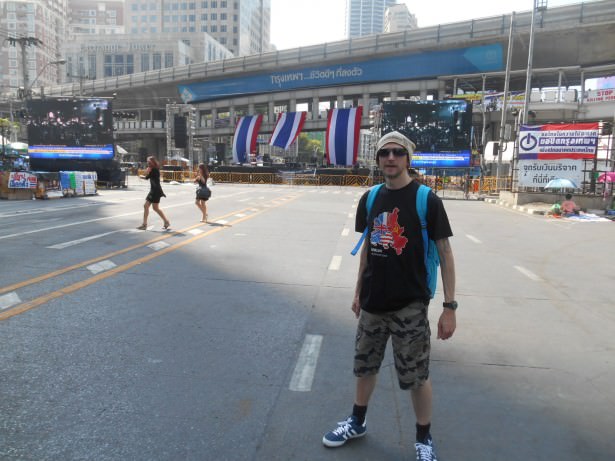 Bangkok is chaotic, dirty and smelly. Plus, the food is terrible, Thai is probably the worst cuisine I’ve tried on my journey. People actually bundled past me on the Laos border in order to purchase a packet of dried dead insects and rats. I’ve tried a lot of food on my travels, including dog, crocodile and grasshopper but never have I had a decent Thai meal, ever. Plus the fake Ex-Patriot community and the whole sex scene really irritates me, especially in the Kok, Chiang Mai and Chiang Rai. It’s like some kind of fake paradise from those people who were rejected by their own communities, so they moved to Thailand to find a Thai wife or husband and pretend to me more cool than their siblings. Then when I remind people how ugly Bangkok is, people use the excuse that “but they have nice temples” and “the beaches are nice”. I grew up by a beach and a much nicer one than Thailand will ever have. 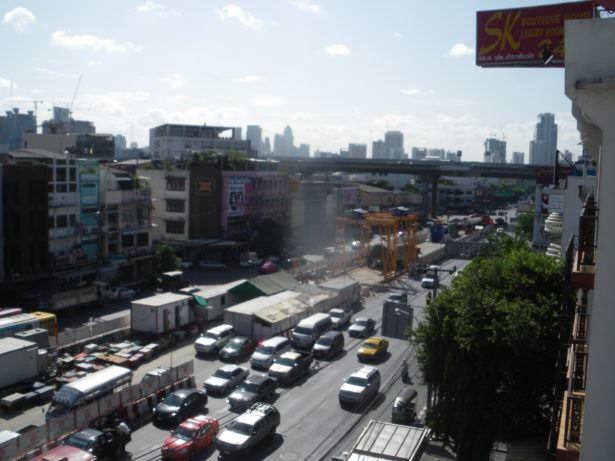 Chaotic mess from my hostel room in the Kok

The only real saving grace for Thailand is its airport – hence why I have actually visited 7 times – I kept having stop over connections through the Kok. So I will be back but only on transits for a few days. After that, the country becomes unbearable.

Oh Riga, you let yourself down big time. Considering that the hat-trick of adjacent countries, Lithuania, Russia and Estonia are so charming and welcoming, this Latvia place is a nasty contradiction. 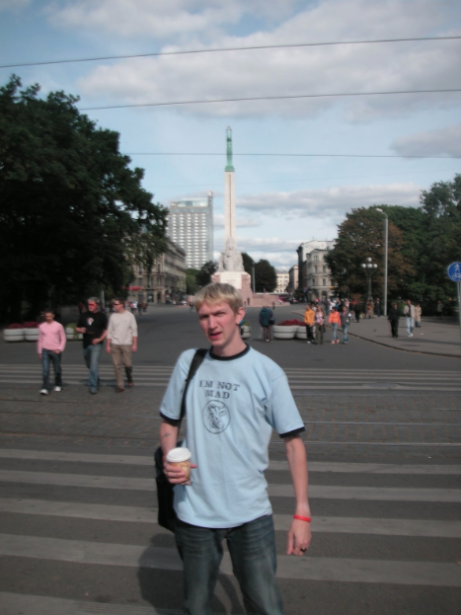 So it didn’t help that I had food poisoning, some of my friends were attacked by Latvian peelers, we lost a football match and I ended up in bed for hours. Now they are even bereft of the final attraction for me – the Lat. They succumbed to the dreaded “Euro currency” a few years back. The country also seems to have a distinct lack of nationalism and pride. It’s almost like a mix of Latvian and Russian values. As a hardcore nationalist, if it branded itself as more Latvian and brought the currency back and developed the way Estonia, Uzupis and Lithuania did, then I’d give the country a third chance. 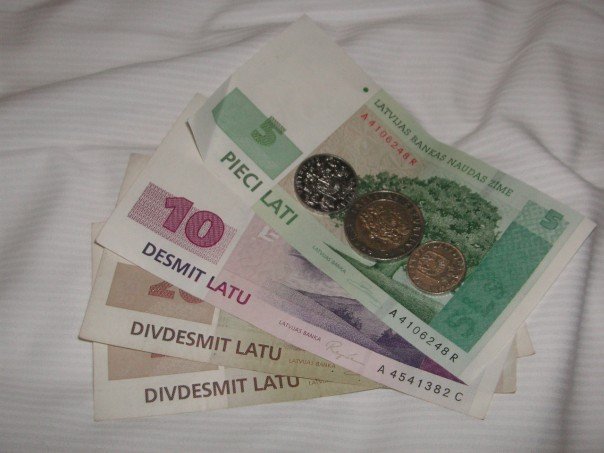 Bring back the Lat and I’ll try you again

Another over hyped mess of a country which acted as my gateway to Antarctica back in 2010. The contrasts between the two places were extreme. Poverty, dirt, arrogance and begging in Argentina to the pure nature and hope from tranquility in Antarctica. When I finally ended up back in Buenos Aires, I made sure I’d head to Uruguay for a month to learn Spanish instead of drowning in the arrogance. “What an amazing country we have” said one Buenos Aires resident to me. Don’t flatter yourself. Paraguay dug a much cooler vibe. All that said, I still got to do the Maradona… 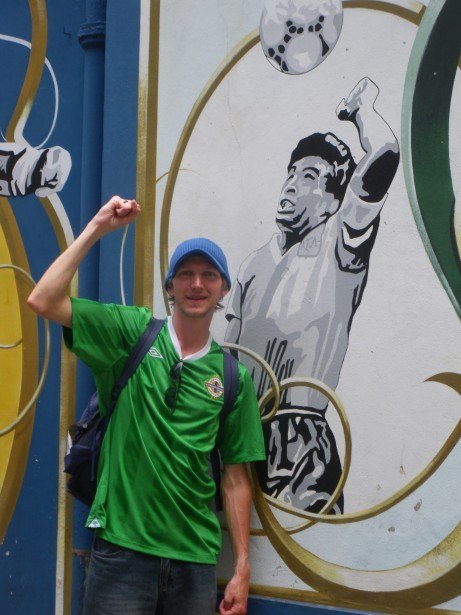 Venezuela is the worst country I have ever been to without a doubt! From the moment I crossed the border at San Antonio Del Tachira, I was sure I was going to die. Originally I had plans to see the Salto Angel and the famous ice cream shop in Merida. When I arrived, I was looking forward to it all. 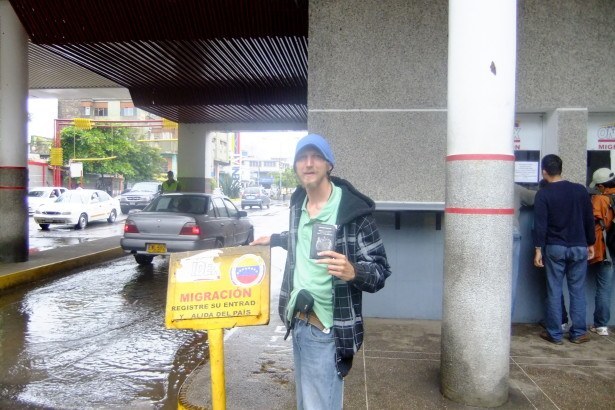 However following bribes, guns, bag slashing, security frisks and pure evil in the air, I couldn’t warm to i. Even during my hat-trick of days in Caracas, I was almost robbed, I was ripped off, attacked and when I went to change money in the central area, a guy with a gun came in and swapped cocaine for watches. The final nail in the Venezuela coffin was getting my Suriname visa refused. I persevered and finally got it and got out. 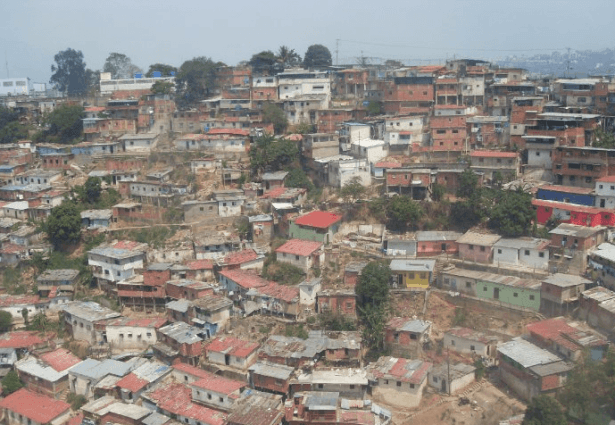 However, there were two positives in the end – I liked the Little Rock Cafe and my Hotel La Floresta in Altamira, even though it’s where the robber attacked.

Without doubt the most boring country I have ever been to is Cheatzerland. My first visit in 2007 was to Zurich and I felt completely underwhelmed by the city. Full of wannabe chocolate shops, colourless streets and boring banks, I found solace in the bars only until I tasted the imported beer. Unimpressed by the countryside and mountains, there was no reason to ever go back.

[photo unavailable unless you pay our banks enough money]

But fate took me back here in 2017 for a second opinion to the city of Basel. You’re really not helped by the racism of your international footballers nor the fraudulent, cheating that goes on behind the scenes. You’re not in the EU for a good reason. Unless I have train connections, I’m unlikely to ever return. Stay as neutral and borigating as you like.

The USA might be a surprise inclusion but I am doing my worst 7 and it’s bottom 7 for now. It’s mostly judged by how dangerous the country is, the gun law and the fact that the country has so much arrogance, seeing itself as some kind of “global superpower”. Well you’re not. Every country is equal. Stop looking down on countries like Cuba, Northern Ireland and Mexico and you’ll stand a chance. Your saving grace is your bars… 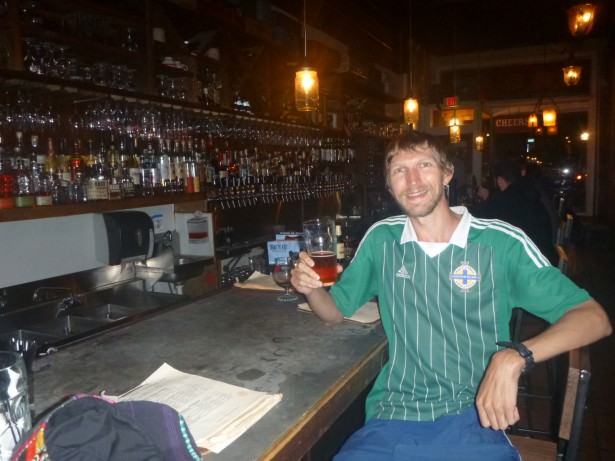 In stark contrast neighbouring Mexico is a fantastic country but I do want to visit USA again, mostly for the and city life rather than the culture, the arrogance and the ridiculous gun law.

Togo is a country of racism and corruption as I found on my recent tour. From rip-off zemi john drivers to taxis taking you on magical mystery tours and then trying to charge you 10 times the amount they should to the corruption on the border. My friend Malina and I almost refused to pay the bribe and were going to spend the night in a prison cell in the airport until we decided to succumb to their demands of a bribe. The officers put our money straight into their pockets and we exposed their bribery to a few dozen people at the border. We won’t be back although our tour guide Jeremies and the two hotels we slept in were amazing! 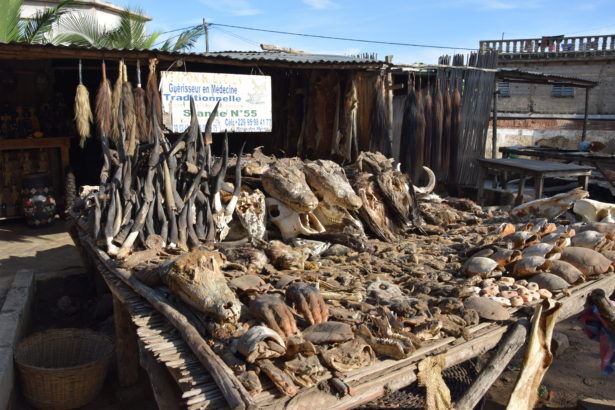 You might be surprised I left off India…yes those five all could have made the list as well, but they had much more good than bad in the end. Even India, as dirty as it is, the food is excellent and the country is so diverse. Algeria is corrupt and the dearest country I visited so far (£1,500 it cost me for a 17 hour visa due to the corruption) but I met some nice Algerians outside the country, so the hate is only governmental. Bulgaria I blame my language barrier problems, especially that horrible day in Sofia when the peelers chased me out of the football stadium for wanting to take a photo of the pitch. Benin is too recent to judge that badly as Togo was worse and Czechia had some crazy moments as well as the police problems…