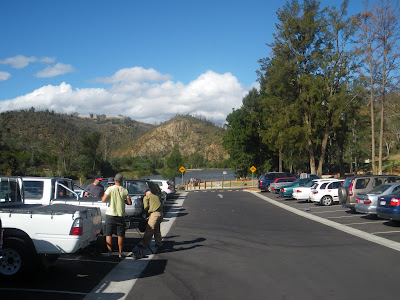 While staying in the ACT (Australian Capital Territory) we ventured outside of the actual “Canberra” area only a few times. The ACT is more than just Canberra believe it or not, even if the rest of the ACT just seems like all fields, deserts, rivers and mountains. Its all beautiful. Anyway after our guided tour of Canberra by Evan, he decided to take his wife and kids out for a swim. He asked us if we were up for that and of course we were! 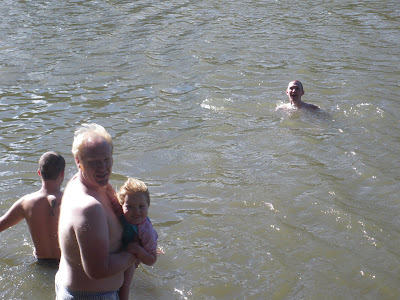 We headed east from the centre of Canberra, firstly to his house at Aranda where we met Oliver and Amelia his son and daughter and Emily his wife. Evan also gave the three of us a beer each as we chilled in the lounge for a bit. Then we were back on the road and headed East out of the city of Canberra on the Cotter Road. 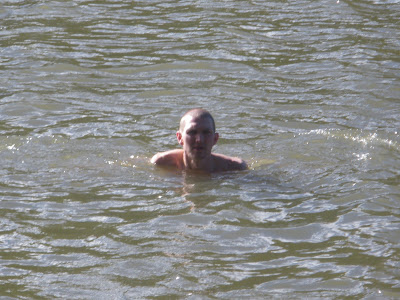 I dozed off for a bit during the short car journey, but remember how we took the Cotter Road past areas called Curtin and Weston Creek. Mount Stromlo was on our right, as were countless gorgeous areas of forests, mountains and rivers. We saw a dead kangaroo by the side of the road. In an unobvious position lies the area known as Casuarina Sands. Its almost at the convergence of about 4 rivers – Cotter River, Murrumbidgee River, Tidbinballa and possibly also Paddys River. The area is beautiful.

We turned into a car park where a small, unnoticed sign read “Casuarina Sands”. We had two cars with us – Evan’s and Emily’s. We walked down and got a decent location by the wide river. It was a hot day and already lots of locals had thought of the same idea as us and they had gone in for a swim. I took no time in getting ready and walking in. The water was so hot – and really not that dirty. It was so natural and relaxing to have a dip in the water in the ACT. 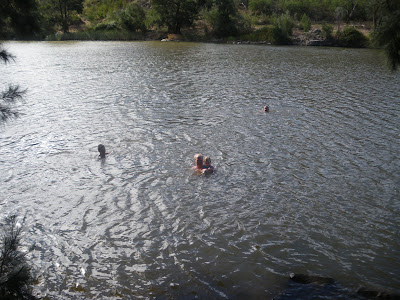 We all got in for a while, except Emily – she was minding the belongings and her young son Oliver. At one point the water got too deep, and then it came up again in the middle so we could walk. It was a pleasant and peaceful swim. After about 45 minutes or so though, our brief dip in the Cotter River was over and we were driving back away from the gorgeous Casuarina Sands and to Aranda, where we were having some beers and a barbecue that night.
What Was It? – Casuarina Sands
What Is It? A beautiful natural park by the Cotter River in the ACT
What Do People Do There? – Swim, bathe, relax, have barbecues
Who Went? – Jonny Blair, Daniel Evans, Neil Macey, Evan Tattam, Emily Tattam, Oliver Tattam, Amelia Tattam.
SWIMMING AT CASUARINA SANDS:
Join 15,017 Monthly Readers! If you enjoyed this article and LOVE travel and SAVING money, get e-mail updates from Don’t Stop Living – a lifestyle of travel! (It’s Free) 😉 Jonny