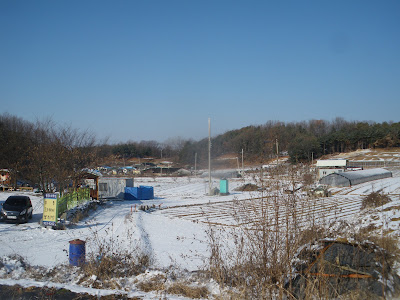 After lunch somewhere in the DMZ, we changed buses, and our new bus was heading to Camp Bonifas and into the JSA – Joint Security Area. Don’t worry if all these acronyms and constant place names confuse you, they sure as hell confused the life out of me, and even after research I’m still baffled and can’t quite work out the difference between Camp Bonifas, New Panmunjom, Old Panmunjom, JSA and DMZ. Treat them all as the same sort of thing – frontier between North and South Korea (neither the official name for those countries of course, but easiest for me to understand). 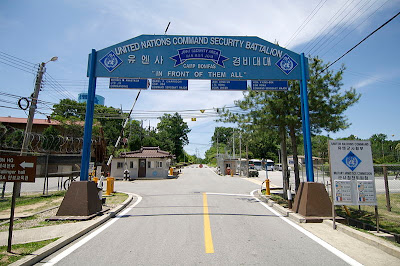 The entrance to Camp Bonifas. Which is not the DMZ, not the JSA and not Panmunjom, though possibly all of them as well…(incidentally Barrack Obama is just back from there). 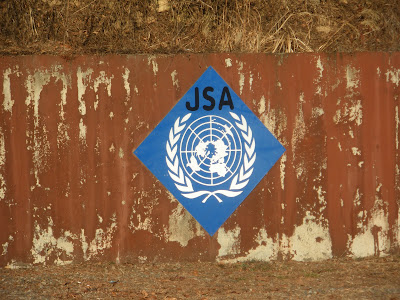 Just to confuse you even more this area is also often referred to as the “Truce Village”. To be honest being bussed about inside the DMZ can get confusing, as you seem to back track on yourself and lose track of where you are. Not just geographically, but strangely we were closer to the border at our first stop, and further away from it when we stopped for lunch. 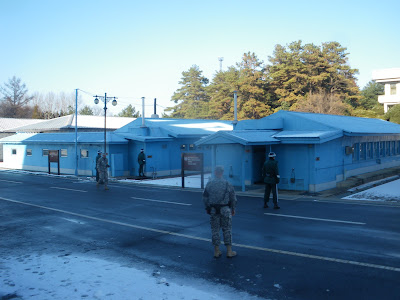 There is also the weird fact that Panmunjom, in its modern state is not the same as the village of Panmunjom (an actual village, rather than a military border as such) which existed in the past and the remains of which are all but gone. This causes people to get confused between Panmunjom and the JSA. Some people think they are the same place. Some people think they are 2 different places. The truth is that Panmunjom (the current one) is actually inside the JSA (which in turn is inside the DMZ…) To avoid confusion – this part of the tour report (Part 7) will only cover the trip to the actual headquarters part of the JSA where we watched the video – the trip to Panmunjom (where the blue huts sit, the border is obvious and you stare into North Korea, and walk across the border in a blue hut called the MAC building) will be in Part 8! 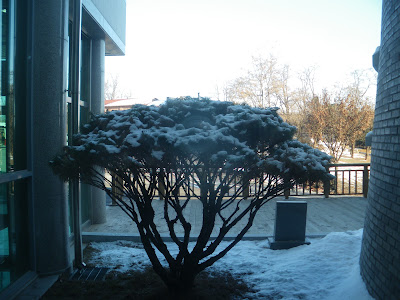 At this point however, things got a bit more strict as we neared Panmunjom, and indeed the actual border between North and South Korea. More military presence (ironic in the De-militarised zone) and photos banned. 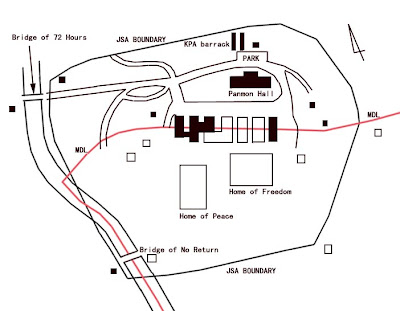 A map of the JSA which makes things no clearer – even if you’ve been there! The red part is the actual border between North and South Korea. 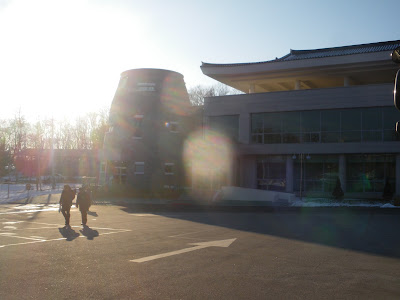 We were told no more photography or video taking for a while, as we entered a cordoned off area known as the JSA – now the area we were in is all still in South Korea, even if parts of Panmunjom and the JSA actually straddle the border and breach their way into DPR Korea. It feels very militant, an irony of course as this area is de-militarised. 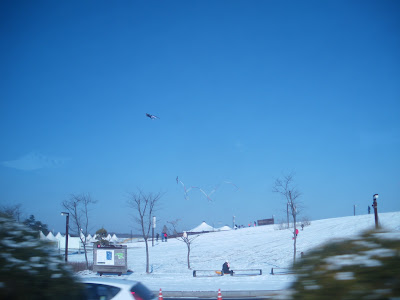 A member of the US army who is stationed and working at the JSA gets on board and gives us a guided tour on the way in, from the bus. We were actually just giving the guy a lift back to his base, but he was a very friendly, knowledgeable soldier though and we were just lucky that he decided to take the bus microphone and give us a tour and speech. This doesn’t normally happen and this dude was very approachable though we couldn’t get an actual of him or with him, and I don’t remember his name. He was the one who told us about the golf course! Real crazy golf that…as you’ll read… 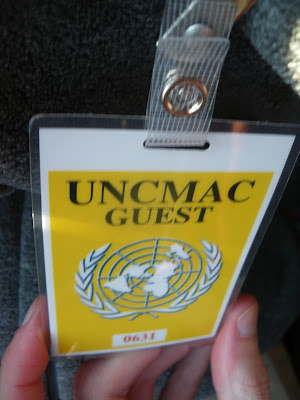 We are each given a special UNMAC Guest name tag which must be worn at all times from now on, until we are told to remove it. It’s all a bit official and I wanted to keep the name tag as a souvenir, but we had to hand them back in later. 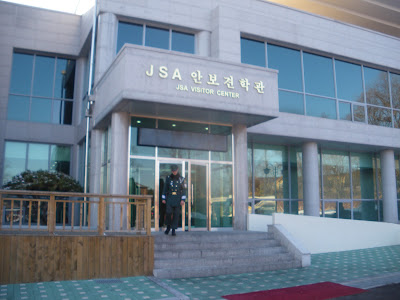 We stop inside what looks like a massive army base. It’s the JSA Headquarters. 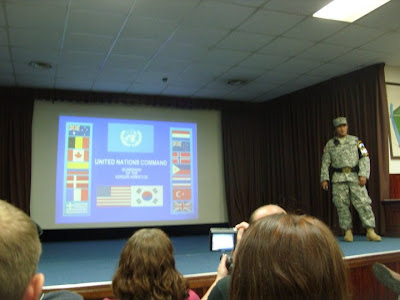 In there we watch a video on the large screen about the JSA, the DMZ and Panmunjom. Panmunjom was my most anticipated stop of the tour – I had read so much about it and was highly looking forward to it. We now knew it was our next port of call! (Photos were banned in this part of the tour, but I know for a fact other tour have allowed them. The above photo is copyright Ian McKinney, a Glenavon fan and friend who was there a year or so before me). 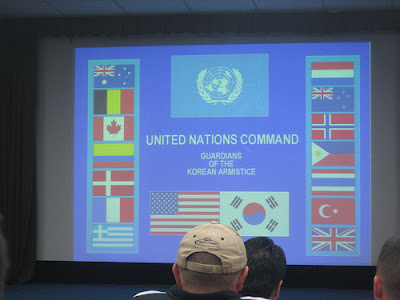 The video was highly informative and I made some notes during it. There were toilets and an extensive souvenir shop there. 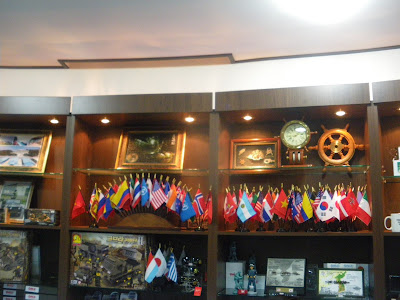 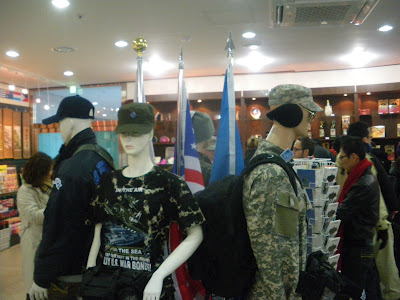 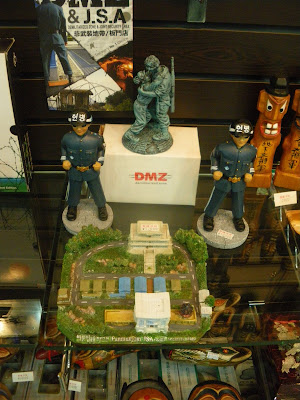 The souvenir shop at the JSA Base. 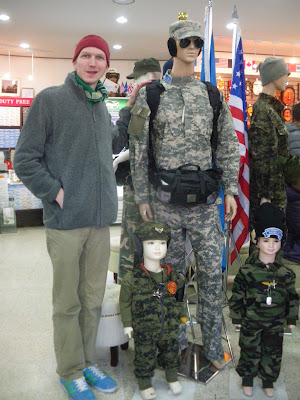 Me inside the shop. 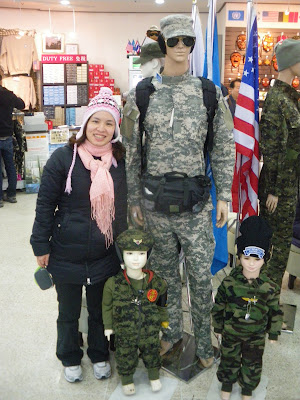 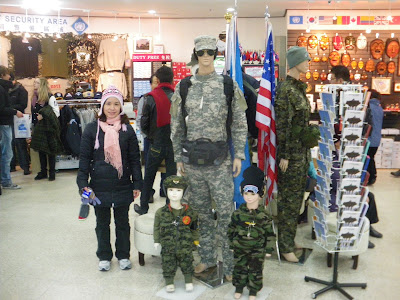 Panny inside the shop. 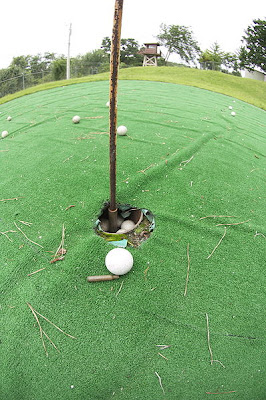 And so to the crazy golf story. Yes, aside from all the seriousness, we also learn about a 3 hole golf course inside the JSA and are pointed it out from the bus, the reason it’s important is it has a hole dubbed “the world’s most dangerous golf hole” given that apparently there are mines all around it and a ball could set off a mine. Talk about being in the bunker or not having the balls… would be good to get Rory McIlroy and Tiger Woods together for a shoot out… 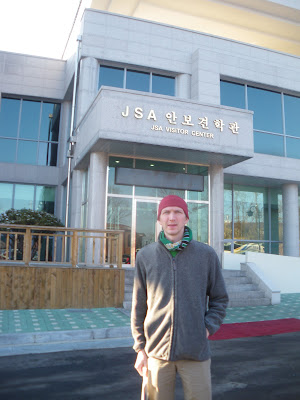 Me at the JSA Visitor Center. 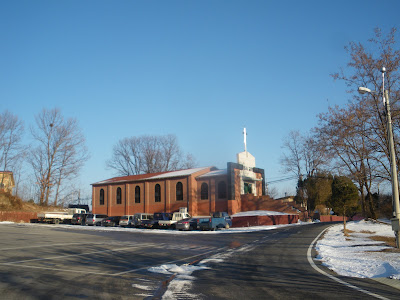 There was a church at the JSA – a Christian Church – the nearest one to North Korea, probably. 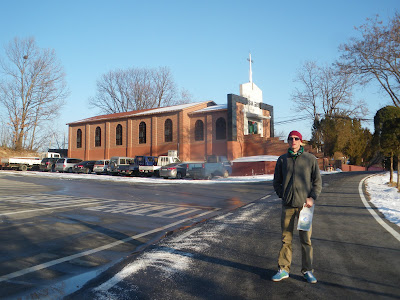 Me by said church. Saying a prayer before we crossed into the sublime at Panmunjom. 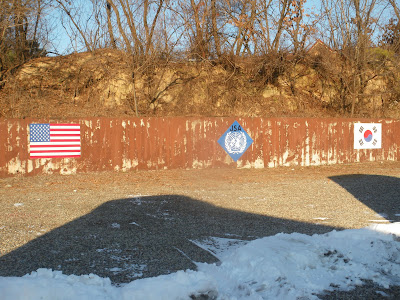 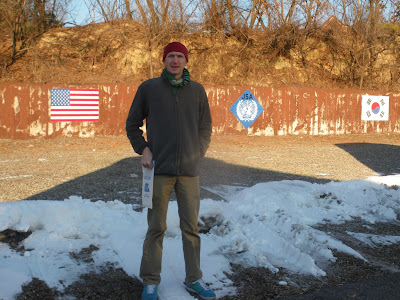 At the actual sign that says JSA in the snow and sun. 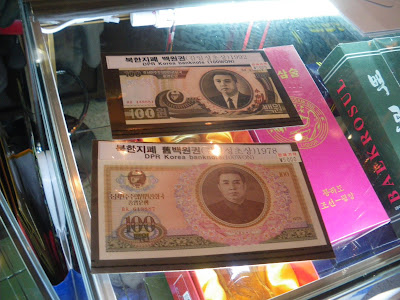 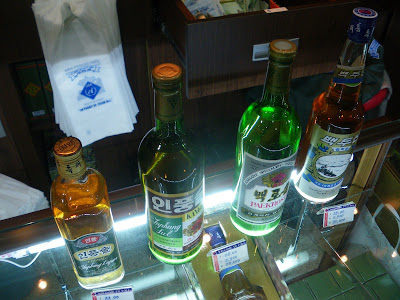 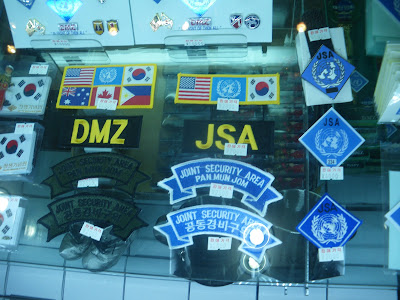 We had time to shop for souvenirs (yes, I bought loads, covered in the part 12 of the trip report, here. Before we got back on the bus to take us to Panmunjom. And so we were heading (at least in some sense) across the border into North Korea…

From – Lunch near Imjingak
To – The Joint Security Area, inside the De-militarised zone (JSA, DMZ, South Korea)Next Stop – PanmunjomWhat we did at the JSA – Watched a video, were given a briefing, shopping for souvenirs, going to the toilet, photographing churches, travelled on a bus into Camp Bonifas and also saw the world’s most dangerous golf hole.

What Is Camp Bonifas?Camp Bonifas is a United Nations Command military post located 400 meters south of the southern boundary of the Korean Demilitarized Zone. It is 2400 meters south of the military demarcation line and lies within the Joint Security Area (JSA), also known as Panmunjom. The Military Demarcation Line (or 38th Parallel) forms the border between South Korea (the Republic of Korea) and North Korea (the Democratic People’s Republic of Korea).Camp Bonifas is home to the United Nations Command Security Battalion – Joint Security Area, whose primary mission is to monitor and enforce the Armistice Agreement of 1953 between North and South Korea. Republic of Korea and United States Forces Korea soldiers (known as “security escorts”) conduct the United Nations Command DMZ Orientation Program tours of the JSA and surrounding areas. The camp has a gift shop which sells DMZ- and JSA-related souvenirs.

What Is The JSA/Joint Security Area? -The Joint Security Area (JSA) is the only portion of the Korean Demilitarized Zone (DMZ) where South and North Korean forces stand face-to-face. It is often called the “Truce Village” in both the mediaand various military accounts.The JSA is used by the two Koreas for diplomatic engagements and, until March 1991, was also the site of military negotiations between North Korea and the United Nations Command (UNC). The Joint Security Area is located at 37°57′21.60″N 126°40′36.50″ECoordinates: 37°57′21.60″N 126°40′36.50″E lying within the village of Panmunjom

My Videos –
BUS JOURNEY AT PANMUNJOM:
LUNCH IN THE DMZ:
(more videos of Panmunjom itself in Part 8)Other People’s Videos -A VIDEO OF A BUS THROUGH THE JSA:


BARACK OBAMA THANKS THE TROOPS AT CAMP BONIFAS, MARCH 2012:

A GUY TRYS THE MOST DANGEROUS GOLF HOLE IN THE WORLD: