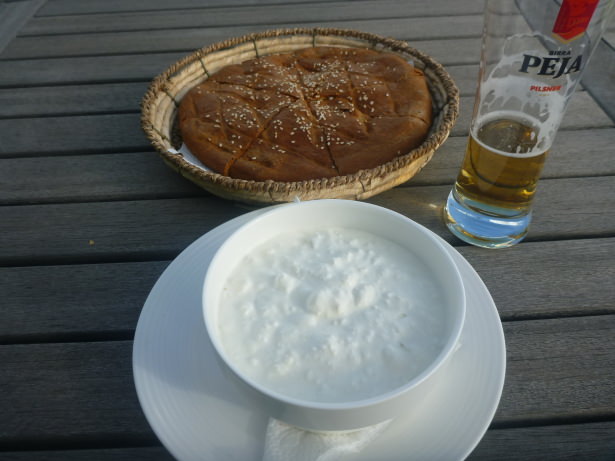 So I ended up backpacking in Kosovo after Northern Macedonia and decided I wanted to try some local food. The thing is though, Kosovo has only been a country since 2008 and most of the locals are Albanian. So rather than call it actual Kosovan food, the food I tried is really just Albanian. Well, I haven’t yet been to Albania so it will do. 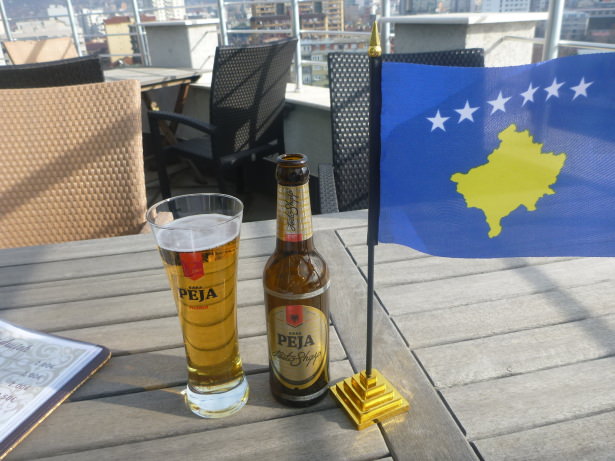 Beer and lunch with a view in Pristina, Kosovo.

What better place to try Albanian food than from the Moving Restaurant, overlooking the capital city of Kosovo – Pristina. I was staying nearby at the Buffalo Backpackers and headed out to check out some of the city’s sights and bars. The Moving Restaurant is one of the best bars in Pristina as it overlooks the city. 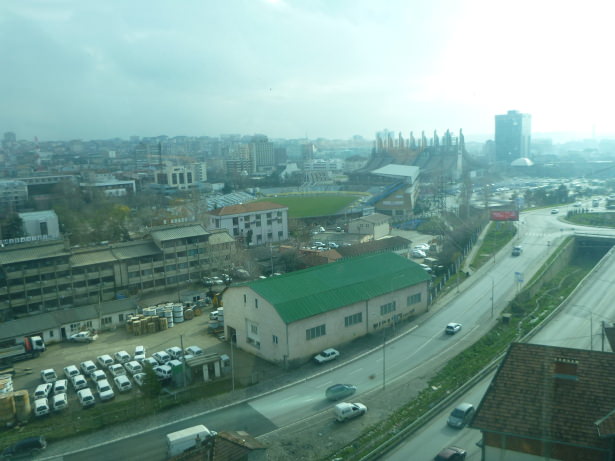 The view from the Moving Restaurant overlooking Pristina, Kosovo. 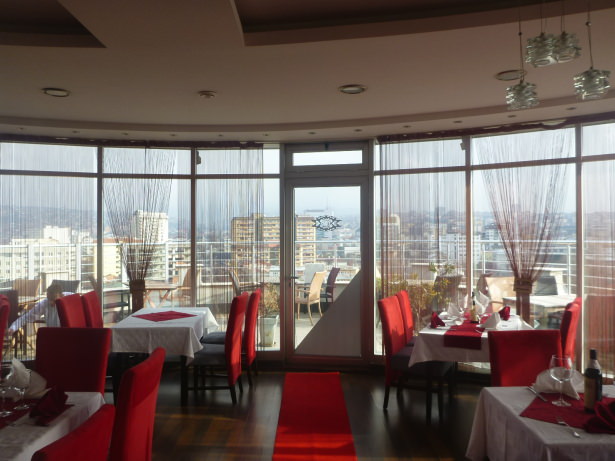 Moving Restaurant – venue for the Pogaqe.

I ordered the popular snack – Pogaqe which is a tasty bread which comes with sour cream. The cost was €2.5 Euros (yes they use the Euro in Kosovo), and I had it with a Peja Beer which was €1.5 Euros. 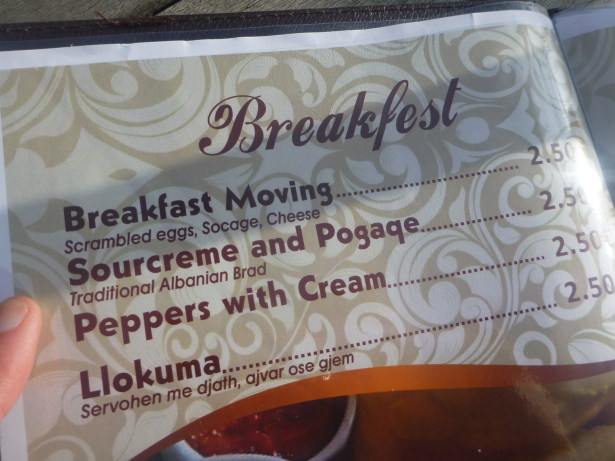 Sourcream and Pogaqe was ordered.

It’s a great snack and I’m particularly fond of sour cream anyway. For a simple snack, this is quite substantial and as I was backpacking alone I realised it would be better shared between 3 or 4 people at a table as a starter to accompany a main meal. 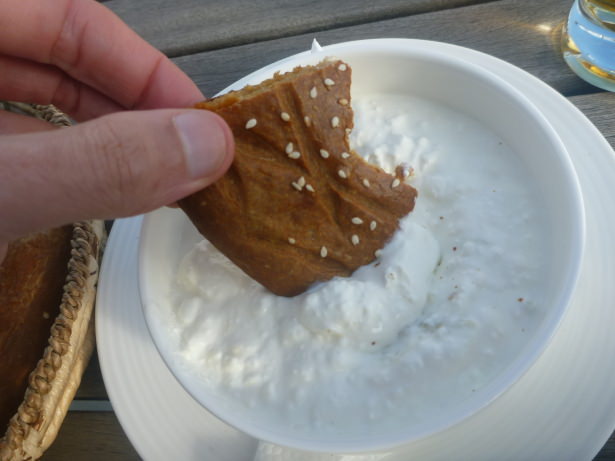 Alas, I enjoyed it – my only kind of “Kosovan meal” in the country, as the other food I had was Western or Middle Eastern influenced. I had a good chat to the chef at the restaurant all about travel – he was an ALbanian guy called Barshkin. 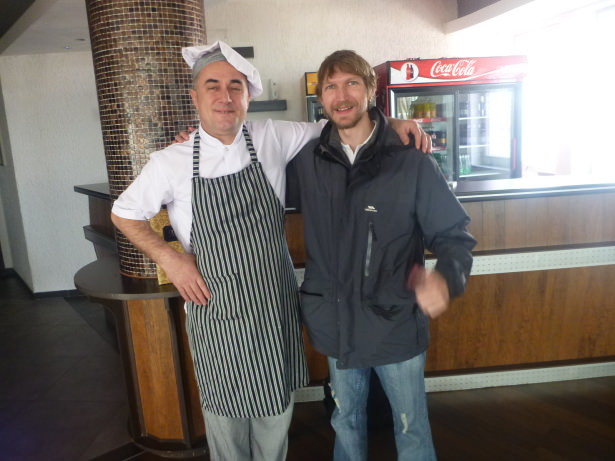 Here is a video from trying Pogaqe and Sour Cream in Pristina, Kosovo:

And a video from the view over Pristina: