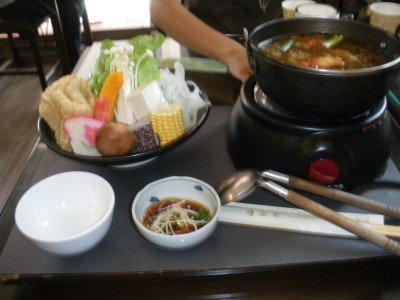 When I woke up this morning I had no idea what I would write about on Friday’s Featured Food as I have a long list of 200+ dishes/food types still to write up, so the only way to decide was to let you all dictate on my Facebook Page. After a vote, it was tied between the time I ate an Octopus Curry in Recife, Brazil and the Taiwanese Hotpot in the city of Tainan. Tied on 3-3, I plucked for Taiwan on penalties as I haven’t written about it in ages. 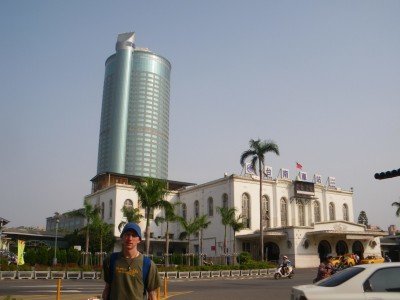 So after exploring the city of Xinying and its magnetic charms (which would lead us back there) we headed south on a train to Tainan. On arrival in Tainan, our Taiwanese friend Eva Jun invited us for Hotpot in the heart of the city. It was a crazy couple of days where we had a night out in Tainan City where I met a guy (Ricky) who used to live in the same flat as my mate and came from the same town as me, watching sunset over Anping, toured some temples and went motorcycling round Tainan. 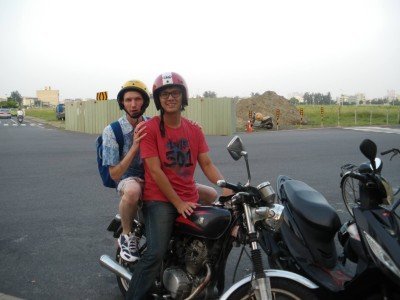 Motorbiking through Tainan and Anping with my friend Gilbert Sun

Our friend Eva Jun invited us for lunch one day and we thought nothing of it. We had been eating on street corners, in night markets and on the barbecues of Xinying. However this time was different. We were heading to what can only be described as a swanky up-market tea house for a hotpot lunch. I was still quite an inexperienced backpacker in 2009 and was really excited to be trying this as I had never had hotpot before!! 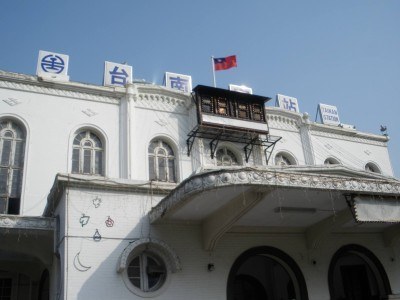 So we headed to Hanlin Tea Room, just myself, Natalja and Eva. My memories of Taiwan are not what they were – not as vivid, but I recall walking through yet another posh shopping mall on route to this restaurant. Eva took us up some escalators to a small restaurant called “Hanlin Tea Room”, it looked posh and elegant, and we took seats by a window from which you could see the city below and its thousands of scooters. We sat down and ordered our tea, mine a black tea with lemon. We let Eva order the food and we shared the shebang. 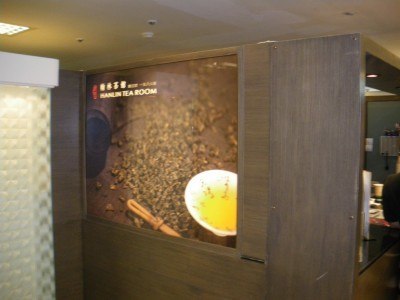 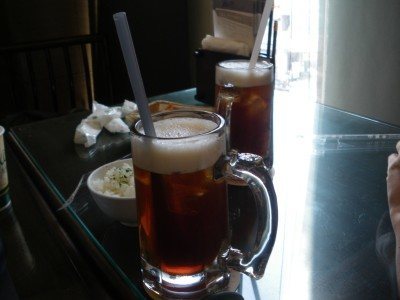 What is Taiwanese Hotpot?
In short, Taiwanese Hotpot a big bowl of hot water/soup that you put lots of random food into then you boil it up and eat it! In long, it’s the Taiwanese version of the Chinese hot pot. The Taiwanese hot pot is called Sha Bu Sha Bu and due to Japanese influence, people eat the food with a dipping sauce consisting of shacha sauce and raw egg yolk. Eva Jun explains everything before we eat. There is a video below of her doing this and it’s funny looking back at it, some of the things I say, some of the things I don’t understand. 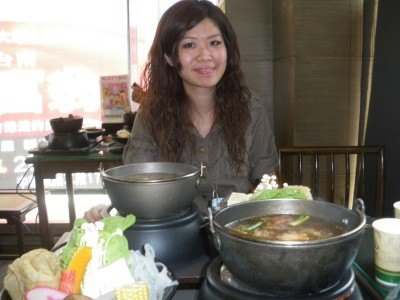 Roughly, our Taiwanese hotpot had the following things in it:

– Beef chunks
– Stock
– Tomato
– Sweetcorn
– Pepper
– Black pudding with rice in it
– Mushrooms/Jing Jang Gu (which I hate)
– Chinese Noodles
– Rice
– Leek/scallions
– Crispy bread
– Squid/calamary (with flower design on it)
– Tofu
– Lettuce
– Some form of fish
(and probably a lot more which I forget/didn’t understand)
Check the video here, 6 years on I could only laugh at myself!:

The Taiwanese hot pot comes with its own cooker, so you are constantly boiling and cooking food in front of you. The soup idea reminded me of the Hungarian Goulash I had tried in Budapest before, but the whole experience was something very very different. We had two cookers, 3 sets of chopsticks, 3 bowls and an abundant mixture of vegetables, spices, meat and fish. Surely you can’t eat them all together? Yes, yes you can! 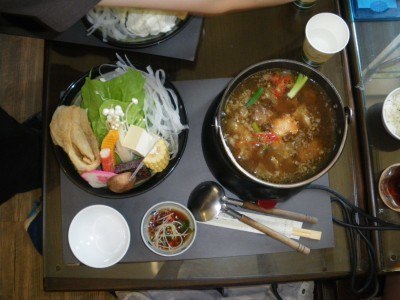 One by one we started to boil up the soup adding the various contents of the tray. Already in the soup/hotpot mix were the beef chunks, the stock and some sweetcorn. We had separate portions of rice. There was also squid/calamary (carved into pink and white sheets with flowers on them!), tofu, lettuce, crispy type bread (couldn’t work out what it wasn’t, Eva tried to explain), scallions/leeks and other vegetables. What interested me was this black chunk of something. It looked to me like black pudding, but it had white bits in it. I love black pudding and used to eat it with my frys back home in Northern Ireland. Black Pudding is basically dried pork blood, but its lovely – it also reminds me of Scottish Haggis. This Taiwanese stuff was actually pork blood with rice scattered through it. It wasn’t quite the same as the Northern Irish black pudding, and not as nice. The beef was amazing, and all the random vegetable ingredients made it the best meal I’d had in Taiwan up to this point. As it was lunch time, none of us could finish the big helpings, but we gave it our best shot! 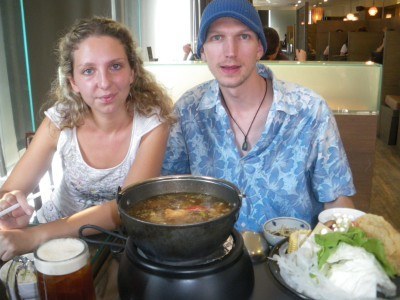 After lunch we headed downstairs to meet Li (Taiwanese) from the night before and a new friend Drazhen (Croatian) who worked as a DJ in the bar we were drinking in. It was a crazy few days exploring Tainan, the former Taiwanese capital city. 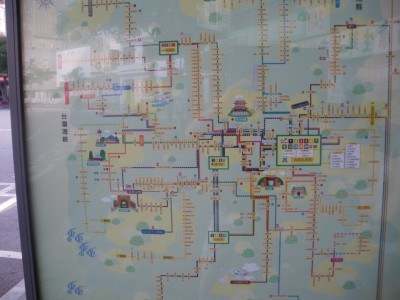