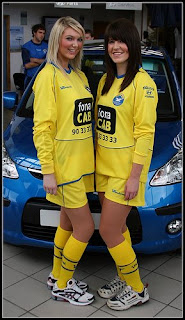 While I was young I spent most of my life in Bangor, Northern Ireland. I never supported the local football team, Bangor FC, as my team of choice (and my Dad’s and my Grandad’s) was Glentoran FC who played in East Belfast (a 20 minute drive) and I used to go to watch them. However I did always enjoy my trips to Clandeboye Park, home of Bangor Football Club. Back in 1993 I attended Bangor’s one and only Irish Cup Final win at Windsor Park, a 1-0 win (in a third replay) against my birth town team from Newtownards (Ards FC). In a strange way I always like to see Glentoran, Bangor and Ards doing well. I have an affiliation for all three having lived in two of those places, worked in two of those places and studied in all three of those places. If I have a Northern Irish triangle it will connect those three. Bangor had a good team in the early 90s, often pipping Glentoran and Linfield (Northern Ireland’s two most successful clubs) into European Competition. A few mates of mine, in particular David Watson follow Bangor intensely and I admire that. Anyway the last few weeks for Bangor FC have been happy times for fans there. They gained promotion to the new Northern Irish Premier League as far as I could tell, simply because their stadium met the requirements for top flight football. This has caused scenes of shock and jealousy all over the country, enraging fans of Portadown and Donegal Celtic who didn’t get in. Portadown submitted their application late, stupid bad organisation within the club. Donegal Celtic are a small time club with low fanbase and shite stadium, so well done to Bangor FC on their promotion and good luck for the new season, as long as Glentoran beat youse twice it won’t bother me. Perhaps I’ll even make it ‘home’ to Bangor for a match. I still haven’t had a pint in the social club bar there. 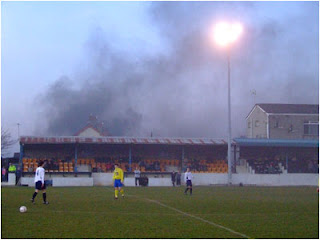 This week also saw the new Bangor FC kits launch, and the ladies modelling the spanking new home and away kits are pleasing on the male eye. What makes it interesting is that Bangor play in yellow and blue (same as Torquay United) and have their home and away kits both in yellow for the 2008 – 2009 season. This is bizarre really, so they use one yellow kit one week to play at home and a different yellow kit (with different sponsor) the next week for the away match. In the off chance that there is a clash, they also have a ‘third’ kit which is white. All confusing really, and I wonder are they the first team in the world whose home and away kits are exactly the same colour. I’m very tempted to buy the kit of my home town team just so I can walk round Bournemouth and confuse people. It would be funny. Bangor FC have a habit of doing things in a strange way. In 1995, they deliberately LOST their final league match 2-0 at rivals Ards in order to get promoted. It sounds crazy but its a true story. This is also a team who bate Linfield 5-0 at Windsor Park in the 1990s, who else does that? No other team that I can remember. 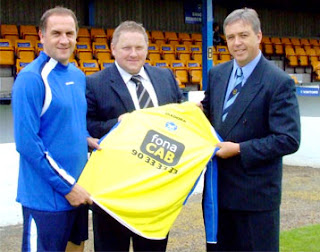 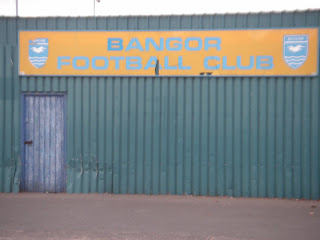