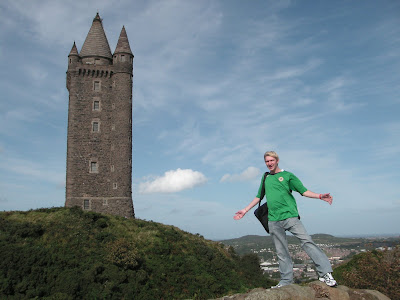 Return To My Birthtown: Newtownards, County Down, Northern Ireland

A grey 1980s sky skimmed over sheltered Newtownards as I appeared on this planet. It was Sunday March 30th 1980 and there I was free to the world in Adair House in Ards Hospital, Newtownards, Northern Ireland, United Kingdom / Untied Queendom. I love Newtownards for some reason, and I’ve seen a hell of a lot of this world now (over 180 countries now) yet there is something very raw, honest, sincere and humane about my little birth town. 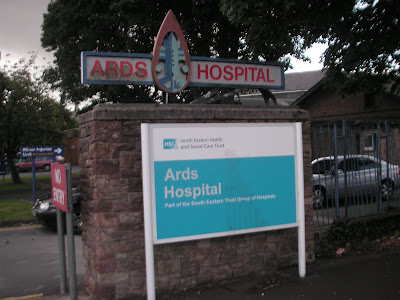 Ards Hospital where I was born

It was fitting that I was born there, as it was exactly half way between where my parents were from. My Mum a middle class potato picker from Comber (kind of…) and my Dad a working class footballer from East Belfast (a bigger Glentoran and Northern Ireland fan than me in his day; not now). And then there was me, born half way. I’m not a Belfast Boy (I wear a T-shirt with that written on it because its a song about George Best), if someone asks where I’m from, depending on the person and my mood, I answer with any one of the following: Northern Ireland, the UK, Britain, Newtownards, Ards, Bangor, County Down, Belfast, Ireland, Ulster, the Wee Six, the Pravince, my Mum’s womb. In every sense I’m from them all, I rarely say “Ireland” though as I’m not from Ireland as a country. Our divided island means that north and south are so different that I’ve never felt any kind of affinity with the Irish Republic (Eire). But as long as I live it is most likely that I will say I’m from Newtownards, as I was born there.

My description and opinion on (the market town of) Newtownards is that it is a working class traditional Northern Irish Protestant stronghold nestled wonderfully into the Ards peninsula neighbouring our capital city of Belfast and rivaling my middle class enclave of Bangor. It’s very Protestant, and I’m not sure of the percentage, but it is something I don’t want it to lose. If you have followed my stories, you will know I have some Catholic and Protestant beliefs but generally class myself as a Catholic. It’s nice to have that security where you meet people and say things and they know what you mean, sadly for us Northern Irish, people think religion defines everything – it doesn’t. And there is no religious war either – neither Catholics nor Protestants kill people. Both those religions abhor murder, so don’t bullshit me that there is a religious war – the war is between people – people who generally want Ireland to be one country, and people who want Ireland to be two countries. On Wikipedia it says the population is 85% Protestant, which means it is one of the highest percentage of Protestant places in Northern Ireland. When I look at it now, the three most important things ever to happen to me all occurred in Newtownards:
1. I was born in Newtownards. (1980)
2. I passed my Driving Test in Newtownards. (1998)
3. I passed an Access Course in Newtownards which led to my first ever ‘semi permanent’ venture outside of Northern Ireland. (2003)
I owe the town a lot and I often visit when I am home in Northern Ireland. 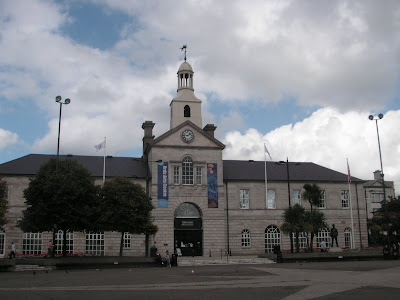 Quite how I ended up growing up in Bangor in a little Marlo estate is beyond me. My parents had lived in Comber, East Belfast, Kilcooley (Bangor), Silverstream (Bangor) and then Marlo (Bangor). Childhood excitement was a trip to Woolco, which is now called Ards Shopping Centre. It was Stewarts and Wellworths who owned the big stores in the main shopping centre and I used to enjoy my trips there. Newtownards is also very famous for Warden’s furniture store/department store, Knott’s coffee shop, The Knightsbridge nightclub, 12th July marches, Scrabo Tower, Blair Mayne (Former of SAS was from there) and has the uniqueness of having an airport and a marina…Not that anyone ever uses the airport or even knows where the marina and harbour are! It is Newtownards on Sea as it is at the north point of Strangford Lough, which leads all the way down to Northern Ireland’s ONLY internal car and passenger ferry service. Indeed manys a day of my childhood were spent in Newtownards, Bangor, Belfast and the Ards Peninsula. I currently work on ferry boats, so some time I will reminisce on here about my first ferry trips (From the deliberately named Portaferry – the strong hold port, Strangford). The airport is for private jets and training. Every now and then you’ll see a plane in the sky near Scrabo Tower, undoubtedly the town’s best permanent fixture! 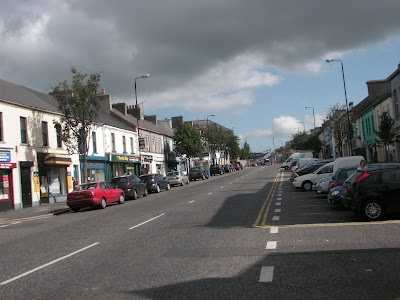 I will reminisce on Scrabo Tower on a future post, but basically this high tower overlooks the town of Newtownards, provides an awesome view of North Down and Ards and is a historical landmark: Scrabo Tower, which is visible from most of North Down, was built on a volcanic plug (and there was you thinking Northern Ireland doesn’t do volcanoes!) above the town in 1857 as a memorial to Charles Stewart, 3rd Marquess of Londonderry who was one of the Duke of Wellington’s Generals during the Napoleonic Wars. The Third Marquis, or “Warring Charlie” as he was also known, inherited the title and family seat of Mount Stewart after his brother, The Second Marquis, committed suicide. The Second Marquis is better known as Viscount Castlereagh who served a term as Britain’s Secretary of State for Foreign Affairs. The Tower now stands tall in the Country park with its woodland walks and parkland through Killynether Wood. The view from the hill and the summit of the tower are breathtaking, across Strangford Lough, scattered with its many islands, to the Mountains of Mourne and the Scottish coast. The Tower houses two floors of displays and a climb of 122 steps takes the visitor to the open viewing level. Scrabo Country Park is always open, admission to the park and the tower is FREE!! How good is that free entry, not often you get that…go there, climb it, enjoy the view and admire Newtownards. 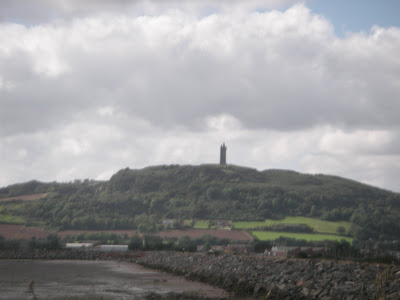 The name is pronounced Newtnards, but is constructed as New – Town -(of) – Ards. Basically the area of Ards needed a new town and this is where the title came from. It’s on my birth certificate and passport and often I get asked where the fuck is that? It’s also important to note how Northern Ireland’s ‘troubles’ affected Newtownards. As a strong Protestant, Unionist, Loyalist and British town, Newtownards was victim of Republican, Catholic, Nationalist attacks on a few occasions, but generally we weren’t that badly affected by the troubles. During the troubles, Newtownards was the scene of a car bomb attack on July 5, 1993, when Roma’s Bar in Regent Street was targeted. The pub was completely destroyed, but has since been rebuilt. The attack, carried out by the Provisional Irish Republican Army was, at 700 kg (1,500 lb) the largest car bomb ever used in Northern Ireland. There were no fatalities. I remember the aftermath of the bomb, as the Stewart Millers had a bomb damaged sale the few days after. In 1993 Northern Ireland the IRA used to bomb all the time. It was just a life I was used to. The bar where the bomb was parked (Roma’s) is still open on the main street. The people in Newtownards will smile at you. 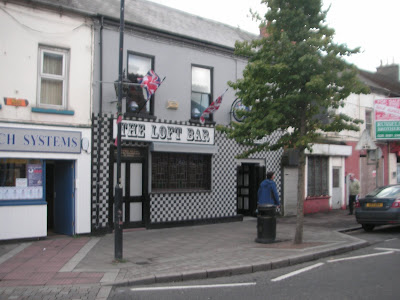 Pubs – The Whiskey Haw, The Wetherspoon’s, The Loft Bar, Roma’s. There’s also a load more ‘local’ pubs than Bangor both in the estates and in the town centre, as well as the social clubs.

Transport you can use – private jets, taxis, buses. There are no trains, trams or anything else really. It used to have a rail route apparently.

Local Football Club – Ards FC (supported by Rick McMurray of Ash), who sadly lost their nice stadium of Castlereagh Park in the early part of this century. I went there quite a few times to support Glentoran. They play in red and blue stripes (like Crystal Palace), my cousin Gary McCullough played for the reserves quite a few times. They are in the second tier of Northern Irish football, now having to ground share with teams such as Carrick Rangers, Cliftonville and Bangor.

12 thoughts on “Return To My Birthtown: Newtownards, County Down, Northern Ireland”