It’s one of the world’s most famous hikes and as fate and spontaneity would have it, I felt I was embarking on something special. The reason being, the four day Inca Trail that I had booked would see me finish at Machu Picchu, on Christmas Day. The perfect Christmas and the most fantastic Christmas present. This is part one of the adventure, not really sure how many “parts” the adventure will use up, but will take each part one at a time in order of how they happened. We will begin in the city of Cuzco… 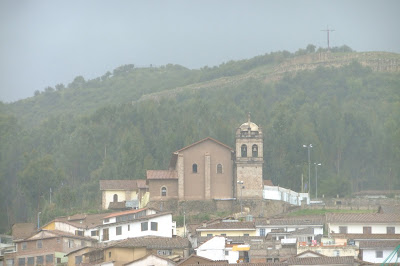 Long before the Inca Trail began though was a 90 minute bus journey through the Sacred Valley to the start of the trek. Anyone who mentions Cuzco (pictured) and Machu Picchu in the same breath is fooling you. They have nothing in common and are miles from each other. All this bullshit about “if you want to see Machu Picchu, stay in Cuzco” is ridiculous, there are at least 6 or 7 closer towns, one of which (Aguas Calientes) is a mere 20 minute bus ride from the entrance to Picchu itself. That said, the way buses and life ran, I ended up staying in Cuzco. 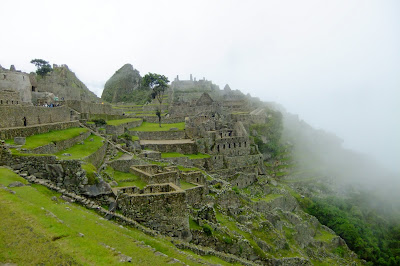 All of this is cheating of course, as if you really want to see Machu Picchu, you should do it properly, the way the Incas did. Follow their trail to this city. One of the greatest cities in the world. Yet a city where NOBODY lives. Looks like Northern Ireland’s Lisburn wasn’t the only city in the world without a hotel after all. 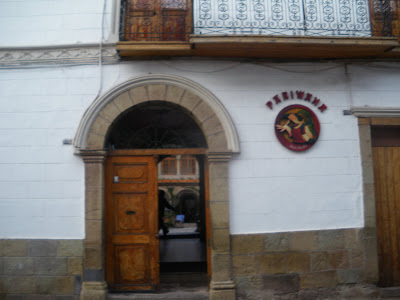 So the story begins in Cuzco. I was staying there at the Pariwana hostel and was informed Fernando on reception that I would be picked up at 6.30 am the next morning to begin the Inca Trail. 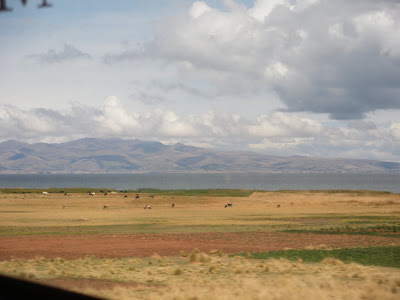 The previous day, a gaze at the wondrous Lake Titicaca, a bus which broke down more times than an 80s Lada, a night time arrival in the suspicious Cuzco and a lack of sleep had resulted in my adrenalin being pumped so far, I’d almost forgotten the point of the exercise. This wasn’t just any other journey in life believe me. 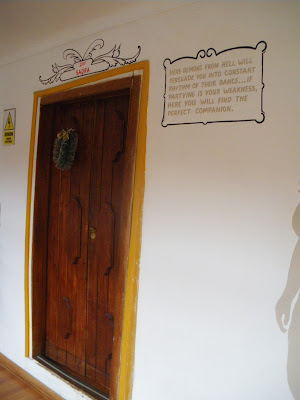 I roomed with an Irish guy called Dave, from somewhere near Dublin. I had told him how time was tight for me on the Inca Trail and I needed food and water. He assured me that the company will stop off at a shop on route. I was reassured by this, even though I wondered where there would be a shop in the middle of the Sacred Valley. He also kindly gave me his 2 litre bottle of water. To a Protestant Ulsterman from a Catholic Irishman. The kind of stuff that makes us human. 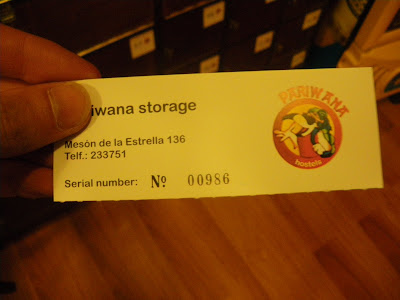 So I got up early, around 5 am, showered and packed my bag for the four day hike. My other bag, I could leave for free at Pariwana hostel on the understanding that I would spend a few nights there on my return. I had actually forgotten to book back in to the hostel as ran out of time, but luckily on my return they had beds. 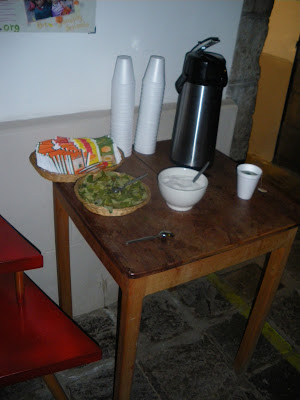 In the hostel I had some free Coca Tea and sat down beside a young Asian lady. It turned out she was from Taiwan, from Taichung where I had been before and she was also booked on the Inca Trail. I had no details, no tickets, nothing to suggest I was even booked on the Inca Trail that day. Life had really moved fast and this trek was a present from my parents, who hadn’t seen me for a long time. So they booked it and paid for it. I turned up in Cuzco, pieced together the details and then the magic began. 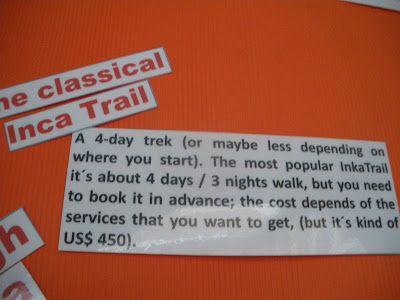 The Taiwanese lady had booked the tour with a different travel company, but was also on my bus. Her name was She or Shay. By 6.35 am, Juan Carlos had come to the hostel, collected us and started walking us towards our bus. Somewhere on route we were joined my “moaning Katie” who was giving off about a sleeping bag or something! These types of people always annoy me when I travel. As a seasoned traveller, I always carry my own sleeping bag – the same one I’ve had for 4 years. Anyone who doesn’t think or plan these things it’s their own tough shit. I got to know Katie a bit better on the trip, but lasting memory of this Australian chick will be of a selfish moaner! 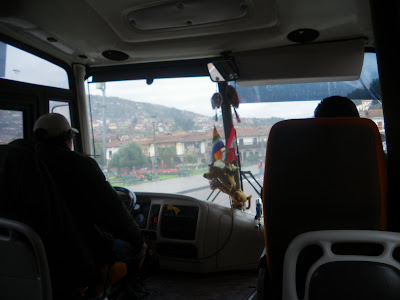 Once Katie had finished moaning, we boarded the bus. Somewhere near the main square in Cuzco. Plaza de Armas. Cuzco gapes down at you and has an instant affectionate effect on you. However its apparent beauty seems to be more for the fact that this city is often the access point to Picchu, than for the actual city itself. Which save for a few buildings and decent hikes nearby, is actually a very bland, boring place, easily compared to somewhere as non-descript as Cheltenham. Oh, sorry Cheltenham. 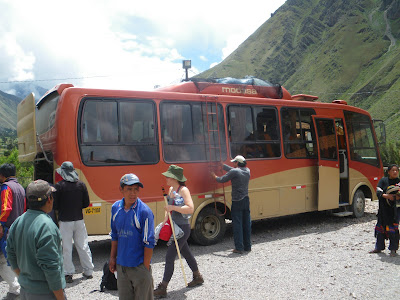 Once boarded the bus, which was full it became obvious that this was our tour group for the next 4 days. I’ll be honest and don’t even remember if everyone on the bus was in our group or not, but everyone in our group was on the bus, so if there were any others, they were simply in another group. The tour company I used was Andean Life. However the Inca Trail group I was in was Cuzco Explorers. You never seem to stick to the group or company from the booking, and most forget even the name of the company you booked through. This is all part of the Inca experience as irrelevant details will have all but faded into your ancient Peruvian clouds by the time your eager feet first step in the lonely village of Q’Orihuayrachina, the name of which will escape 95% of those who have ever been there. 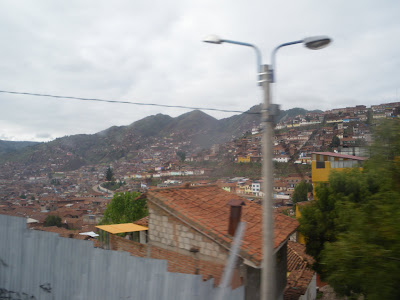 All this leads to a four day trek like no other. The bus took no time in driving us away from the city of Cuzco and on a magical journey. The bus journey itself is enough to fascinate the average passer by. 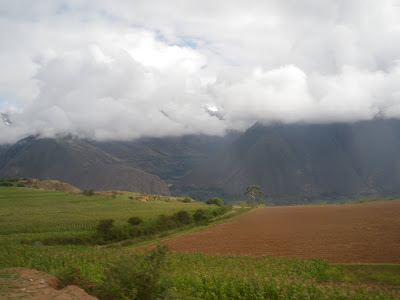 Winding roads to nowhere, passing by many a ravine and into the Sacred Valley itself. 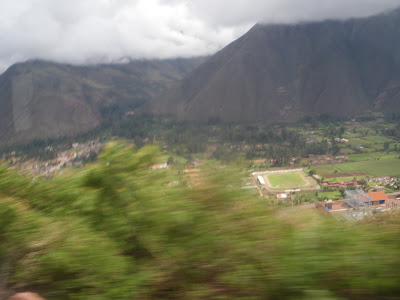 At one point we curve slowly downhill, with Inca Ruins visible. It’s here that I see the settlement below and assume it to be Aguas Calientes. Of course it’s not – it’s Urubamba. In that photo you can see a football stadium in Urubamba, actually the only one I saw on this particular jaunt to Peru. 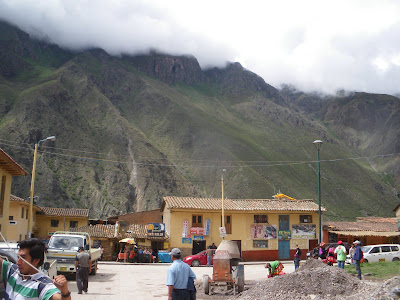 The drive lasted just over 90 minutes, and we pull over in a square. We seem very far from big city buzz and the commercial life. 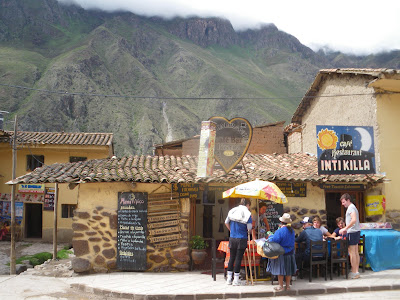 A back to basics existence is evident on arrival in Ollantaytambo, which has Inca Ruins just above the main village square. This is our chance to have a morning snack and drink and buy the final supplies for the Inca Trail. From here there will be another short bus journey through Chilca to Q’Orihuayrachina, where we exit the bus and start the four day hike.
From – Cuzco City
To – Ollantaytambo
By – Bus
Nationalities Met – Peruvian, Taiwanese, Australian, Irish
Key Song – Manic Street Preachers – Valley Boy
WAITING AT THE HOSTEL AT 6.30 AM, CUZCO:
BUS OUT OF CUZCO, START OF INCA TRAIL:
BUS THROUGH URUBAMBA ON ROUTE TO OLLANTAYTAMBO:
AT QORIKANCHA INCA SITE, CUZCO, PERU:
Cusco to Ollantaytambo is just the start of this epic trip!! Check out my other parts of the Inca Trail:
Machu Picchu
Dead Woman’s Pass
The Fake Inca Trail
Don’t Stop Living – a lifestyle of travel!