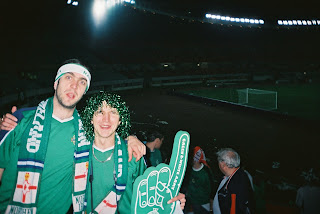 Michael McClelland and I in Vienna Austria in 2005

It was a song by Ultravox in case your music brain has deserted you. Vienna is one of those cities in Europe that everyone knows, its appeared in countless filims and has the privilege of capitaling Austria. I didn’t plan a holiday there or go there by chance. I went there to watch a football match. It was October 2005 and Austria were due to play Northern Ireland (my country) in a World Cup Qualifier. Almost an oxymoron that one, as neither team could actually qualify for the World Cup. What was at stake was third place in the group, nestled behind England and Poland. The winner would take third place and if it was a draw Austria would take third place. 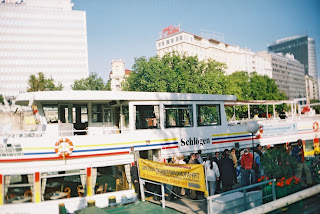 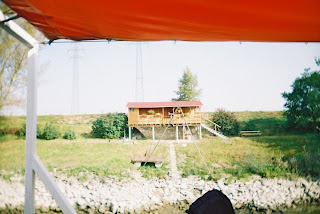 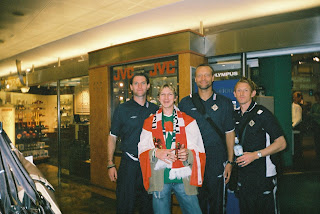 I was there to support Northern Ireland no matter what would happen on the pitch. Northern Ireland took their largest away support outside of the UK since 1986, some 3,000 Ulstermen and women had ventured to Vienna. Taking in various routes on the way. Some coming from Innsbruck, Munich, Prague and Bratislava, just to see the green and white army play for pride in Vienna. 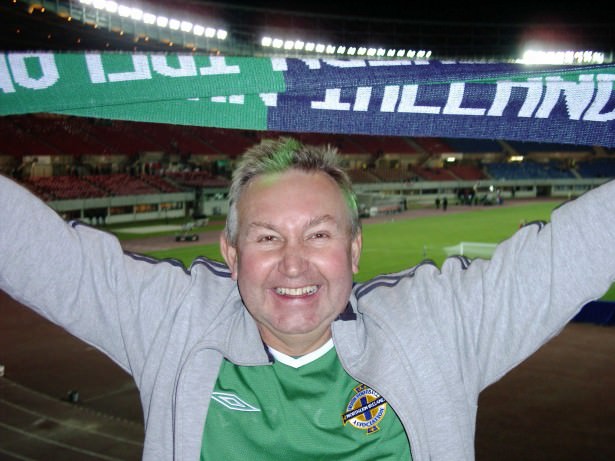 My Dad at the Austria v Northern Ireland match in Vienna, 2005. One of the last big games we went to together. This year – WORLD CUP!

Time was short on the trip, I was in between my summer job just finishing and my university restarting and while still working in the local shop, I had booked a week off, so it was ideal that I should spend two days in Vienna. Definitely not enough to see the sights and enjoy the city, but I was there for the football and as it often does, the culture and the city played second fiddle to enjoying the atmosphere and being a football fan. This time I was there with a mixture of friends and family. My Dad was with me on my flights out of London Heathrow along with his friends Andy, Brian, Jonny, David and Craig. I would then meet up with all my younger mates (harsh, but true) on matchday, which included Tim Beattie and Owen Millar (who would both form the South of England Northern Ireland Supporters Club with me later that year). The scene was set. 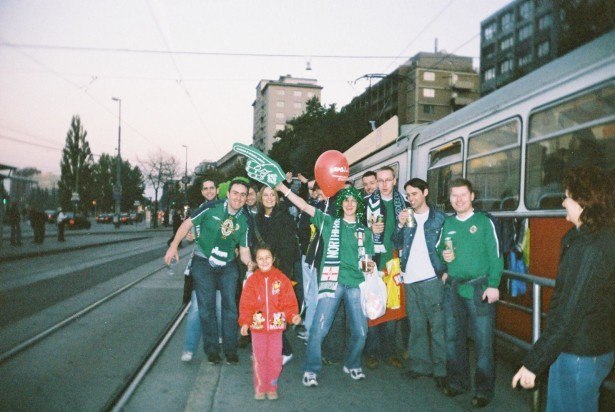 Some food sampled in Viennese and Turkish restaurants came mandatorily with enough beer to keep my thirsty and the singing got going in the city’s packed pubs, of which The George and Dragon was the most popular. We settled in Hotel Am Augarten situated north of the river Danube near Schwedenplatz (or a bridge walk) and nicely located for tram line, nightlife and football alike. On matchday an excellent river cruise of the Danube saw us pass through some excellent scenery, which kind of passed me by at the time as I was hugely anticipating the football match! What I do remember is being in a dam, where we had to wait for the water to lower to the level of the next section. I also enjoyed a beer on the boat and relaxed my eager bones away from prosperity for a poignant moment now and then. Eastern Europe, well this was my second trip is a glimpse of what communism did to ordinary people. With hindsight it wasn’t good, with foresight it was a hell of an idea by the likes of Lenin and Trotsky. Still Austria’s democracy wants to forget such ideas as Communism, Fascism and a certain Adolf Hitler, an Austrian from Braunau Am Inn who was hell bent on Germany being the world. It never happened thank God and I’m thankful of the way we can now visit beautiful Eastern European cities such as Vienna. 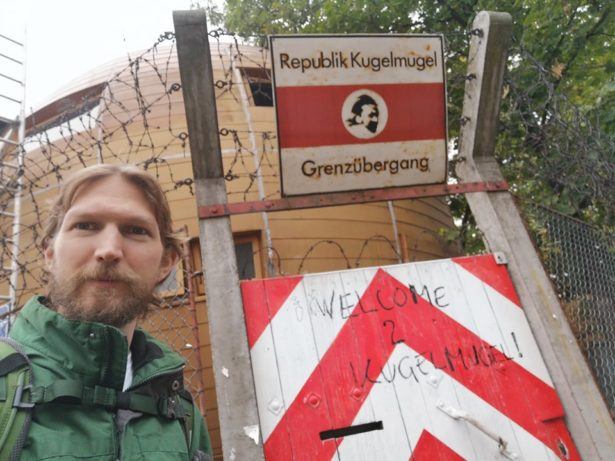 So after a day out and starting on the beers early outside The George and Dragon Pub at Schwedenplatz, we made our way on various public transport to the Ernst Happel Stadion (a massive football stadium a bit further out of town). On my visit to Vienna I used the underground, the trams, the taxis and the airport shuttle. We arrived at the stadium early and got some souvenirs, Austrian hats etc. We got into the stadium early and starting singing very loudly in an empty stadium (“it’s just like being in The Maze” we sang, a reference to the IFA’s idiotic idea of moving the national stadium to the middle of nowhere!) On the pitch however all was not going to plan. David Healy our star man on most occasions missed a few chances which on another day he would have scored. Damien Johnson our battling midfielder got himself sent off and Austria scored just on the stroke of half-time. A second goal followed and we lost 2-0 on the night, deservedly so. The night was young and we made our way to Bermuda Brau bar in Central Vienna where Northern Irish and Austrians fans sang at each other. I had lost a few mates and my Dad’s mates by that stage. Some went to catch trains to Prague, others disappeared into the night. I swapped flegs with an Austrian guy called Karl and soon enough the trip to Vienna was over. Or Goodnight Vienna as they say…

Not before I met David Healy, Steve Jones, James Quinn and Maik Taylor in the airport and got some photos and autographs off them.

It meant nothing to me…

Beers Tried – Zipfer, Kaiser. (We drank them out of ceramic tankards at one point)

Transport Used – Taxi, Limosine (used in Bangor Northern Ireland to get to Belfast City airport, as it was then known), Aeroplane, Underground, Tram, Airport Shuttle.

Where I Stayed – Hotel Am Augarten, Vienna.

Favourite Food – Some kind of sausage thing which resembled a hot dog.

FACT: Vienna has an extensive tram and bus network – the tram network being third largest in the world. In the most populated areas of Vienna, public transport runs so frequently (even during off-peak hours) that any familiarity with departure timetables is virtually unnecessary. The convenience and flexibility of the public transport is in turn reflected by its popularity; 53% of Viennese workers travel to their workplace by public transport. During night hours, public transport is continued by the Nightline buses operating on all the main routes, generally every half hour.

2 thoughts on “It means nothing to me….ooh Vienna!”