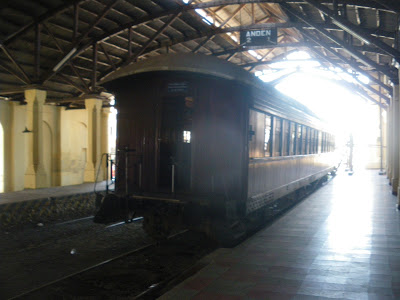 If I had to list my favourite method of travel, it would probably be train travel (just edging being onboard a boat). Not only have I watched many documentaries on train travel, but I have a fascination with railway stations the world over – whether used or not. 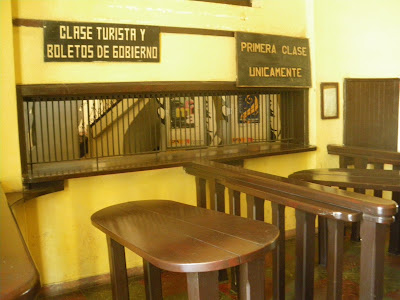 So I found out at some point (whether through hearsay, TV or indeed reading a book) that Asuncion in Paraguay has a former railway station which has been maintained and turned into a museum. It also has the privilege of being South America’s oldest train station (though not longest running of course). Above, the entrance to the train station to buy tickets, has nicely been turned into the ticket office for buying a museum ticket, to add to the experience. 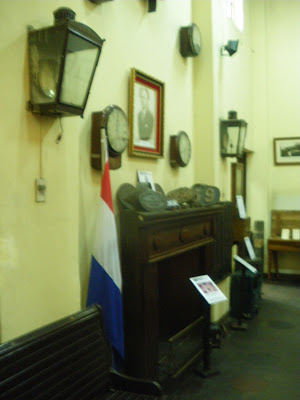 A Paraguay flag in the first room of the museum. 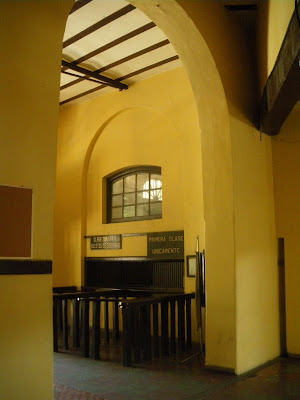 Another view of the ticket booth and queuing section. As you can see it’s not a busy museum. Nor is Asuncion a popular or busy place for tourists. I liked that. Gregory from the USA who was staying at the Black Cat hostel with me accompanied me into the train station. We had the place to ourselves for the most part. 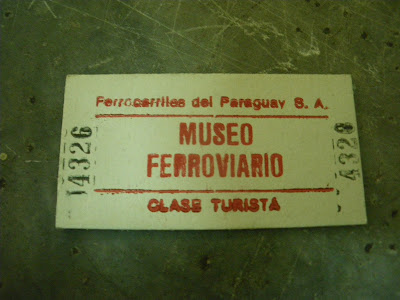 Your ticket to the train museum resembles a vintage Paraguayan train ticket even with the blurred print. Tourist class. Nice wee souvenir. 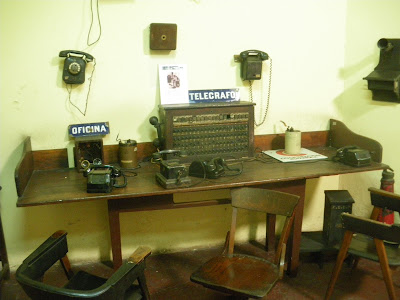 Just after my visit to the Railway Station Museum I went on the internet. Times have changed and caught Paraguay lagging behind. 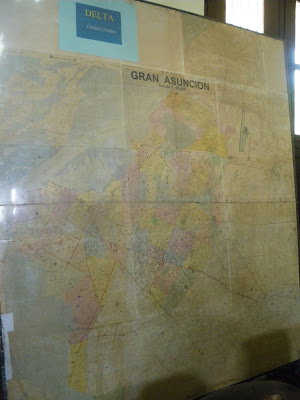 On my bus coming into the Paraguayan capital of Asuncion, I was aware it was a big city and that its surburbs sprawl some distance without countryside interruption, however this map confirms it. Even the central bus station in Asuncion is some 6 kilometres outside the city. 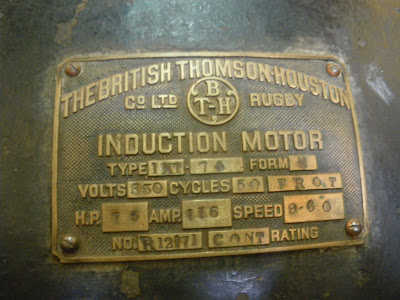 The motors made in Rugby in England. 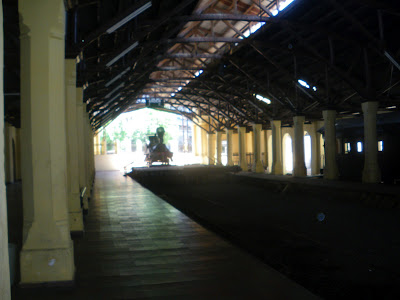 Darkness is perfect, the light having gone out on the Paraguay to Argentina service many moons ago. 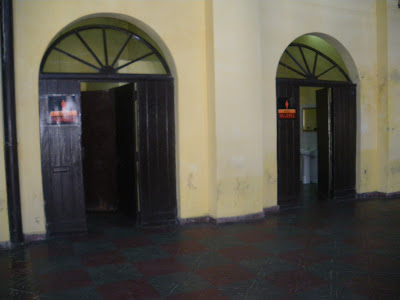 The toilets in the station. Which came in handy as I had an all you can eat lunch and needed a quick bolt! 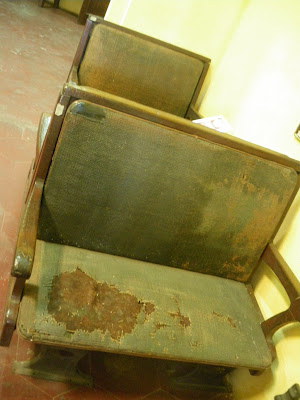 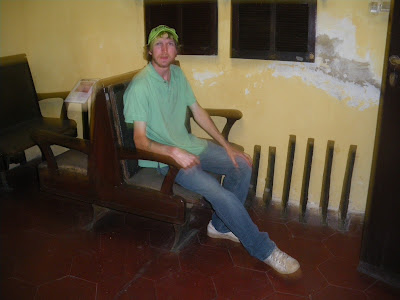 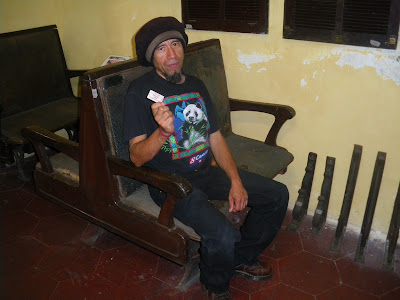 Gregory finds out his actual ticket was 43 years out of date. 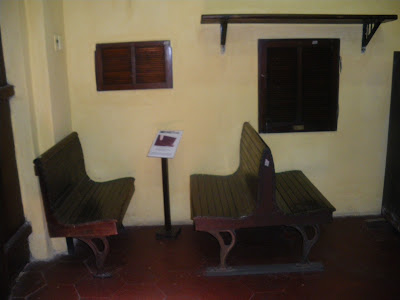 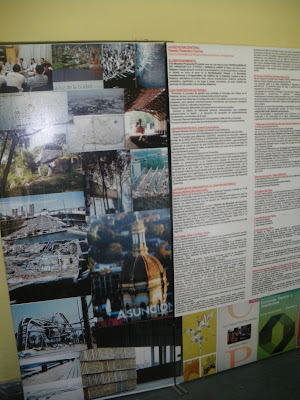 A world of information. 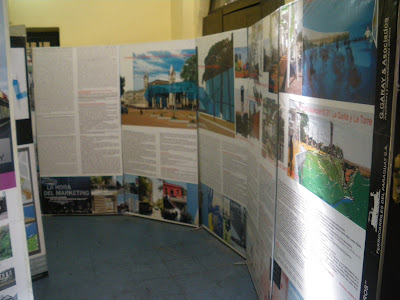 Enough reading. Not just on trains, but on Asuncion and Paraguay. Any avenue for tourism is a good one in Asuncion. 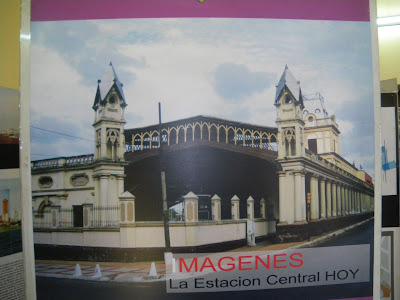 The front of Asuncion Train Station, which by the way I photographed below. It hasn’t changed. 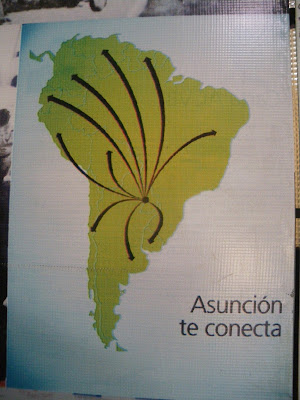 You could at one point get to all these places by train from Asuncion. Gone are those days and welcome to the aeroplane and cheap long distance buses. I still prefer the train idea mind you. 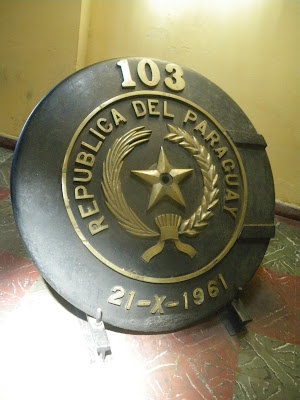 A plaque marking the opening of a new route and the nationalisation of the train system back in 1961. Sadly by 1988 the tracks and trains had become so out of date they had to be closed down. Possibly forever, though a freight line has reopened at Encarnacion. Yet here in Asuncion this museum and the train track itself are the only reminders of train travel in the Paraguayan capital. 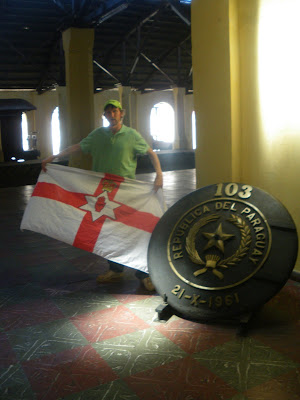 Of course my Northern Ireland flag also made it to Asuncion station, just a bit too late for the direct line to Bangor West… 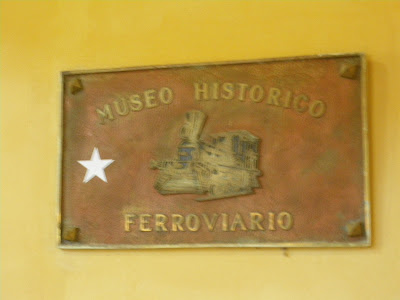 Plaque to tell you its now a museum. 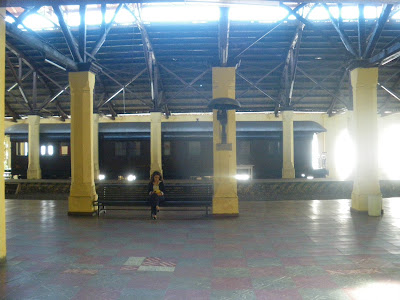 A lonely, pretty local Paraguayan girl sat there as if she was waiting for a train to come. It was a nice moment to capture and we never spoke to her. We guessed she may even have popped in to get out of the hot sun for a few minutes. 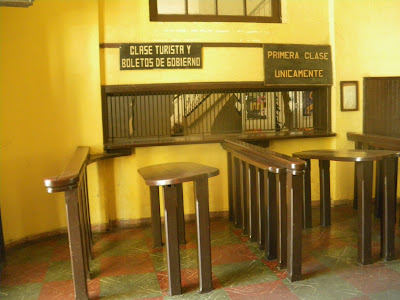 The ticket office once again. Well maintained and painted. 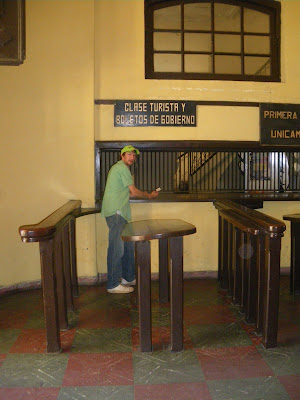 Buying my ticket (for the museum rather than the train…) 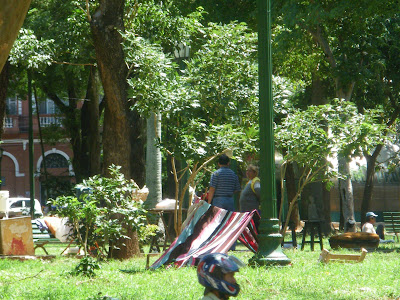 The area around the train station is by Plaza Uruguaya and is very poor. Locals live in tents and materials they make themselves. They hoke in bins for food. A sad indication of the fact that Paraguay is still a poor country. 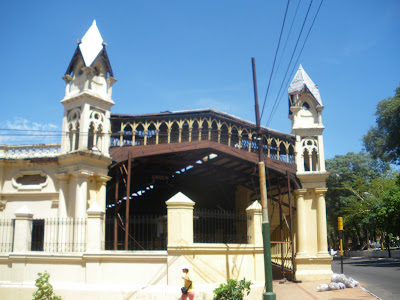 I loved the front of the train station. Looked very well kept despite the fact its no longer used. But here, when you’re travelling in cities like Asuncion, everything seems amazing. This city was certainly one of my favourites in South America. 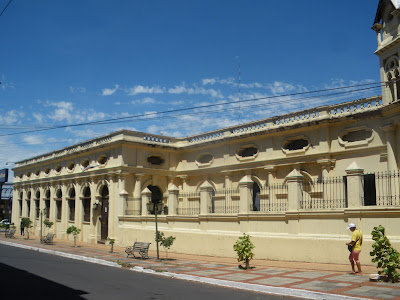 The elegant railway station in Asuncion, Paraguay shines in the afternoon sun. I took this photo from round the side. We didn’t get an onward train. There wasn’t one, of course.
Where – Estacion Central, Asuncion, Paraguay
What Is It? – A train station museum (formerly a train station)
Who Went – Gregory Ortiz, Jonny Blair
Countries I Did Travel On A Train in South America – Argentina, Peru, Venezuela, Brazil (mostly local or underground trains mind you)
Key Song –
WEE BLUE FOLK – LAST TRAIN TO SOMEWHERE:
VERSION 1 – SUZIE WONGS:
VERSION 2 – BOURNEMOUTH:
My Video –
THE VIDEO I MADE INSIDE ESTACION CENTRAL, ASUNCION:
A Video Of Train Travel in Paraguay –
SOMEONE ELSE’S VIDEO OF A PARAGUAYAN TRAIN:
Join 15,017 Monthly Readers! If you enjoyed this article and LOVE travel and SAVING money, get e-mail updates from Don’t Stop Living – a lifestyle of travel! (It’s Free) 😉 Jonny