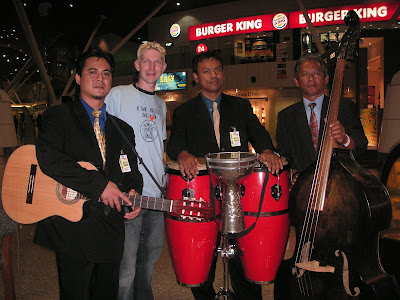 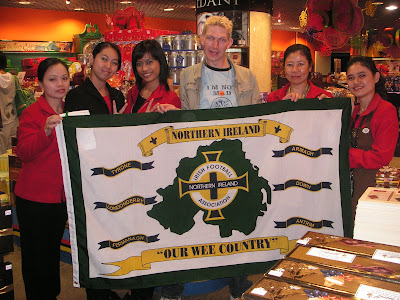 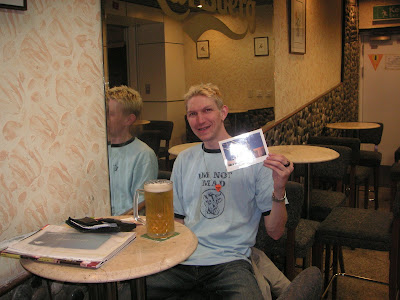 So I got to spend about 6 hours in the country of Malaysia, in Kuala Lumpur Airport, which is voted the best airport in the world. The city is the home of the Petronas Twin Towers! Unfortunately I was actually on a connecting flight from Auckland – Kuala Lumpur – Beijing so couldnt really stop off and actually leave the airport (please note as an update that as of July 2015 I have later visited Kuala Lumpur a further 5 times, 3 times actually staying in the city itself!)
Still I got to meet some lovely Malaysian people, have a few beers, hear some live Malaysian music and even try a Burger King in Malaysia. Wow, such culture for this hungry Ulsterman, or not… I also sent my brother a postcard, which at least proves I’ve been to Malaysia, as do the photos and memories. Friendly people and the highest twin towers in the world made this a possible future trip for me. It’s the shortest time I’ve ever spent in a country. Maybe next time I’ll stay a bit longer!
Beers Tried – Carls (which is presumably re-branding of Carlsberg.
Bars Visited – Cheers, Forrestier Bar.
Transport Used – Escalator, Life, Aeroplane.
Nationalities Met – Malaysian, New Zealanders, English, Chinese.
Currency Used – Malaysian Ringgits.
Where I Stayed – Kuala Lumpur Airport…in Transit.
Price of a Pint of Beer – Around 2 quid, I think 15 Ringits.
Favourite Food – Burger King Whopper (seriously).
Favourite Drink – Tea (the only non-alcoholic drink I had there).
Key Song – The Beatles – Ob La Di Ob La Da (performed by Malaysian trio in above photo)
FACT – The Petronas Twin Towers are the tallest two buildings in the world but only because they’re joined. Work that one out.
Join 15,017 Monthly Readers! If you enjoyed this article and LOVE travel and SAVING money, get e-mail updates from Don’t Stop Living – a lifestyle of travel! (It’s Free) 😉 Jonny