This interview originally appeared on Mighty Goods in 2017, but I have added it here now as Mighty Goods have removed their interviews.

My name is Jonny Blair and I am a long term tourist, backpacker, culture freak and travel writer who now lives, eats, sleeps, works and travels in Poland. I have been travelling on and off for 14 years, around the globe to around 900 towns and cities, touring countless sights and in over 150 countries, some of them crazy unrecognized republics, war zones, exclusion zones and self declared nations. I was born in Newtownards in Northern Ireland in 1980 so I am a pure Northern Irish child having also spent my childhood in Bangor and East Belfast. I am right now in Opole, Poland typing this from a Wi-Fi café.

My favourite hobbies are anything to do with football, visiting remote towns, villages, crazy countries and backpacking around the world. I love writing, meeting friends from multiple countries. I am friendly, honest and often indulge in crazy activities and anything a little bit off the wall. I don’t like boring. I love football.

How and why did you become a nomad?

It wasn’t a conscious decision, I just became one over time. Anyone that says, “I want to be a nomad” — I often don’t trust them — it’s a progression. I left Northern Ireland in 2003 to live in Bournemouth in England and from the people I met there working in the summers in hotels and ice cream stalls that I set about visiting their countries and seeing the world. My first real influences were my Polish friends, my Northern Irish football friends and the mates I made working and studying in sunny, sunny Bournemouth. Many of them are fans of the AFC Bournemouth football team, many also fans of the Northern Ireland football team. Before I moved to Bournemouth, I worked behind the local meat and salad counter in a shop in Ballyholme. It was a fun job with great people but my life was mundane, stale and needed adventure. Bournemouth opened me up to a bigger and crazier world and I never looked back into that Dorset sunset.

Why is having a nomadic life important for you?

It is not really that important to me, it just happened. I just want to be happy and healthy that is all. It changed me as I lost my faith in humans, my trust in people and I started to doubt my own sincerity and integrity when I met nasty people on the road. Most of the journey was sheer bliss and incredible memories but those sour moments seem to put a scar or blemish to overshadow the good times. To see the world is still important to me, because I believe we only really live once on planet earth and should see as much of it as we can.

What have been the best and most difficult parts of being a nomad?

Visiting over 150 countries, having experiences that are mind blowing and will last forever and making real and honest friends.

Simply the most difficult part has been depression and meeting liars, or as I call them, “fake friends”. In the last year I have been lied to by so called close “friends”, I have been disrespected by locals in their towns. It has been really tough. One of them offered me a tour, which never came, photos I never got, travel tips that were deliberately sent too late to humiliate me and just pure lies were told to me. I was also stalked by a wannabe “GuruGod” who fancied themselves as a doctor and a solver of mental health without even knowing my condition, my friends, the lies I was told. It was horrible. It is never lonely though, I have over 2,000 tourist friends – however I have now learnt I cannot trust them all. Be careful – there are liars out there and they may be the people you originally trusted the most.

I don’t have any issues with cultural barriers. Perhaps food, religion and how to behave can affect my visits to places like China, Afghanistan, etc. but generally I am too excited by the adventure so that cultural barriers never really affect me.

I didn’t deal well with these problems. I quit travelling in 2016 and also left my blog alone for a while as I had depression. I still have it daily, but writing and talking to my Mum and Dad helped me. Nothing else really.

Where do you usually work and how do you finance your nomadic life?

I will work anywhere and everywhere. I have no limits. I have been a broccoli farmer, a PR rep, an Irish barman, an English Business teacher, a marketer, a banker, a researcher, a travel writer.

These days I write about Poland, I help businesses enhance their English, I learn Polish and I plan travel itineraries, apps and promote goodwill and peace in Poland and abroad.

Biggest expenses are flights, football and alcohol. I don’t have set budgets each month – that kind of negativity is for lunatics! I take each second by second, minute by minute, hour by hour. We could all die today!

Where do you live as a nomad?

I will live anywhere. I don’t set limits. My lifestyle website of Don’t Stop Living means anything and everything goes. I can live in a posh flat, a dingy tent, a 5star hotel, a rusty shed, a canal boat, an airport floor, etc. Most of the time I was in dorm rooms in backpacker hostels but generally anywhere is cool. None of it is more difficult as a nomad – it’s easier, as you have no rent contracts, no permanent bills, no “local shop” etc. Nomadic life is easy, settling has been the bigger challenge. 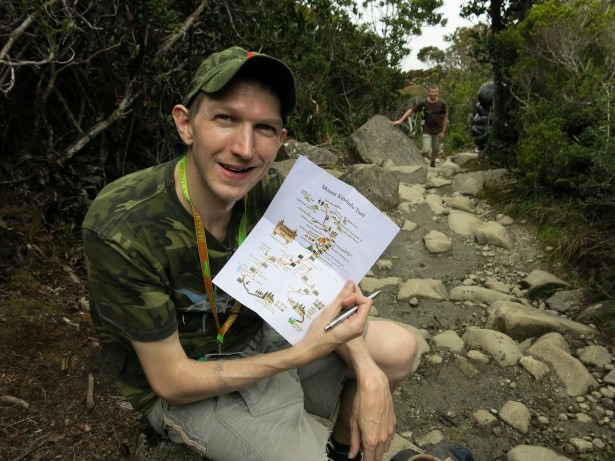 How do you build a social life as a nomad?

It’s easy. I meet people in hostel dorms, at football matches, in bars, in cafes, on buses. Again, I set no limits. I can meet people anywhere and I always trusted them too much to be my friend. Now I am much more skeptical about new friends due to the liars I met. One day I pray those who lied and disrespected me will realize their faults, write me a message to apologize and in world peace, maybe even we could have a coffee together. Stranger things have happened.

My recommendations are only to meet as many people as you can – anywhere and everywhere and be careful who you trust.

What kind of gear do you bring with you?

I have a huge Osprey Aether 70 Backpack, which I love. It’s grey and blue. Enough room, it’s a perfect backpack of course I’d recommend it! Before that I had a black one. I used to have a tent in Australia and New Zealand but not anymore. I sometimes carry a sleeping bag. Other than that the essentials are clothes, toiletries, insect spray, sun cream, torch, toilet paper, etc. – all the backpacking norms! To get my work done, I now have a Hewlett Packard 14 inch Intel Pentium 4GB 128GB SSD Laptop in Gold and a Samsung S5 – SM a520F. I used to use Fujitsu and hate the Apple brand. They lied to me like many big commercial companies.

What has been your best gear purchase below $100?

Below $100 would be my mouse or my charger. I can’t use those box keypads things at all and I hate not being able to take a photo because my battery died. The mouse was also Hewlett Packard. No idea on the chargers!

What is your best advice for new nomads?

Avoid places like Rome, Paris, Thailand, etc. They over hyped, over backpacked and bore the living daylights out of me. If I see a “How to visit Thailand on a backpacking budget” or “Best 5 ways to save money in Rome” article, I always stop following those people. Head to unrecognized countries, crazy places and get out into the world on your own without following the so called, “cool crowd”. Be your own cool crowd.

Most importantly – be yourself!

What will the future bring?

I have planned to visit all 20 Polish provinces by the end of 2017, and I have just two left. On top of that, I made a target to visit 200 countries by the time I am 40, which gives me just over 3 years. Places high on my list would be Cameroon, Saudi Arabia, Benin, Angola, Lebanon, Bhutan and the Pacific Islands. It won’t be cheap but worth it. I don’t need any more gear at present. Well, maybe the new Glentoran, Bournemouth and Northern Ireland football shirts would be nice. But the party and journey goes on. Come join me in country 200!

Here at our site MightyGoods, we have checked thousands of reviews in order to build the biggest directory of backpacks, luggage, handbags and lots of other bags.

So far we have checked more than 2.3 million reviews!

Using our bag review summaries, we aim to help you find the perfect bag without having to spend a lot of time reading an endless list of reviews.

Published in the categories interview, nomadic life on 2017-08-14
Join 15,017 Monthly Readers! If you enjoyed this article and LOVE travel and SAVING money, get e-mail updates from Don’t Stop Living – a lifestyle of travel! (It’s Free) 😉 Jonny