If you follow my stories on here, you’ll know I come from Northern Ireland. Yes we have a big rivalry, especially in football terms with the Republic of Ireland, but yet I have a lot of fond memories of my visits “down south” (as we call it in Northern Ireland). 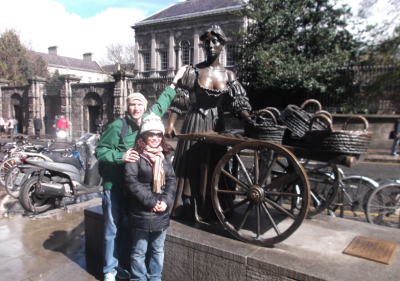 This week I spotted a cool online quiz on an Irish blog which is open to Republic of Ireland residents only. I’ve been having a look at other Irish blogs recently and as you might know I run a best Northern Irish travel blogs list every year. As I ponder on touring more of Ireland on my next trip that way, while I can remember I thought I’d jot down my top 5 Memories from Touring the Republic of Ireland. Guinness, may well be involved 😉 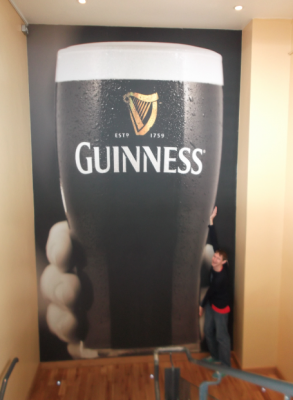 Backpacking in the Republic of Ireland?? Must be Guinness time!

1. Muff, Donegal
Let’s be honest the only reason I went to Muff was to fill my car up with petrol. A wee clever trick back in the day was that petrol prices across the border are cheaper, and even allowing for the short trip from Londonderry over to the petrol station at Muff, just across the border you will save money. Oh and the chance to get a “comedy photo” by the Muff sign. 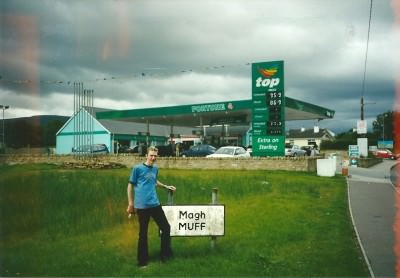 Chilling out in Muff, Donegal

2. Cork City, Cork
Cork will live long in my memory. The weird thing is I was there in 1996 for an Oasis concert, when the rock band were at their peak, yet I haven’t been back since. It was a memorable never to be forgotten night! 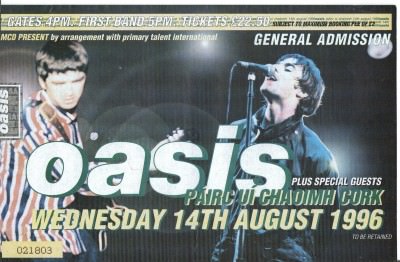 3. Leaving Rosslare Harbour
This is a really sentimental one for me – when I left Rosslare harbour by ferry in 2003 I had NO IDEA what lay ahead. I moved to Bournemouth in England initially, getting the ferry to Wales and driving to the south coast of England. Some 11 years later on, and I still have never returned to the island of Ireland as a resident. This trip started me on this crazy journey! 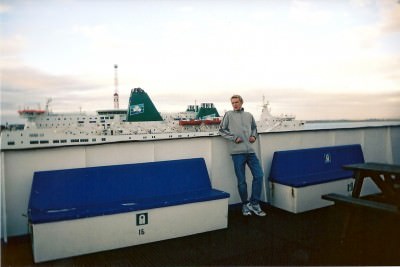 Leaving Rosslare in Ireland for Wales in 2003. I never returned to the island as a resident.

4. Nights out in Dublin
Me and my mates spent manys a night out on the rip down in Dublin’s Fair City. Plenty of decent bars and clubs about, but yet I still love the Temple Bar area, which is the “touristy drinking quarter”. It’s till has an authentic Irish vibe in my opinion. 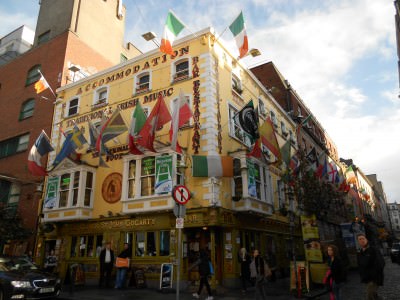 Flags in a pub in Temple Bar 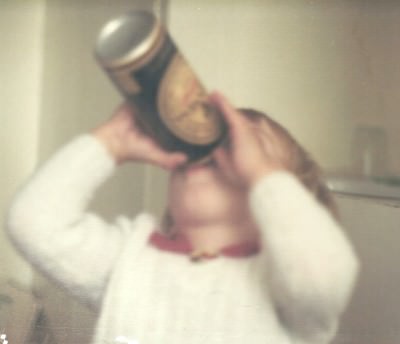 Just another night out in Dublin from my childhood, necking a Guinness.

5. Touring Dublin with my Girlfriend, Mum and Dad
My latest trip to the Republic of Ireland was in 2012 when I took my girlfriend Panny there for the first time, with my parents. It was time to rediscover Dublin. After crossing the border from Northern Ireland, we arrived in Connolly Station. 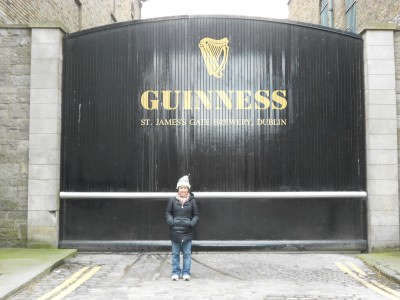 Panny at the Guinness Brewery in Dublin, Republic of Ireland.

We ticked off all the usual sights – The Liffey, Molly Malone Statue, O’Connell Street, Temple Bar, Dublin Castle etc. But the highlight is somehow always the Gravity Bar – having a pint of Guinness overlooking the city! What a view! 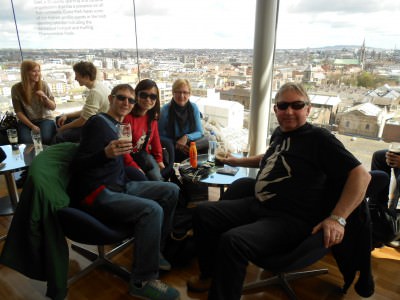 Enjoying a Guinness with Mum, Dad and Panny.

Plus my girlfriend Panny, poured her first ever pint of Guinness in the Genius Bar! 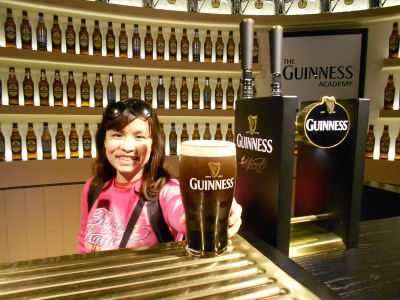 So while I focus on heading to Brazil for the World Cup, I’m still thinking I’d love a trip back to my homeland later this year. However my parents found some cool last minute holidays from Ireland and amazingly are heading travelling again soon and will be joining me in Brazil!! I can’t wait to see them again, but it felt like a good time to do a wee Irish top 5 for you.

Here’s what a Guinness in the Gravity Bar looks like: