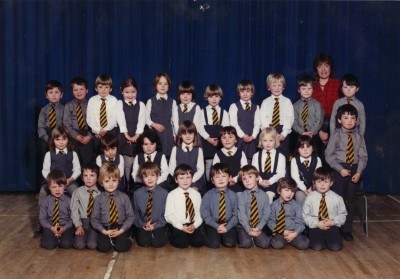 Childhood reminiscences are something which happened recently whilst back in Northern Ireland and sifting through old photos from P1 as we call it, or Primary One. I attended the wonderful Kilmaine Primary School in the Bangor area of Northern Ireland. The school was very small and compact in size, but actually had its own football pitch, and two playgrounds. I started off in 1983 – 1984 attending nursery school at “Auntie Lillie’s” which was the lady who lived across the road, that’s right, a 10 second walk. Then by September 1984 my parents had me enrolled into P1 Thompson at Kilmaine Primary. My teacher would be Miss Preston, who very soon married and became Mrs. Thompson. The school at the time was the largest in the UK in terms of pupils at any state primary school, the figure was around 1,100. That was a Northern Ireland baby boom. As is probably expected, I sadly don’t keep in touch properly with anyone from that particular primary school class, some 24 years later that is no big surprise. But recently I added the old photos to my own Facebook page, as well as the Facebook “group” for ex- Kilmaine Primary School pupils. Suddenly a few of those on my photo got in touch and “tagged” themselves and others, which was great all these years on. I have now added them in as friends on Facebook. But what were my memories of P1 Thompson back in 1984? 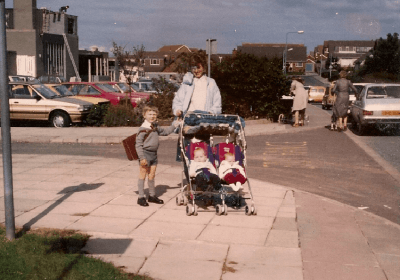 My First Day at Kilmaine Primary School in 1984

First of all I cried on my first day of school – ask my Mum, I think it was the fear of not being with either of my parents for once (I had been fine at nursery school though!) and the thought of meeting all those new boys and girls. In the class photo on here is Peter McIvor (who I later nicknamed “Magoo”). Peter somehow stayed in my class right up until my departure from secondary school in 1997, except for a 3 year gap (1991 – 1994). Of the others I saw Mark McCullough and Graham Irwin back in the late 1990s (Graham went to the REM concert in 1999 and was on my bus to it). The most recent person from my primary school class who I actually saw in the flesh was Coleen Matovu (formerly Morrison), a few years back on a chance encounter in a Bangor taxi rank. Apart from that, these people and these names are just faces in that photo. I remember them very well, but I lost touch. 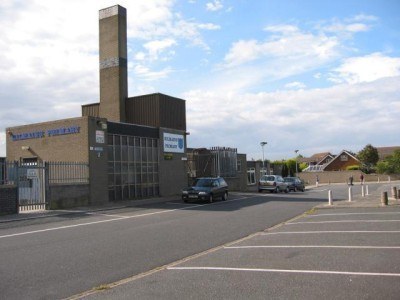 Kilmaine Primary School in the 1980s

My first memories of school were reading books about Kings and Queens and we used to read every book in the series. We also had days dedicated to colours, so we would all bring in a green item for example and put it on the green table. Plus we had abacuses to do our maths. There were no calculators or computers back in 1984. Even George Orwell couldn’t have predicted stuff like that. I also remember we only had a short tea break at around 11 am and school always finished about 1.30 pm. I’m sure it started at 9 am and we had our “lines” in the playground, where in cold Northern Irish winter we were meant to line up when the bell sounded. 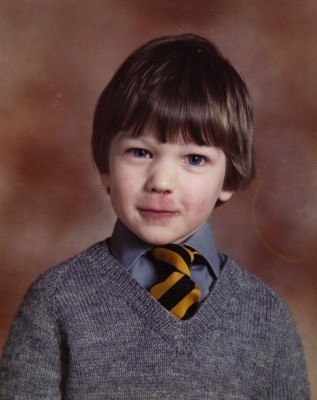 Away from school I played with Claire McKee, who my mum minded, she was also in my year at Kilmaine but in a different class (probably that of the famous Zoe Salmon). 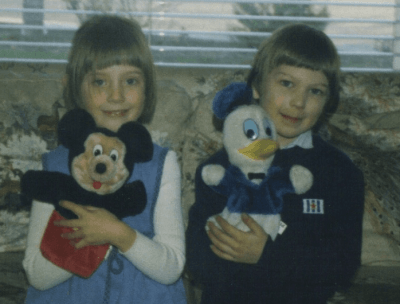 I lived in the joyous Marlo Drive area, which was a 5 minute walk from school, though in P1 I think my Mum walked me up to the top of the hill. Dad was always at work, and my brother Marko and sister Cathy were only babies. I have some more photos locked away somewhere so I can relive the memory again, but for now this is the gist of what I remember, here’s some facts:

Sport – Northern Ireland were good. We beat Romania, Turkey and Finland at home, and later in 1985 would beat Romania away and draw in England to secure World Cup 1986 qualification.

Who won the FA Cup? – Everton bate Watford in the final

Who won the Irish Cup? – Ballymena bate Carrick Rangers in the final

Who won the Irish League? – Linfield

IF ANY OF MY MISS PRESTON/MRS. THOMPSON CLASSMATES ARE OUT THERE, PLEASE GET IN TOUCH AND LET ME KNOW HOW YOU ALL ARE!! POST ON HERE, SHARE YOUR THOUGHTS AND PHOTOS OR DROP ME A LINE ON EMAIL – [email protected] I’D LOVE TO HEAR FROM YE!