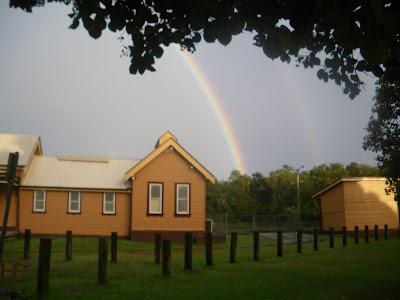 After a night of madness and the progression of England into the World Cup Second Round at the expense of Slovenia, I enjoyed a nice sleep in a car park in the hippy magic of Byron Bay. You can read further about my night at Cheeky Monkeys bar in Byron Bay, here: Cheeky Monkeys 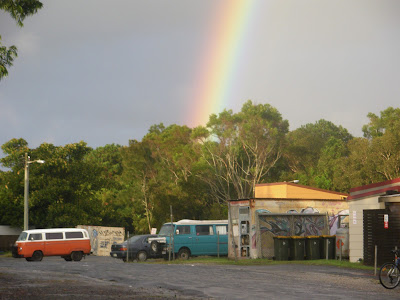 Apparently you’re not legally allowed to sleep in your car there either, but nobody stopped me and the car park had another few cars and vans in it. 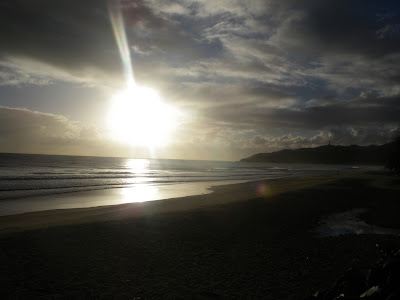 I awoke, enjoyed the sunrise at the main beach at Byron Bay. 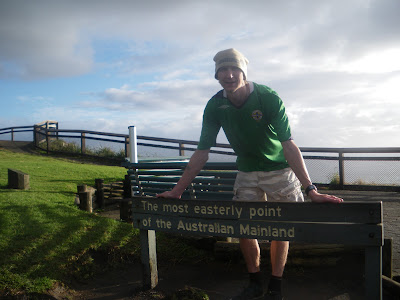 Then I drove round to Cape Byron. I made the short walk to stand at the most easterly point of the Australian mainland. 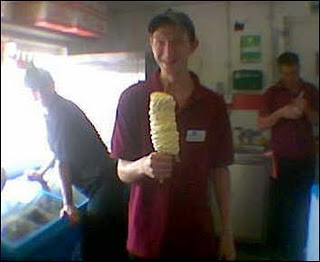 It was still early and later that day I had arranged to meet up with George Sutton who I worked with in 2009 during my fourth season working at Best Break. Best Break is a seafront food and drinks unit by Bournemouth beach in the South of England. Since I started working there in 2004, I have met people of 28 different nationalities just from that one job… 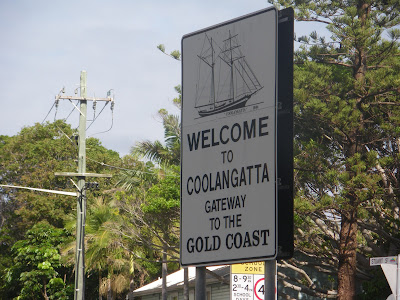 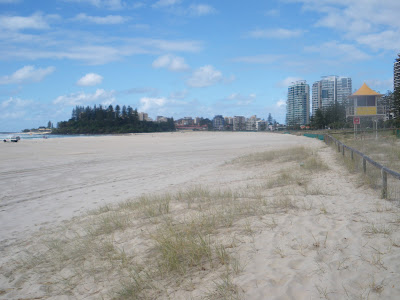 I texted George who was working and arranged to meet him at his flat later that afternoon. IN the meantime I had time to have breakfast at Tweed Heads (the last town in New South Wales before crossing the border into Queensland) and do a day of sightseeing round the sunshine seaside resort of “Coolie”, there I was in Coolangatta. It was hot and a beautiful typical Australian beach side town.

RELAXING WITH A FRUIT SMOOTHIE AT COOLANGATTA: