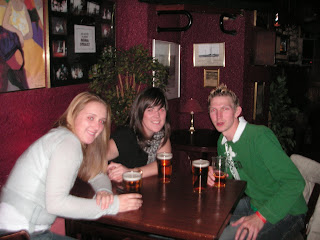 Backpacking in Iceland: Stranger in Keflavik… 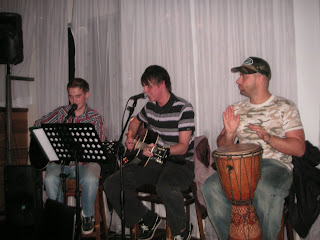 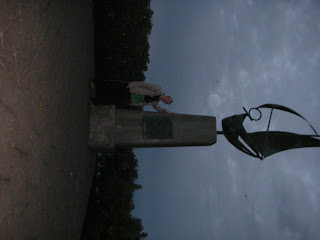 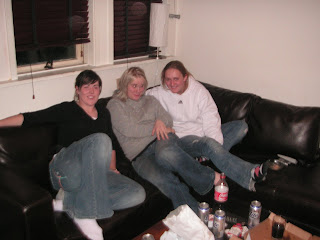 The main airport in Iceland is at Keflavik. Thats where I arrived into Iceland the day before Northern Ireland’s European Qualifier with Iceland in September 2007. I had stayed two nights in the Aurora Guesthouse in central Reykjavik, near the large church. Then by chance I met up with a young lady called Una whom I had met in Belarus. Una was working, living and playing football for Keflik Ladies team and when I mentioned I was planning on spending the whole night at the airport, she invited me to stay at her nice flat in Keflavik. As it happened, her flat was less than a 10 minute drive from the airport, so I would also be sorted for my flight back (or so I’d have thought…).

I arrived in murky, dreamy Keflavik just after 6 pm one night, having asked the kind driver of our ‘Golden Circle’ tour to drop me off to meet a friend. I then went to the football stadium and the local leisure centre for a drink to wait for Una and her friend. Una turned up with her housemate Beth in a van from work! They had also just played a ladies match at Fylkir and lost 3-0. In kind Irish spirit, Una kindly provided me with dinner and beer. It was Thule or Gull if I remember correctly. Then we went out to Paddy’s Bar, though as there was a charge to get in, we decided to go to ‘Rain’ instead. Rain was a quiet wee pub and I enjoyed a drink with the two ladies and also watched on TV the ladies football, very popular over there. After a few more beers (these ladies can drink!), we headed to ‘Yello’, what appeared to be the only nightclub in town! My balls were freezing, I guess that’s why its Iceland. We then had more beer and some Southern Comfort shots. I then watched a cool Icelandic band belt out some tunes on bongos and guitars including Oasis – Don’t Look Back In Anger. The lead singer also allowed me onto the microphone to sing “We’re not Brazil, we’re Northern Ireland” which was great craic! It was now gone 3 or 4 am. In Iceland this is when people party best! It’s a crazy place and it was mad being the only ‘tourist’ in Keflavik (as Una and Beth lived there). We drank long into the night and I had a flight to catch at 7 am. However I went to sleep at 5.30 am and didn’t manage to waken up in time!! Doh! So for the first time on my world tour, and ironically on the last flight I had booked, I ended up missing it! It is the only time I have ever missed a flight (In 2002 I was once banned from a flight though). Still it gave me a full day in Keflavik, though I spent the day relaxing and packing and then went to watch 3 filims at a lady called Mata’s house. Mata was a lovely Icelandic girl, who worked with Una and Beth. We had some beer and pizza, watched three filims and my mate Tim booked me on a flight the next day via the internet (I had no internet and he was staying in a hotel in Reykjavik at the time). Finally my world tour was coming to an end in the freezing conditions of Keflavik.

I had a great few days there, aside from the drunken-ness and missing my flight and have promised to buy Una some beer back, I owe her beer and pizza. To these beautiful people I meet in life, I am forever in awe and bow down to other people’s kindness, desire and passion.

“Your dreams are alcohol inspired, you cannot find another way to face it.”

Where I Stayed – A nice flat in Mavabraut, Keflavik. Thanks to my friend Una.

Average Price of a Pint of Beer – 400 Icelandic Kroner (about 4 Quid). Though I didnt pay for most of them.

Favourite drink – It was the cold beer.

Moving Moment – The Icelandic band singing “Who the fuck are Northern Ireland?” at me. Brilliant!

FACT – In Iceland everyone uses card to pay for everything. If you use money and coins in bars and shops, people think you’re foreign!

1 thought on “Backpacking in Iceland: Stranger in Keflavik…”