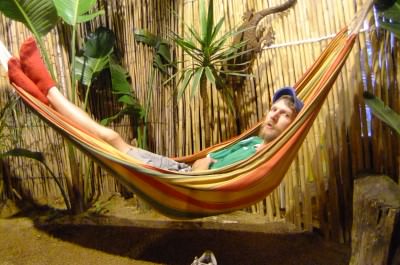 If there’s something I can’t stand in another individual it’s constant laziness. I hate it. It bugs me. Why be so lazy? I’ve worked with a load of lazy people down the years and lived with a few lazy people. It grills me. I’m a firm believer of these ideals:

– You get out of life what you put in. (lazy people get fuck all back)

– What goes around comes around. (lazy people get what they deserve) 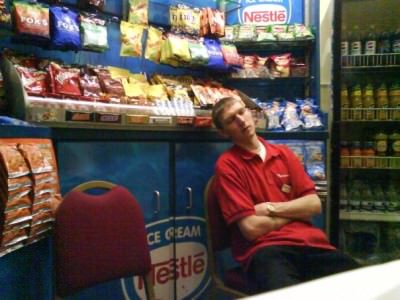 Sunday’s Inspiration – once you’ve done all the work, then you can be lazy!

If you’re a lazy person, you’ll lose respect. I remember working with a lazy Nigerian guy in 2006 in a cheeseburger stand. His name was Jeff. He’d basically stand around all day doing nothing, while myself and a few others did the work. He was a twat. He was a lazy bastard. As I head to Iran next, I thought of this guy’s laziness again when reminiscing.

It was my two Iranian workmates, Mohammed and Arsalan at the time that told this guy “waken up Jeff, do some f**kin work”. They beat me to it. This guy, Jeff didn’t last long in that job, nor hopefully in any others. 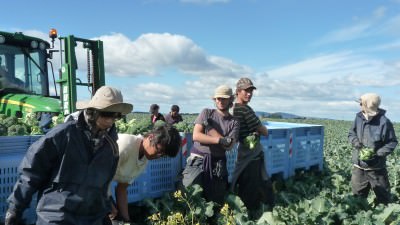 Working hard on a broccoli farm in Cressy, Tasmania in 2010.

People sometimes ask me why I’m constantly working and trying to look for jobs and new revenues. It’s because I’m hungry, I’m eager and I’m restless. I don’t want to be lazy.

Nobody likes a lazy person. You need to earn respect by working hard. Once you’ve done that, you can be lazy. You’ll have earned it. But wasn’t it Fidel Castro that said “You don’t just sit in a rocking chair once you’ve built a revolution”.

As I sip a beer doing absolutely nothing today, safe in the knowledge I’ve written a load of posts and worked hard this year for a number of companies, I try not to sound a hypocrite. What does “pot kettle black” mean anyway?

I get a load of e-mails and messages every week from people wanting to travel more but asking how on earth I can do it. I always try and tell them three things.

Get that hat trick right and you’ll go a long way. Take heed my friends – if you want to travel the world, don’t be lazy!

Over to Brett Anderson and Suede.