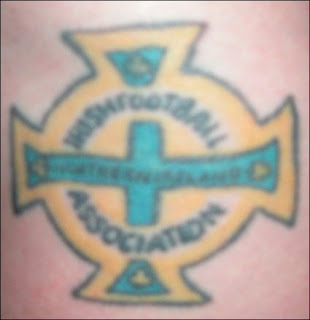 I currently have four tattoos. When I was young I never thought I would get any tattoos, but yet life is a one off, its a short and cherished time we have here, and I value my health and everything I have so decorating my skin with a few of the things that represent me seemed like an idea. I had always wanted a Northern Ireland football badge tattoo when in my teens, and finally for the cost of about £35 (in Spanish pesetas) I got the football badge tattooed onto my right thigh, in the same size that it appeared on the kit. That was done on holiday in Spain when I was there with a few friends, back in August 2001. The tattooist was a guy called Alan and I got the tattoo done in a tattoo parlour in Magaluf on the holiday island of Majorca. My reasons for getting it put on my right thigh were that I thought it was out of the way from the eye, and quite a private thing. I have since thought I should have got that tattoo on my arm, for people to see, because supporting my country’s football team is and always has been a very important part of my life. It was a hot hot sunny day and I listened to “Picture This” by Wet Wet Wet as I got the tattoo, which didn’t actually hurt me. I think that was because I run on adrenalin and I was all caught up in the moment. I don’t remember any pain, and in fact within an hour was drinking Spanish lager and chatting up girls from the balcony of our holiday flat. I took good care of the tattoo, and treasure it. I only show it to certain people, as I have to pull my trousers or pants down to show it, so if you’ve seen it, you can call yourself a good friend, or randomly a lady who I happened to be naked with. 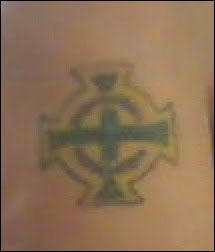 So that was 2001, but then come 2003 I decided I had my country and my football represented, I then wanted my name and my star sign/birth sign tattooed. I lived with my parents back then, and didn’t fork out as much money for rent and the like, so I could afford a few luxuries. One day I was in Belfast with my mate Gavin Moore, and we walked up to “Ink Castle” near Peters hill and I liked the idea of getting my first name in a scroll, so I did it. My name has often caused confusion, as its not an obvious name, and people do call me JOHN or JOHNOTHAN on occassion, which bugs me, so at least I have my first name JONNY tattooed onto my right arm to set the record straight. I also don’t understand the way so many English people (yes, you lot of self pride and proud Englishness…) get their name tattooed in Chinese or Hindu or something. I mean, come on, if you’re proud of your English language for God’s sake get your tattoo in your own language. I used to live with a guy called Steve who once got his name tattooed in a foreign language. Weird…Still at least I have mine in my native language, even if the tattoo is a bit silly, its still me. Meet me, ignore the fact I’m sometimes a bit silly, and you never know you might just like me… 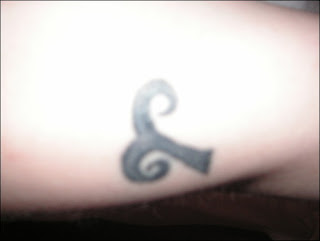 Then on a March 2003 day in Dublin’s fair city, I was with my mate Darren Latimer and I decided to pay 30 Euros (in Republic of Irish money) for a very small black tattoo of my “Aries” star sign on my right upper arm. I called into a random tattoo parlour and they had no time or slot for me to get it done, but I was adamant I wanted it, so they said come back in a hour, and after a walk round the town, I was in and out in about 10 minutes getting a small “Aries” star sign tattoo. I’m not a big believer in the whole star sign idea, but yet it is my birth sign, it is representing the time when I was born, and I seem to have a lot in common with every Aries person I’ve ever met. Even my younger brother Daniel, is Aries. So that was my third tattoo. Then in 2005, having lived in Bournemouth for 2 years and become very settled here, and sharing a love for the local football team, AFC Bournemouth, The Cherries, I decided it was a big part of my life and so I got a tattoo to represent my time spent in Bournemouth. Four years later I’m still in Bournemouth, but hopefully will go travelling again, or move somewhere new, as fate and life takes me somewhere else. 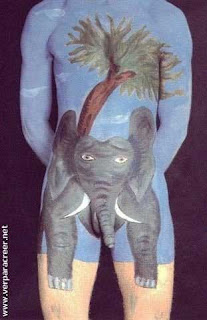 There’s a tattoo of an elephant, where the man’s penis/willy is used as the trunk. I have no idea if that is real or not, but if you google a tattoo of a dragon on a man’s willy you can see it on there. I have a friend called Sam and she has some tattoos in and around her breasts, so as long as the person wants and enjoys the tattoo, anywhere and anything is fine, I guess. So to sum up, I have 4 tattoos, each representing a different part of my life, and each were inked in different countries. A tattoo is just a release, and a bit of honesty from that person, I can’t hide them, that’s me. Right now, I’m not planning any more tattoos, but you never know, I still have my dream to get married to a very lovely lady, and have some children, and maybe then I’ll want to represent that on me, and who knows what love does, it could change my life…

GO GET YOUR TATTOO if you can afford and “Don’t be scared, your destiny will keep your warm.” 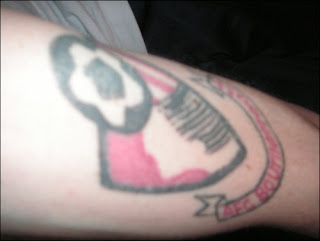 Where and what are they?

The first one wasn’t, the other three were quite sore, I’ve got rather slim, sensitive thin, but if you want smething, you’ll put up with the pain. There’s also something really nice about having a shower and washing your tattoo.

Would I get any more tattoos? – You never know

What would I get next time? – Wife and children. I’m looking for that lady on every corner, of every street…

GETTING A TATTOO and MAINTENANCE TIPS: