When you’re touring India, if you drive 135 kilometres (or 84 miles) west of the Rajasthani capital of Jaipur, you’ll arrive at a mountain-ringed oasis known as Ajmer. Not only it is a city blessed with geographical beauty, it’s also a significant site for pilgrims. Followers of the Sufi saint Khwaja Moinuddin Chishti travel there to see his shrine. Others use Ajmer as a base to travel to the ancient city of Pushkar – just eleven kilometres away. 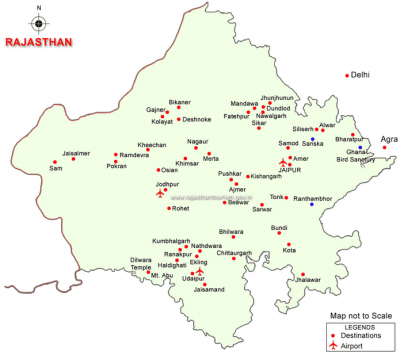 The Temples and Religious Sites of Ajmer, India.

This area abounds with ornate temples, mosques, tombs and palaces. The only catch is, there are, literally, hundreds of them, so it’s difficult to find time to see them all. Here’s a few that you absolutely must see.

Ajmer Sharif Dargah, one of the most sacred Muslim sites in the world, houses the Khwaja Moin-ud-din Chisti’s tomb. Born in 1138 in Persia, he dedicated so much of his time to helping the disadvantaged and underprivileged that he came to be known as ‘Protector of the Poor’ (Gharib Nawaz).

Each year, thousands of Muslims make the spiritual pilgrimage. The annual Urs festival sees the streets of Ajmer swell with people, praying, drumming and carrying beautiful, brightly-coloured cloths woven with golden and silver threads, which they put forward as offerings to their revered saint. Some of the most famous travellers are the Qualanders – wandering Sufis who follow a strictly ascetic path – and walk to Ajmer from Delhi. If you choose to visit at this spectacular time, definitely book accommodation in advance – there are some cheap backpacker options and the Country Inn and Suites Ajmer Hotel is a popular choice for international travellers.

Ajmer Sharif Dargah’s architecture is heavily influenced by Mughal construction styles. The tomb lies within an inner chamber of the building, while miniature paintings depict Khwaja Moin-ud-din Chisti and his disciple Qutb ud-Din Bakhtya Kaki, who hailed from Delhi.

You won’t find it difficult to locate Ajmer Sharif Dargah – it’s in the centre of town – and surrounded by busy markets. To reduce hassle, take public transport or a taxi rather than driving, and to avoid the crowds, visit during the evening.

This architectural masterpiece is devoted to Lord Rishabhdev – the very first of the twenty-four ‘path makers’ of the Jain religion. The foundations were put down on 10th October 1864 and seven months later, on 26th May 1865, Lord Rishabhdev’s image was placed in the temple’s Sanctum Santorum.

Every year, thousands of tourists visit the Nasiyan Jain Temple. Some arrive as pilgrims, while others are motivated by a fascination with the building itself. Some of its most striking features include its magnificent entrance gate, made of red stone transported from Karauli; a two-storey main chamber, lined with enormous wooden statues depicting significant spiritual figures; and the intricate carvings found on the marble ceilings and pillars. 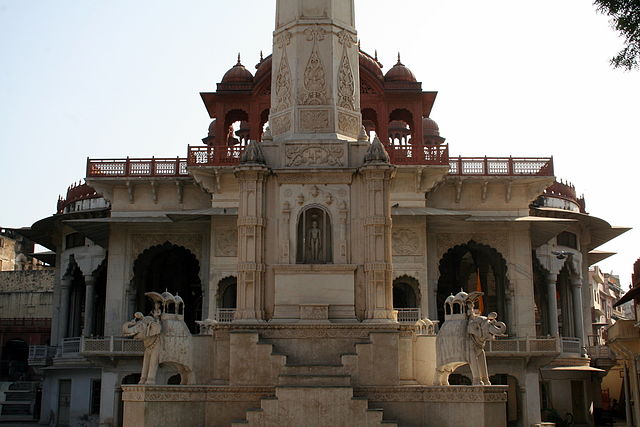 The Nasiyan Jain Temple, located at Prithviraj Marg, is open between 8:30am and 4:30pm. There’s a small admission fee of Rs2.

To reach these, you’ll need to make the eleven-kilometre journey to Pushkar. While both are dedicated to Lord Rangji – a version of Lord Vishnu – one is ‘old’ and the other is ‘new’. The former was built in 1823, at the command of Seth Puran Mal Ganeriwal of Hyderabad. Its architecture depends on an incredible and seldom-seen blend of Dravidian (South Indian), Rajput and Mughal styles. The latter is more a pure example of South Indian construction and is similar to perumal temples found elsewhere. Its delicate, intricate carvings are definitely worth seeing.

Note that both temples are closed between midday and 4pm – be sure to arrive before or after to avoid disappointment. Also, leave yourself some time to visit other attractions in Pushkar – more than four hundred temples are found there.

When travelling in India there are a load of companies to choose from though Goibibo are known for their coupons and are our personal recommendation.

1 thought on “The Temples and Religious Sites of Ajmer, India”