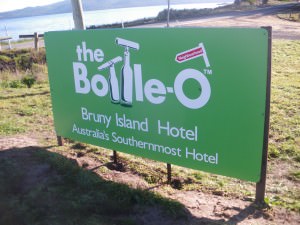 I spent a lot of 2010 travelling alone. I was working hard, saving, backpacking and still did a load of sightseeing on my days off. I had my own car. Life took me to a tiny island on the south east of Australia, off the coast of Tasmania. I got a boat from Kettering in Tasmania over to Bruny Island and loved it. I spent about six months working in Tasmania mostly on remote farms. This is a lonely post tonight… 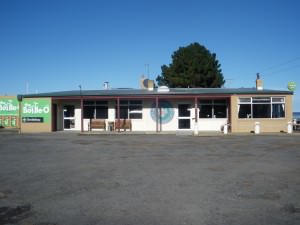 Completely shut and gleaming in the winter sun – the Bruny Island Hotel.

Once on Bruny Island, I stayed the night there, sleeping in my car down by Cook’s Creek near a beach. It was bliss. I had one tin of beer with me but I wanted to go to a pub and have one and chat to a few locals. I was lonely so I drove down the west side of the island and found the “capital” of Bruny Island, called Alonna. Little more than a remote village, but still the biggest settlement around. 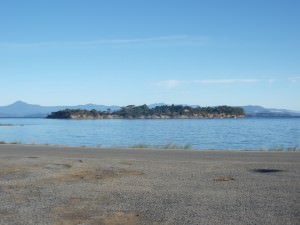 The view from the beach near Alonna, the capital of Bruny Island.

There was a hotel there with a bar and a pub, but sadly I was there off season and it was completely SHUT. So I couldn’t enjoy a beer and meet the locals at Australia’s southernmost pub. There was absolutely nobody about except for some sheep and a few dogs. 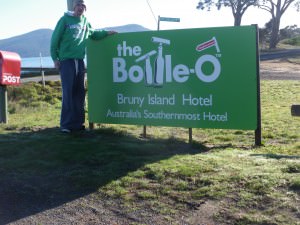 All alone at Australia’s Southernmost Hotel – the Bruny Island Hotel.

I got my photo taken by the sign that read “Bruny Island Hotel – Australia’s Southernmost Hotel”. Don’t forget that the word hotel in Australia is synonymous with the words bar and pub. 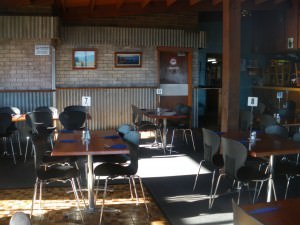 I could have a look through a window and see inside the pub which was shut, but it was just so empty. I even wondered when it had been opened last. I left Bruny Island the next day and have no idea on the answer. 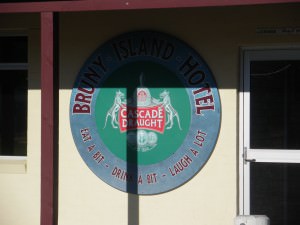 The Bruny Island Hotel – which was totally shut!

I was quite lonely at the time and had no phone or internet (but had my laptop for updating my blog offline) , so it was a case of park by the beach, crack open a beer and eat the food that I had in my car. After typing up my travel blog post and waving goodnight to the local sheep, I slept like a log – alone in complete wilderness. 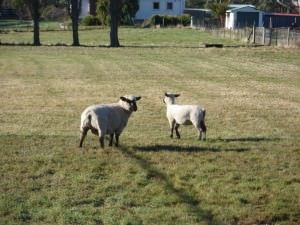 Having a beer with 2 sheep on Bruny Island, Tasmania, Australia.

This was one of the loneliest nights from my entire travels and I’d say I went 15 hours without seeing another person.

But still I enjoyed it. I’ve been to Australia’s southernmost pub. But I haven’t had a beer there. It wasn’t open.

A video I took outsie Australia’s Southernmost Pub (there are a few mistakes in the things I say in this video by the way!):

The world’s smallest and loneliest petrol station on Bruny Island: