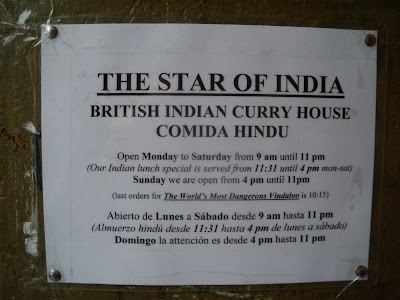 So we don’t always succeed in life and here was a lesson that although I love spicy food, I simply don’t have a big appetite and therefore didn’t get my free t-shirt, in this instance. Friday’s Featured Food takes us today to La Paz in Bolivia for a spicy, spicy hot curry! 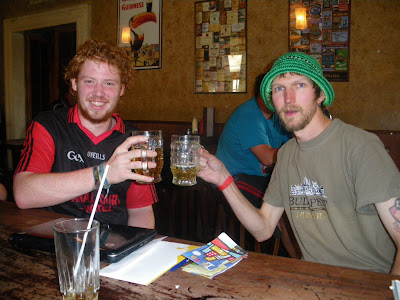 OK here goes the story, I was in La Paz in Bolivia and was drinking in the world’s highest Irish Pub with fellow Northern Irishman (and a barman there) Grant McParland. I tell Grant I have plans to do Potosi and Uyuni (including the Salt Flats and Desert Tour) but will be back in La Paz the following week, for one night, on route to Cuzco. 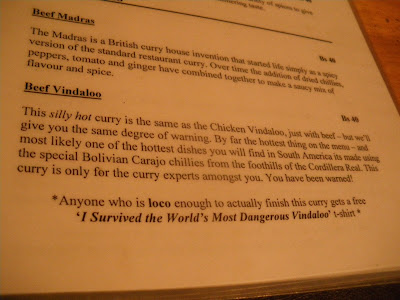 Grant tells me of this restaurant which gives you a free t-shirt for eating ALL of the world’s hottest curry. I am well up for the challenge and we decide to go there when I’m back in town. However, not being on the internet much while I was away, I only contacted Grant again on the day of the only possible curry challenge night. And he was working. 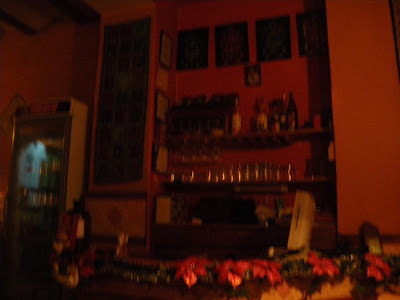 I wanted to go anyway, and asked Benoit and Guillaume if they were up for it. Benoit was and we agreed to both go there and get the t-shirts. 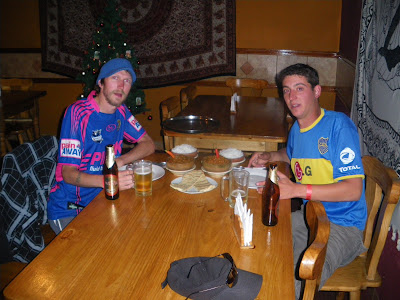 I deliberately didn’t eat a lot that day (my final full day in La Paz) and by 7 pm we made the walk from the Markets area down to Cochabamba Street where the Star of India (always find it funny how they write it in English in some countries – probably to attract American tourists…).

It looked closed but was open, dark and quiet. On arrival, Benoit, Guillaume and I were the only people in there. But Guillaume left, he’s not big into spicy foods and didn’t fancy it. Plus, for Bolivian prices it was quite dear. The curry alone was 40 Bolivianas (£4) and then we had drink, rice and bread. 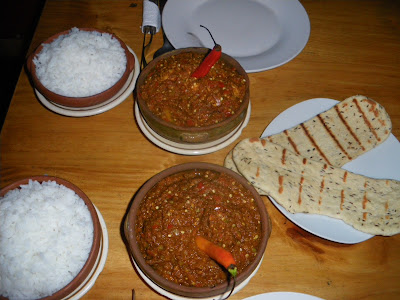 The curry is so hot, you are recommended to have rice and bread with it. So we go for basic rice, a beer each and a piece of Naan bread each. 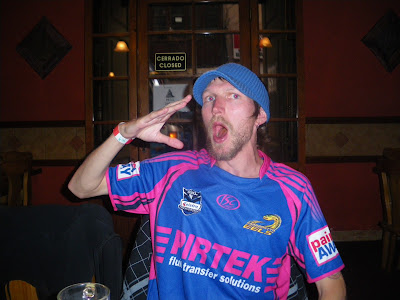 It arrives and looks massive. It’s a big meal for me. Probably twice that of my normal dinner, but I’m up for the challenge. We both launch in. 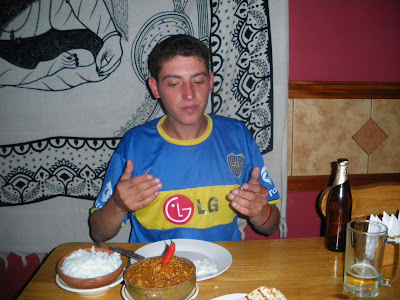 At the next table a few Australians chat to us, but don;t opt for the hottest curry, wise move from them given they are travelling on the world’s most dangerous road in the morning (a trip I could have taken in Bolivia, but had to forfeit the chance due to time and money). 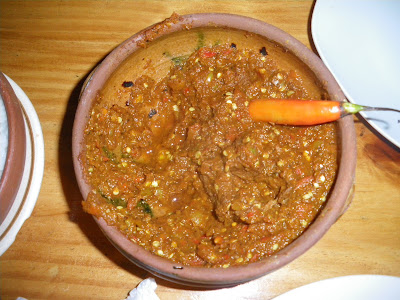 I started well on the curry and was a third of the way through, I ordered a water. Benoit was going much slower and I really felt at that moment I could eat it all. My mouth got very hot, but although the Bolivian spicy chilli was hot, the taste was excellent. It was really good food, aside from the prestige element. 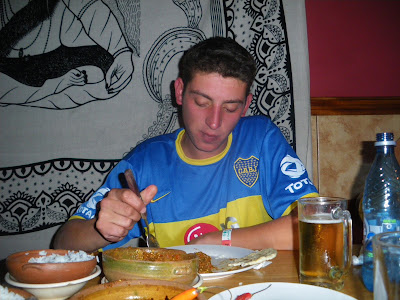 However I finished just over half of the curry and was full already. I realised I probably wouldn’t make it. At one point Benoit said he couldn’t finish it, but after just over an hour, he had succeeded in finishing it, and I had failed, quite badly. 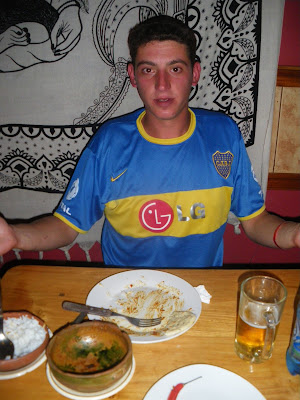 I also did think of my stomach and the chances of diarhoea. Particularly as I was up early the next day for a 15 hour bus journey, and we all know that these buses have no toilets, no regular stops and even if they do, toilet roll is hard to come by. I always carry toilet roll of course, and had two in my bus bag, but it doesn’t mean nothing when you shot your pants on a bus…so perhaps the fact I didn’t finish it was not a bad thing. 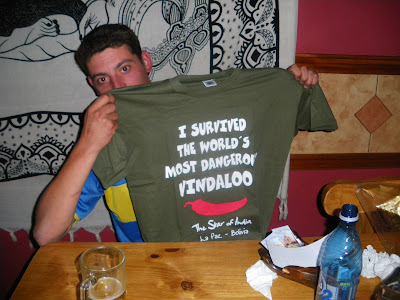 Triumphant and deserving, Benoit got his free t-shirt. A really nice t-shirt, green in colour with the name and address of the restaurant, and with the boast “I survived the world’s most dangerous vindaloo.” I was jealous, but at least one out of the two of us had finished it. I think Benoit had 3 or 4 beers while eating it. I had just one, plus a water.

When we left, I already wanted to finish it on my second attempt and get the t-shirt. But then I thought, perhaps I’ll never be in La Paz again and might never get the chance. I gave it a go.
I don’t blame my failure on the hottness of the curry, it was the amount of curry to be consumed. I just don’t have a big stomach.
Maybe next time…
Where – Star Of India, La Paz
Claim To Fame – For 40 Bolivianas (£4) they serve what they claim is the world’s hottest vindaloo
What You Get – The prestige of having eaten it, plus a free T-Shirt
Who Went – Jonny Blair, Benoit
Who Finished the World’s Hottest Curry – Benoit
Who Didn’t – Jonny
BENOIT AND ME ATTEMPTING TO FINISH THE WORLD’S HOTTEST CURRY: