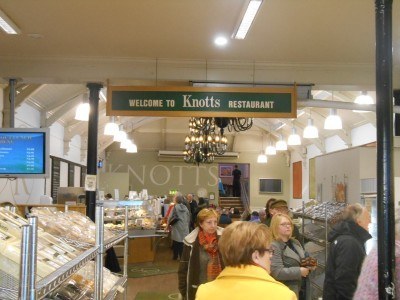 Thirsty Thursdays comes from North Down in Northern Ireland today, so it does. Northern Ireland punches above its weight time and time again. And I mean in the metaphorical sense, not just in boxing (though the likes of McGuigan and Frampton certainly justify the phrase). A country housing 1.6 million people, boasting some of the best pubs on the island, the UNESCO listed Giant’s Causeway, some Game of Thrones set locations, worldwide superstars like Rory McIlroy and Jonathan Rea go down their locals without bouncers around them and the sun shines on a building that has been built to mark 100 years since the Titanic hit an iceberg and sunk. Such is the humour of Ulster folk. It’s a country of tainted heroes, fallen glories, rising phoenixes, shock sporting results (remember Arconada?) and political mayhem. 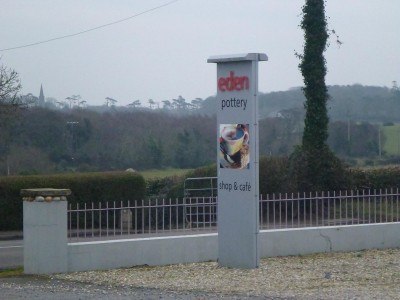 In short, until you get your backpacking ass into Northern Ireland, you don’t have a clue. This isn’t quite Ireland, this isn’t quite Britain. It’s Ireland by geography, it’s United Kingdom by politics. It’s somewhere yet nowhere in between. It’s Northern Ireland. And the locals love a pint. Guinness and Harp kegs are changed in bars every hour on Friday and Saturday nights when the Northern Irish and Ulster capital city of Belfast belts out yet another local hit and Protestants and Catholics dance in harmony. No irony in that, nor the fact that as well as drinking a shipload of alcohol, these Northern Irish folk love a decent cup of tea and coffee by day. So move over booze, let’s chill out in North Down with a cuppa. 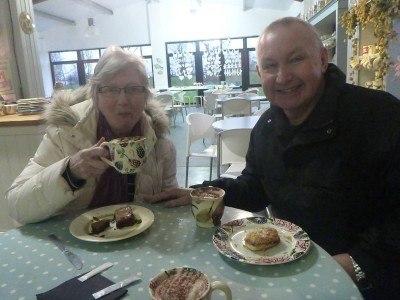 Tea and Coffee in Northern Ireland with Mum and Dad

North Down and Ards region boasts some of the world’s finest coffee shops. Forget the generic commercial soul-less garbage like Ratsbucks, Unspecific Coffee and Costalot Coffee, get your thirsty tongue down to these five spots and Instagram your mates to make them jealous. You my friends, are in Northern Ireland now. And you can’t help but feel the magic in the air. It’s a passion. Here are five cool coffee shops to check out in North Down area – Bangor, Ards and around. 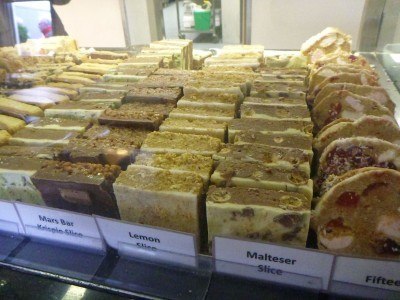 1.Starfish Cafe at the Cairn Bay Lodge, Bangor
The iconic seaside town of Bangor is on Northern Ireland’s self-monikered “Gold Coast”. In 2014, I stayed in the Cairn Bay Lodge which is the best place to stay in the region now that the Windsor has closed its doors. Cairn Bay Lodge is so local, you’ll never feel like a tourist here, you’ll feel immersed in the ways of the Bangor locals. Even better in 2015, Chris and Jenny who run Cairn Bay Lodge decided to branch out and open a coffee shop and the result is the quirky Starfish Cafe. 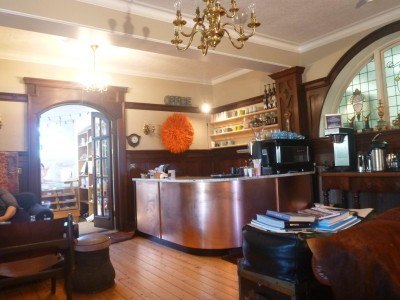 Starfish Cafe has a viewpoint over Ballyholme Bay, is housed in an old fashioned mansion room with vintage old school decor. Back in the day before budget airlines like Ryanair and Easyjet existed, Bangor was a rock’n’roll seaside tourist spot for Ulster folk in the summer months. Swimming at Pickie Park may have passed the town by in the years since, but Starfish Cafe has memorabilia on the walls of the good old days. 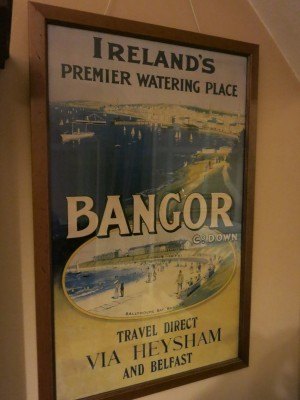 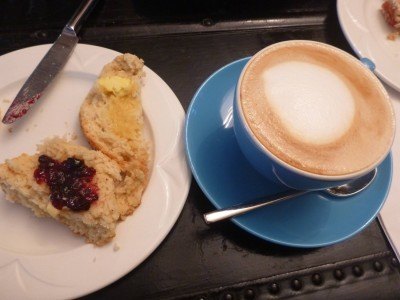 Coffee and scones in the Starfish Cafe at Cairn Bay Lodge

Serving good coffee, homemade scones and some local treats on the menu (including Northern Irish cheese with dulse the night we stayed), get your taste of Ulster here and say hi to the owners for me – Jenny and Chris backpacked the world long before me. A very welcoming couple. 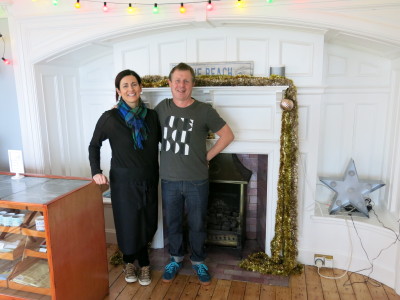 Jenny and Chris – the wonderfully welcoming owners of the Starfish Cafe at Cairn Bay Lodge in Bangor, Northern Ireland.

2.McKee’s Coffee Shop, Craigantlet
Ulster countryside offers some obscure villages that often have farms producing eggs, meat and bread. Home-made local treats are the name of the game in rural Northern Ireland. Recipes have been passed down the generations and the likes of soda bread, fifteens and cheese sodas are items you rarely see in this form outside the six counties of Northern Ireland. McKee’s Coffee Shop offers a range of excellent locally produced food and drink items. 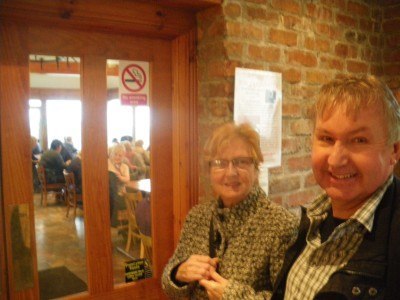 It’s more than a coffee shop. You get a view out the window to the tremendous Scrabo Tower in Newtownards. 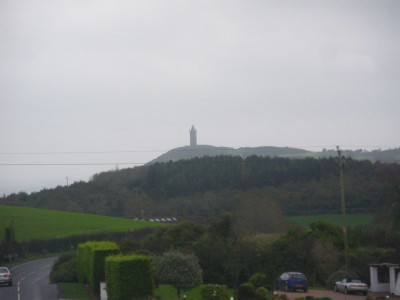 This place gets pretty busy too, a popular spot which also has a bakery, a butchery and a vintage sweet shop. 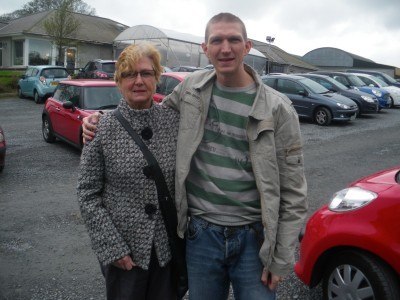 With Mum at McKee’s 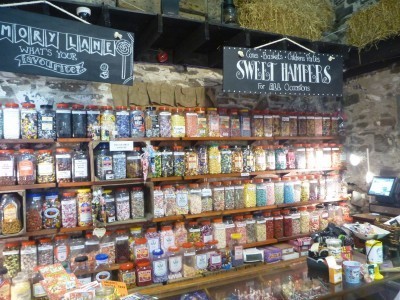 3.Knott’s Cafe, Newtownards
My birth town of Netwownards has its critics, none moreso than even some of my friends from Bangor. But they forgot how cool their cousin was. Newtownards is the under-rated cousin to Bangor. Outspoken and brash, but with time for a chilled out coffee and the best local scones this side of Comber. 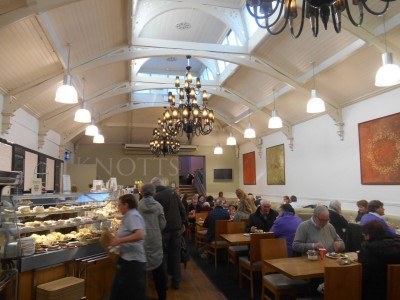 I always try and pop into Knotts with my Mum for a cup of coffee and a scone when I’m back. Go for a blueberry or raisin scone and a large cappuccino and you can’t go wrong here. 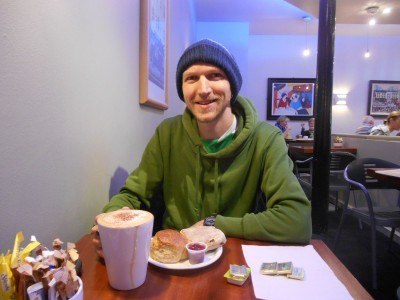 Cappuccino and scones at Knotts in Newtownards, Northern Ireland 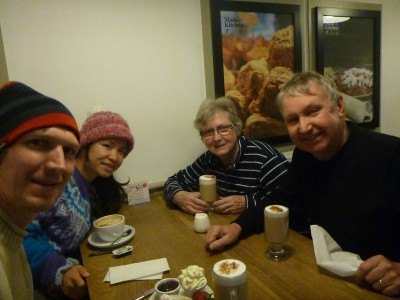 Well they were partly right but Donaghadee Garden Centre is a great countryside spot for a cup of tea or coffee. It gets very busy too, so be prepared for queues. 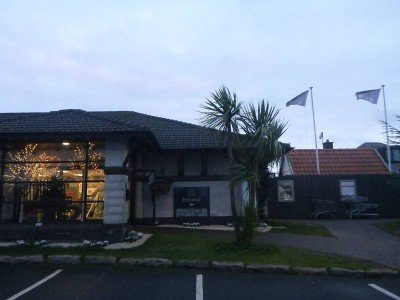 5.Eden Pottery, Millisle
The diversity of coffee shops on this menu are a treat for you all. Millisle itself hits you with the unknown – here lies a Windmill. The Ballycopeland Windmill is worth checking out – a town where Jews were once protected during the World Wars, now boasts a windmill, a decent coffee shop and a beach. 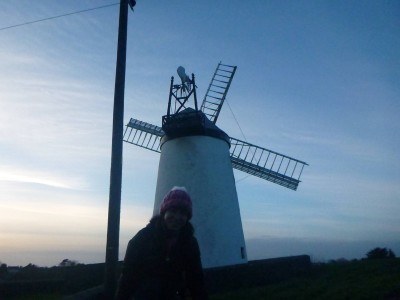 Eden Pottery does what it says. It’s a coffee shop connected to a pottery factory. 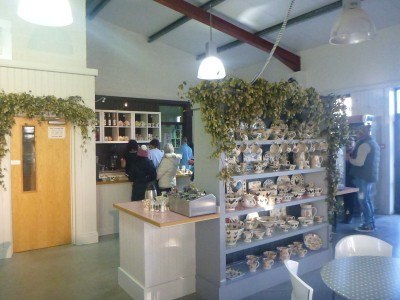 You can buy all sorts of plates, cups and bowls here. Made in house. Coffees, teas and cakes and pastries are served. It also has WiFi. 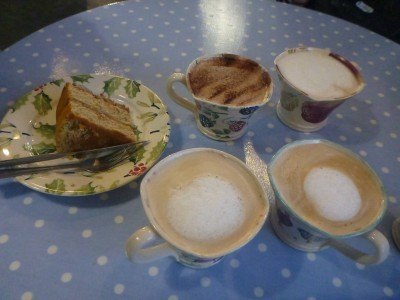 Coffee and cake at Eden Pottery 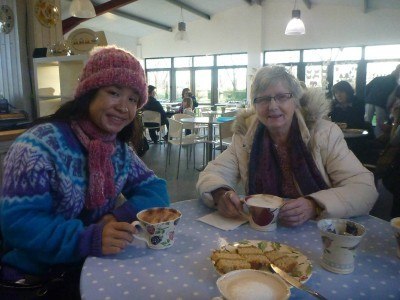 So when you’re in Northern Ireland, be sure to go for a countryside coffee in a proper local coffee shop like these five and not one of those ridiculous generic over-hyped generic garbage commercial spots that buck eejits rave about. 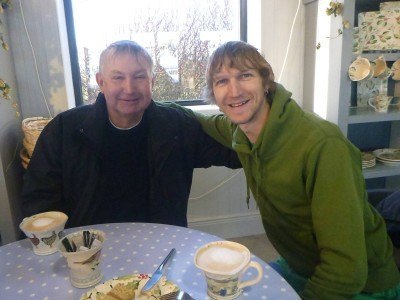 Here are some videos from my visits to these real life local coffee shops in Northern Ireland.