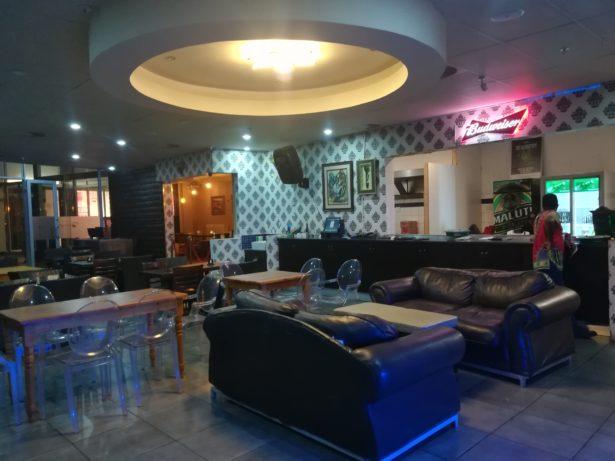 The Kingdom of Lesotho is often deemed “The Kingdom in the Sky”, a moniker it totally merits due to its lofty altitude. On my first visit to Southern Africa in 2011, I somehow skipped this place, preferring to backpack overland from South Africa to Botswana (and back), and from South Africa to Swaziland / Eswatini (and back). Those were great memories, from a trip where I also visited Durban, Nelspruit, Pretoria, Johannesburg, Soweto and Sterkfontein. 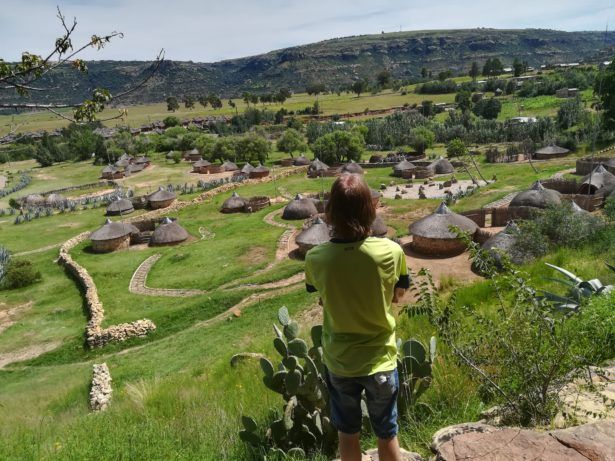 Backpacking in Lesotho: Touring Thaba Bosiu, The Spiritual Heart of the Sotho Kingdom

Soweto holds the strongest lasting memory from those days. I stayed at the fantastic Soweto Backpackers (definitely in my top 10 backpacker hostels of all time!!), I visited the Hector Pieterson Museum, Nelson Mandela’s House, Desmond Tutu’s House and did the famous Soweto Bicycle Tour. 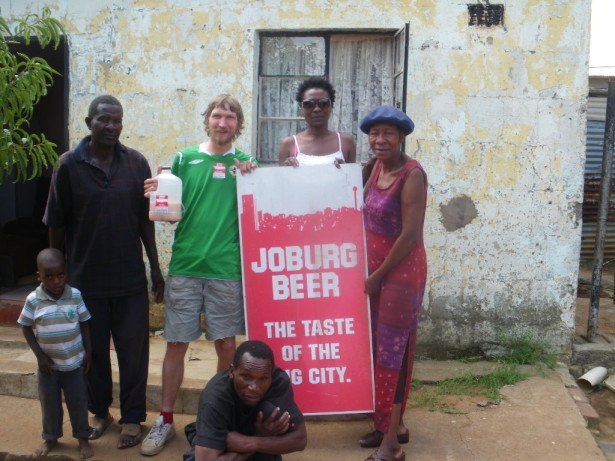 Aside from that, I loved Pretoria, got a huge history fix at The Apartheid Museum and took both night and day buses in the country. More than 9 years later, and 11 months shy of a decade I was back in South Africa. Here ahead of the global pandemic, I entered Lesotho by air, landing from Johannesburg into Moeshoeshoe International Airport. 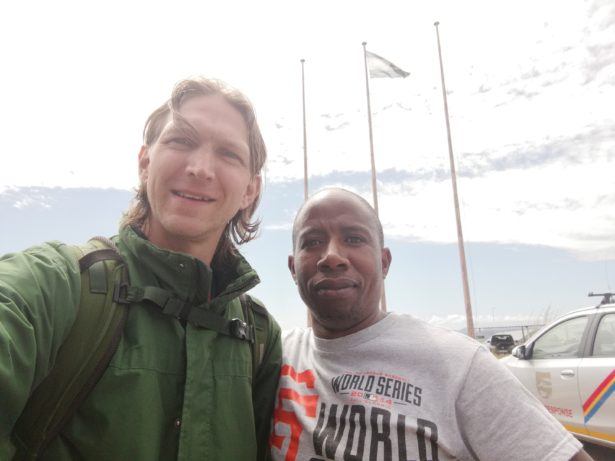 I had two nights at The Anne Guesthouse in the Lower Thetsane District of Maseru. I loved the tranquility of that place, but also enjoyed city life and the gorgeous scenery in Lesotho. 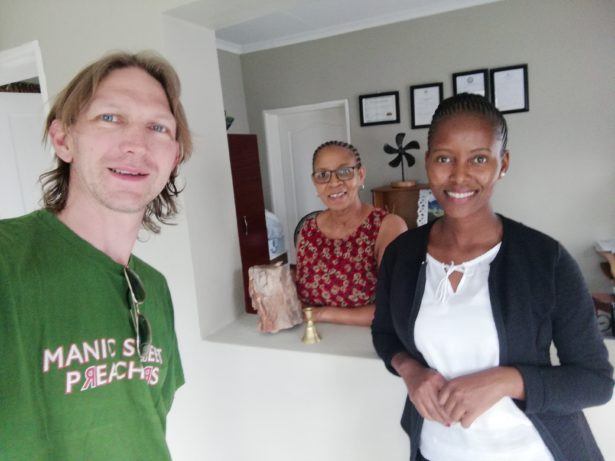 My Guesthouse The Anne provided me with my first taste of Lesotho beer. On arrival in the heat of a mid morning, I opted for an ice cold Maluti as opposed to a heated coffee. It comes in a green can. 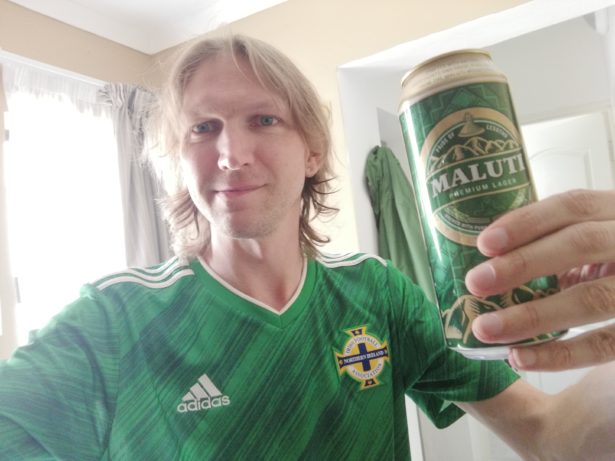 My first Maluti at the Anne Guesthouse in Maseru, Lesotho

It went down a treat and I compared this delicious local Lesothon beer to Sibebe in Swaziland / Eswatini or Zambezi in Zambia. 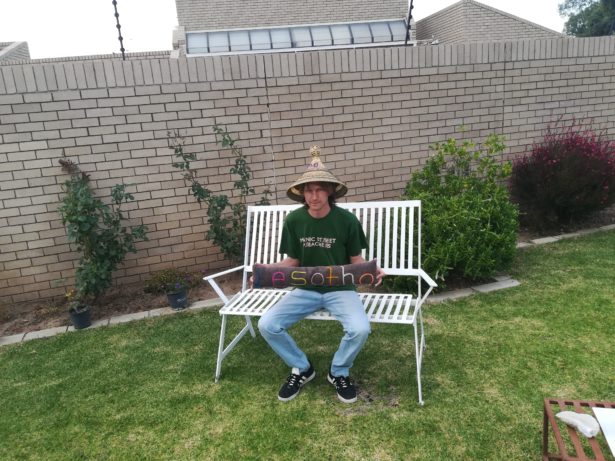 My Stay at the Anne Guesthouse in Maseru, Lesotho

A Bar inside the Dutch and French Embassy? Surely not!! Well, kind of. Lancers Inn seemed to be a place for business visitors and where the other tourists were hiding so I popped in and met a mix of locals and tourists. 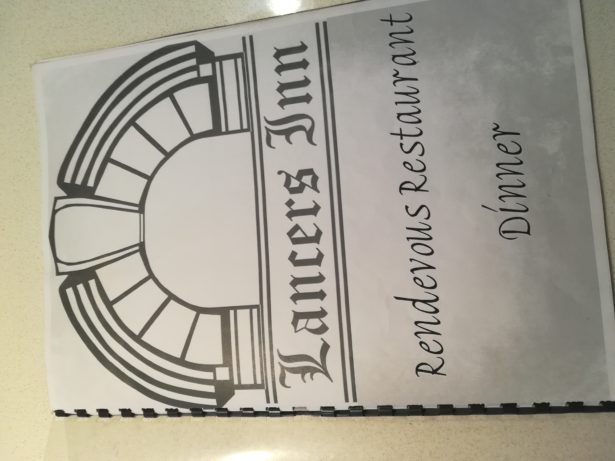 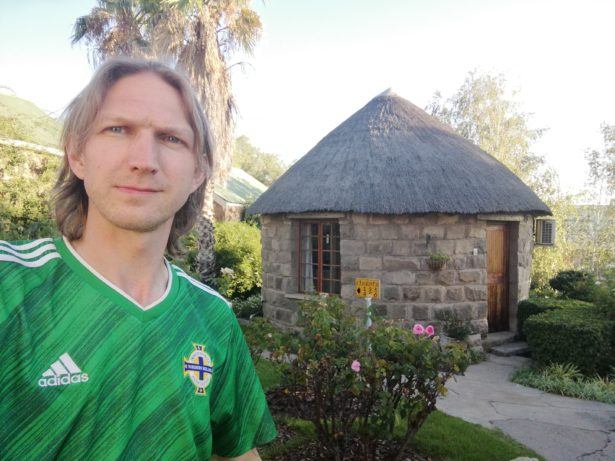 I watched some of Aston Villa 2-3 Tottenham Hotspur here as well as some South African matches. 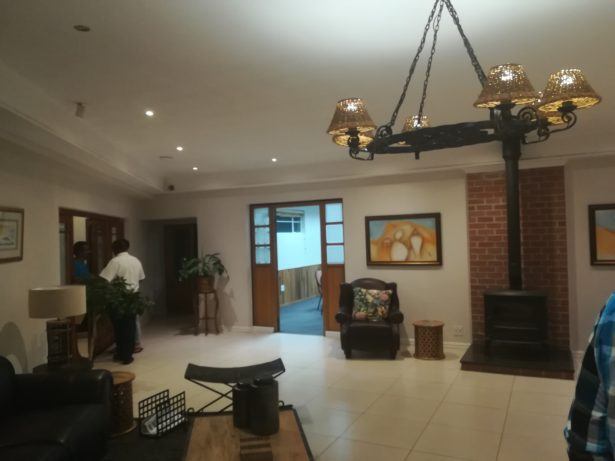 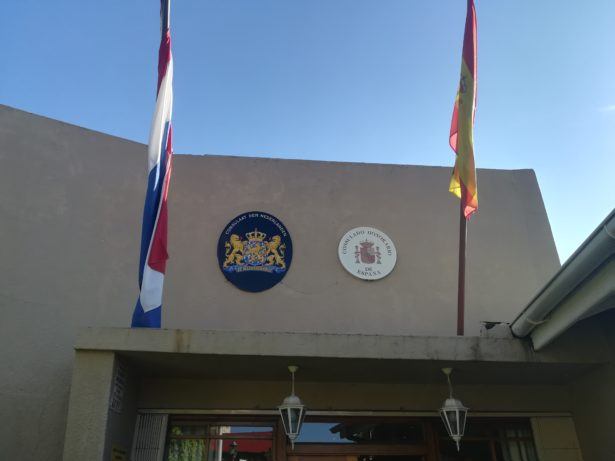 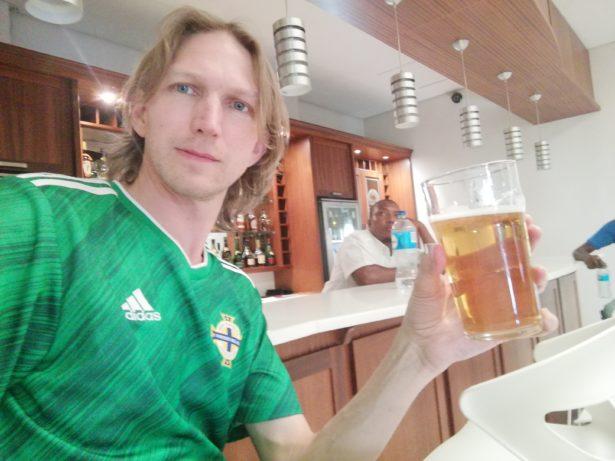 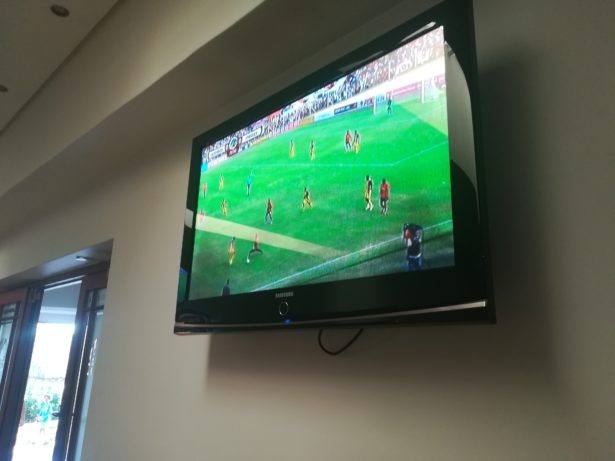 The WiFi worked for a limited period and the staff were friendly.

It might sound like a posh colonial joint but this is actually an Indian restaurant and balcony bar housed inside a traditional Basotho style building.

I popped in for a quick Maluti can and a chicken tikka massala. I lost some of my photos from this trip and unfortunately Maseru, I lost loads of them. 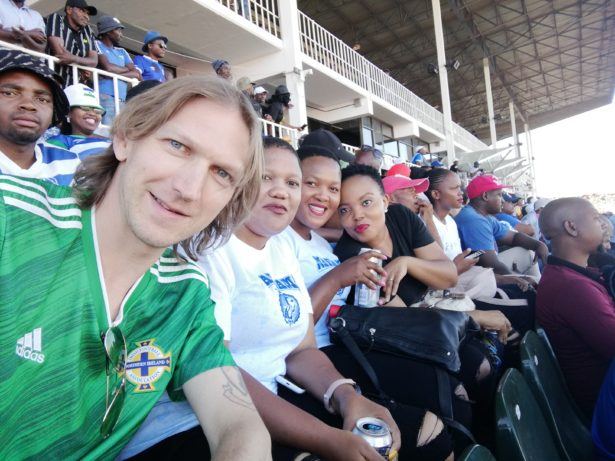 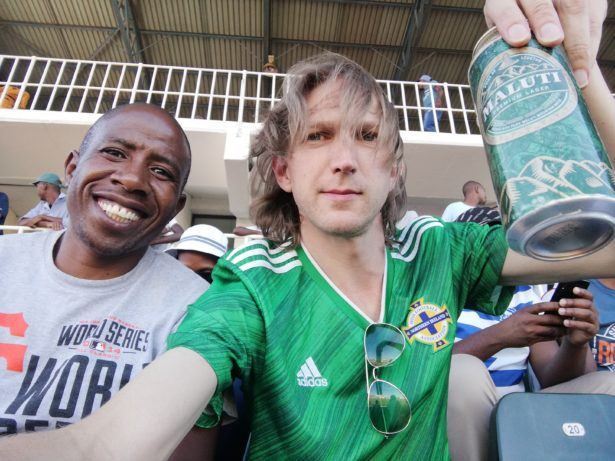 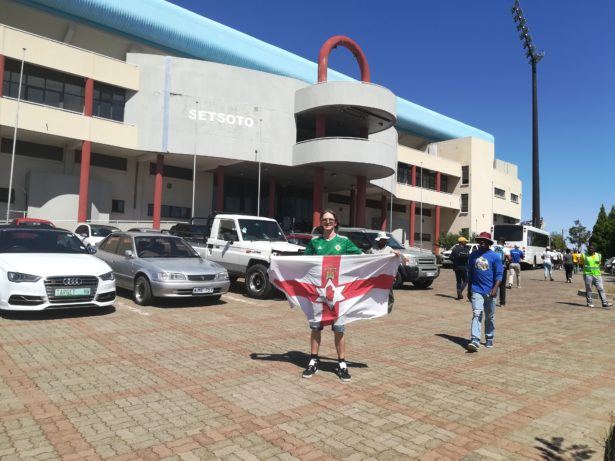 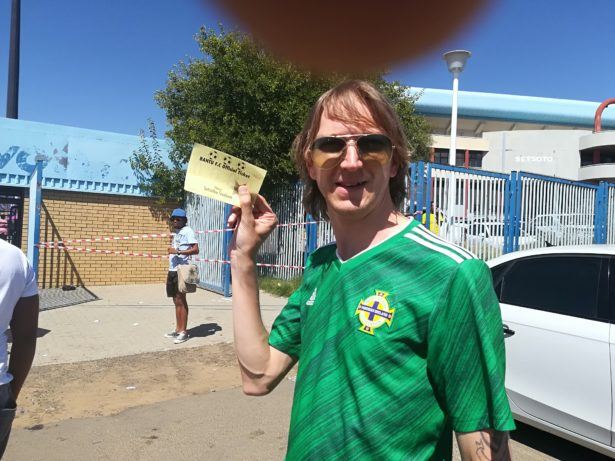 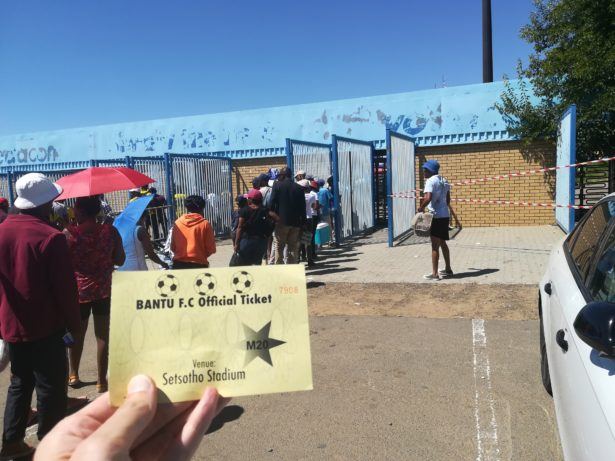 I called into the Ladies Bar at the Victoria Hotel in central Maseru. This bar is located up the stairs from the main street entrance off Kingsway. 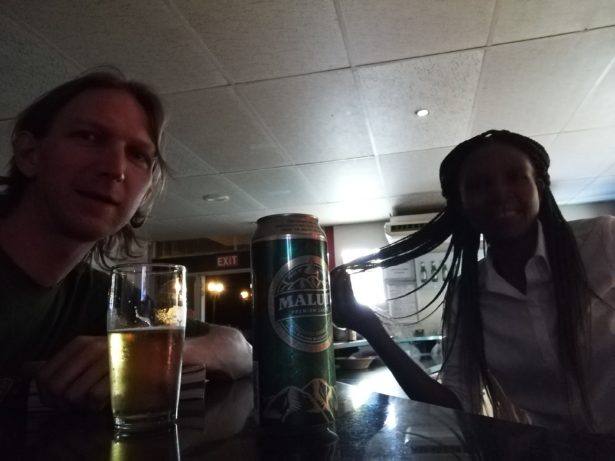 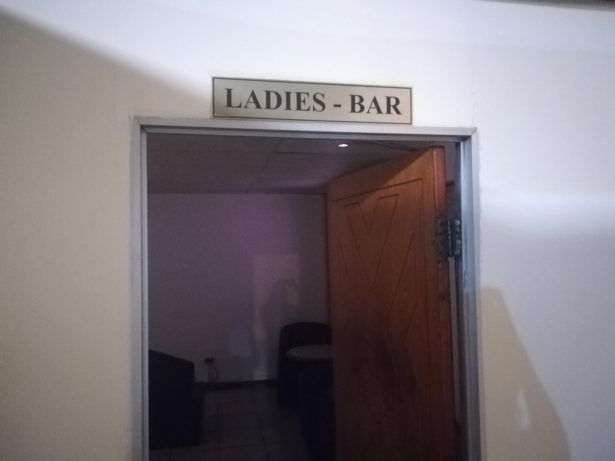 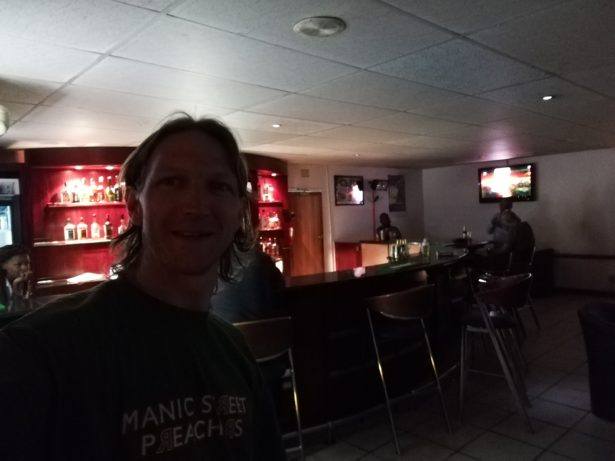 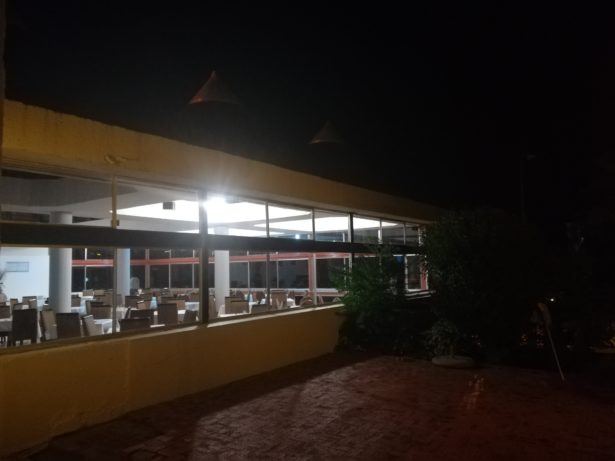 It is a dark and dingy joint, which reminded me of similar bars I visited in Siauliai, Lithuania and Poznań, Poland.

Despite being connected to the Victoria Hotel, I was the only tourist in here.

This was a posh, glammed up joint that looked slightly out of place. There was even a security gate on the way in. I spent quite a while in here and learned that Lesotho passport holders are VISA free for the Republic of Ireland and they had some Irish guests that time organising trips – it was a crazy coincidence.

On Kingsway in downtown Maseru, halfway between Lancers Inn and Victoria Hotel, I visited Cuba bar.

It is a noisy central bar and club with a Carribean/ American theme. I bet those from the USA hate that idea.

Sadly I decided to visit Ba One on my last night, the Monday and it was closed. A pity as I wanted to see why it is listed as one of the coolest bars in the country. 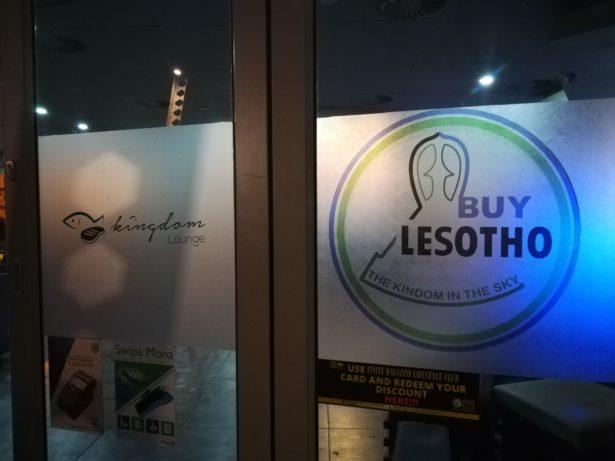 Ba One was closed

On my drives in and out of Maseru, there were loads of little roadside bars. I loved the look of these and slightly regret I didn’t visit one of them. Coming from the airport, I was tired. On my day tour to Thaba Bosiu, I was not feeling great and leaving the country overland to South Africa meant leaving Maseru and within minutes, already having my passport stamp out since Maseru sits on the border.

These bars are all great and if I had a week in Lesotho, I have no doubt I would have discovered a few more.

Here are some videos from my time drinking in the bars of Maseru, Lesotho: