Often times travel can be associated with sacrifice. Sometimes that sacrifice looks like missing special holidays with loved ones and friends, and other times it means not watching an important sporting event due to a huge time zone gap or simply lack of accessibility. However, when it comes to the National Championship of American Football, or the Super Bowl, there are plenty of ways to ensure you will not miss a beat. Below we’ll take a look at some practical ways you can view the upcoming Super Bowl LV from anywhere in the world. 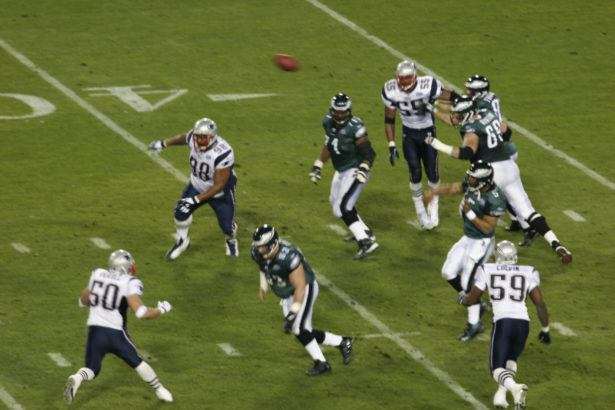 2020’s Super Bowl which pitted the Kansas City Chiefs against the San Francisco 49’ers was viewed by over 99.9 million people in the United States, a number that increased by 1.7% from 2019’s matchup

When is Super Bowl LV set to take place?

With the year winding down and 2021 right around the corner, many sports fans already have their thoughts set on the biggest game in American football — Super Bowl LV. Each year the NFL hosts the famous matchup paired with some of the best commercials in television and knockout halftime show entertainment. Like every season, top NFL picks provide expert insights on which teams are favored in playoff games leading up to the big event, but the two selected teams will not be known until early next year. The two TBD organizations will face off at Raymond James Stadium in Tampa Bay, Florida at 6:30 pm Eastern Time on Sunday, February 7th.

If you’re an NFL fan that happens to be traveling within the United States, between airports or hostels, on trains or buses during this day, streaming online is luckily available and quite simple to access with most mobile phones or computers. However, if you’re a nomad set to be outside of the U.S. during this time, viewing the Super Bowl is also possible if you know what to do.

Let’s face it: tickets to the Super Bowl, even in the best sporting event travel packages, may be hard to get your hands on. Most likely you’ll be stuck enjoying the game by watching it on television, or if you’re traveling, a mobile device or tablet. The good news is that there are several ways to live stream the big game wherever you are, and several of these options may be convenient for you if you are already a member of some popular services.

Although CBS is set to broadcast this year’s game live, you can also stream it through CBS All Access which is available on mobile devices if you happen to be on-the-go. In addition, the NFL Mobile App as well as Yahoo Sports App will be streaming the Super Bowl this year, however this service is only available for clients of Verizon. If you’re a member of Hulu + Live TV, Sling TV, AT&T TV Now, Fubo TV, or YouTube TV, you may have rights to live streaming options. If not, check out the opportunities for a free one-month trial in order to watch the game. Keep in mind: if you happen to be in a hotel or hostel where there is access to a T.V. monitor, you may be able to stream the big game with the help of an HDMI cord.

Watching with a VPN outside of the U.S.

If you’re traveling around but not within the United States, the best option for viewing the Super Bowl is to purchase a reliable VPN that will allow you to access North American based websites and channels from different countries. Before buying, do a bit of research to understand the best options for VPN services that are currently available.

If you happen to be residing in or traveling through Canada or the United Kingdom, the game is available on their local networks as well. In Canada, check out these channel: CTV, CTV Two, or TSN. In the UK, the game may be viewable on BBC One, BBC Sport, Sky Sports NFL, or the mobile application of Sky Sports, the Sky Go app. Wherever you may be located during this season’s upcoming Super Bowl game, chances are you are not far too away from a decent viewing experience, even while overseas.