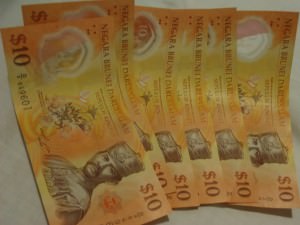 I LOVE collecting banknotes! Racking up country 70 with Brunei recently.

I love the thrill of getting new banknotes when you’ve crossed a new border. Even as a child I collected them, thanks to a collection from the Sunday Times (a paper my Dad used to buy every week!). I was fascinated by geography as a child and my banknote collection grew and grew. 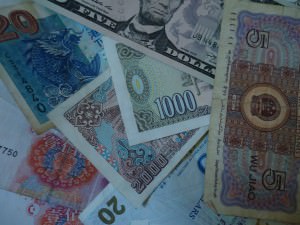 However it wasn’t until I started travelling that I felt I was really collecting them, as I had visited that country and received that note as change for something I bought. But it gets expensive and it’s also bulky to keep carrying different notes around with you, so I came up with a plan… 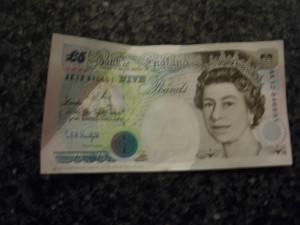 I collect ONE note from each new country I visit, and I normally choose the note with the lowest value. I’ve got up to about 45 countries now, from the 70 that I have visited (please note some of them use the same currency i.e. Spain and Italy – Euros, USA and Ecuador – US Dollars, England and Wales – Bank of England Sterling etc.) and also other unusual notes I come across (e.g. the Guernsey one pound note). 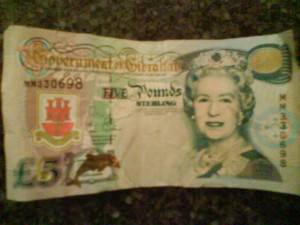 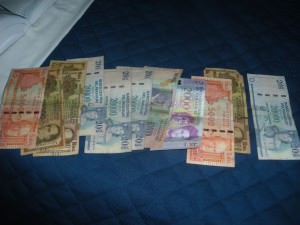 My Paraguayan Guarani from a few years back – I was a millionaire for a few days!!

So yes, I love collecting banknotes and I will continue to do so!

Here are my favourite banknotes:

£5 Northern Irish Northern Banknote – with George Best on it (released in 2005 on limited edition – if you have one, keep it).

2,000 Paraguayan Guarani shiny plastic note – Paraguayan notes are really old and dirty, it was nice to be handed a clean one, so I kept it. 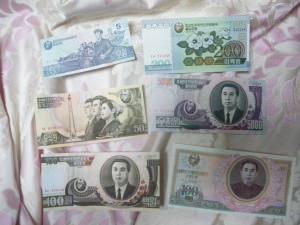 There will be a load more money related posts to come by the way! People often ask me what do I do for withdrawing money on the road (and I will write about it at some point as a Monday’s Money Saving Tip or a Tuesday’s Travel Essential.) I normally carry US Dollars everywhere and change them, I commonly use Travelex Exchange to swap them over BEFORE entering a country though bear in mind that sometimes in a rush I wait until I’m in that country. You can check here for the Travelex Currency Converter site. I try to keep tabs on the Exchange Rates but to be honest, as a constant traveller you don’t always have time to keep track, so I just head to the Travelex and get it swapped over. I also sometimes use local exchange places, but I don’t use the ones at the borders unless I’m desperate (they are the ones that NORMALLY charge more).

PS – If I ever fall on bad times and run out of cash, I’ll round up all my notes together, I’ll probably have enough for a week in Taiwan…