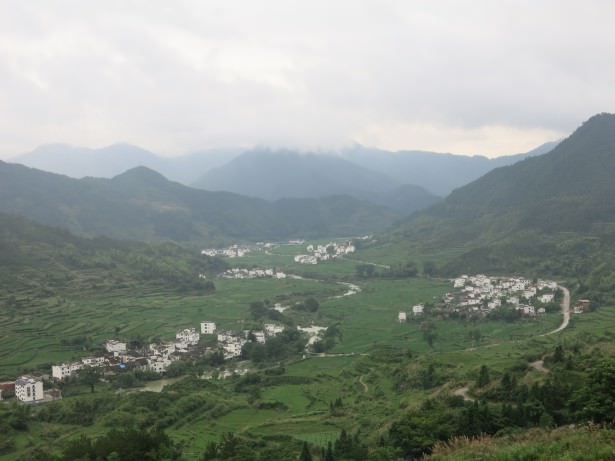 The quite astounding view of Jiangling in China’s Jiangxi Province.

We toured the Jiangxi Province of China recently, part of which we did with a local driver who knew the area. Having a local driver is the easiest way to get around parts of the Province. Especially the area in and around WuYuan, which is famous for gorgeous countryside and picturesque Huizhou Villages. It was the villages that we were there for, but our first stop after arriving in the city of WuYuan was Jiangling. Jiangling is famous for its countryside and viewpoints, as well as containing a few scattered small old style villages in it. It also made me laugh as our driver pronounced it like “Janny” and at one point I thought he was calling my name… 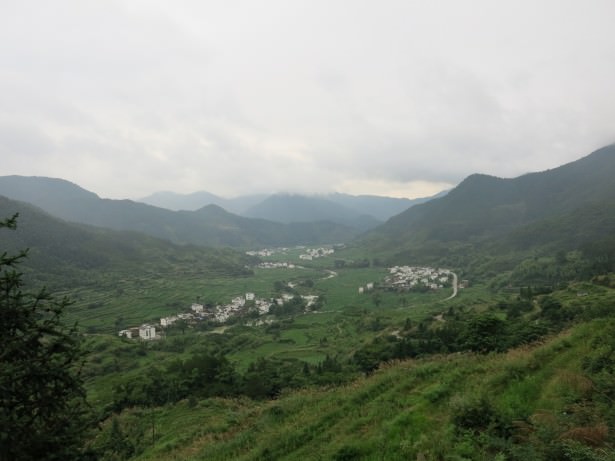 Mountains, hills and remote villages. Tranquility from the viewpoint at Jiangling in the Jiangxi Province of China.

How to get to Jiangling
Hiring a driver is the best option. Our driver did 4 villages and a few other drop off points for us for 250 RMB between two of us. This price was higher because I was foreign of course. If you are Chinese, I’d say you could get it for less than 180 RMB. If you share a car with four people, even better! One thing to note with our driver, is because he was a local we didn’t have to pay the entrance fee for ANYWHERE. The entrance fee for each village is around 60 RMB, with a full ticket covering all villages available for 210 RMB. In essence hiring a driver skips all this, and you won’t get in trouble for not having a ticket, as you’re with a local driver who is known to the people working in the various villages. 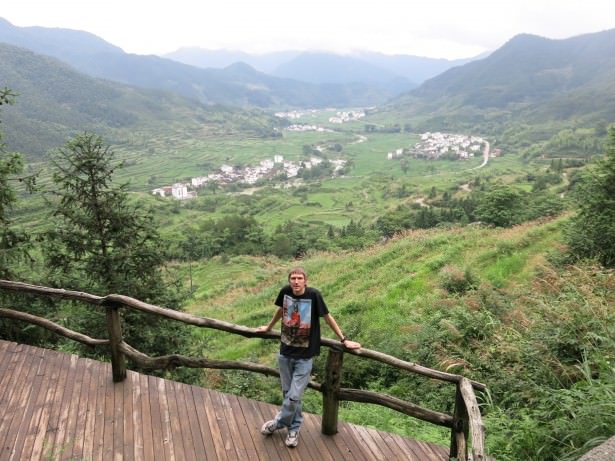 Relaxing in the misty remote countryside at Jiangling Viewpoint in China’s Jiangxi Province.

Becoming part of a tour group may also be an option, as is motorbike or car hire. But I really wouldn’t recommend it. Get a driver. No public transport is available to take you all the way to Jiangling. 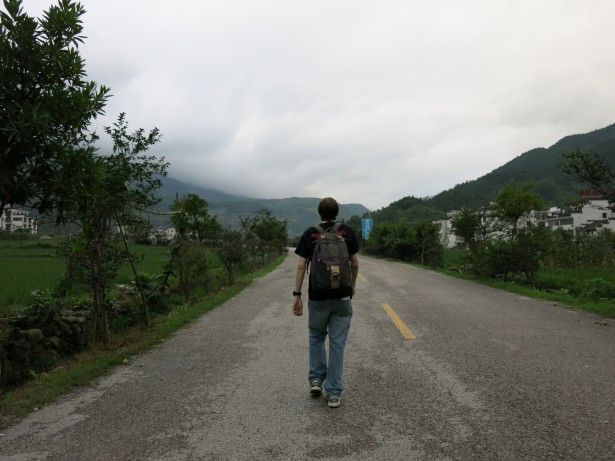 Backpacking my way round the lower villages at Jiangling and getting lost. Take a hint – hire a driver!

Where exactly is Jiangling?
Jiangling sits only 8 kilometres south of the Anhui Province, but is of course in the Jiangxi Province. Getting there from WuYuan it is north east, along main roads, some of which are country roads and slightly winding. It’s probably about 20 kilometres from WuYuan and the drive took us around half an hour. Once you pass a few low lying villages, you will start to head upwards to viewpoints over the area. 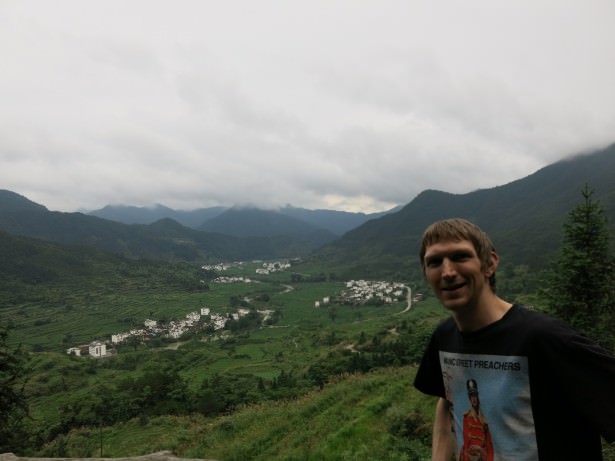 Checking out the views is the highlight of Jiangling. That and admiring the peacefulness of this part of China.

What is there to do at Jiangling?
The main thing is go to the viewing points. We did an upper one and a lower one. They really are worth it for some great views down into the valleys of low lying Chinese villages. Visiting the local villages is also an option and we stopped by to check out one of the villages. 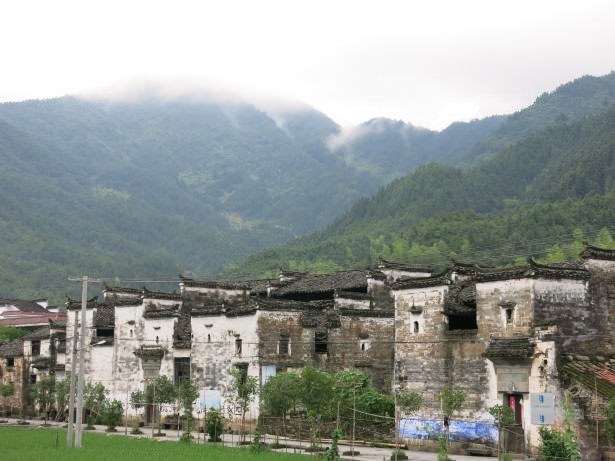 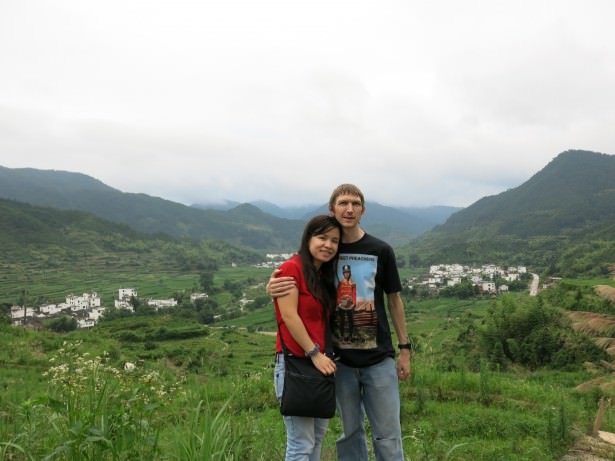 My girlfriend and I in Jiangling, China. 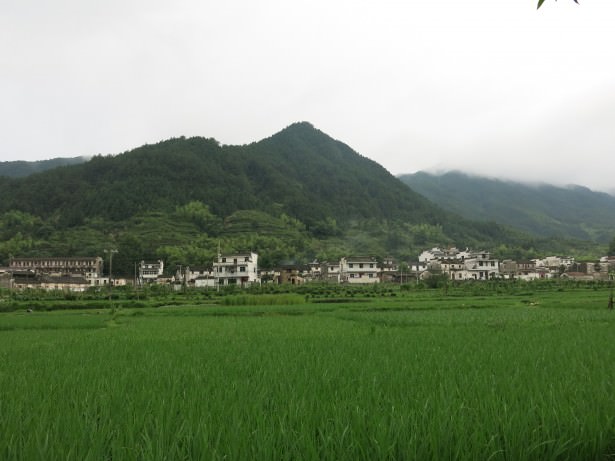 The lower villages at Jiangling. Really remote and old fashioned. You can walk around at your leisure.

You don’t need a lot of time to do Jiangling. Time of year can also be a factor too. We did it in June 2013, but it is also recommended to visit Jiangling in Spring (March time) so your view can look down over pretty yellow Canola Fields. 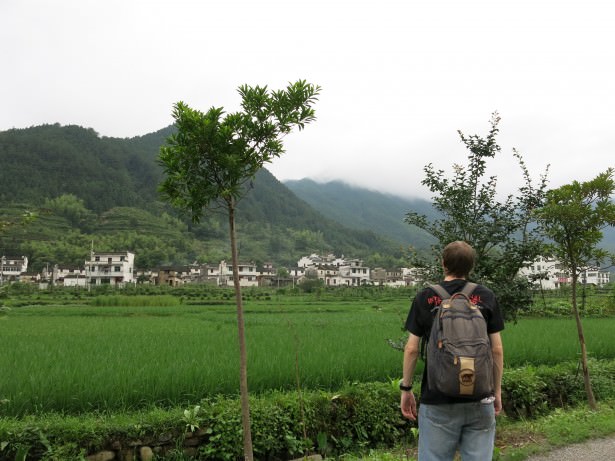 They grow rapeseed and rice here. The views in Spring might reflect the marvellous views I witnessed and wrote about in my articles on Screw Tin and Jin Ji Cun (both near Luoping) Yellow Canola Fields. 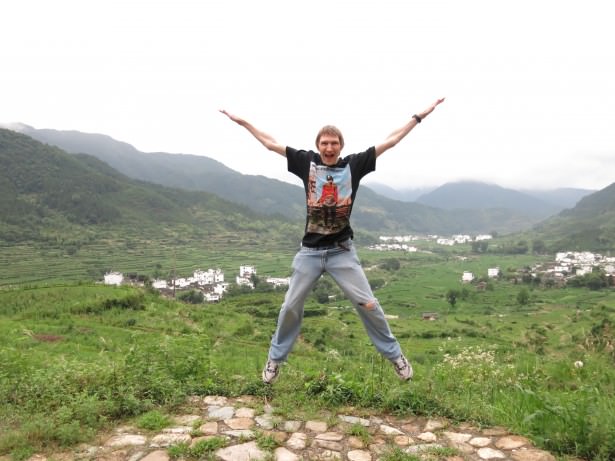 I will continue my write up of our Jiangxi Tour with a few further posts, after leaving Jiangling, we headed to Lower Xiaoqi.

My Videos from Jiangling: