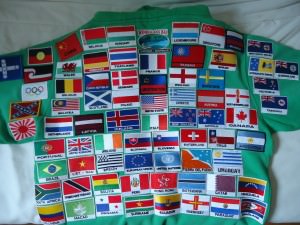 Travel Collectables on Don’t Stop Living – Iron on Patches – my colourful fleece with flags from all the countries I’ve been to.

Although I almost always travel as light as I can, I’m a sucker for travel souvenirs and collectables and over the years I have kept boxes with things from my travels in them. In this new mini series I will mention some of the things I collect. First up is country flag patches and destination patches. 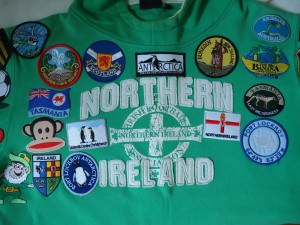 My green Northern Ireland fleece which was bought as a present and now contains over 80 iron on patches on it!

I own a green fleece with Northern Ireland written on it. This fleece was actually bought as a present from my parents about 7 years ago. When I was in Tasmania in 2010 I suddenly decided to start collecting flags from all the countries I had been to and iron or sew them onto the back of it. On the front I planned to put all other miscellaneous patches. These patches can be bought from market stalls in many destinations. Most recently I have seen them in Siem Reap in Cambodia, La Paz in Bolivia and Bangkok in Thailand. 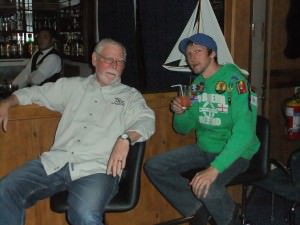 Sporting my green fleece while travelling in Antarctica with Frank S. Todd in 2010

It has now snowballed and the back of my fleece is now only for countries and colonies flags, the left arm is for places I’ve called home and the right arm is for football teams I support. 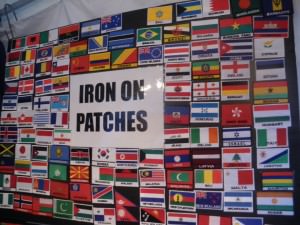 A market stall in Brisbane, Australia. This is actually where I first bought a bulk quantity of these iron on country flag patches!

Every time I visit a new country I need to buy that countries flag to iron on to the back of my fleece. I also include places like Breizh, Tierra Del Fuego and Guernsey. These places all have iron on patches available and while they are not strictly countries, it makes for more colour and variety. One thing I’m strict on is that it has to have the name of the country under the flag, and some places only have the flags, so I wait until I find a vendor that sells them with the name on it. 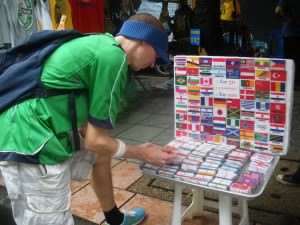 Scanning the stalls in Khaosan Road, Bangkok, Thailand for my missing iron on flag patches!

I have yet to find iron on patches for the following places (must be rectangular and contain the country/place flag with the name only below): 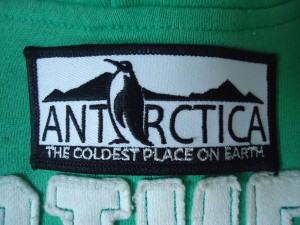 The nearest I could find to an Antarctica flag badge was this one, bought in Ushuaia, Argentina.

(If you see them or know where I can get them, please let me know!!). 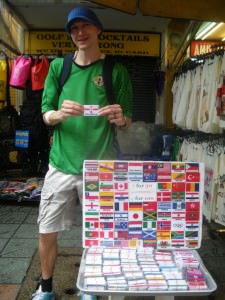 YES! I found my Northern Ireland country flag as an iron on patch in Khaosan Road in Bangkok, Thailand. This is a god place to get them in bulk for cheap.

On the front of my fleece I just collect any random patches I find that have some kind of link to my travels. I won’t add a place unless I’ve been to it. It’s become a bit of an obsession collecting these and adding them to my fleece. 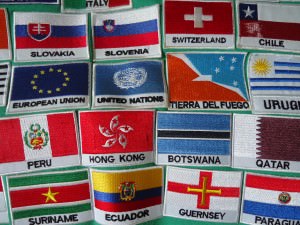 Some of my miscellaneuos iron on flag patches including Guernsey, Hong Kong, the UN, the EU and Tierra del Fuego!

I do carry my fleece with me on most of my travels, but I don’t always wear it. It’s like my pride and joy and I don’t want it getting dirty, damaged, ripped, lost or stolen! It is also quite difficult to clean. Once I have it finished, I’ll retire it and hang it up. I’ve still got room for a lot of more countries on the back having just hit the 70 mark with Brunei Darussalam this week… 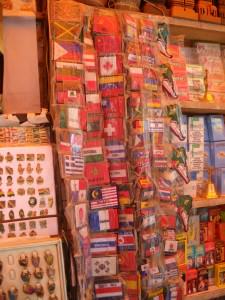 I found a great cheap stall with iron on badges in La Paz, Bolivia inside the Witches Market

There will be more travel collectables to come in this series. Some small things just remind you of your epics journeys on this magical ball. I’ll leave you with my own country’s flag, we don’t get much recognition…Northern Ireland. 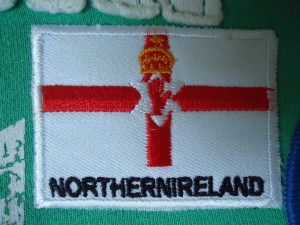 6 thoughts on “Travel Collectables: Country Flag Patches For My Fleece”