Time for another wee football post on Don’t Stop Living, and it comes from a city drenched in the sport…Manchester, England. I wrote about my trip to Old Trafford in 2005 before – on that occasion I watched Northern Ireland play England. 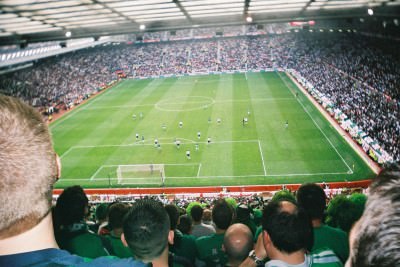 Manchester is the home of two of England’s “best” (debatable at the time of going to press) football clubs in the Premier League: Manchester City and Manchester United. And definitely, people in this city love football. Apparently there is nothing like watching live football at Old Trafford and feeling like a real red devil (one of my mates Nial Coulter is a season ticket). You might try to get Manchester United tickets and sit at the “Theatre of dreams”, the second largest football stadium in the United Kingdom, and get ready to sing: “Glory, glory, Man United, and the reds go marching on, on, on.” But then you forgot I was a massive AFC Bournemouth fan! The Championship and Leagues One and Two are where it has been at for me. 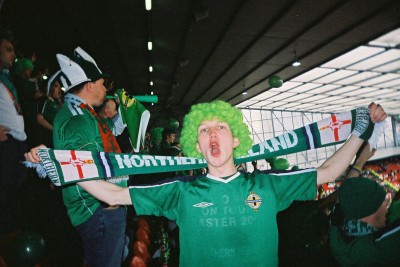 If Man United and David Moyes are not quite your cup of tea, check out the BEST team in Manchester, grab your Manchester City tickets online or at the Etihad Stadium and get romantic with “Blue Moon” before players jump on the grass. They won the Premier League in 2012 after a long wait and are challenging for the title this season too. 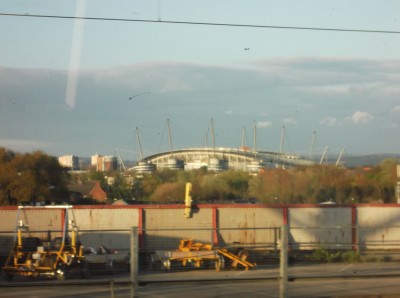 However, there is also a great football experience that doesn’t take place in a stadium: a sports pub. For us, the perfect pub is a combination of good beer, big screens, great snacks and local supporters. Here is our selection, from sporty-themed joints to more stylish venues with the latest in big screen technology:

The Seven Oaks (5 Nicholas Street): nice modern approach to the traditional pub. Situated at the edge of China Town, next to Manchester Art Gallery, it has a warm and friendly atmosphere. Its best: two enormous 92” HD screens with unbelievable 5.1 surround sound you will feel like you are in the right middle of  Old Trafford.

Walkabout: (Deansgate) This was our pub of choice in 2005 in Manchester – the pre match pus – the Northern Ireland fans were waiting outside for the place to open!! Myself included – can you find me in the photo below? 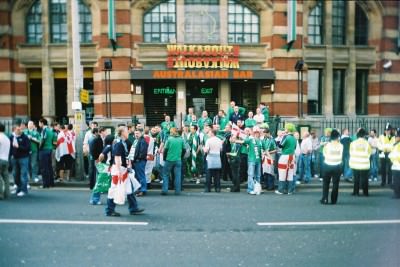 Waiting outside Walkabout in Manchester for the place to open!

Joshua Book (106 Princess Street): an alternative to a traditional pub. It is one of the UK’s best nightclubs which gets calmer during the day. This is your choice if you are looking for an extensive craft beer, which range from local to popular imports. Besides a typical English menu, they also give vegetarian options.  Watch out for the black boards that showcase the day’s specials and offers.

Tib Street Tavern (94 Tib Street): It offers a stylish approach to football. Relax and enjoy the game from comfy couches and the leather booths. You can order buckets of beer or cider a reduced price, a good deal if you are a large group. 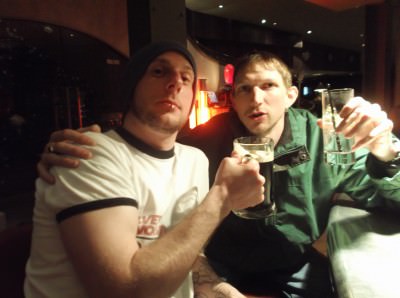 Downtown Manchester with the legendary Lock In Lee sinking the pints watching some football.

256 Wilmslow Road (formerly The Queen of Hearts): it is a must you shouldn’t miss, even if isn’t football night. They have a strong pub food menu and serve all day breakfasts until 5pm. In a sunny day, we recommend you a relaxing afternoon pint at the garden.

Montpellier’s (42 Back Turner Street): Even thought is French name, you won’t find any French cuisine but your football watching experience will be slightly different, a bite more with refinement. This café bar offers a great selection of sandwiches and rustic sharers boards, let’s say “French inspired”. I love its compiled wine list and range of draught beers. 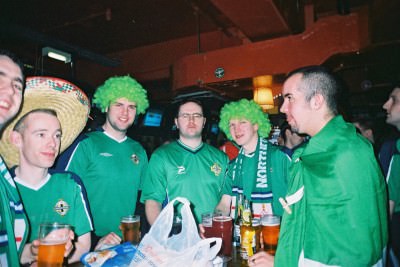 Drinking with the lads in Manchester, England

You may have read my previous post on the amazing Cluedo Pub Crawl in Manchester, also in Manchester. The same weekend we went backpacking in Bury. Despite Man United and Man City being the bigger supported teams in the city, we ended up at Gigg Lane in Bury and enjoyed it, even though the Cherries lost 1-0. 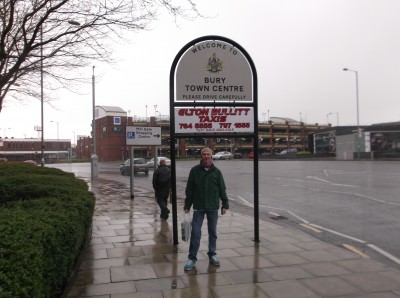 Backpacking in Bury, near Manchester.

Are you ready for a live football night at Manchester? Head to one of these most recommended football pubs in the city and spend an afternoon cheering on your team. If you discover any other cool pubs in Manc do met me know – I’m aiming to go back sometime soon! I love discovering new and groovy sports pubs in U.K.

This was written by myself and Sebas Dupont who is another football fanatic. He travels around Europe following the Champions League and writes articles for Ticket Bureau.