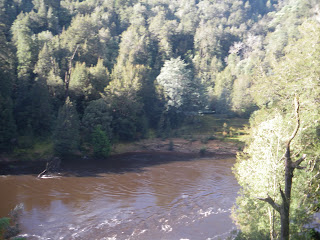 We didn’t stop at this remote location on our railway through the Tasmanian wilderness. It was once a train stop known as Campspur, but it’s no longer a stop. There is a platform there but no station.

Steel house structures remain to show where the “campsite” and buildings (rather huts) once were. 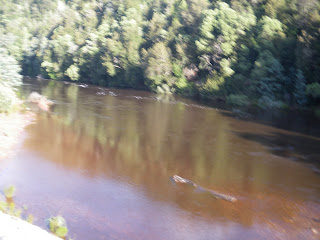 What looked like a crocodile was actually a piece of wood in the river. 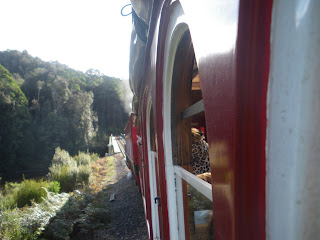 Good shot out the side of the train as we were crossing the bridge. 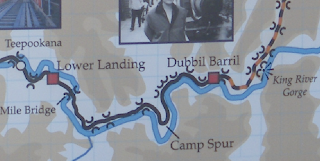 It was a location close to the river and with a good path down, so they set about putting a station here, called it Campspur and there were a few buildings, somewhere to stay and even a shop in the area.

Today on the train journey, it looked like the remains of a small forest village. Well, it would. That’s exactly what Campspur was. It was used as a sleeping area and storage “village” for the completing of the railway tracks as well.

After Campspur it was onward for a honey tasting session, at Lower Landing.


Travelled From – Dubbil Barril to Campspur (and onwards to Lower Landing)


Highlights – Seeing a former “settlement” in amongst dense forest, views of the King River, passing Swift Creek, eating my crackers and cheese, plus chocolate, passing quarter mile bridge (the largest bridge on the railway)


MANIC STREET PREACHERS – Pretension/Repulsion (I chose that song before I even realised the significance!!! Its from the Film Velvet GOLDMINE!!!):